When 'Petting Parties' Scandalized The Nation

When 'Petting Parties' Scandalized The Nation 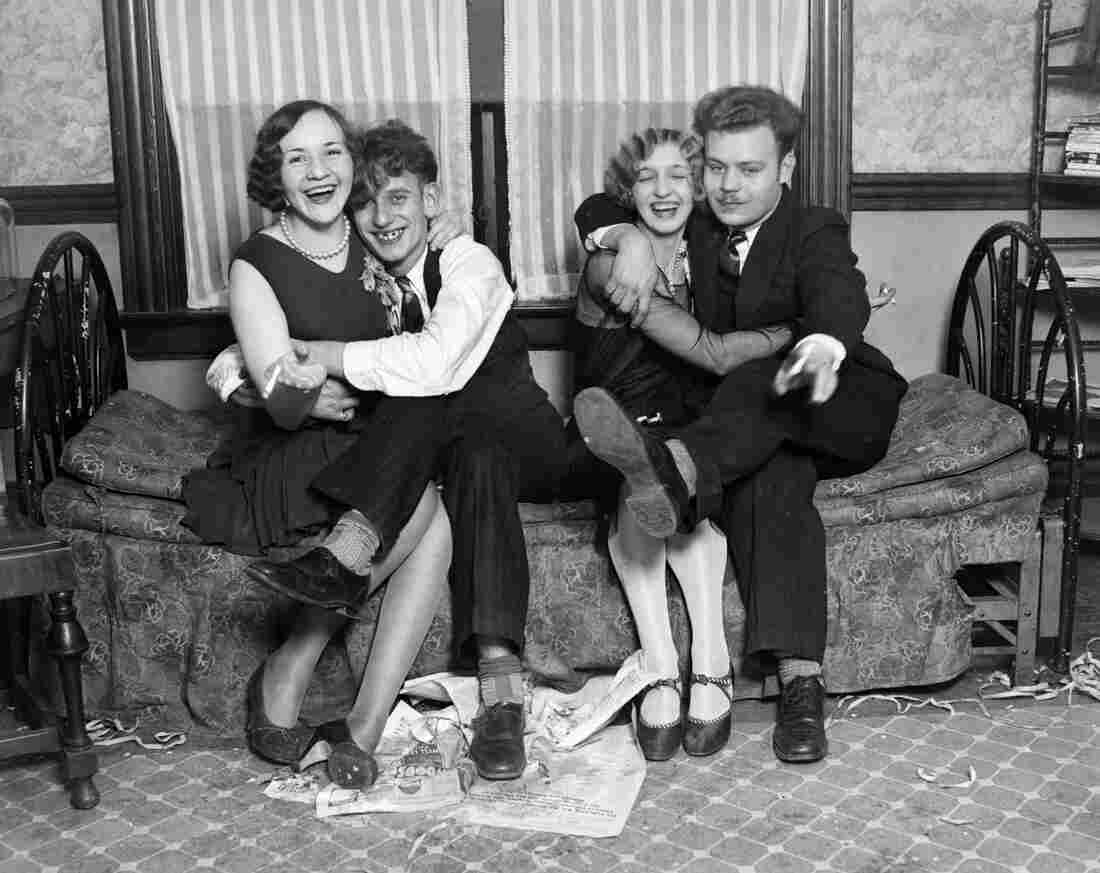 Two flapper women — with their dates — sit on a bed in Chicago, circa 1928. Kirn Vintage Stock/Corbis hide caption 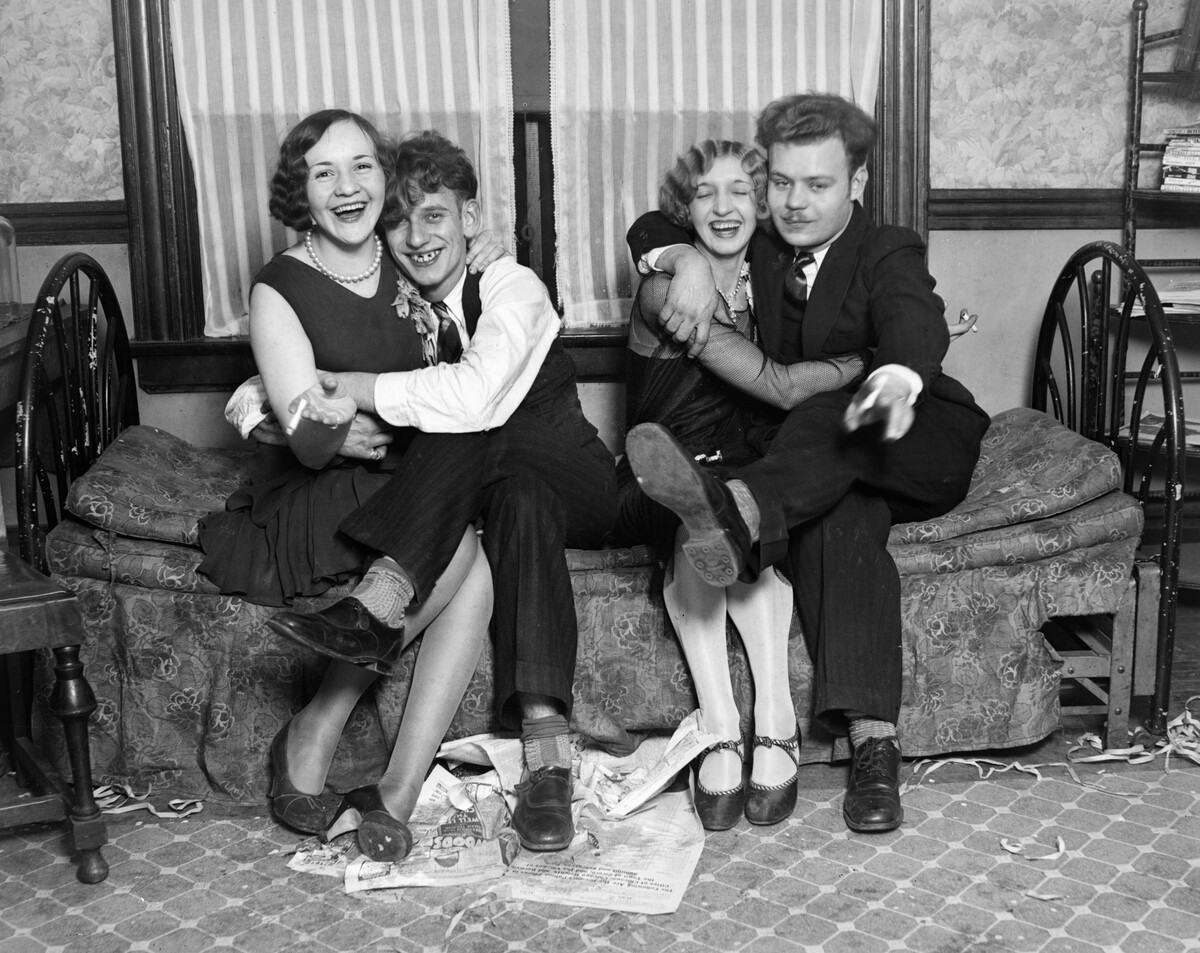 To some social observers, petting parties of the 1920s were a natural, post-First World War outgrowth of a repressed society. To others, the out-in-the-open hug-and-kissfests were blinking neon signposts on the Road to Perdition.

One of the earliest mentions of the scandalous soirees was a Washington Times story from New Year's Eve 1915. "Did you ever hear of 'petting parties'?" the reporter asked. "That, they tell me, is the name applied in Baltimore to the haunters of cosy corners and 'twosing' in general."

Over the next few years the ritual spread. Petting parties grew so popular they became targets of societal safeguardians who believed the make-out mania was tearing apart the social fabric.

Speaking to 1,500 students at Wellesley College in 1921, Mrs. Augustus Trowbridge — the wife of a Princeton professor — railed against "the vulgarity and revolting badness of petting parties." She said that the loose-moraled gatherings — along with jazz music, unchaperoned dancing and lipstick — were symptomatic of a decadent society, the Coshocton, Ohio, Tribune reported on Jan. 13.

Soon the lovey-dovey wingdings were popping up all across the country. Southerners sometimes called them necking parties. They were called mushing parties in the West; fussing parties in the Midwest and spooning everywhere, the United Press noted later in 1921. Eventually some flappers began referring to party-petting as snugglepupping.

By some, young women were seen as getting out of hand. The conservative League of American Women was formed in New York to exercise, as the New York Evening World termed it, "stricter censorship over the activities and habits of the younger set."

The powerful Women's Christian Temperance Union also weighed in on — and inveighed against — petting parties and cigarette-smoking by girls, the Gettysburg, Pa., Times reported.

Organizations of mothers and other concerned adults convened in Chicago in 1922 to determine who was responsible for "all the 'petting' or 'snuggle-pupping' that is going on," the Charlotte, N.C., News reported on March 12.

"Girls like to be called snuggle-puppies," one school administrator told the reporter. "They grant the boys liberties. Encourage them to take them and if the young chaps do not, they are called 'sissies', 'poor boobs' or 'flat tire.' "

Despite opposition, petting parties were happening in many colleges and high schools by mid-decade. The make-out sessions eventually spilled out into public spaces and onto lovers' lanes as automobiles became more commonplace. Parents and authorities turned their attention to in-car misbehavior.

The petting party fad seemed to wane as the 1920s rolled to an end. "I am pretty sure they lasted beyond the 1920s, into the 1930s, but not much beyond," Fass says. "The 1920s was a self-consciously naughty decade where young people tried to overturn earlier Victorian strictures that inhibited sexual expression. The petting party was a perfect vehicle for that. Once the new mores regarding sexual experimentation became common and normal — though still peer enforced and regulated — this kind of public display was no longer necessary."