Accessibility links
4 Forgotten Fads Of The Past : NPR History Dept. A quartet of quirky fads faded away into the American mist.

4 Forgotten Fads Of The Past

4 Forgotten Fads Of The Past 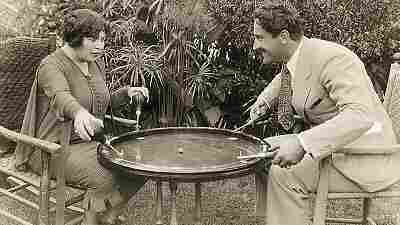 Unlike fanatics, fad-atics move from craze to craze. And America, with its short national attention span, is the perfect place for fadatics to flourish.

"How long does the typical fad last?" asks Adrian Furnham in the 2004 finance book Management and Myths. "It depends on the zeitgeist." In other words, a vat of variables.

And on our level of boredom. That is, how long can an event hold the attention of popular culture? Pet Rocks lasted a little while; rock 'n' roll, on the other hand, is here to stay. The fad became a fixture.

But true fads come and go. Talking of Michelangelo — and the other Teenage Mutant Ninja Turtles.

Here are four pretty-much-forgotten fads (one has sort of been rediscovered) from America's past:

1. Puff Billiards, circa 1900. The table game — featuring small, turkey-baster-looking puffers and a lightweight cork ball — made a splash during the holiday season of 1898. Tables came in three sizes for two, four or six players. The object was to protect the pocket in front of you as other players tried to air-pressure the ball into it, the Logansport, Ind., Pharos-Tribune reported. By February of 1906, the Indianapolis News was noting that Margaret, young daughter of millionaire Andrew Carnegie, "can play puff billiards successfully against big, black-bearded men." Puff Billiards continued to be played here and there for years, but it never caught on like pingpong or pool. 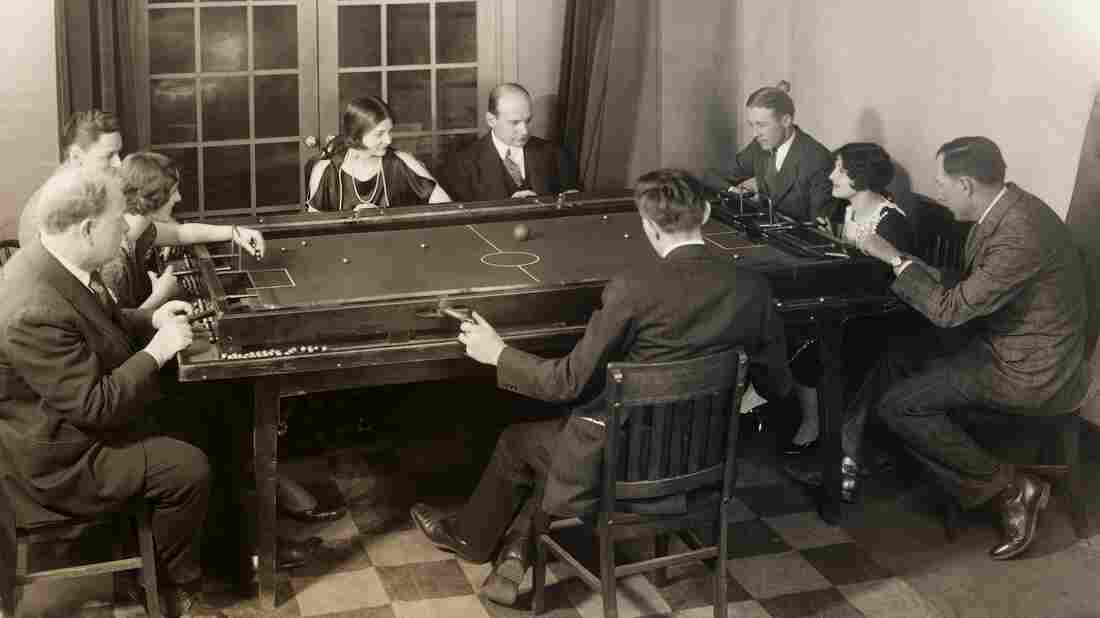 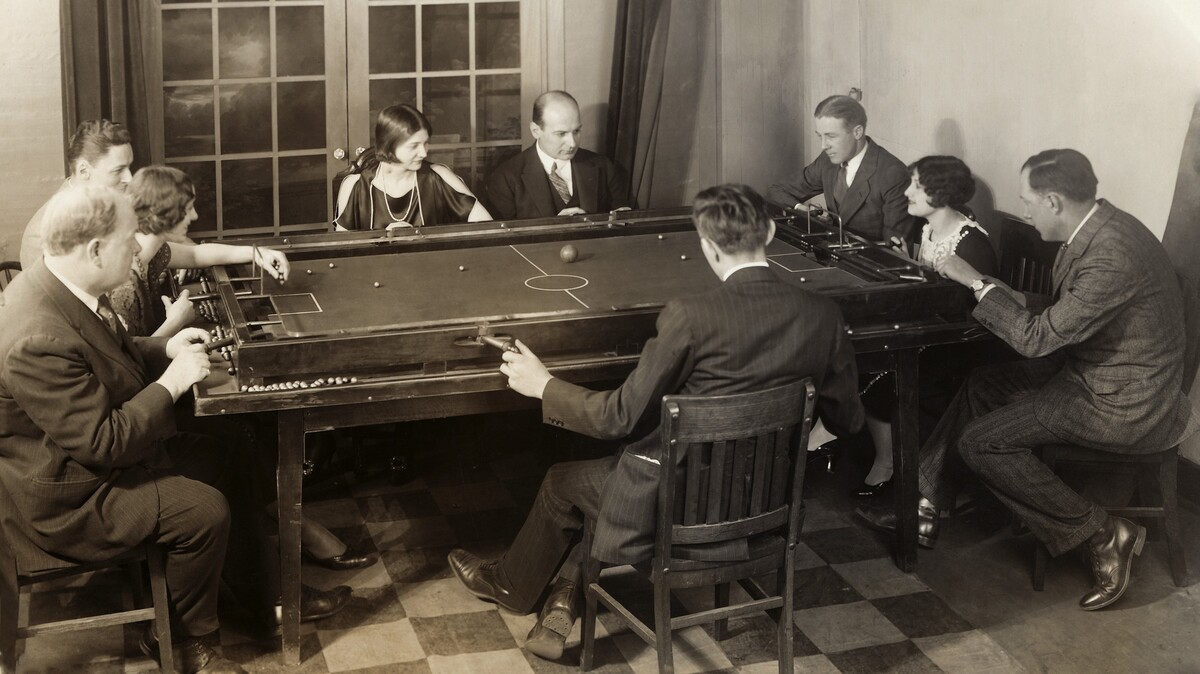 Battle Ball advocates said the game injected some excitement into the drawing room. Circa 1925.

2. Battle Ball, 1925. Like Puff Billiards, but more sophisticated. Battle Ball was a parlor table sports game that fashionable folks played in the 1920s. The Indiana, Pa., Gazette reported on June 18, 1925, that the indoor sensation had been imported from Europe. It swiftly became popular in country clubs and homes around this country. Played by two to 14 people, opponents peppered a leather ball with small metal pellets fired from fixed "guns" on the sides of the table. The object was to move the leather ball into a goal.

3. Back Painting, 1920. A la mode dresses in the 1920s plunged so deeply in the back — and exposed so much skin — that artists began painting on the bare backs of women. In the spring, newspapers across the country such as the Ogden, Utah, Standard Examiner of May 10, told of a Boston artist who excelled in the latest craze by painting tall sailing ships that stretched up between the shoulder blades of stylish women.

4. Engraved Divorce Cards, 1890s. This fad lasted a while. In April of 1896, the Algona, Iowa, Courier reported that parents in South Dakota had sent out cards announcing the divorce of their daughter. By 1924, the stationery industry was in on the fad. The sender "takes pleasure" in announcing his or her divorce with professionally engraved cards, attendees at the annual Engravo-Graphia conference in Milwaukee, Wis., were told, according to the Freeport, Ill., Journal Standard of July 9. Today, of course, there is sort of a revival of the fad, the Huffington Post tells us. Now everyone can send divorce cards — the participants and the spectators, as well.