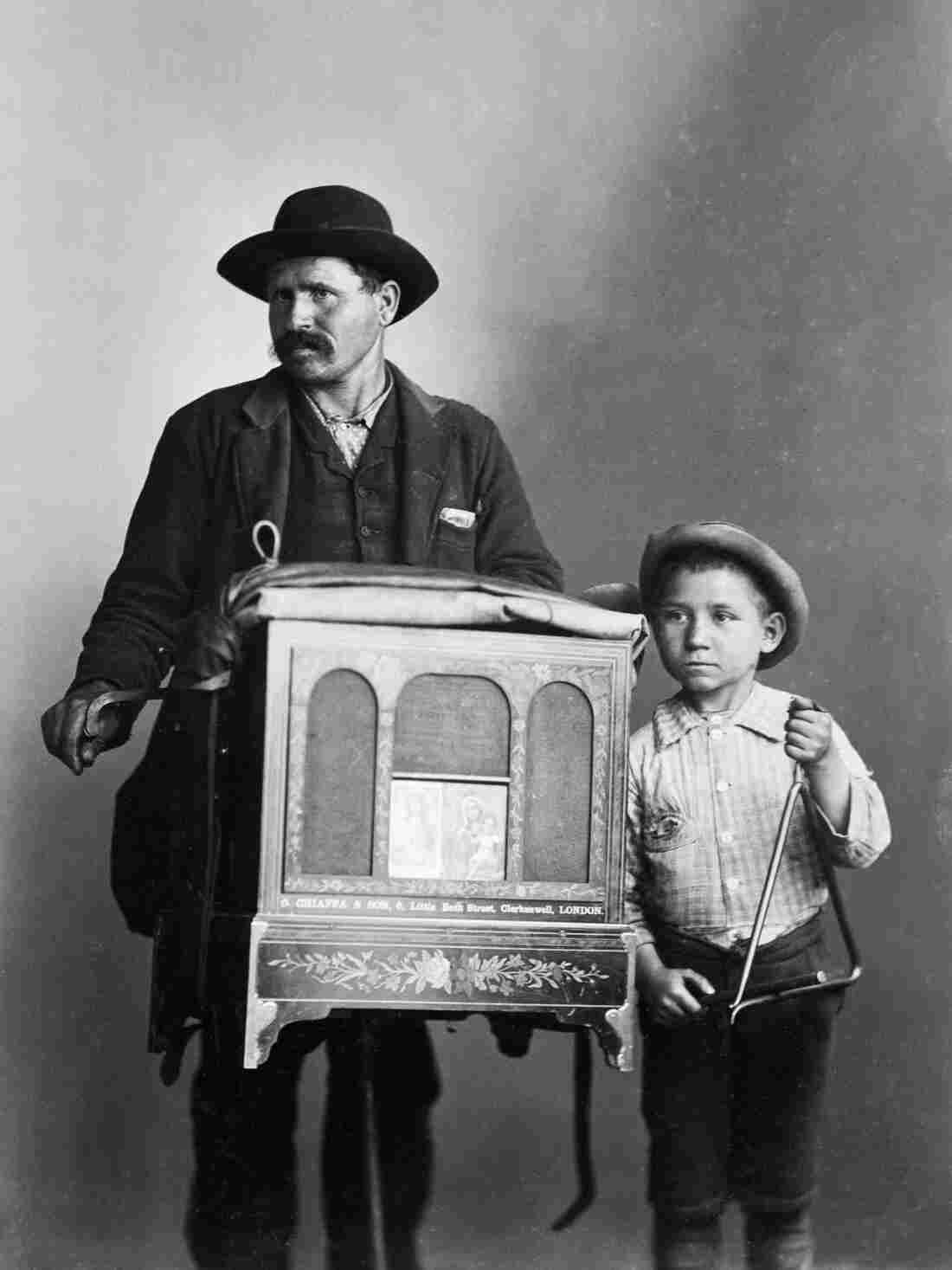 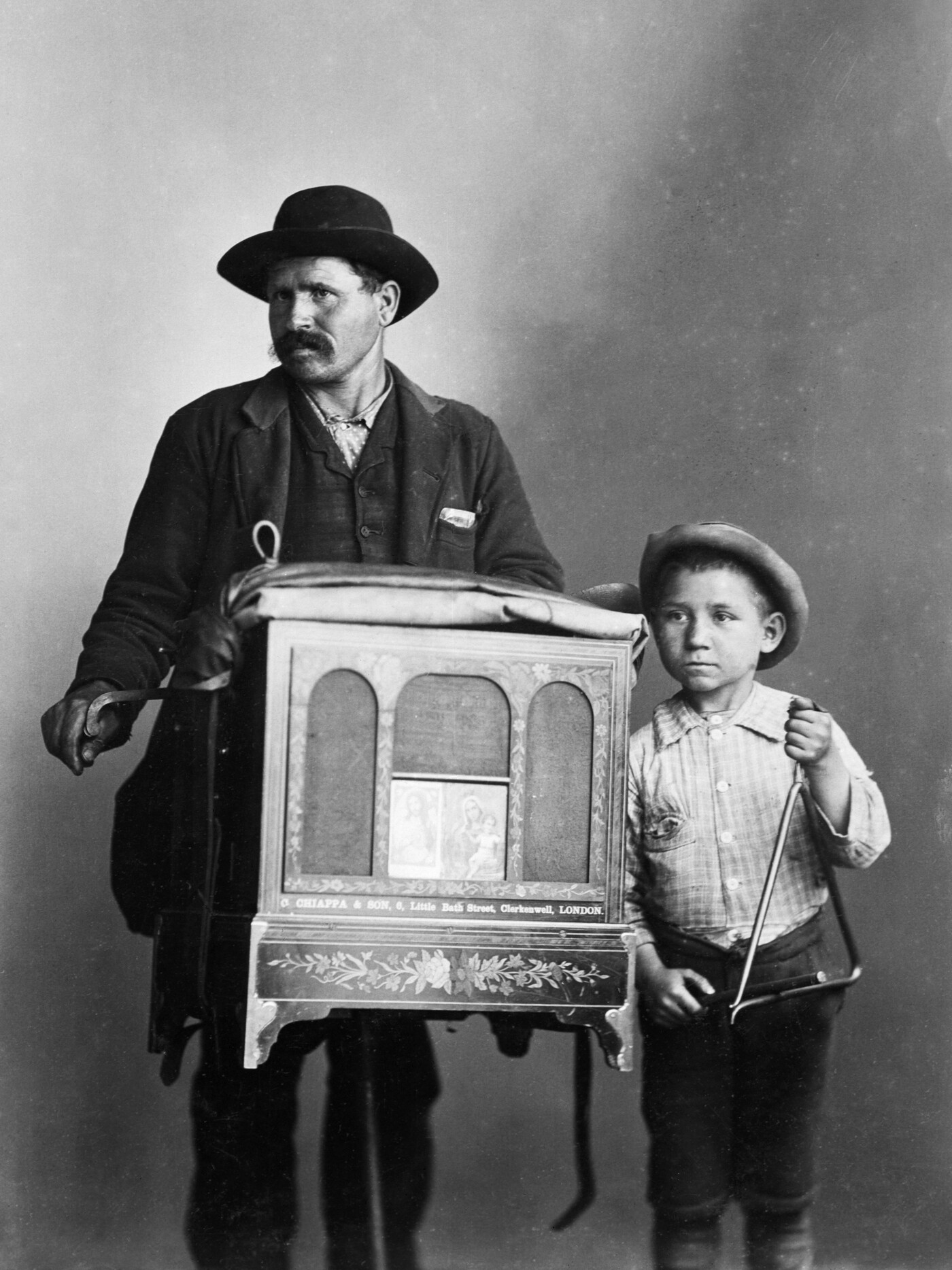 An organ grinder and child in Chicago, 1891.

Under the headline "Signs of Summer" in 1916, the New Castle, Del., Herald listed: lollipops, robins, bare feet and street pianos.

Yes, in the 19th and early 20th centuries, street pianos were everywhere. Their perky, plinky, preset music — playing the same songs over and over — filled the air in towns across America.

This 1937 Popeye cartoon gets at the dichotomy of opinion on street piano music.

Often mounted on wheels or on a monopod, the wooden-cased street piano or barrel piano or barrel organ — the terms were sometimes used interchangeably — came in several sizes. Like a portable player piano, the street version was usually operated by a hand crank, and it played prefab popular tunes, such as polkas, quadrilles, waltzes and show songs.

"When the piano man arrives before your door there instantly gathers from the thin air a crowd of children, and when the music begins off they go, up and down the smooth pavement, dancing to the music," a Washington bureau reporter of the Saint Paul, Minn., Globe wrote in the spring of 1892.

With its origins in Italy, the street piano's salient feature — for better or worse — "was its loud tone to be heard above street sounds," according to the 2004 book The Piano: An Encyclopedia. By tradition, many of the pianists, or organ grinders, as some of the players were known, were from Europe. Both men and women operated the instruments. 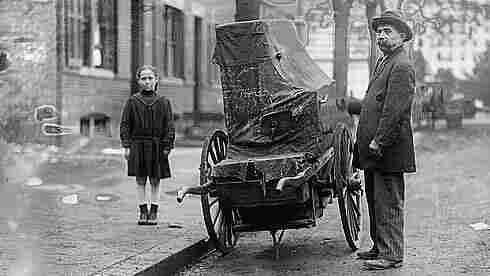 Some Americans hated the rinky-tinkiness and repetition of the street piano. "It is a dull crowd the organ grinder appeals to," observed the Reading, Pa., Times in July 1898. In some hamlets — such as Allentown, Pa., and Brooklyn, N.Y. — organ grinders were fined or arrested because they refused to stop playing. The city of Somerville, Mass., declared "war on organ grinders," the Fitchburg Sentinel stated in September 1893.

Other Americans loved the lilting, uplifting tunes, wafting through the breezes, and traditionally showed their appreciation with tips. Small children, companions or, most famously, leashed monkeys sometimes accompanied the grinders to collect the money after songs. 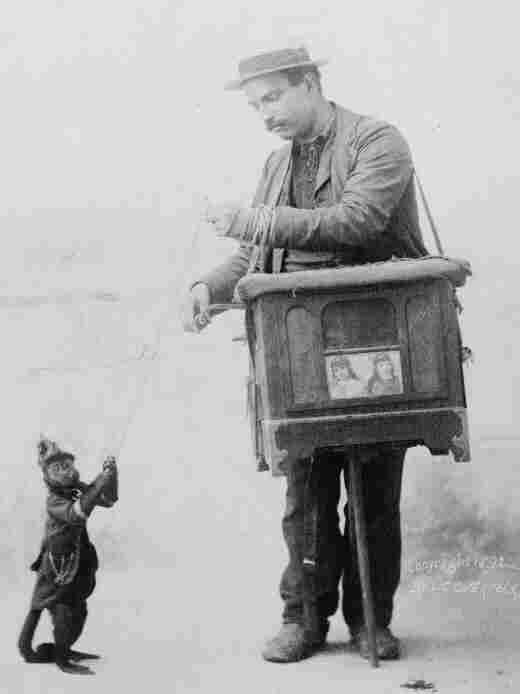 An organ grinder and his monkey, postcard dated 1892. Library of Congress hide caption 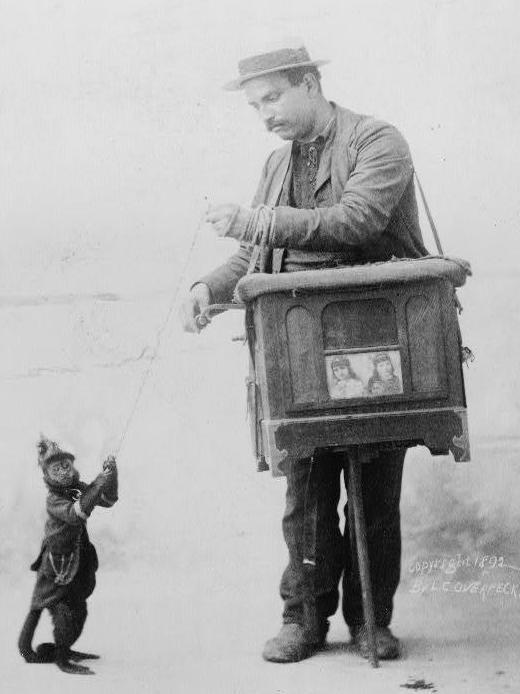 An organ grinder and his monkey, postcard dated 1892.

Through the years there are many other tales of tragedies, trials and tribulations surrounding the itinerant street piano player in America. Whether the odd occurrences happened to the musician or because of the musician, history does not always reveal.

By the time World War II broke out, phonographs and radio were replacing street pianos and their grinders. And interest in other forms of entertainment was on the rise.

For the most part, all that remained of street pianos were the stories. And the mystery of why certain street piano players had been magnets for mischief and malevolence.

The performers — machine operators, actually — were sitting ducks: vulnerable, attention-drawing characters encumbered by the tools of their trade. Perhaps the same often-treacly tunes, played on infinite repeat, set people's nerves on edge. Maybe the melodious monotony had a similar effect on some of the musicmakers themselves; that is, constant cranking made them constantly cranky.

One item from the Hutchinson, Kan., News of June 1909, might shed some light on the subject: An organ grinder was in a New York court, so the story — or urban legend — went. The judge asked the musician how much he made as a street pianist. He said he made about $20 a week. "What?" said the judge in amazement, you "get $20 for playing a street piano?" The musician responded that, in truth, he only made a couple of dollars a week for playing the music. Most of the money he made was from people paying him to go away.

Turning The Public Into Performers With 'Street Pianos'

Street pianos of America's past are not to be confused with the contemporary street piano movement. "As far as I know, the 'street piano' is a new phenomenon, like a 'pop up' restaurant," says Stuart Isacoff, a piano historian and author of A Natural History of the Piano. "There are events — like Play Me, I'm Yours — in cities around the world in which upright — rather than large grand — pianos are placed in various locations and people are invited to play them. But this type of piano happening is more current — a happening — than it is historical."