Accessibility links
Hats Off To Women Who Saved The Birds : NPR History Dept. At the turn of the 20th century, millions of birds were being sacrificed for fashionable hats — until women flocked together to protest. 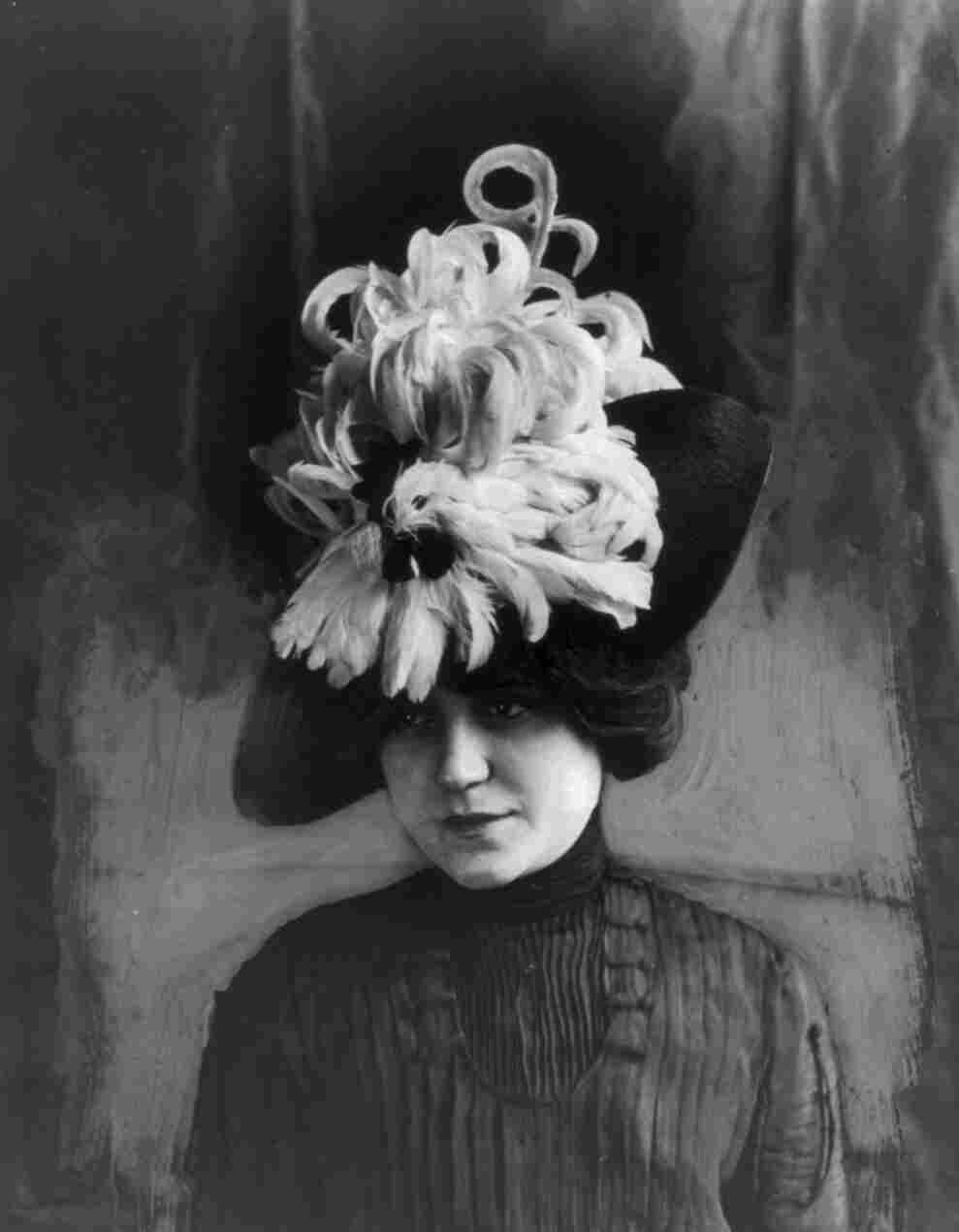 Woman wearing a "Chanticleer" hat made of bird feathers, circa 1912. Library of Congress hide caption 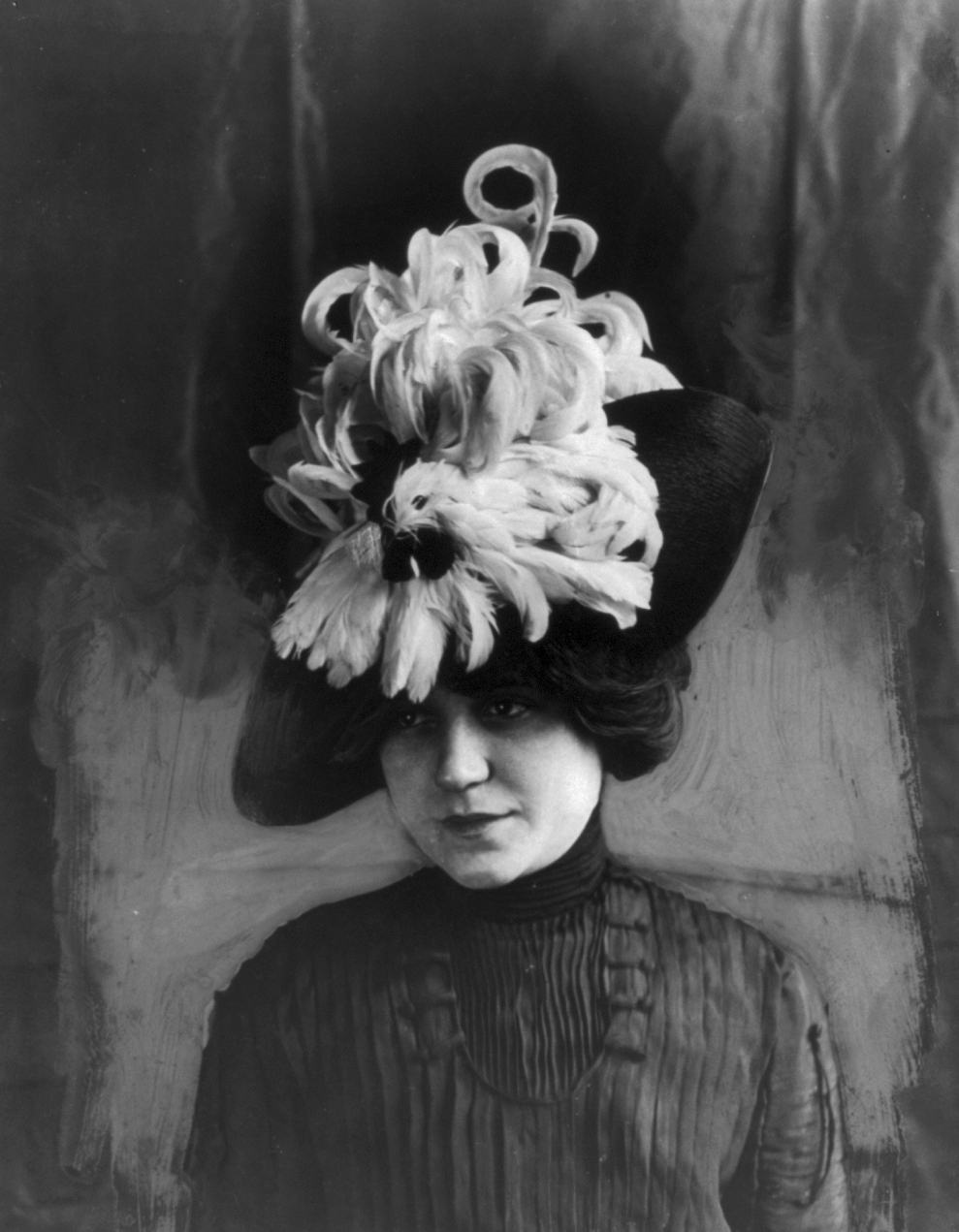 Woman wearing a "Chanticleer" hat made of bird feathers, circa 1912.

The battle over the commercial trade in bird feathers in the late 19th and early 20th centuries "was one of the first times we saw a popular movement coalesce in defense of the environment, and not surprisingly it was to save birds," says Brigid McCormack, executive director of Audubon California and vice president of the National Audubon Society.

American fashionistas were in a frenzy over feather hats. Haute headwear made from real bird plumage was seen everywhere. The delirium was so widespread, in fact, that by 1886, writes Douglas Brinkley in The Wilderness Warrior: Theodore Roosevelt and the Crusade for America, "more than 5 million birds were being massacred yearly to satisfy the booming North American millinery trade. Along Manhattan's Ladies' Mile — the principal shopping district, centered on Broadway and Twenty-Third Street — retail stores sold the feathers of snowy egrets, white ibises, and great blue herons."

He continues, "Dense bird colonies were being wiped out in Florida so that women of the 'private carriage crowd' could make a fashion statement by shopping for aigrettes. Some women even wanted a stuffed owl head on their bonnets and a full hummingbird wrapped in bejeweled vegetation as a brooch." 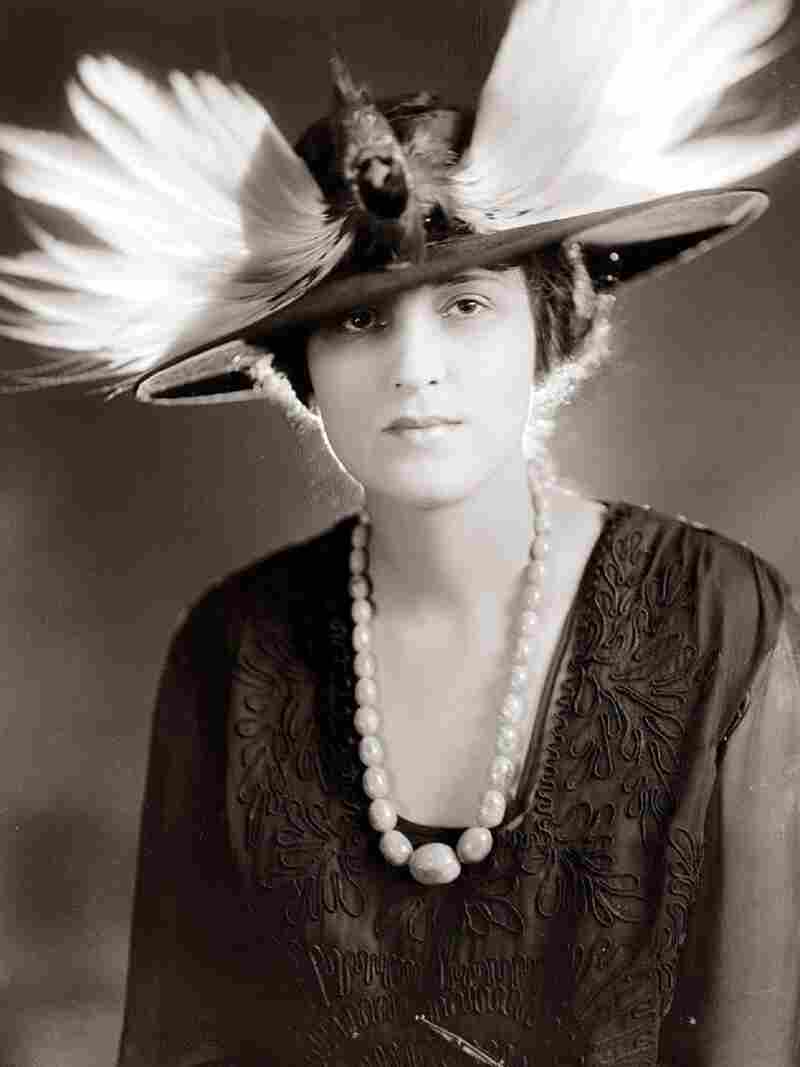 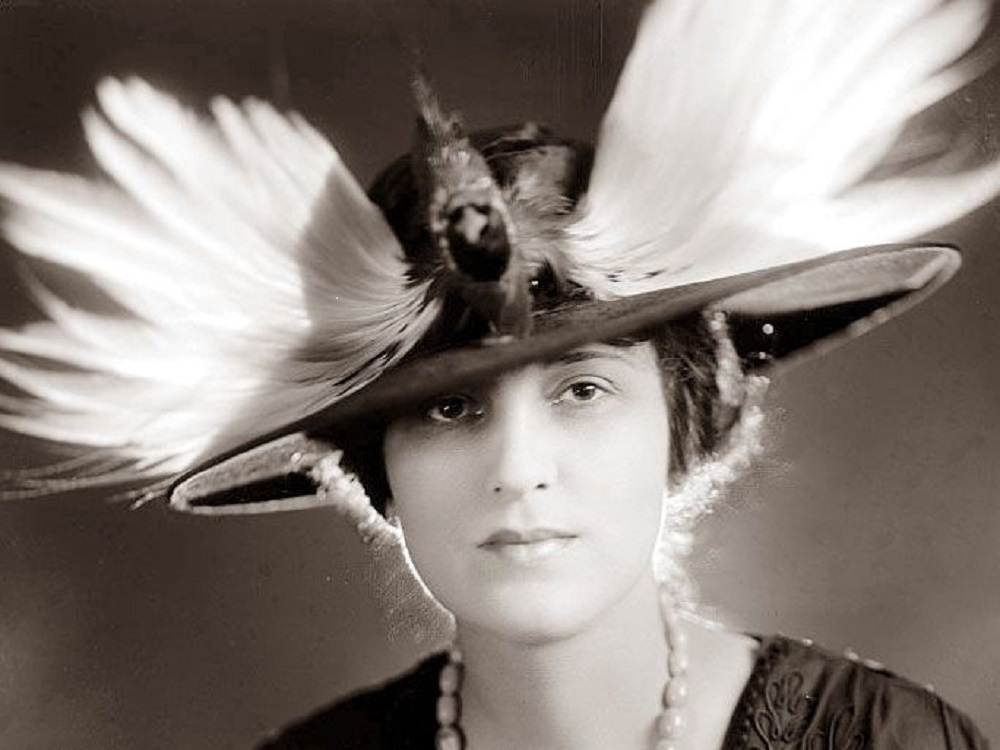 Woman in a feather hat.

The statistics were staggering. Good Housekeeping reported in its winter of 1886-1887 issue: "At Cape Cod, 40,000 terns have been killed in one season by a single agent of the hat trade." On Cobb's Island along the Virginia Coast, an "enterprising" New York businesswoman bagged 40,000 seabirds —at 40 cents apiece — to meet the demands of a single hat-maker. The magazine questioned the sense — and sensibilities — of such inhumane behavior.

"Humanitarians and reformers may labor to save the birds," observed the Norfolk Virginian on Sept. 29, 1897, "but these labor in vain and will so long as fashion says to womankind wear wings, and mirrors tell the fact, fatal to birds, that feathers are becoming."

Not everyone, however, was so bird-thirsty.

By the late 1890s, women conservationists around the country were rallying to protect America's birds. Like a confusing fall warbler, the national debate darted back and forth — lighting on the women of nature and the nature of women.

In Boston, socialites Harriet Lawrence Hemenway and Minna B. Hall staged tea parties to inform their rich friends that birds were disappearing at an alarming clip, William Souder writes in the March 2013 Smithsonian Magazine. He quoted Hall: "We sent out circulars," Hall later recalled, "asking the women to join a society for the protection of birds, especially the egret. Some women joined and some who preferred to wear feathers would not join." 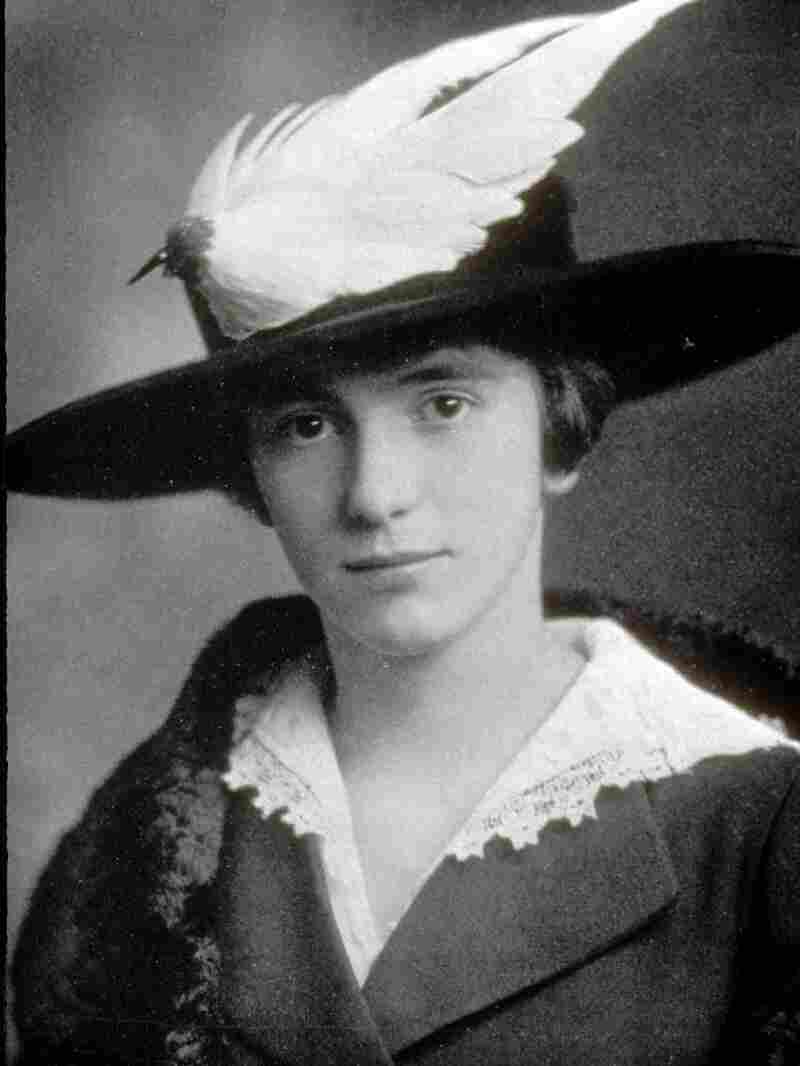 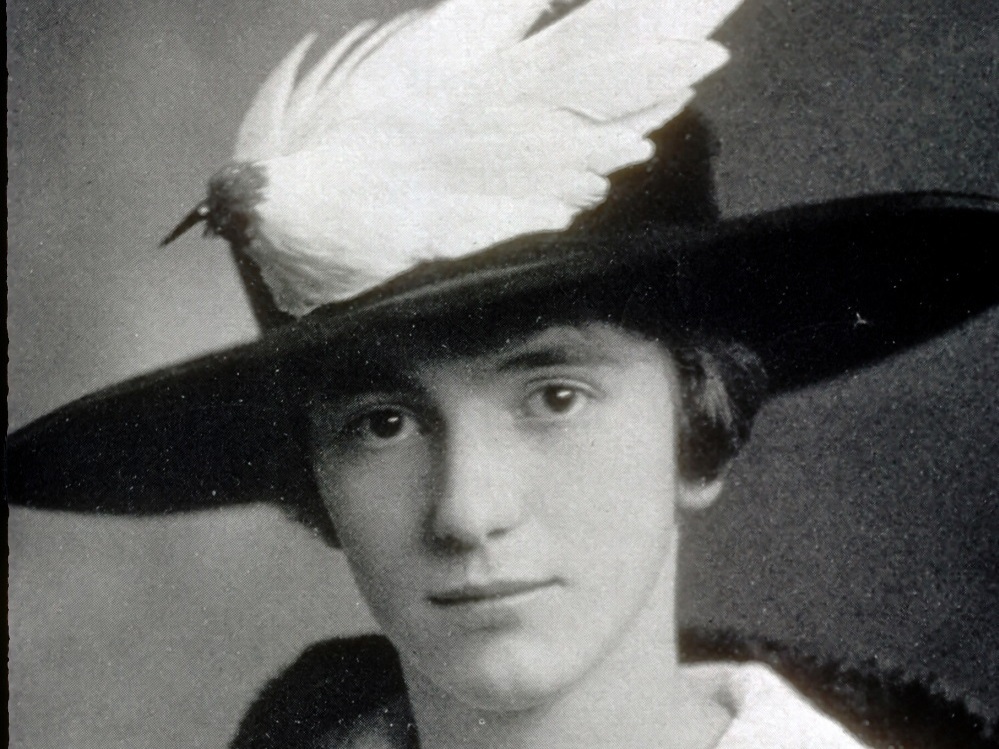 Woman in a bird hat.

Souder goes on: "Buoyed by their success—some 900 women joined this upper-crust boycott—Hemenway and Hall that same year organized the Massachusetts Audubon Society. Audubon societies formed in more than a dozen states; their federation would eventually be called the National Audubon Society."

The Chicago Daily Tribune of Oct. 24, 1897, asked women to save wild birds from extinction by pledging that "they would not wear birds or bird plumage of any kind except ostrich plumes on their hats." Ostrich plumes, the editor explained, can be gathered without torturing or killing the bird.

Such solidarity, the report noted, had forced one large Chicago mercantile company to stop using "the plumage of song birds in trimming hats."

Sara A. Hubbard, director of the Illinois Audubon Society, told the paper: "I expect to live to see the time when the wearing of bird plumage will be a brand of ignorance."

Other voices across the nation joined the chorus. "Protect the Birds," intoned the Indianapolis, Ind., News in a display ad on April 1, 1902. A clipped coupon and a penny could be exchanged for a Meadow Lark Audubon Society button. 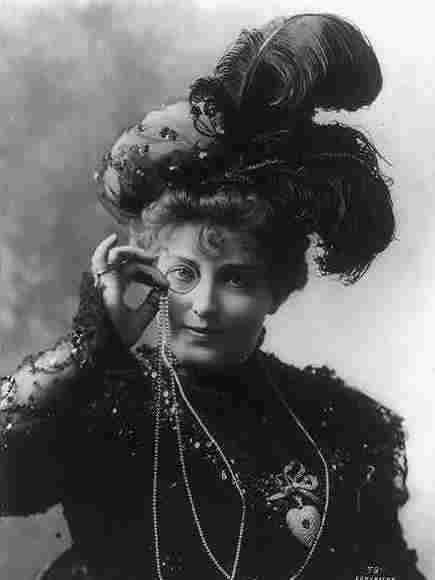 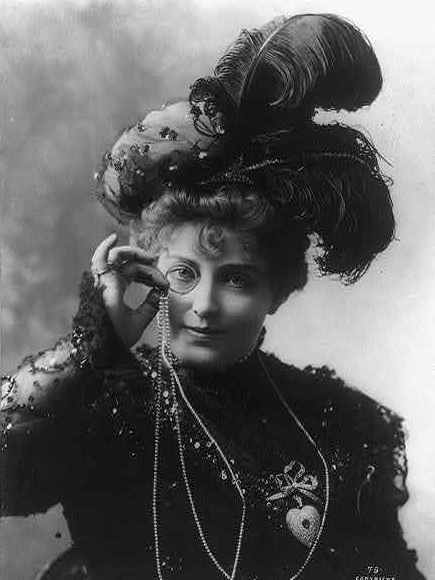 In 1903, Brinkley writes, President Roosevelt signed an executive order protecting Pelican Island in Florida as a federal bird reservation, the first of many.

And the Greensboro, N.C., Patriot on April 15, 1908, underscored the importance of federal protection for songbirds.

Contemporary women were showing strength in many ways, wrote Minnie Moore Wilson in the April 27, 1912, Forest and Stream. If only "all the well-to-do women in America would absolutely stop wearing feathers in their hats tomorrow."

Pressure on the millinery industry intensified. Protests by Audubon societies and other bird-lovers were mounted, and state and federal laws — such as the Lacey Act of 1900 and the Weeks-McLean Act of 1913 — were passed.

Despite the regulations, some hatmakers continued to fashion feathery creations. The Brooklyn Daily Eagle reported on Feb. 8, 1914 that Oregon hunters were making good money shooting hundreds of grebes a day for the breast feathers. Boxes of grebes were being sent to California factories labeled "coyote skins."

Eventually, the Migratory Bird Treaty Act of 1918 — which made it "unlawful to pursue, hunt, take, capture, kill, possess, sell, purchase, barter, import, export, or transport any migratory bird" — effectively put an end to the omnipresent bird and feather hats.

The Migratory Bird Treaty Act has been enhanced and expanded over the years. And now the U.S. Fish and Wildlife Service hopes to widen the law even more, Audubon reports, to protect birds from wind turbines and cellphone towers — the omnipresent fashions of today.