12 Lost American Slangisms From The 1800s

12 Lost American Slangisms From The 1800s 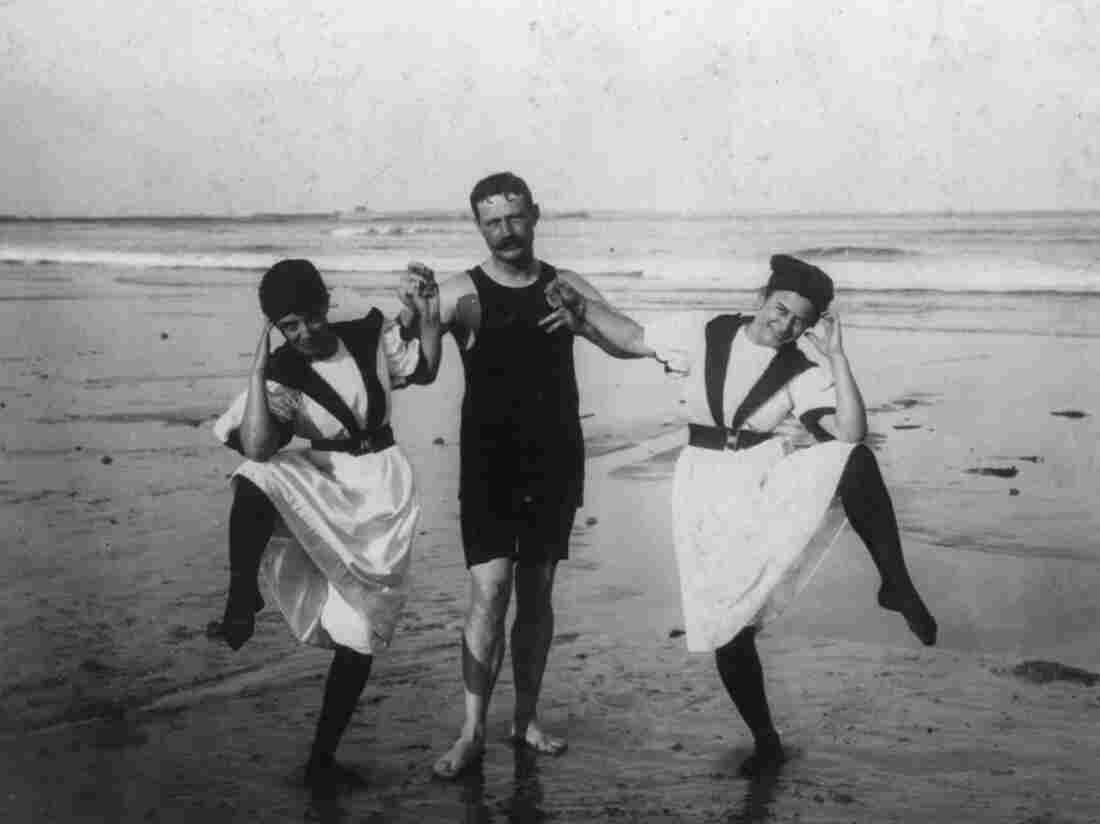 Bathers at the beach, 1897. Library of Congress hide caption 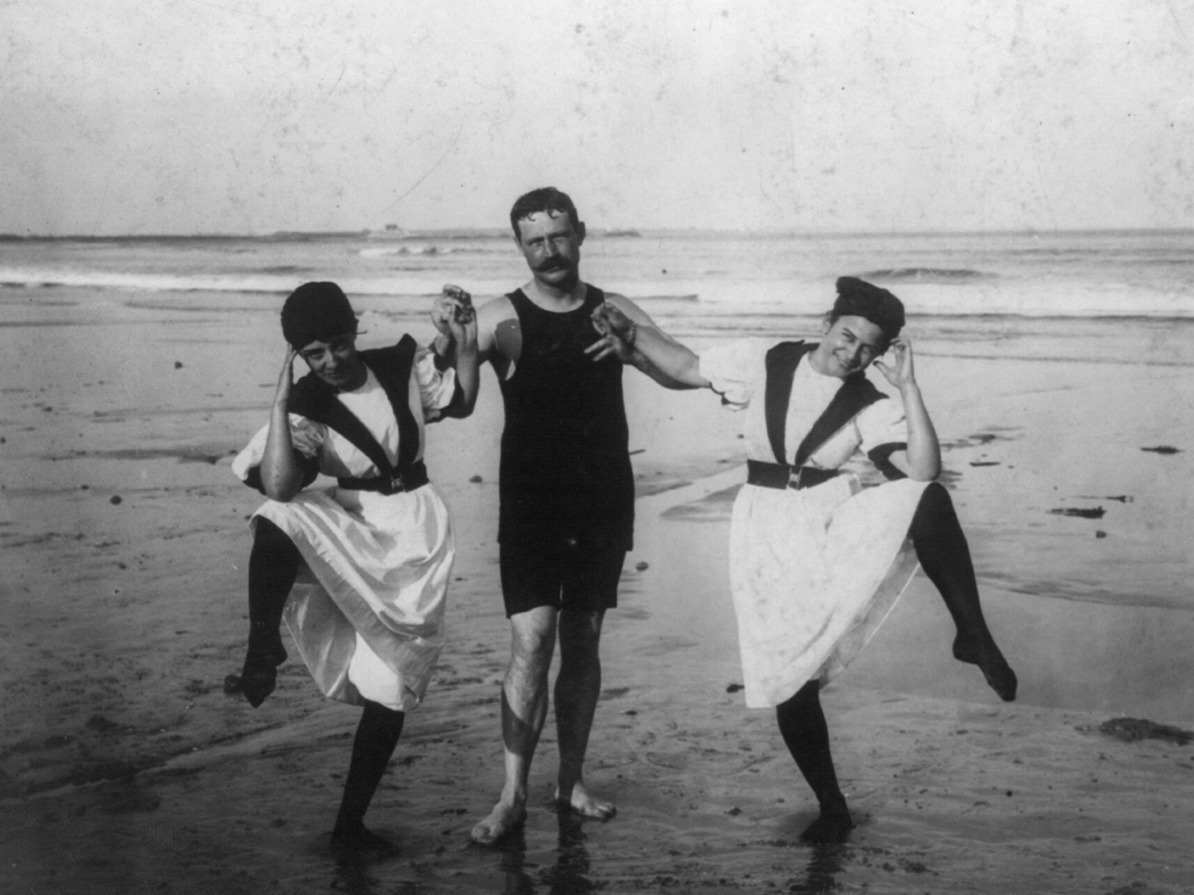 Phrases phase in and out of everyday usage. Especially in the global hodgepodge that is American English. Sometimes, however, there are phrases forgotten that perhaps should be sayings salvaged.

Informal words and expressions that popped up in popular parlance, especially in the 19th century, says Lynne Murphy — an American linguist who teaches at the University of Sussex in England — are "going to stay fairly local, and so there can be a lot of variation not just between countries, but between cities, between social classes, et cetera."

Murphy, who also oversees the language-watching blog Separated by a Common Language, says: "English has a rich variety of means for making new words — and then a lot of slang is just giving new meaning to old words."

Here are an even dozen, pretty much forgotten slanglike words or sayings from the 19th century, rediscovered while delving in the archives — and with added guidance from James Maitman's 1891 American Slang Dictionary:

1) Too high for his nut — beyond someone's reach. "That clay-bank hog wants the same pay as a Senator; he's getting too high for his nut," according to a grammar-corrected version of the Oakland, Calif., Tribune on Jan. 12, 1885.

2) Bottom fact — an undisputed fact. "Notwithstanding all the calculations of the political economists, the great bottom fact is that one man's honest, steady work, rightly applied, especially if aided by machinery and improved modes of conveyance and distribution, suffices to supply the actual needs of a dozen burdensome loafers," according to the Brooklyn Daily Eagle of Jan. 31, 1871.

3) To be Chicagoed — to be beaten soundly, as in a baseball shutout. "Political corruption ... if the clergy only keep to that topic, Lincoln will be Chicagoed!" from the Plymouth, Ind., Weekly Democrat of June 7, 1860.

4) See the elephant — to see all the sights of a town, especially the edgier aspects. "A young Sioux Indian from Haskell Institute ... said he was going to Chicago to hunt buffalo. He was told there was no game of that kind there, but that if he wanted to see the elephant he was on the right track," the Lawrence, Kan., Daily Journal reported on Sept. 2, 1891. Also sometimes used by members of the military to describe going to war.

5) How came you so — inebriated. Describing an illustration, a reporter in the Gettysburg, Pa., People's Press of May 22, 1835, wrote: "A gentleman a little 'how came you so' with his hat on the back of his head, is staggering about in the presence of Miss Fanny, who appears to be quite shocked."

7) Shinning around -- moving about quickly. "It is shinning around corners to avoid meeting creditors that is sapping the energies of this generation," opined the Dallas, Texas, Daily Herald on Oct. 31, 1877.

8) Shoddyocracy — people who get rich selling shoddy merchandise or services. "A lady of the shoddyocracy of Des Moines found, on returning from a walk, some call cards on her table," observed the Harrisburg, Pa., Telegraph of June 30, 1870.

9) Some pumpkins -- a big deal. "If there was any kind of trading," noted the Grant County Herald in Wisconsin on July 17, 1847, "in which Simon B. ... flattered himself he was decidedly 'some pumpkins,' it was a horse-trade."

10) Like Thompson's colt -- doing something unnecessarily, like jumping a fence when the rails have been removed. "Thompson's colt," a reporter in the Saint Paul, Minn., Globe of Nov. 20, 1882, wrote, "was such an infernal idiot, that he swam across the river to get a drink."

11) Tell a thumper -- construct a clever lie. "When anyone told a thumper more palpably outrageous than usual, it was sufficiently understood ..." Reminiscences of the Turf by William Day, 1891.

12) Wake snakes — get into mischief. "So I went on a regular wake snakes sort of a spree, and I went here and there turnin', twistin' and doublin' about until I didn't know where or who I was," a man testified in court as to why he was intoxicated, according to the New Orleans, La., Times Picayune of Aug. 15, 1842.

We asked Lynne Murphy to comment on a few items in the list above. Lally-cooler, she says, is "a sort of nonsensical compound ... though maybe it's less nonsensical than it seems." See the elephant is "an expression based in a fable" — the Blind Men and the Elephant. And to be Chicagoed is "a verbing of a place name. In the last case, I'm not findng any verbed place names in Britain, but in the same era, there was definitely verbing of personal names here, for example boycott."

She adds: "I'm sure we could find nonsensical-looking words — it was Lewis Carroll's time after all — and verb phrases of the verb-the-animal type, but I'm not sure about ones with fable origins."

In that pursuit, researchers may be buffaloed.