Accessibility links
The Back Story: A Photo Trend From The 1890s : NPR History Dept. Ever notice how some people from the distant past turned their backs to the camera?

The Back Story: A Photo Trend From The 1890s

The Back Story: A Photo Trend From The 1890s 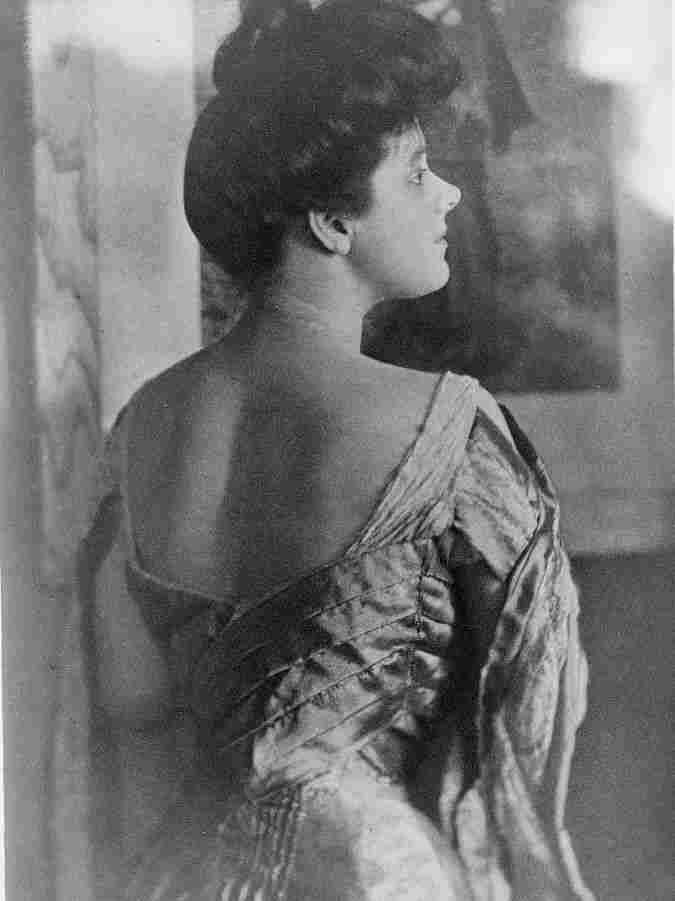 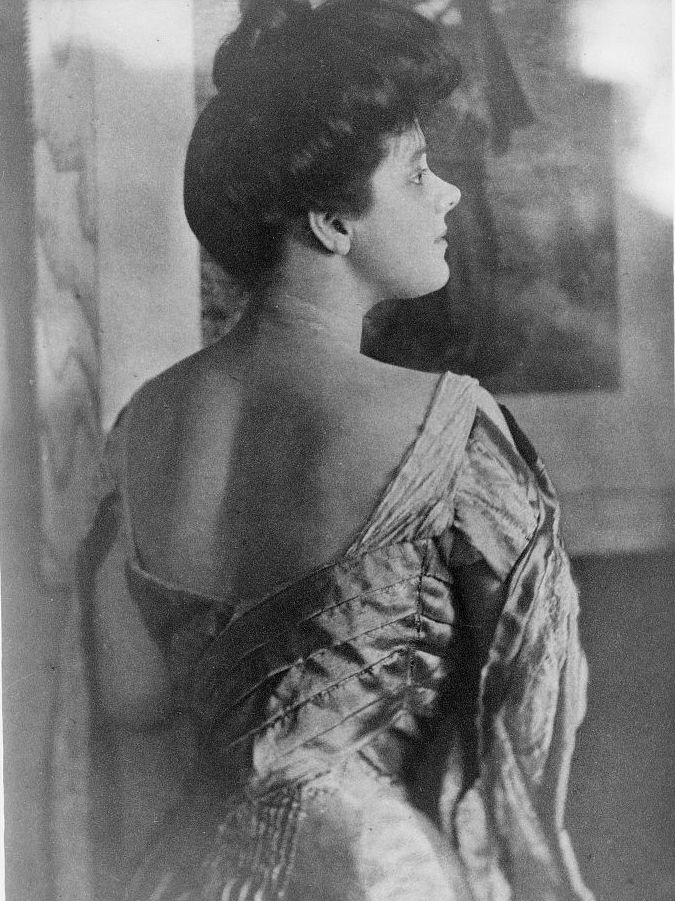 In the early years of photography, shooters in America began taking pictures of people from the back. Thumb through old turn-of-the-20th century snapshots — in this country and in Europe — and you are liable to see women, men, couples facing "the wrong direction."

Sometimes you see only one eye of the subject; other times, no eyes at all. 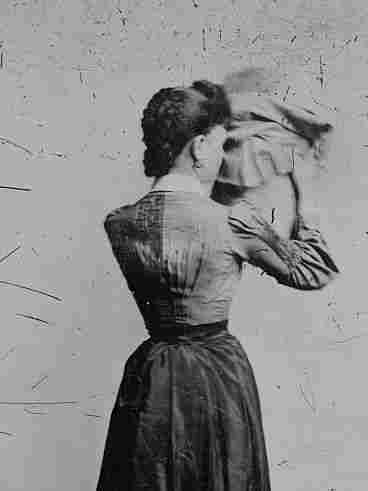 Woman holding a bonnet, with her back to camera, between 1880 and 1900. Library of Congress hide caption 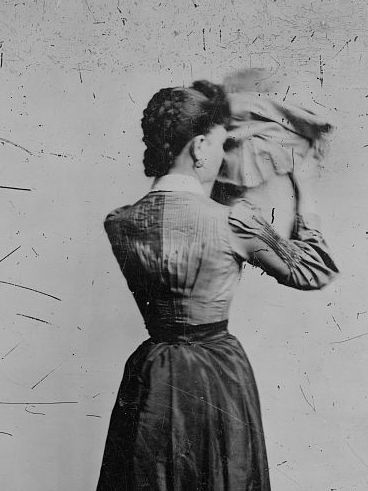 Perhaps the folks chose to be shot this way. As if their back sides are their best sides. Or as if the camera is a time-delayed mirror and they are curious what the dark-moon side of their bodies might look like. Or as if they do not want to show all their cards at once.

Maybe it was the photographers, exploring more than faces and full frontal personality. Capturing the tails sides of the coins.

Could the trend have begun with actors?

"At the next annual gathering of the photographers of this country," a wag remarked in the Chicago Daily Tribune on Aug. 3, 1891, "if they will kindly inform us why it is that when an actress sits for her picture, she turns her back on the camera and twists her neck so that her chin hangs over her left shoulder a good deal of the mental strain will be removed from the rain of an agonized public."

Regardless, pretty soon lots of people – from many different walks of life — were posing recto and verso. A columnist noted in the Philadelphia Times, 1896, "The latest thing in photography is to have one's back taken." The item went on to suggest that some were proud of their backs and arms. 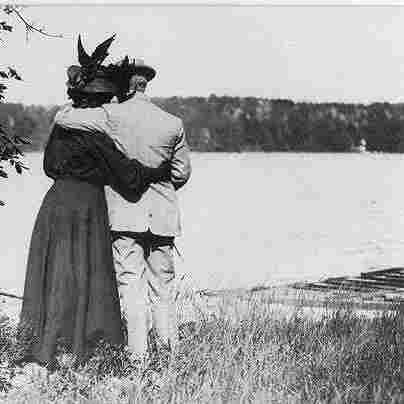 A loving couple, circa 1907. Library of Congress hide caption

Backs To The Future

So, looking back, what was that all about?

To Mary Lou Marien, professor emeritus of art history at Syracuse University, some of those back shots may have been the early versions of glamour shots. "Looking-over-the-shoulder shots have a certain frisson," she says, "which continues in today's celeb photo."

She says, "The turn of the body away from the camera has several mixed meanings: hiding; teasing, innocence, etc. The head, turned as much as possible or part way, can be a come-on or a tease."

Sometimes the subject turned completely away from the camera. 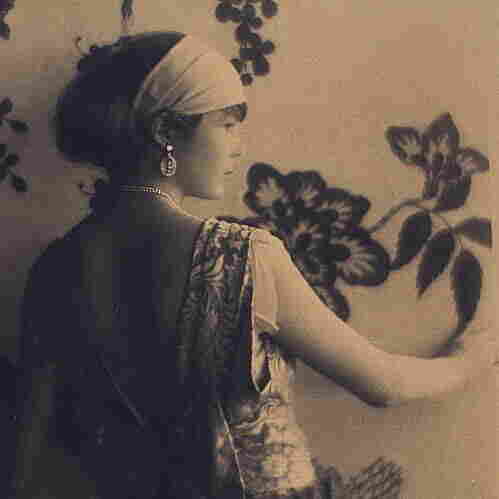 Woman, viewed from behind, between 1920 and 1930. Library of Congress hide caption

Occasionally, she points out, the photographer and subject allow us see the face anyway — through a mirror.