Accessibility links
The Black Cowboys Of Florida : NPR History Dept. For many Floridians, the tradition of African-American cattle ranchers is an integral part of the state's rich story.

The Black Cowboys Of Florida

The Black Cowboys Of Florida 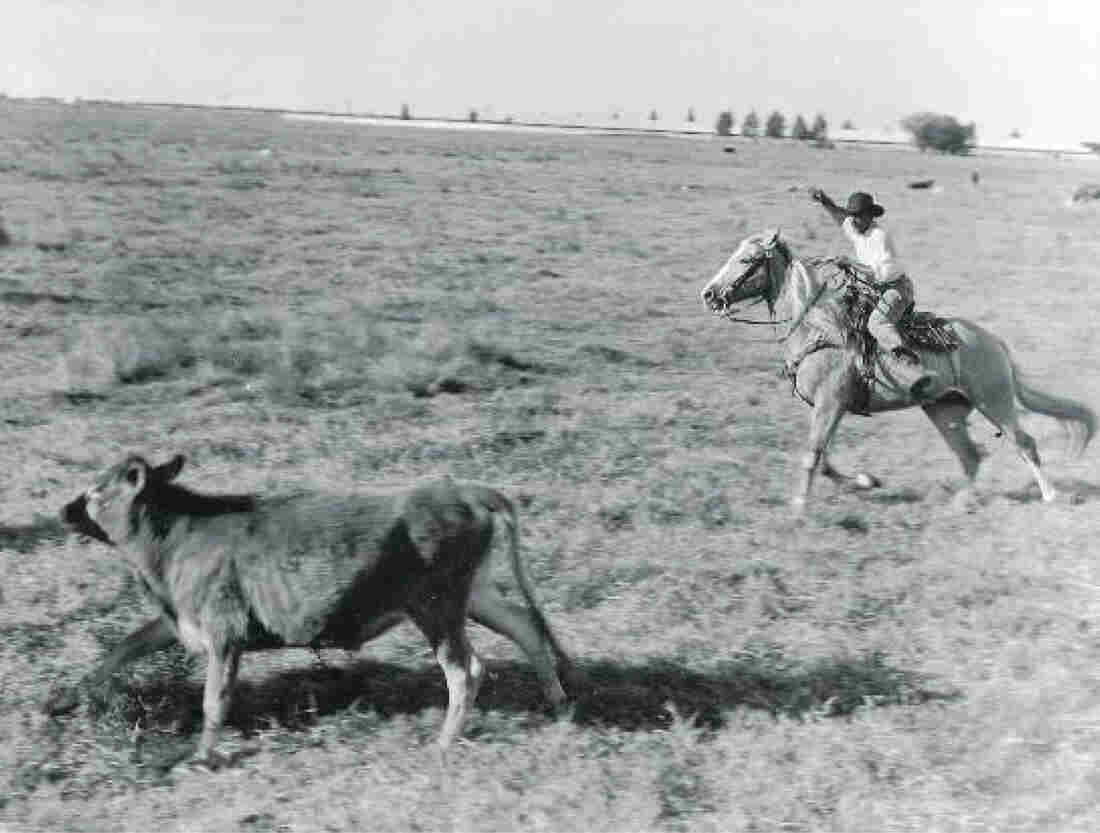 A caption from the exhibit: "Black cowboy at work on U.S. Sugar Corporation land near Clewiston, Florida, about 1947." Courtesy of Florida Memory, State Library & Archives of Florida hide caption 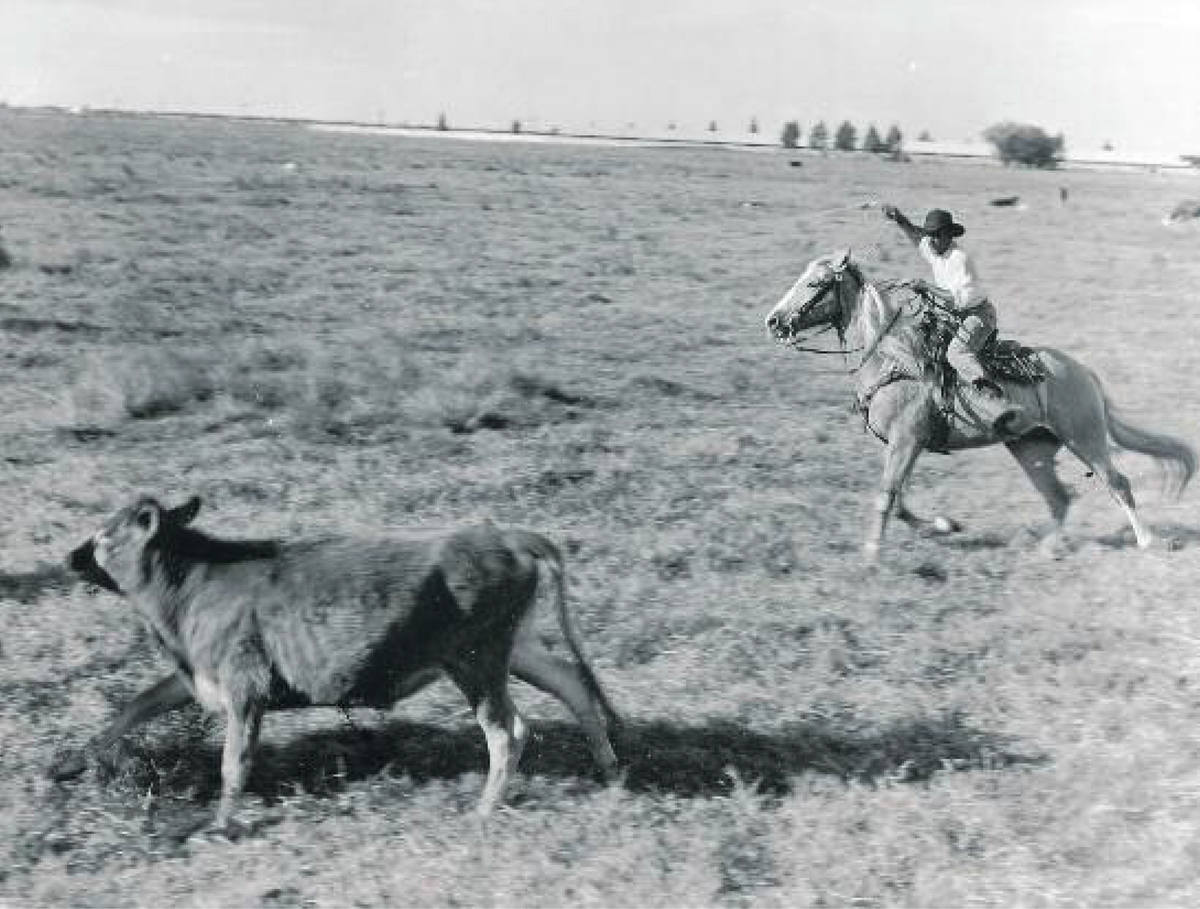 A caption from the exhibit: "Black cowboy at work on U.S. Sugar Corporation land near Clewiston, Florida, about 1947."

To Mary K. Herron and others, the history of black cowboys in Florida is a venerable element of the state's past.

To that end, Herron, who is director of development at the Florida Agricultural Museum in Palm Coast, is busy assembling a traveling exhibit to honor the tradition. "Black Cowboys of Florida: Past and Present" illustrates "the story of Africans and their New World descendants over the centuries," she tells NPR, and "of their involvement with Florida's cattle industry." Once completed, the display — with funding from the state humanities council — is scheduled to go to at least 18 venues in the region.

Cattle ranching in Florida emerged in a parallel universe to the conventional cowboy culture of the American West. From the legends in the museum's exhibit:

The exhibit features African-American cattle ranchers such as:

Silas "was raised in the Florida tradition of cowhunters," according to an Orlando Sentinel story on May 3, 2007. "Florida cattlemen would drive wild cattle out of the scrub and swamps with the crack of their whips. Pioneer cowhunters needed thick skin and quick wits to thrive in the hardships of Central Florida's frontier. Long cattle drives and outdoor living on the range created vivid personalities who still get people talking."

Because of the sound made by the whips of Florida cowboys, many were called "crackers." The onomatopoeically named "cracker cowboys" also used cattle dogs and rode small ponies, according to the Florida Center for Instructional Technology's Exploring Florida.

As one exhibit legend points out, African-American cowboys continue working on Florida's ranches today. "Many have continued their family tradition in the cattle business, but much of the next generation will not. High land prices, many seasons of drought and urban development are changing the landscape. Cattle ranches in Florida are fast disappearing. Florida's black cowboys share that fate."

Next: The 'Indian Cowboys' Of Florida