Accessibility links
Rare Film Is Glimpse Of A Distant America : NPR History Dept. Like a time slingshot, the 1920 silent movie The Daughter of Dawn transports us back to another era — and another.

Rare Film Is Glimpse Of A Distant America

Rare Film Is Glimpse Of A Distant America 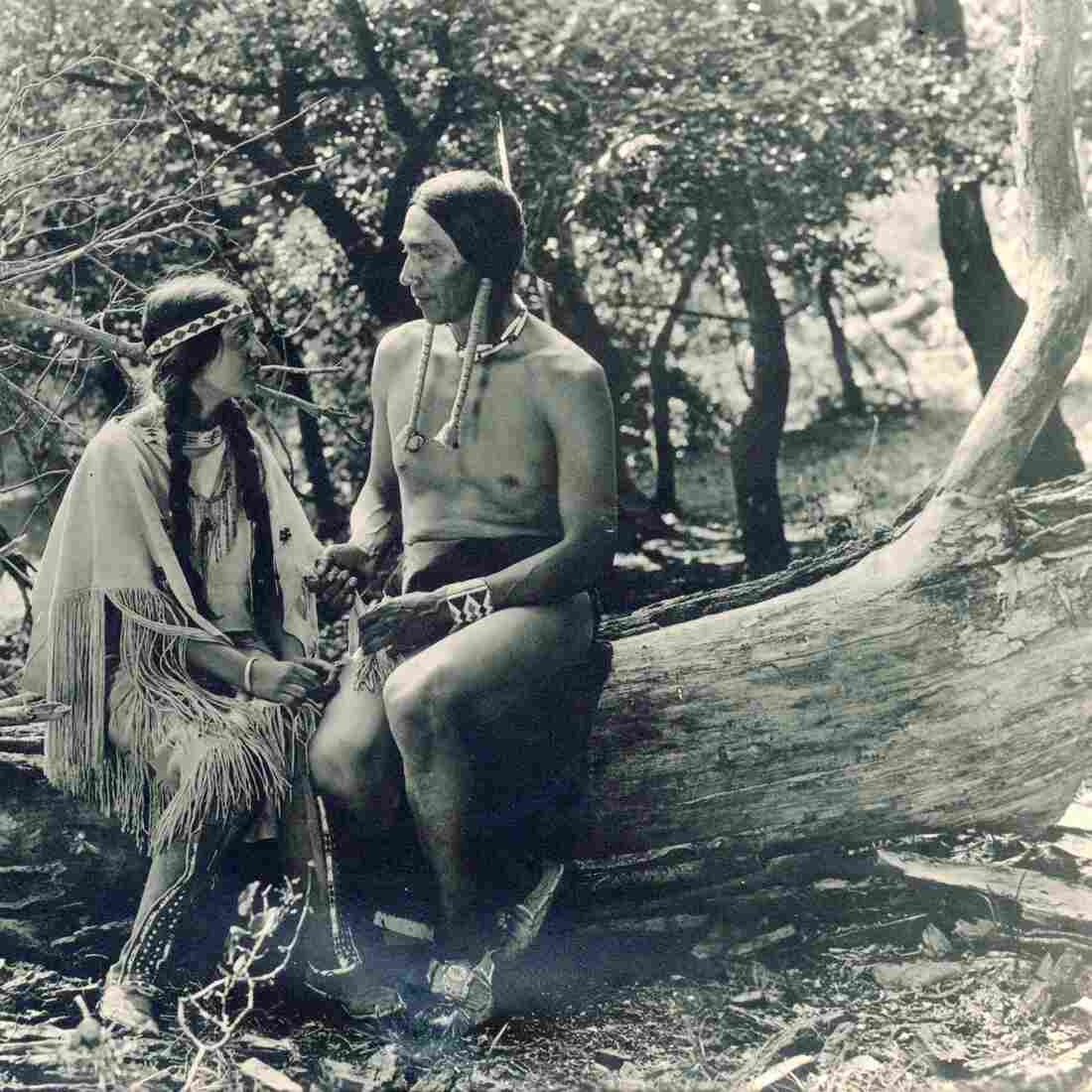 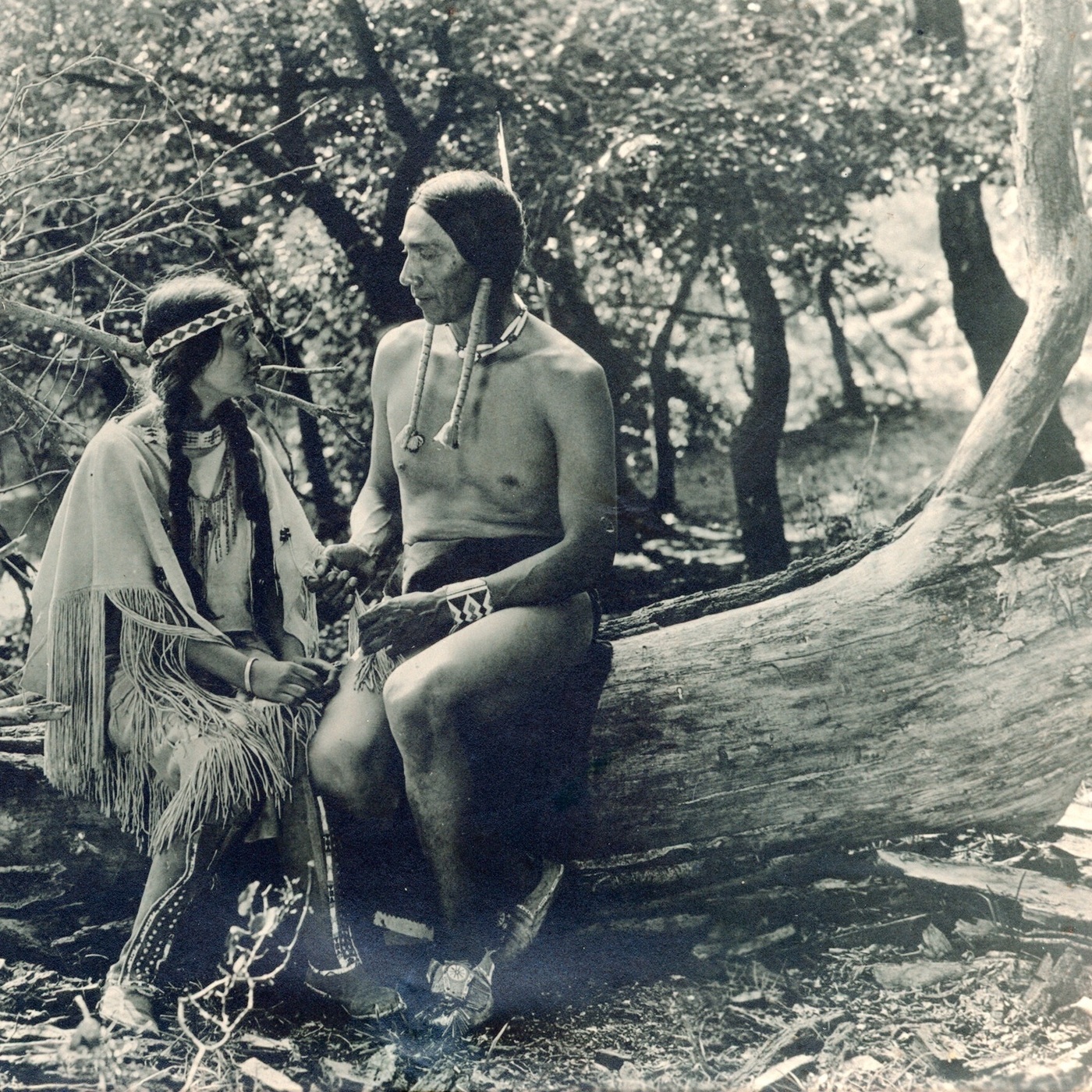 From The Daughter of Dawn

For decades, The Daughter of Dawn was a "lost film" — a buried American treasure. The 1920 multireel, silent movie was rediscovered and restored a few years ago.

Only recently has the movie become more widely available. You can watch it on Netflix. You can also see some representative clips and a travelogue piece on YouTube. And in December the Oklahoma Historical Society plans to issue DVD and Blu-ray versions.

The Daughter of Dawn is more than just another Friday night flick. It is a cinematic wormhole into America's past.

"The rediscovery of The Daughter of Dawn is a great historical find," Jeffrey M. Moore of the Oklahoma Museum of Popular Culture tells NPR. "Not only is it significant because so few independent films from the silent era survived but it captures a time period often romanticized in a very real and authentic way. The imagery from American Indian culture on the Southern Plains is for the most part presented unfiltered by the non-Indian filmmakers."

In the movie, Moore says, "The viewer gets to see Kiowas and Comanches wearing their traditional clothing without the help of Hollywood wardrobe departments. Besides the scenes on horseback and hunting buffalo, there are scenes of traditional dances being performed that would have been forbidden by the federal government if not for the fact that they were part of the film."

And the background landscape of the Wichita Mountains, he adds, "gives an environmental purity lost when later films portraying Plains tribes would be filmed in locations like Monument Valley."

The Oklahoma Historical Society commissioned Comanche composer David A. Yeagley to write a musical score for the film.

The 80-minute movie is a melodramatic tale of love among Native Americans, featuring some 300 Kiowas and Comanches in all sorts of acting roles.

You can find a few old newspaper ads for showings of the movie, such as a three-night engagement in Joplin, Mo., in the spring of 1921 that included a half-dozen Native American actors appearing in real life.

The film's setting — a lovely and hauntingly unspoiled stretch of landscape — represents a national geographic crossroads. "Four types of habitat could be found in the Wichita Mountains: rocklands, aquatic, mixed grass prairie, and cross-timbers," writes Douglas Brinkley in The Wilderness Warrior: Theodore Roosevelt and the Crusade for America. "It was said by western frontiersmen that the ancestral Wichitas — this series of rock prominences — was where the East met the West at the vertex of the Great Plains."

And The Daughter of Dawn represents a crossroads of perception. Seeing the film, you do get the feeling that the black-and-white, silent movie — replete with bison herds, village scenes, ritualistic dancing and derring-do — takes us back to the early 20th century and then catapults us back even further than that. A time when Hollywoodish sensibilities were just beginning to reshape historical America — a time when real met reel.

The Library of Congress lists The Daughter of Dawn in the National Film Registry, a collection of culturally valuable movies.