Accessibility links
A Very Weird Photo Of Ulysses S. Grant : NPR History Dept. More than 80 years before Photoshop was introduced, a clever photographer doctored this picture — and tampered with history.

Swim around enough in the oceanic photo archives of the Library of Congress and you will spot some strange things — including old doctored photos of two-headed humans and a man-monster superimposition.

But perhaps nothing as bizarre as this photo — labeled General Grant at City Point. 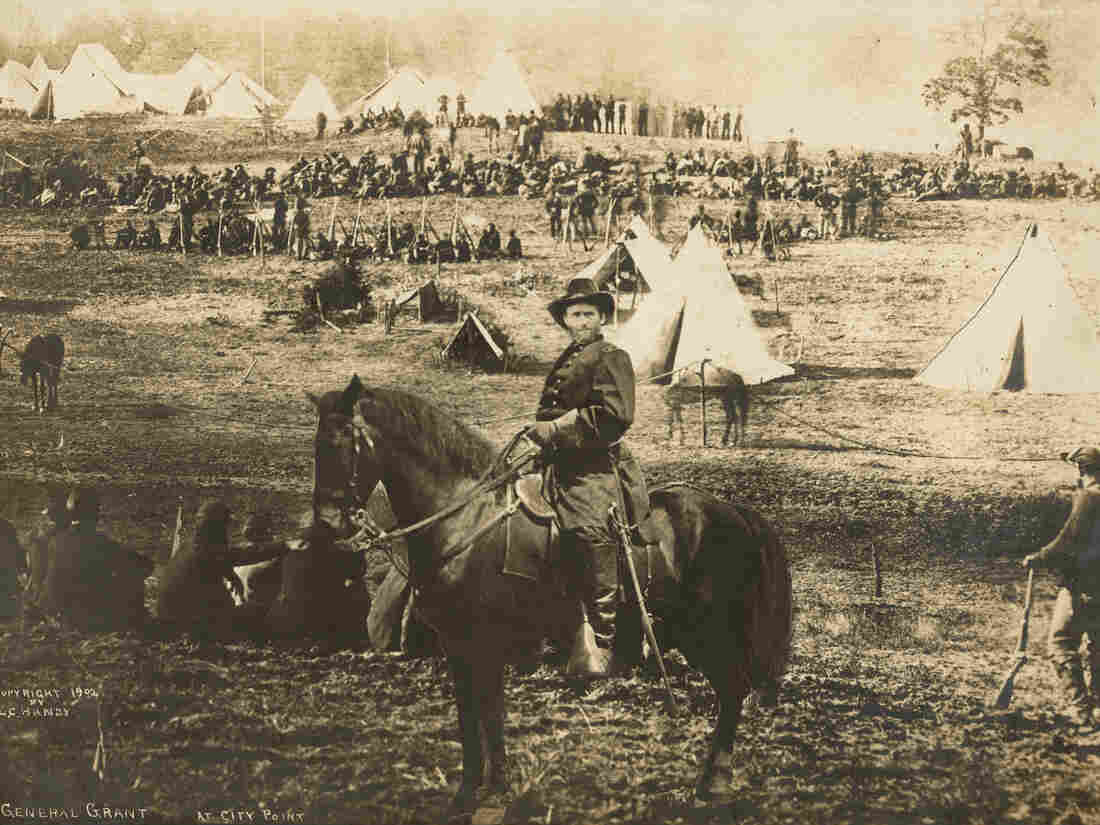 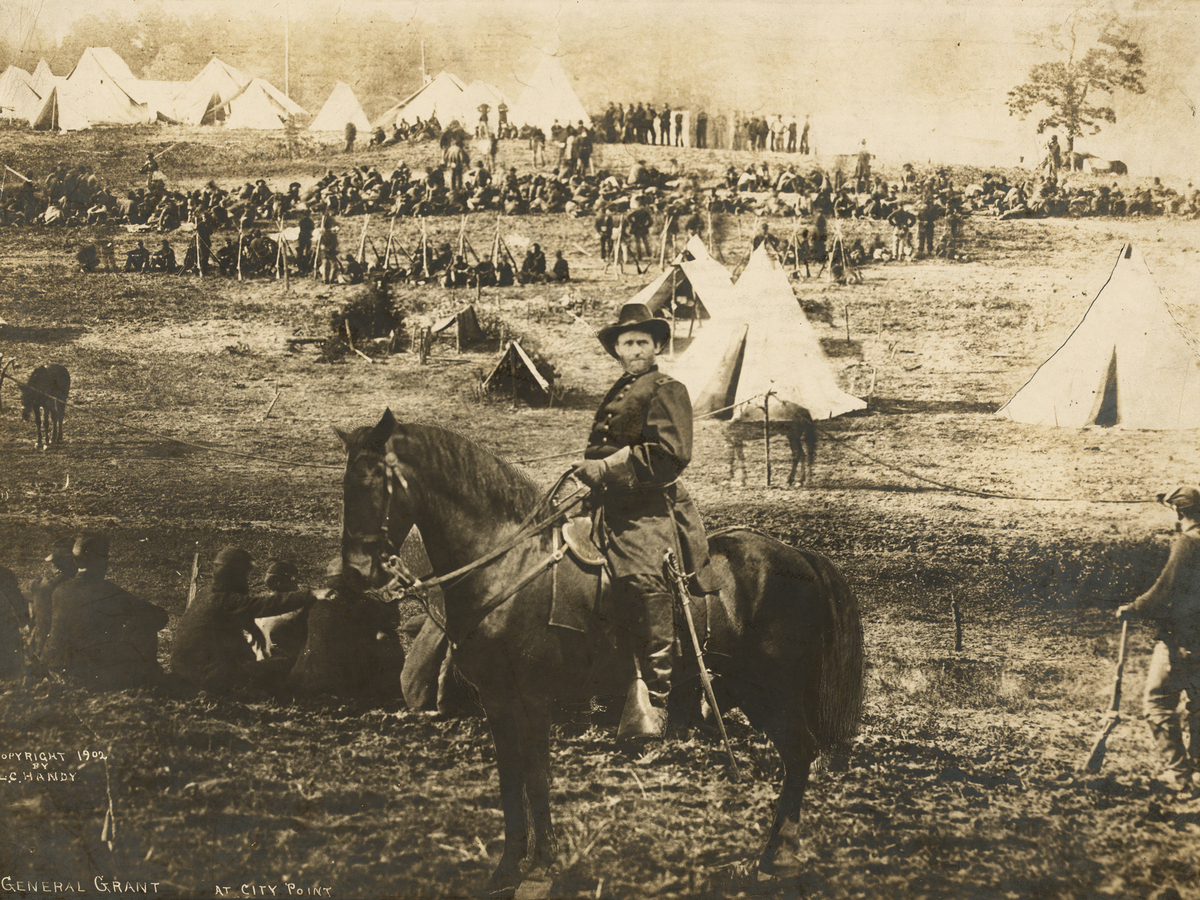 Look at it closely. Notice anything amiss?

The photo is a composite shot of several pictures — pieced together for effect more than 100 years ago. A faux photo fashioned long before Photoshop, which was introduced in the late 1980s.

According to the library, "this photograph is a montage or composite of several images and does not actually show General Ulysses S. Grant at City Point."

Notes on the photo explain that the scene was concocted — perhaps by L.C. Handy circa 1902 — from a trio of photos. Call numbers of the prints are provided, so we can reconstruct the deed. Or misdeed, depending on your sensibilities.

The head comes from a June 1864 portrait of Union leader Grant standing next to a tree in Cold Harbor, Va. 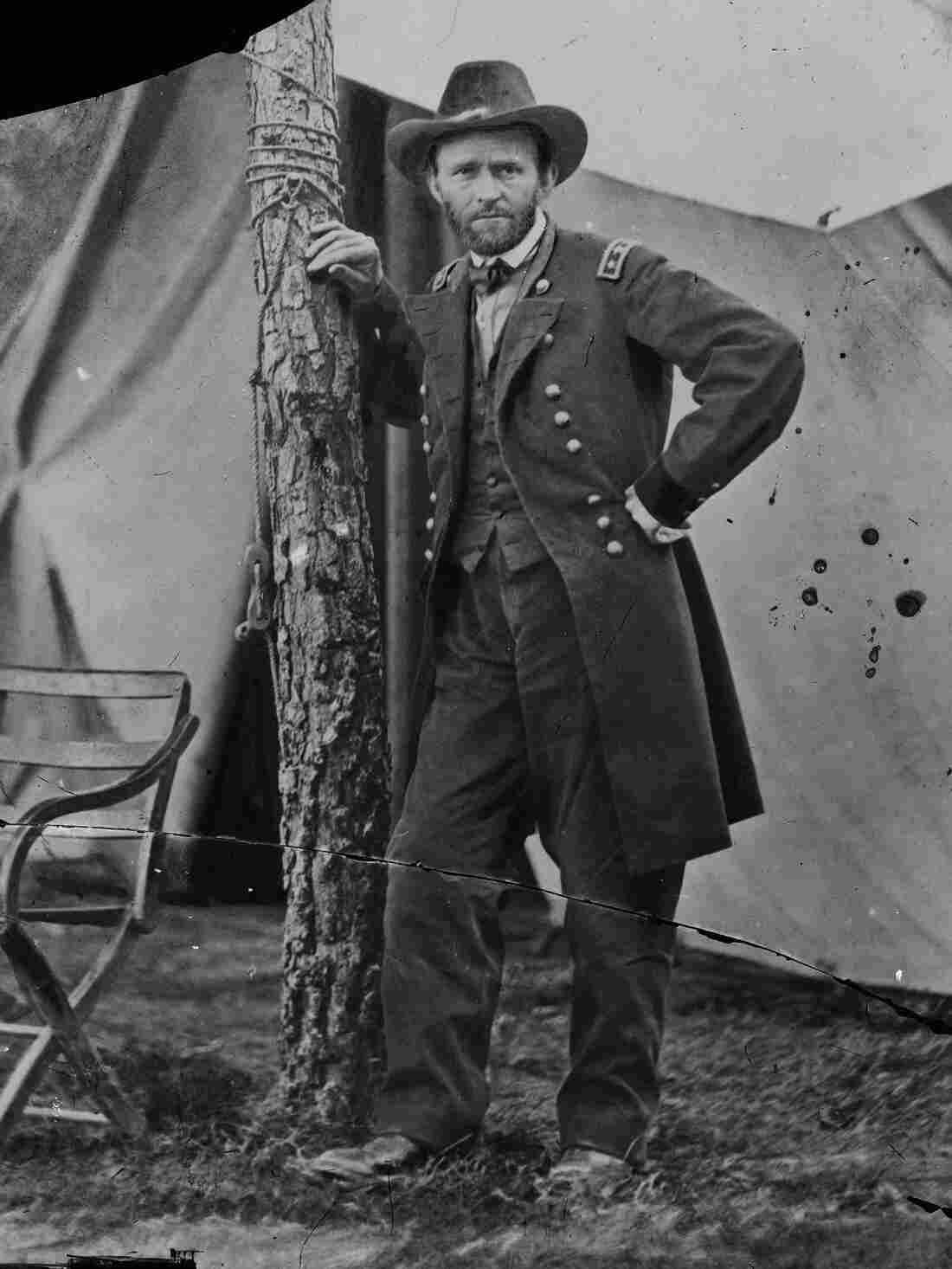 The horse and the rider's body were borrowed from a July 1864 photo of Maj. Gen. Alexander McDowell McCook. 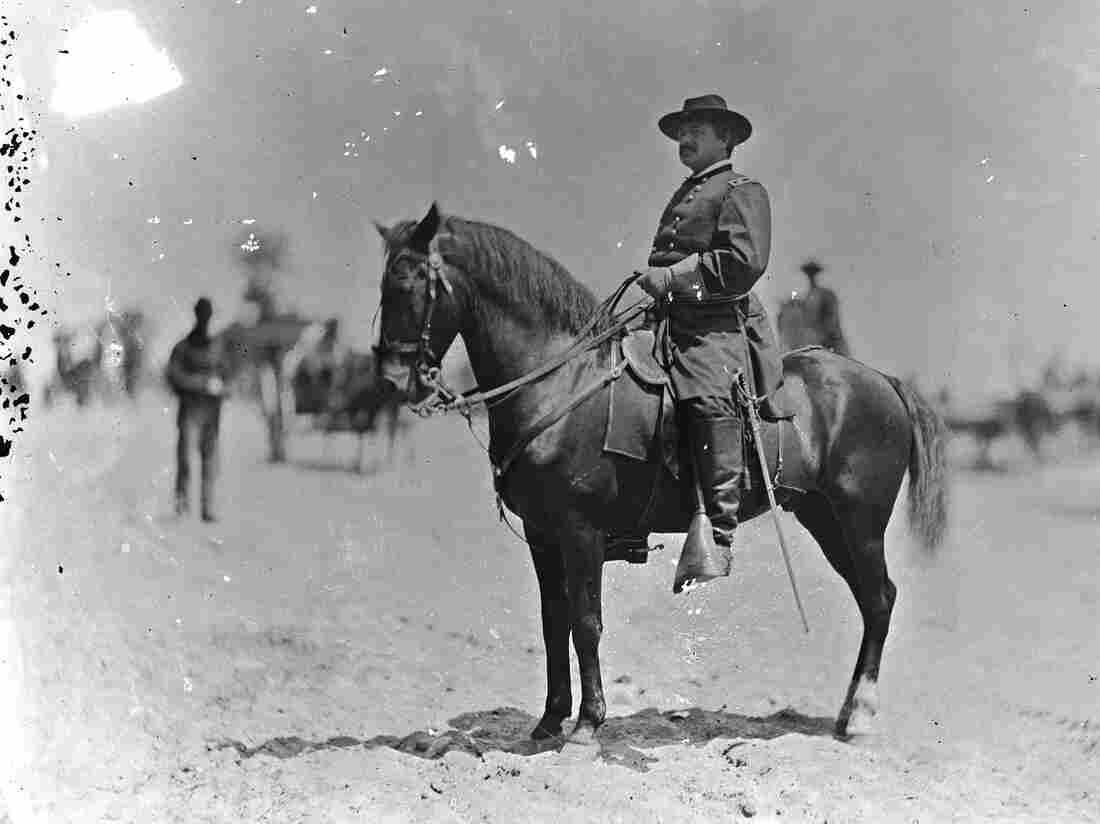 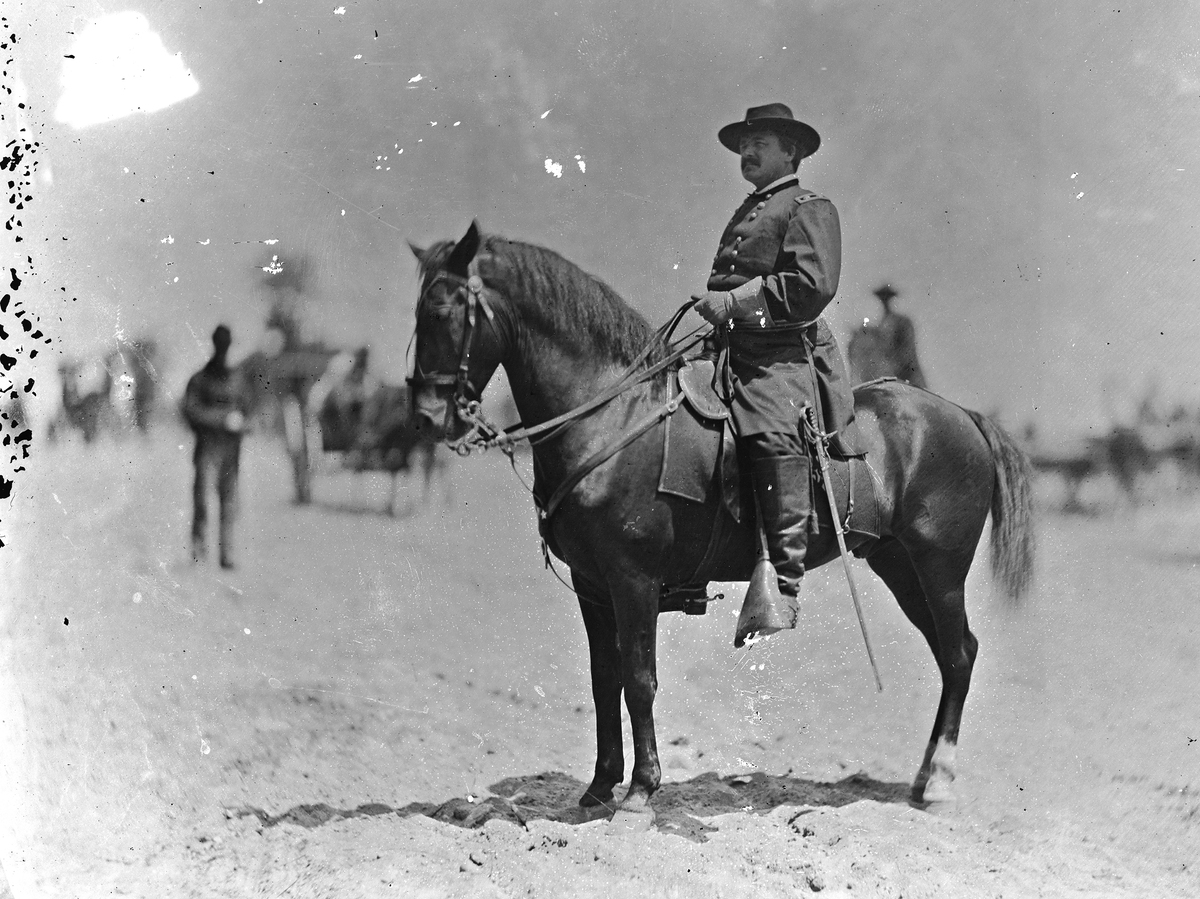 And the setting can be found in this 1864 photo of Confederate prisoners who were captured in the battle of Fisher's Hill, Va., and put under Union guard. 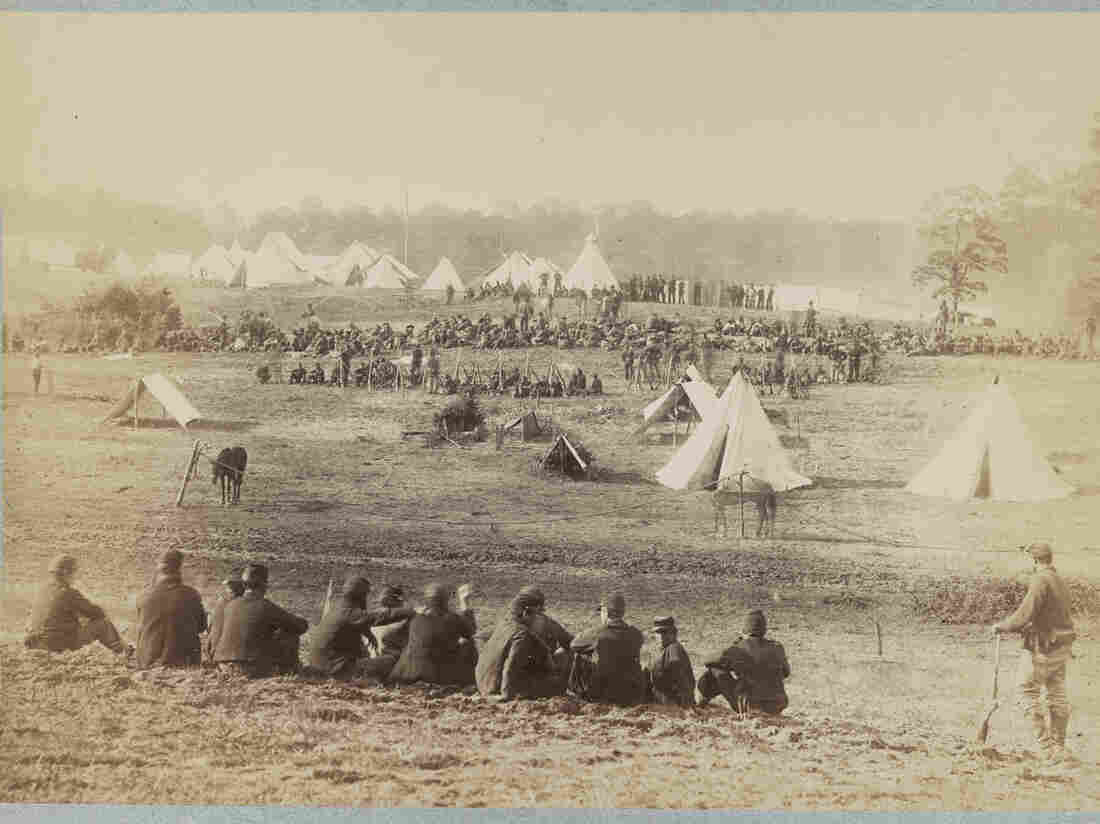 Prisoners from the Battle at Fisher's Hill, Va., 1864 Library of Congress hide caption 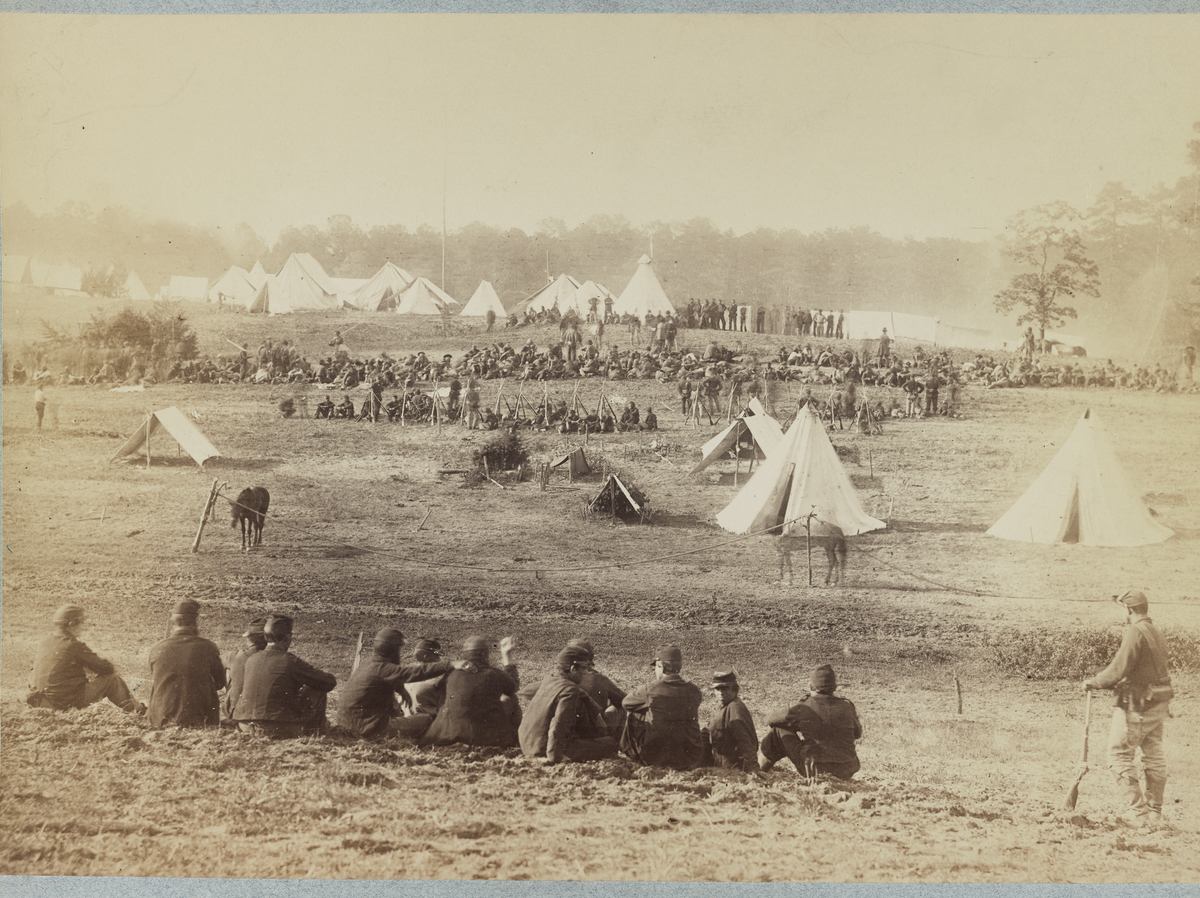 The "extravagantly fictitious fusion" was featured in Faking It: Manipulated Photography Before Photoshop, a companion book to a 2012-2013 Metropolitan Museum of Art trick-photography exhibit.

According to the book, the probable photo magician was Levin Corbin Handy, a Washington, D.C., photographer who was an apprentice to — and nephew of — legendary 19th century photographer Mathew Brady. When Brady died in 1896, Handy inherited a cache of negatives from his studio and began "producing new prints from the negatives and licensing images to various publications. To satisfy the steady demand for heroic images of the war fought by the fathers and grandfathers of his turn-of-the-century clientele, he also invented new pictures that casually blurred the line between historical fact and fiction."

Brady had spent a fortune "sending teams of photographers to the battlefields, trusting that the public would buy prints of Civil War scenes, and that the U.S. government would recognize their historic value and purchase the negatives," says William B. Becker, creator of the online American Museum of Photography.

Unfortunately, "it was only during the final years of Brady's life," Becker says, "that Civil War veterans had enough distance from the death and devastation and the horrors of America's deadliest war for the photographs to become commercially viable."

And what would Uncle Mathew — known to have tampered with a photo himself now and then — have thought of nephew Handy's handiwork? "My guess is he would have preferred one of the many great portraits of Grant taken in his own studio or by his camera operators in the field," Becker says. "The Handy composite shows nearby soldiers disrespectfully turning their backs on their commanding general. A sentry and groups of soldiers a short distance away gaze off towards nothing in particular or chat idly, rather than gathering around to watch the spectacle of a high-ranking military leader posing for posterity."

Some composites, Becker adds, "manage to preserve the ring of truth that makes authentic photographs compelling. This one violates our understanding of human nature."