Accessibility links
A Forgotten Presidential Candidate From 1904 : NPR History Dept. The extraordinary life of George Edwin Taylor and what it can tell us about politics in America — then and now.

A Forgotten Presidential Candidate From 1904

A Forgotten Presidential Candidate From 1904 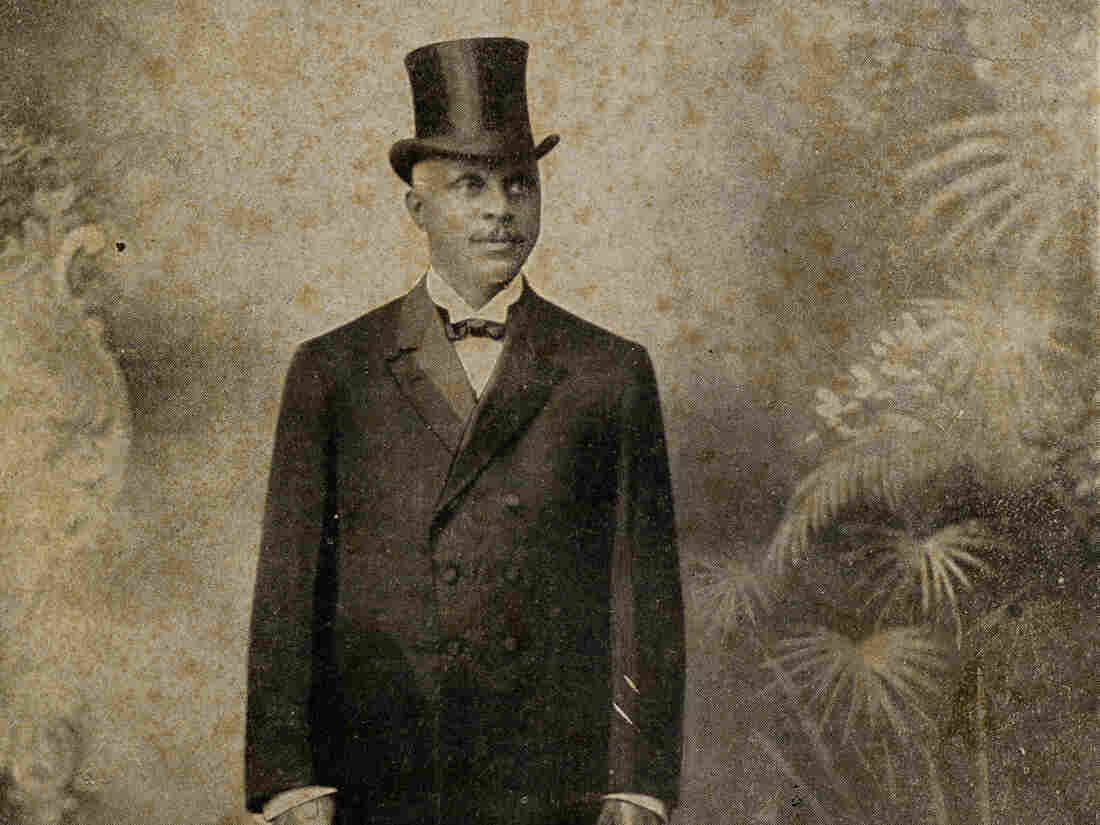 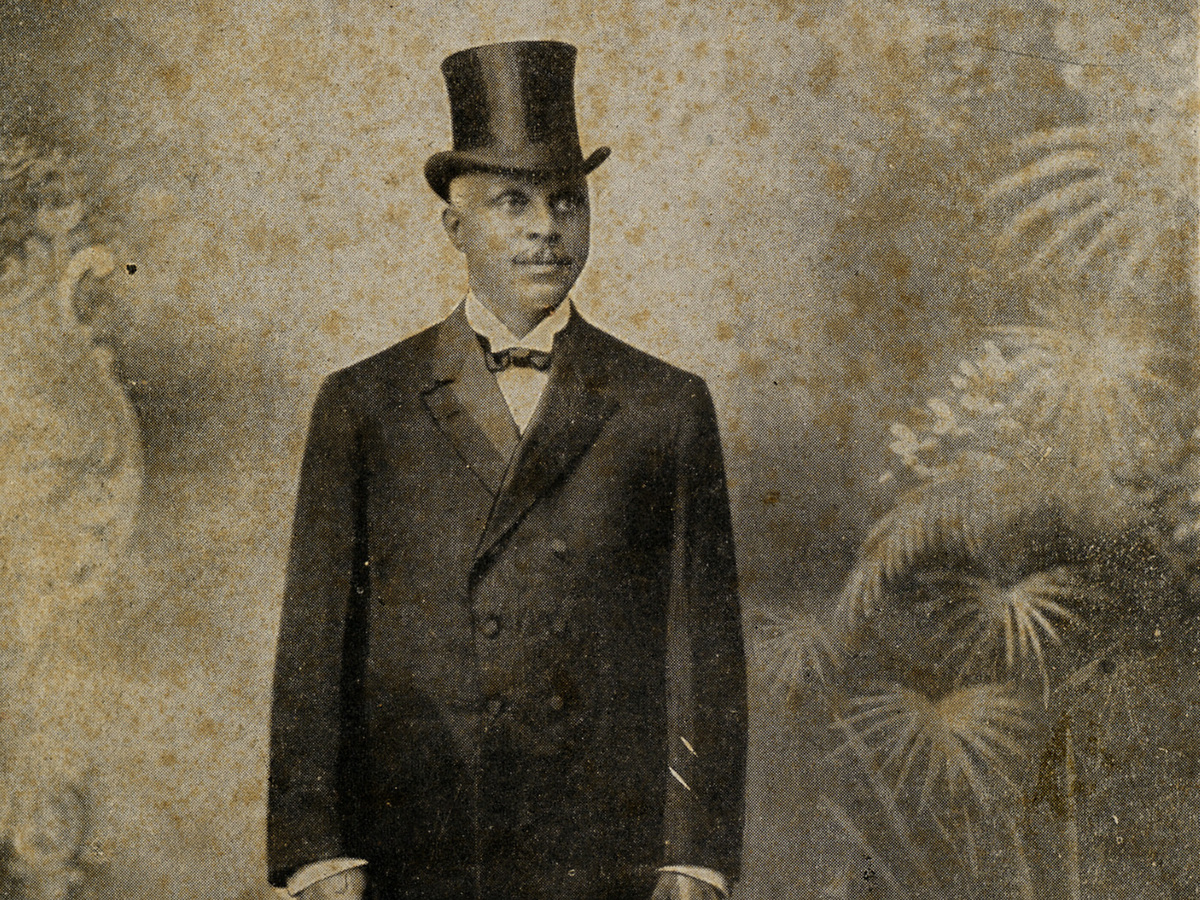 Despite what you read in some history books — such as the Biographical Dictionary of Congressional Women — Rep. Shirley Chisholm (D-NY) was not in 1972 the first African-American candidate to run for president of the United States.

In 1904, George Edwin Taylor — often forgotten in the discussion of black American political pioneers — ran for president as the candidate of the National Negro Liberty Party, sometimes known as the National Liberty Party.

Son Of A Slave

A journalist by trade, Taylor — who lived in Iowa — gained distinction, according to the Tacoma, Wash., Times on Aug. 17, 1904, as a leader in the Republican national convention of 1892, "to which he was an alternate delegate-at-large from his state. The next campaign he was delegate-at-large to the Democratic convention."

In 1904, 36 states sent representatives to the Liberty Party convention. According to the Times, the party denounced the Democrats' disenfranchisement of black Americans. It questioned Theodore Roosevelt's fidelity to African-Americans and it stood for "unqualified enforcement of the constitution," reparations for ex-slaves and independence for the Philippines.

The candidate Taylor, the paper announced, was one of a dozen children whose father was a slave and his mother was born a free person in the South. "When his mother died," the paper notes, "young Taylor was left a waif and slept in dry goods boxes. He finally drifted north and attended the Baptist academy at Beaver Dam, in Wisconsin. Feeble health and an exhausted pocketbook caused him to leave school within a year of graduating."

To support himself, the Times reported, Taylor took a job as a newspaper reporter in La Crosse. He eventually became editor of the La Crosse Evening Star.

In the 1880s, according to the Murphy Library at the University of Wisconsin-La Crosse, Taylor was a key player in both the Wisconsin's People's Party and the Union Labor Party. "His Wisconsin Labor Advocate was the voice of Wisconsin's labor party in 1886-1887," the library explains. "From 1891 to 1910, Taylor lived in Oskaloosa and Ottumwa, Iowa, where he published a national magazine called the Negro Solicitor. During this period he rose to prominence in national black politics, acting as president of the National Colored Men's Protective Association and the National Negro Democratic League and served high office in various other black organizations."

The library adds: "From 1910 to 1925, Taylor retreated from the national stage and lived an active life in Jacksonville, Florida."

Historian Bruce L. Mouser pieced Taylor's remarkable life together for the 2011 biography: For Labor, Race, and Liberty: George Edwin Taylor, His Historic Run for the White House, and the Making of Independent Black Politics.

So who was George Edwin Taylor. this erstwhile newspaper editor with a groundbreaking political career? For answers, we turn to David Brodnax who teaches history at Trinity Christian College.

NPR: As perhaps the first African-American to run for president in the United States, was George Edwin Taylor the right man at the right time?

David Brodnax: Given the fact that Taylor received fewer than 2,000 votes when he ran for president in 1904, it is hard to call him "the right man at the right time." Another way to look at this is to ask why he in particular became the first African American to run for president; why did he do what Frederick Douglass, T. Thomas Fortune, Blanche K. Bruce, and other leading black politicians before him could or would not. Part of the irony of the situation is that Taylor's marginal status may have made him more likely to be first.

Right before the Civil War, African American men could only vote in New York and five New England states, and their percentage of the population in those states was far too small for any party to consider nominating them. In 1870, the 15th Amendment gave black men around the country the right to vote (black women did not gain this right nationally until the 19th Amendment was ratified in 1920), and so black politicians in southern states or in the northern cities with rapidly growing black populations might have considered a run for the White House. Neither the Republicans nor Democrats, though, would have seriously considered nominating an African-American for president; the Republicans would not have risked alienating white voters for the sake of gaining black votes that they felt sure to get anyway, and the Democrats had a well-earned reputation for racial hostility.

Because of the great expense of running for president, the only African-Americans who could even consider funding a serious third-party campaign were members of the upper-class who were also the most likely to remain loyal to the GOP. Taylor, who had first been a Republican and then a Democrat, was the first to run for president because he was the first black politician who (1) no longer cared about what either major party thought of him and (2) was able to find allies among progressive whites who took the incredibly bold step of nominating him.

NPR: What was the political climate of the time?

Brodnax: Taylor had spent many years in Iowa, which was the first state [outside of New England] after the Civil War to give black men the right to vote and where they had never lost that right. Specifically, Taylor lived in and near the mining towns of southeast Iowa, which was a major center of black political and labor activity even before he arrived. At the same time, blacks in Iowa, whether in the southeast or elsewhere, held no statewide office and could not even get nominated by the GOP to serve in the state legislature, whereas African Americans in Chicago, New York, and other large northern cities had sufficient numbers to accomplish this on at least a token level. This environment of political activity without direct political power may have helped to shape Taylor's willingness to pursue a political goal that he must have known he had no chance of winning.

NPR: What lessons can Americans learn from Taylor 90 years after his death?

Brodnax: Every four years, Iowa and New Hampshire are depicted in contrast to South Carolina as the "white" early primary states. In 2008, for instance, Barack Obama gained massive credibility by winning Iowa and thus showing that he could appeal to white voters. Although Iowa is in fact overwhelmingly white, the story of George Edwin Taylor shows that African Americans have always played a role in the state's presidential politics and therefore in national presidential politics as well.

Also, Taylor's story shows that some things have not changed over the last 90 years. Today, African Americans overwhelmingly vote for a party that has been accused of taking their votes for granted while the other party seems to not at all support issues that matter to them. Most African Americans will not cast ballots for a third party, even when it nominates black candidates; for instance, the Green Party ticket of Cynthia McKinney and Rosa Clemente in 2008, although to be fair in that campaign, black voters had the unprecedented choice of two different parties that had nominated a black person for president. There is still the feeling that it is better to press for change within a major party and at least win marginal gains than to waste votes on a losing cause and get nothing. The ever-increasing cost of running for president no doubt factors into this.

NPR: Are there other lessons?

Brodnax: The fact that Taylor became the first African American to run for president in 1904, decades after nearly all African Americans had gained the right to vote, also shows that understanding black "firsts" is not just a matter of when white Americans became liberal enough to support such a thing, or when African Americans were finally able to win their fight for the right to do a thing, but instead depends on many different factors.

Finally, George Taylor shows us the great diversity of political thought and the robust political debate that takes place within the African American community. The media tends to depict African Americans as monolithic and simplemindedly loyal to the Democratic Party, just as it once depicted us as monolithic and simplemindedly loyal to the Republican Party. The story of Taylor shows that this simply is not true and never has been. Even the decision to support a major party over an independent party with more racially progressive views, which happened in 1904 and has happened many more times since then, is part of this discussion and is a matter of pragmatism, not blind allegiance.