Accessibility links
Building The Library Of Congress — In A GIF : NPR History Dept. Strung together into a short video, images of the construction of the Library of Congress in the late 19th century illustrate a nation's commitment to knowledge.

Building The Library Of Congress — In A GIF

Building The Library Of Congress — In A GIF

Contracted by the government between 1880 and 1896, photographer Levin C. Handy documented the construction of the Thomas Jefferson Building of the Library of Congress on Capitol Hill. 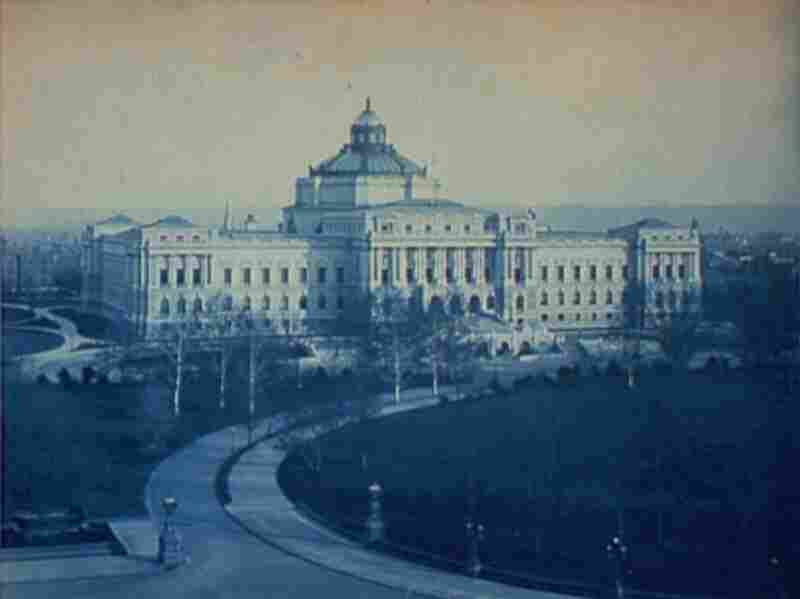 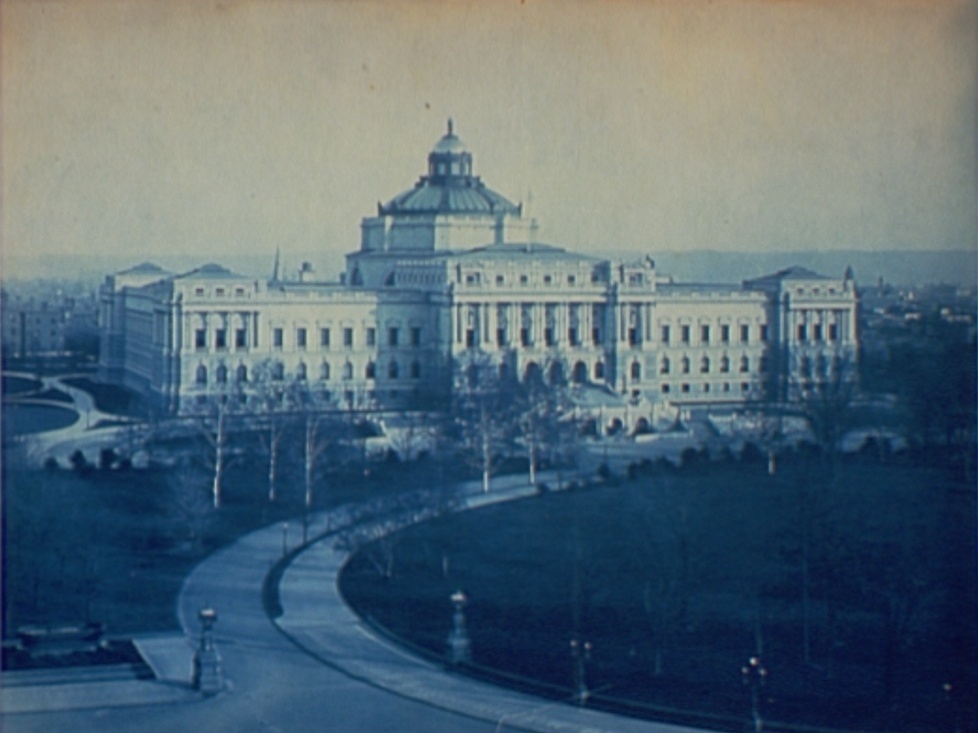 The completed Library of Congress.

Handy, who was nephew to legendary American photographer Mathew Brady, "produced more than 900 glass plate negatives that showed every stage of the construction process. including building materials and their ox-drawn transportation, stone-setting cranes and pulleys, work methods and laborers and artisans on the job," according to the Library's notes on its collection. "The progress of the building is shown from various angles in all seasons."

In the archives "are pictures of the cleared site before construction began that document the character of the surrounding neighborhood," the notes tell us. "The collection of the glass negatives includes views of the interior areas of the building, the digging of a tunnel between the Library and the Capitol, and the stone carvers at work producing the numerous decorative ornaments used throughout the building."

When we saw a series of panoramic Handy photos in the Library's digital archives that showed the raising of the Thomas Jefferson Building — taken from its northeast corner from 1890 to 1894 — we were struck by the moving-picture possibilities. And by its visual testament to a nation that values knowledge.

We asked Jun Tsuboike — photo editing and visual journalism intern at NPR Visuals — to turn a chronological set of the images into a GIF.