Accessibility links
5 Statements On The Wrong Side Of History : NPR History Dept. History tells us that when speaking of America's future, perhaps it's a good idea to never say never — and never say always.

5 Statements On The Wrong Side Of History

5 Statements On The Wrong Side Of History 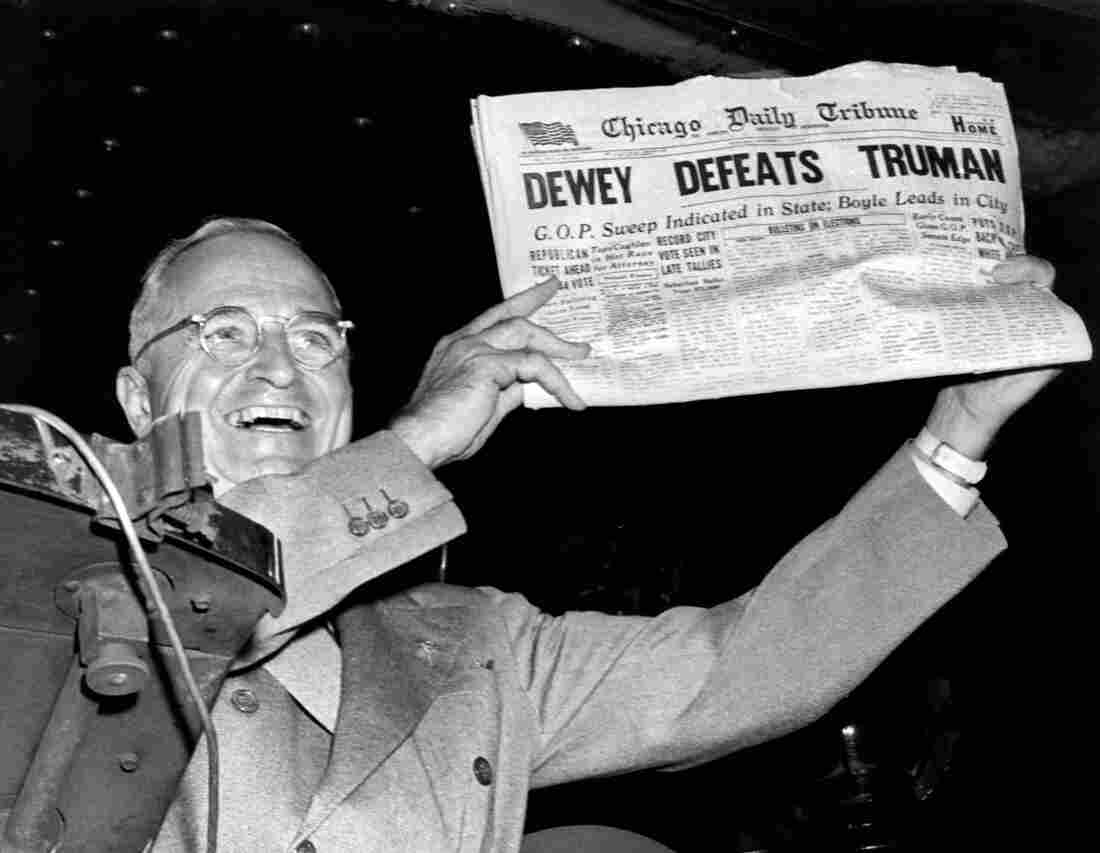 Jumping the gun: President Harry Truman holds up a copy of the Chicago Daily Tribune that erroneously declared his defeat by Thomas Dewey in the presidential election of 1948. Underwood Archives/Getty Images hide caption 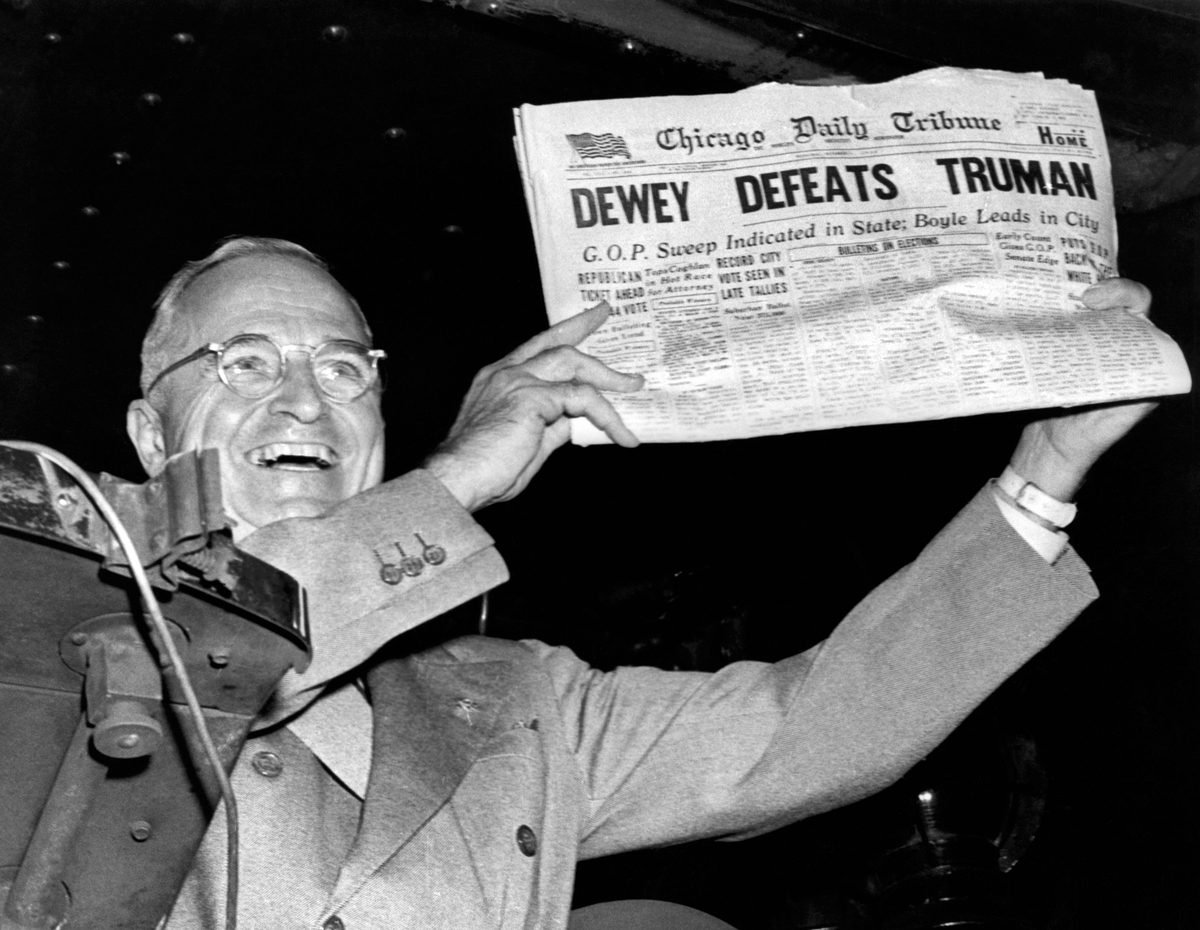 Jumping the gun: President Harry Truman holds up a copy of the Chicago Daily Tribune that erroneously declared his defeat by Thomas Dewey in the presidential election of 1948.

Every day smart folks make assertions — about Donald Trump, Hillary Clinton and issues of all sorts. "Our emphatic prediction is simply that Trump will not win the nomination," opined Nate Silver at FiveThirtyEight.com in August. And Clinton "is unelectable due to negative favorability polls nationwide and within swing states," H.A. Goodman wrote on Huffington Post in October. Sometimes such sweeping pronouncements prove true; sometimes they are found to be folly.

In many cases, hindsight and history are 20/20. Here are five proclamations that turned out to be mistaken:

1. "The South will triumph," a Knoxville, Tenn., newspaper crowed, according to the Daily Journal of Wilmington, N.C., on New Year's Eve, 1862. "Calamities may befall us, and defeat may hurl back our armies, but we have only to bear patiently all present and future ills, till the North abandons the combat in despair."

2. "General Grant will never be President of the United States," according to an Alabama editorial on Ulysses S. Grant quoted in the Louisville, Ky., Daily Courier on Nov. 19, 1867.

3. "The American people will never elect a Negro President," the Washington correspondent of the Chicago Times observed, as quoted in the Boston Liberator, March 27, 1863.

4. "Man is not going to fly to the moon or invade any other planets," Otis White — owner and editor of the Green River Republican in Morgantown, Ky., and former candidate for Congress — announced in 1946 according to the Oct. 8 Statesville, N.C., Daily Record. "He is going to stay down here where he belongs."

5. "The Internet's completely over," the musician Prince told the Mirror on July 5, 2010. "The Internet's like MTV. At one time MTV was hip and suddenly it became outdated. Anyway, all these computers and digital gadgets are no good. ... They just fill your head with numbers."