The last event of the Jüdische Kulturtage (Jewish Culture Festival) on Sunday September 5th paid homage to the late-Romantic composer Gustav Mahler, whose 150th anniversary is being celebrated this year.

Mahler, who claimed to be three times homeless as a Bohemian among Austrians, an Austrian among Germans, and a Jew throughout the world, has become one of the most widely-performed composers after his work fell into obscurity during the Second World War. 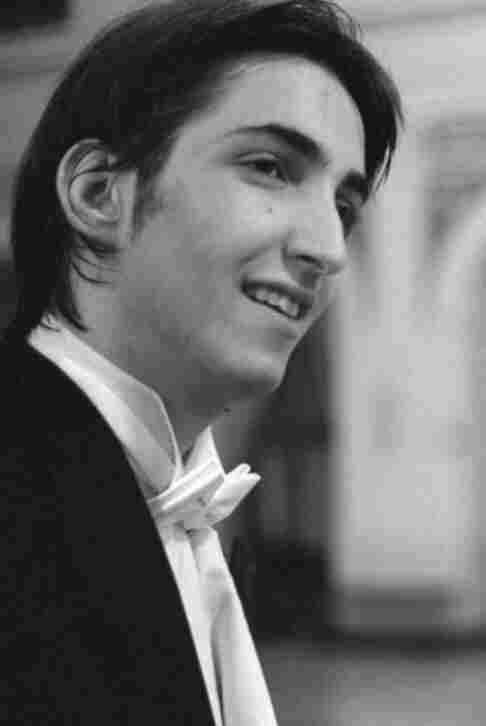 The concert featured a new edition of Mahler’s 10th and last symphony, which the composer left behind as a series of sketches, as revisited by the Israeli-American conductor Yoel Gamzou.

Since the 1920s, composers and musicologists have made several attempts to complete the symphony, the most successful and widely performed of which was realized by Deryck Cooke and Berthold Goldschmidt in 1960.

Gamzou, however, found himself unsatisfied with the different versions encountered, foremost because he considered their foundations too academic. He set out to compose a score based more on the instincts of a performing musician, nevertheless returning to Mahler’s original sketches and working closely with top scholars and musicologists.

The 23 year-old Gamzou premiered the work with his self-founded International Mahler Orchestra, a youthful ensemble of musicians from 20 different countries, at a synagogue on the Rykestrasse in Prenzlauer Berg.

From the outset, the conductor demonstrated an intuitive understanding of Mahler’s emotional world.

The triumphant laments and tormented fugati of the opening Adagio movement cogently conveyed the mixture of hope and utter devastation that characterize Mahler’s psychological state in this work, written just after he discovered that his beloved wife, Alma, was having an affair with the architect Walter Gropius. Gamzou’s skillful placement of long pauses created stirring dramatic tension.

The performance was disrupted by misplaced harmonies that occasionally surfaced in Gamzou’s arrangement of the Adagio. There were other moments in the music that morphed into a futuristic interpretation of Mahler in the context of the Second Viennese School.

While most composers and scholars have accepted the first movement as more or less complete following the 1924 version by Mahler’s contemporary Ernst Krenek and Richard Strauss’ declaration that the instrumentation was clearly notated, Gamzou considered it necessary to interpret the music with greater attention to what Mahler would have composed had he been able to return to the score.

This approach was more effective in the Scherzo, to which Gamzou added an interesting level of complexity with a series of playful vignettes that dissolved into a cacophony of instruments. The adamant textures of the brass created searing irony with the jovial strings, melding resignation and joie de vivre.

Gamzou dramatized the primordial struggle between man and his fate in the second part of the symphony, introducing extended passages of ominous bassoons before the orchestra receded into a desolate landscape. Flautist Gili Schwarzman rose above the remains of muted strings and harp with a gentle but lucid melody. The Purgatorio was hauntingly beautiful, rivaling Simon Rattle’s 1999 recording with the Berlin Philharmonic in its devilishly taunting character.

Gamzou’s finale recapitulated the central theme and ethereal harmonies from the opening movement, settling into a faint yet intense pianissimo. After the piece had ended, he stood in silence with his head down for several seconds, leaving the audience breathless before it broke out into a roaring, and eventually standing, ovation.

Opening the program was a performance of W.A. Mozart’s Piano Concerto Nr. 23 in A-Major featuring Israeli pianist Elisha Abas, a protégé of Arthur Rubinstein who recently returned to the stage after taking a break from music to play as a professional soccer player. Abas maintained an unusually mundane expression throughout the piece, but executed his solo passages with acute expressivity and pearly precision.

Although Gamzou’s vigorous conducting had a tendency to rush the orchestra’s sweeping melodies, his smooth dynamic changes and masterful shaping of the closing movement recalled his mentor, the great Mozartean conductor Carlo Maria Giulini, despite a restlessness that will inevitably become tempered with age.

Rebecca Schmid is a freelance journalist and the Berlin News Correspondent to Musical America. Her articles have appeared in BBC Music Magazine, Chamber Music Magazine, American Record Guide, Music&Vision, tip Berlin as well as newspapers in the U.S. A classically-trained singer, Rebecca has performed as a soloist and in professional choirs in Austria and Switzerland. She arrived in Berlin through a grant from the DAAD.