Accessibility links
Heavy Metal In Kabul? It's The Music, Not The Munitions : Parallels When 23-year-old musician Solomon "Sully" Omar left Denver for Afghanistan — his parents' homeland — his hopes for Kabul weren't high. But he discovered a music scene that was "alive and breathing," bursting with "crazy metal and dub step."

Heavy Metal In Kabul? It's The Music, Not The Munitions

Heavy Metal In Kabul? It's The Music, Not The Munitions 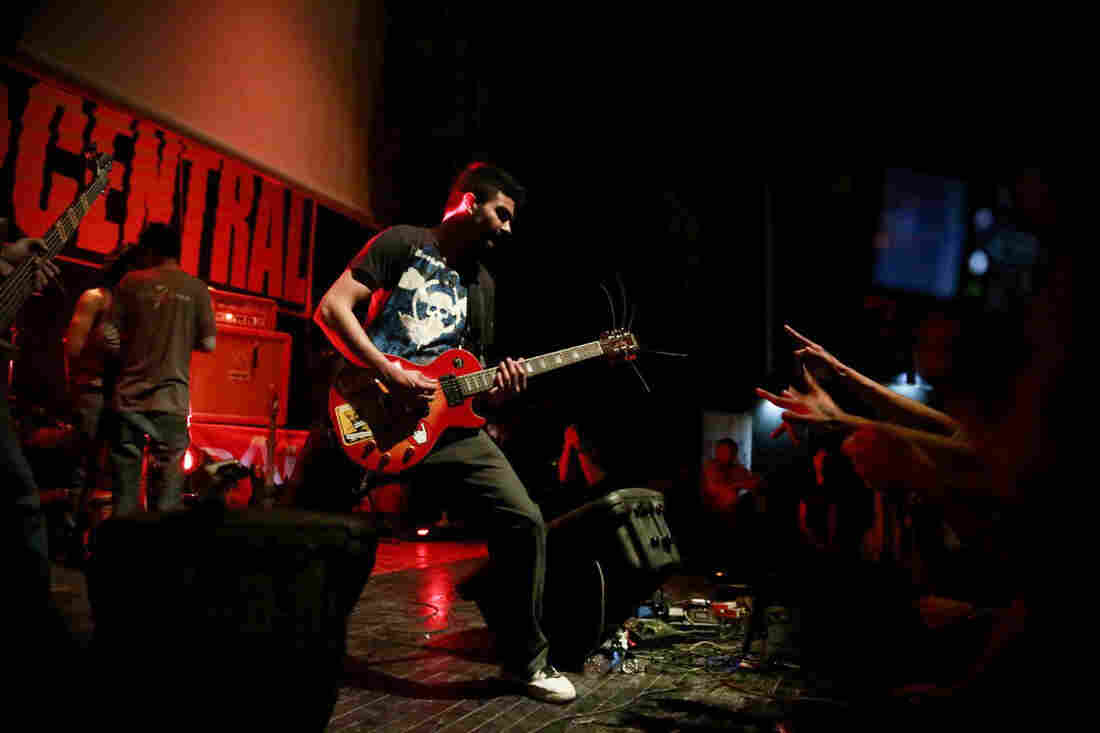 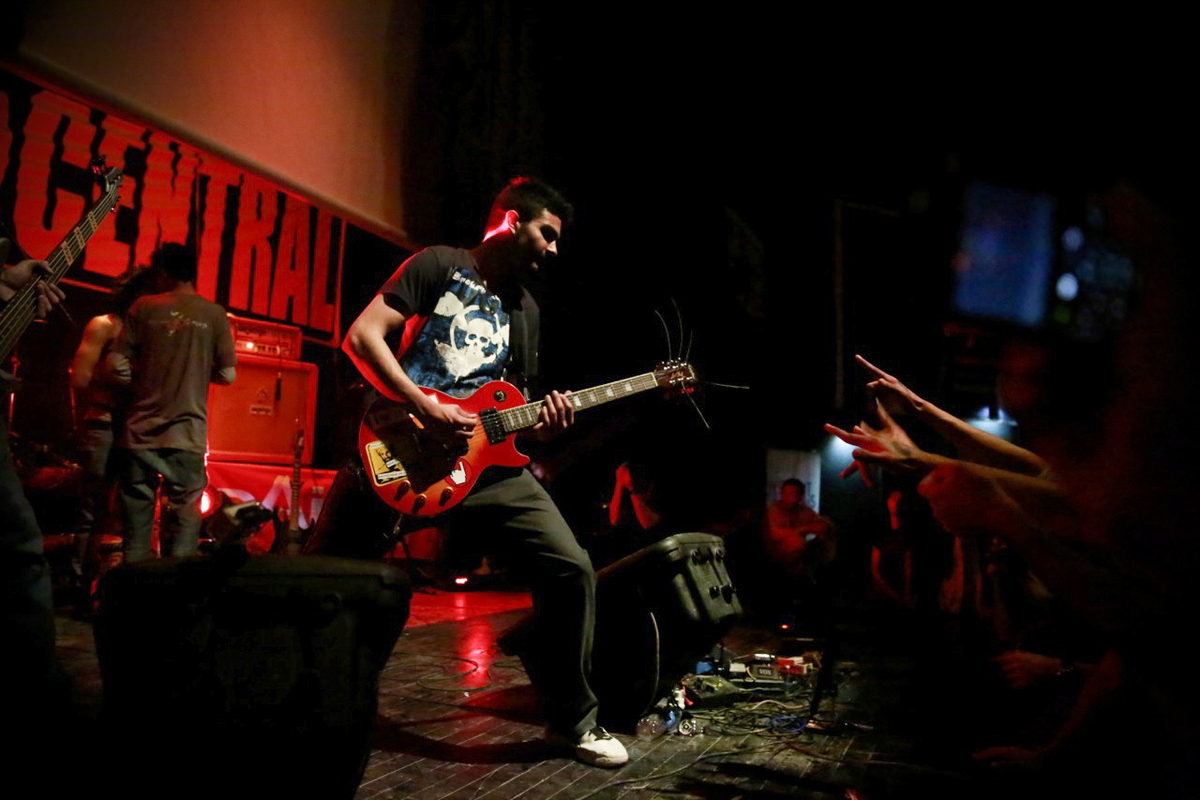 When 23-year-old Solomon "Sully" Omar felt the music scene in his native Denver wasn't giving him what he was looking for, he made a radical move. He headed for Kabul, capital of the war-torn country his parents had fled decades ago.

"I came here to continue my education and at the same time see what's in the music scene here and bring some of the skills and abilities that I have to the music scene," says Omar.

Omar is a member of District Unknown, a full-on metal band whose performance was one of the highlights of the recent Sound Central Festival of alternative music and arts in Kabul. More than 30 bands performed over four days during the third annual event.

And if you can imagine it, District Unknown's sweat-inducing set had the hundreds of Afghan spectators on their feet. 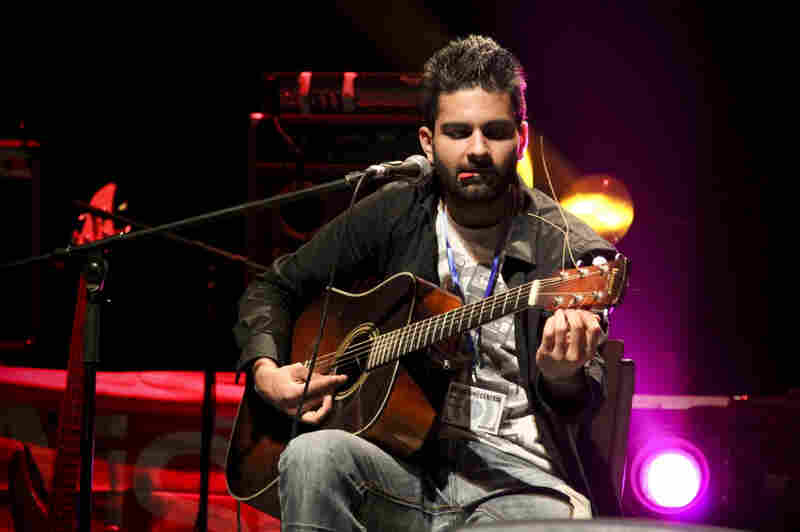 The 23-year-old, Colorado-born Omar (shown here performing an acoustic set with a member of District Unknown) says he was pleasantly surprised by the vibrant music scene he found when he landed in Kabul last year. Sultan Faizy/NPR hide caption 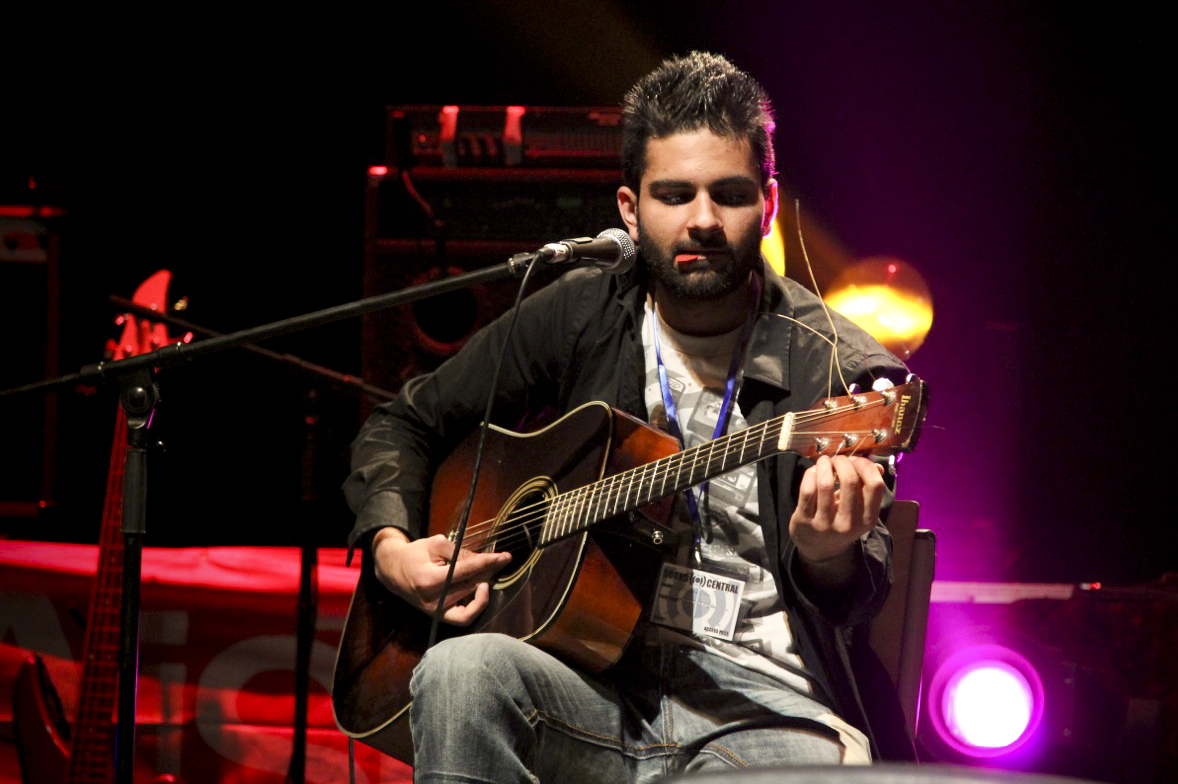 The 23-year-old, Colorado-born Omar (shown here performing an acoustic set with a member of District Unknown) says he was pleasantly surprised by the vibrant music scene he found when he landed in Kabul last year.

Omar says he was pleasantly surprised to find an actual music scene when he arrived in Kabul.

"I didn't know there was like crazy metal and dub step," Omar says. "I really wasn't expecting music to be alive and breathing and well and healthy here in Afghanistan."

The Family Returns To Afghanistan

Omar's roots are Afghan. He was born and raised in Colorado, where his parents ultimately settled after leaving Afghanistan in the wake of the 1979 Soviet invasion.

After the Taliban were driven from power in 2001, Omar's father started traveling back to Afghanistan, where he now works for the University of Massachusetts' Higher Education Project in Kabul. His mother works in Kabul advising female entrepreneurs.

His brother and sister both moved to Afghanistan, and Omar was the last of the family to resettle in Kabul.

He arrived last August and became the keyboard player, second guitarist and backing vocalist in District Unknown after initially helping them produce some songs.

Omar's parents attended the Sound Central Festival, and it was life coming full circle for the family. Omar's father — whom he describes as an artist and former hippie — performed on the very same stage of the French Cultural Center back in the '70s.

"My dad is a staunch supporter of my music career," says Omar. "He does want me to finish my school as a first priority."

Omar is doing just that. Currently a student at the American University in Kabul, he hopes eventually to study electronic music production at Berklee College of Music in Boston.

Omar says it's a different experience performing in front of an Afghan audience.

"It's a mix of people who are both huge fans of alternative music and arts, and people who are completely new to it, and I think it makes for a great mix," he says.

While he has fans across Kabul who appreciate District Unknown and his DJ work, he does get strange looks from people when he tells his story.

"Most people that I tell that I came here, Afghans, they look at me like, 'What? Why?' " he says.

But, at least musically speaking, Omar was able to find what he was looking for.

"I'm happy here. There is here what I was longing for in the States as a musician — to find a thriving, kind of virgin music scene. That's the most awesome thing I could have wanted," Omar says. "It's not in the perfect circumstances, but I'll take it."