Accessibility links
Young Gazan Men Get Unwanted Haircuts, Courtesy Of Police : Parallels The Islamic group Hamas runs the Gaza Strip and controls the police force. A number of young men say police plucked them from the street and shaved their heads recently, apparently because the officers didn't approve of their hairstyles. 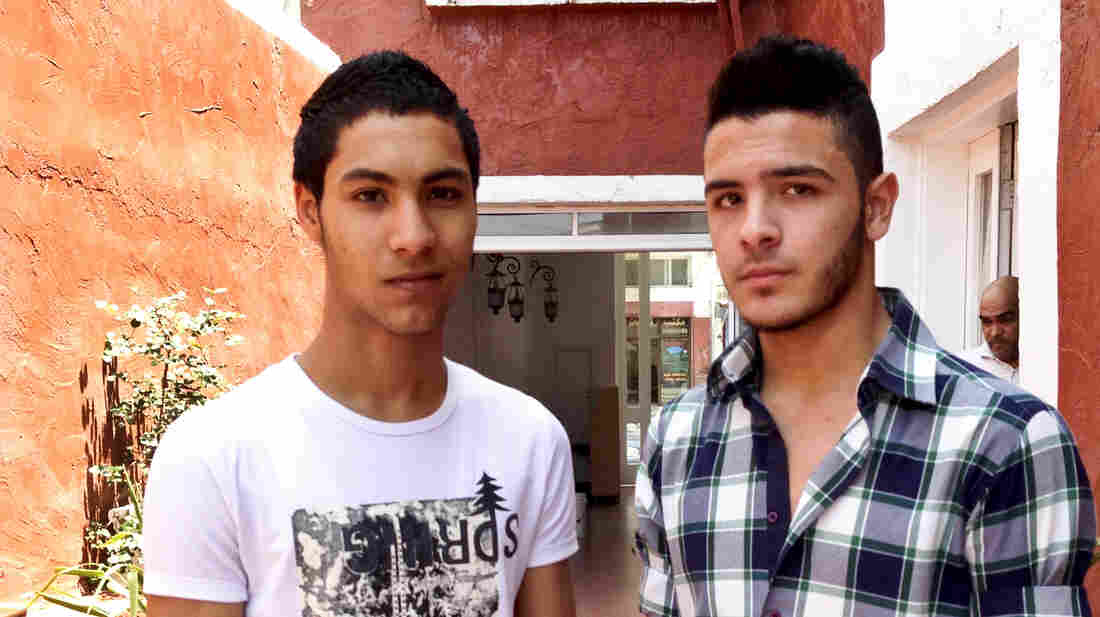 Tarik al-Nakib (left) says Gaza Strip police officers picked him up on the street and forced him to get his hair cut recently. He's growing it out again in a style similar to that of his friend Mohammad Abu Ramadan. Emily Harris/NPR hide caption 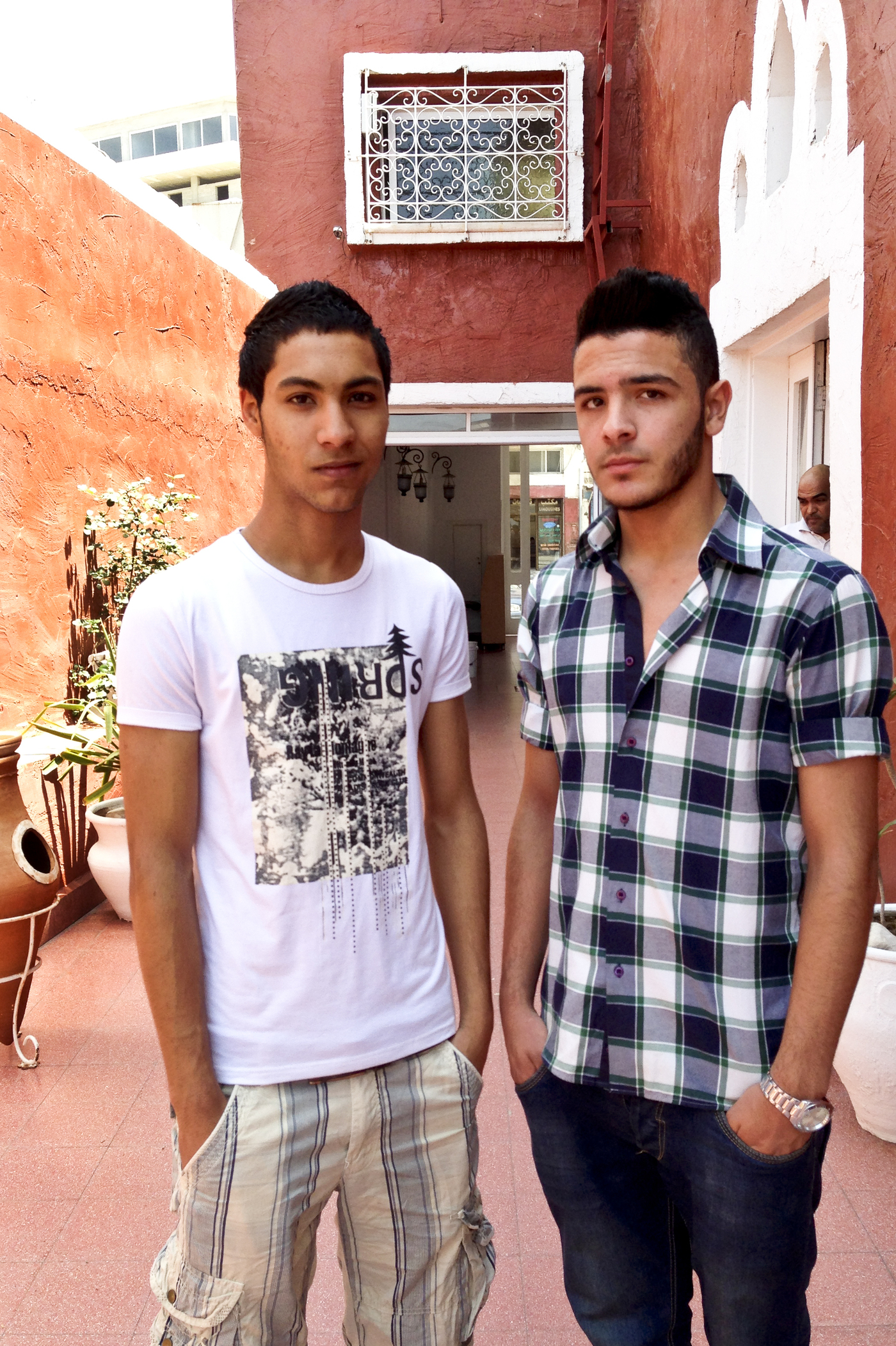 Tarik al-Nakib (left) says Gaza Strip police officers picked him up on the street and forced him to get his hair cut recently. He's growing it out again in a style similar to that of his friend Mohammad Abu Ramadan.

As 17-year-old Tarik al-Nakib tells it, he was just out to buy some bread one afternoon in April when a silver bus from the Gaza Strip police department pulled up next to him.

"One guy opened the door and asked me to get in the bus," Nakib says. "Another came out and pushed me in. I was trying to understand what was going on, what did I do? No one wanted to answer me."

He says the van picked up four other teenagers before heading to the central police compound. Turns out, the police were after his hair. Like many of his friends, Nakib likes to style his hair so the top is longer and waxed to stand up.

At the station, police made him empty his pockets and took a mug shot, he says. They showed him into a small room with no windows and one chair. A man with an electric razor came in and shaved Nakib's head bald. Nakib says the man then asked him to sweep up the fallen locks, but he made an excuse as a small attempt at defiance.

"I had tried to prevent them from taking me in the bus, but at the police station I didn't try to resist anything," Nakib says. "They said go in the room, I went in. They said sit down, I sat down. He shaved my hair. But I didn't clean up."

The Hamas-run government in Gaza doesn't have a formal decree against certain hairstyles. But the Palestinian Center for Human Rights documented a series of incidents in Gaza last month when police picked up young men and forcibly cut their hair.

Ihab Al Ghusain, the head of the Gaza government media office, told the center that the campaign was started by the Islamic Bloc, a student organization active in Gaza and the West Bank

Pants that sag below the waistline apparently also drew police interest. The human rights center reports some young men picked up for their hair had to sign a statement promising not to wear low-rider trousers.

Al-Ghusain backed that idea in April 15 posts on both his English and Arabic Facebook pages.

He said he would ask the Palestinian Legislative Council to outlaw behavior that goes against conservative customs, and linked to an article about a U.S. town banning low-riders.

"If this happened in Gaza we'll hear all human rights organizations shouting," he wrote.

It's not clear how far the crackdown on men's hairstyles could go.

"They're just trying to scare the young guys," says Samir Ashar, a local hair products manufacturer. "But some soldiers and even Hamas police officers style their hair."

Nakib is growing his hair back, but he says the police haircut did have an impact. He'd rather stay home now than go out with his friends.

One of his pals, Mohammad Abu Ramadan, stopped styling his hair for a while. But he's back to the wax and the stand-up look now.

"It's not a matter of challenging them," Abu Ramadan says. "But I won't change my personality for them. I see myself as more handsome this way. This is me."