Accessibility links
Afghan Mineral Treasures Stay Buried, Hostages To Uncertainty : Parallels Afghanistan is believed to be home to world-class mineral deposits, valued at up to $3 trillion and offering hope for the country's economic future. But in the current environment of uncertainty, investors are nervous and it could be many years before Afghanistan strikes pay dirt. 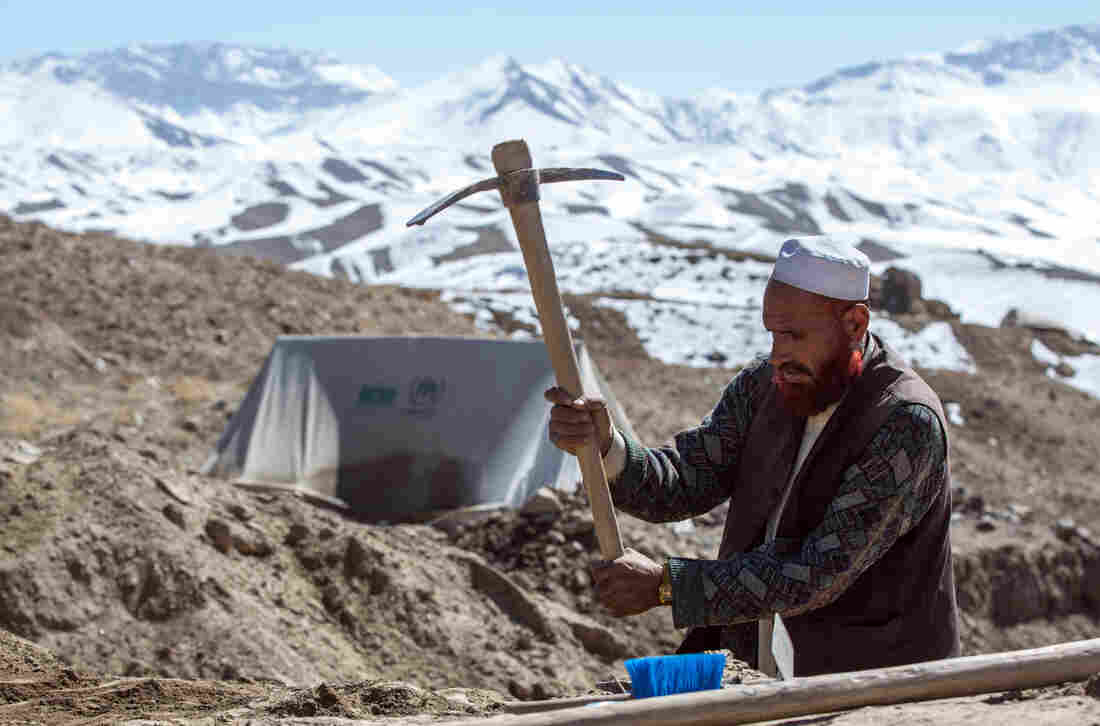 An Afghan worker helps excavate part of the mountaintop copper works above the ancient city at Mes Aynak in February. Afghanistan is believed to be sitting on massive mineral and metal deposits. But many obstacles have prevented large-scale mining from getting underway. Matthew C. Rains/MCT/Landov hide caption 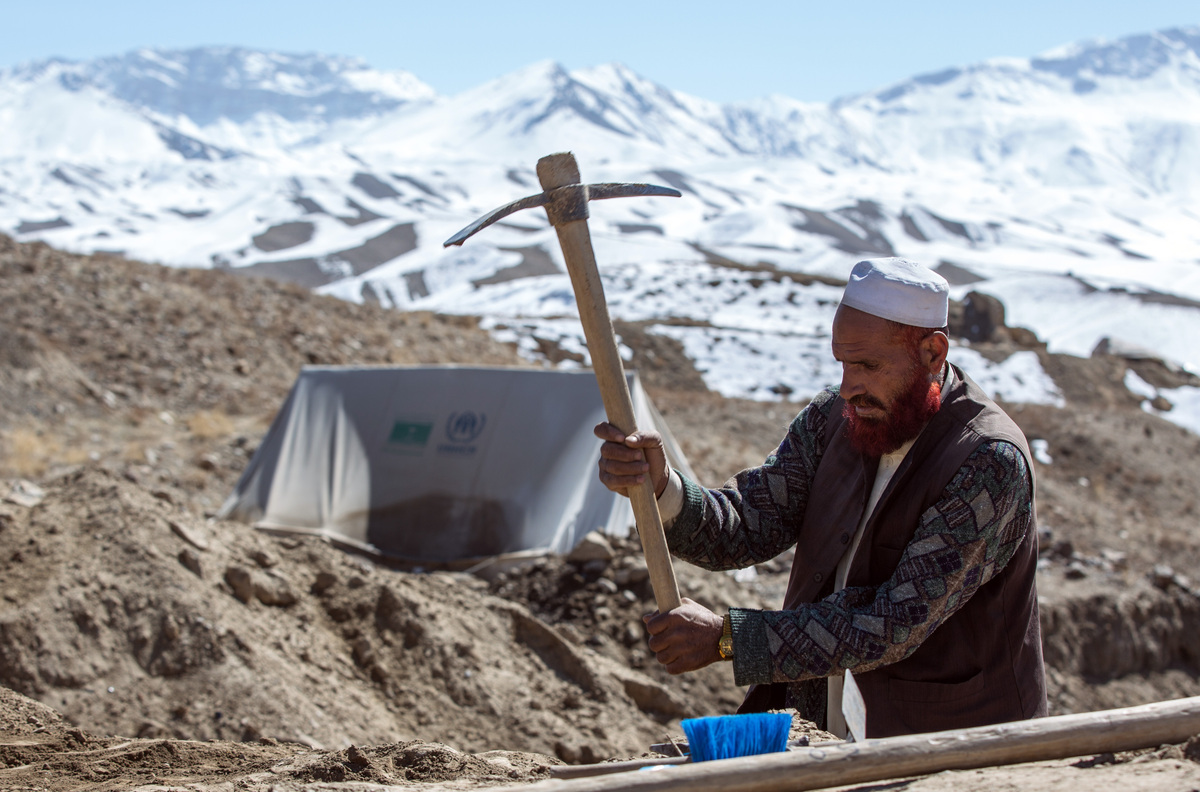 An Afghan worker helps excavate part of the mountaintop copper works above the ancient city at Mes Aynak in February. Afghanistan is believed to be sitting on massive mineral and metal deposits. But many obstacles have prevented large-scale mining from getting underway.

For years, reports have suggested that Afghanistan is sitting on massive deposits of copper, gold, iron and rare earth minerals valued up to $3 trillion. This provides hope for a future economy that would not have to rely so heavily on foreign donations.

But with an uncertain political, regulatory and security environment, international investors are hesitant. And it could be many years before Afghanistan begins extracting its mineral wealth.

The Afghan Geological Survey office in Kabul is one of the few agencies in the country that measure up to international standards. Here, a U.S. government task force is helping train and advise Afghan geologists in processing samples from potential mining sites.

On a recent day, technicians are busy cataloging core samples from North Aynak in Logar province, about 30 miles south of Kabul. Afghan and U.S. geologists are evaluating the site's potential as a copper mine. 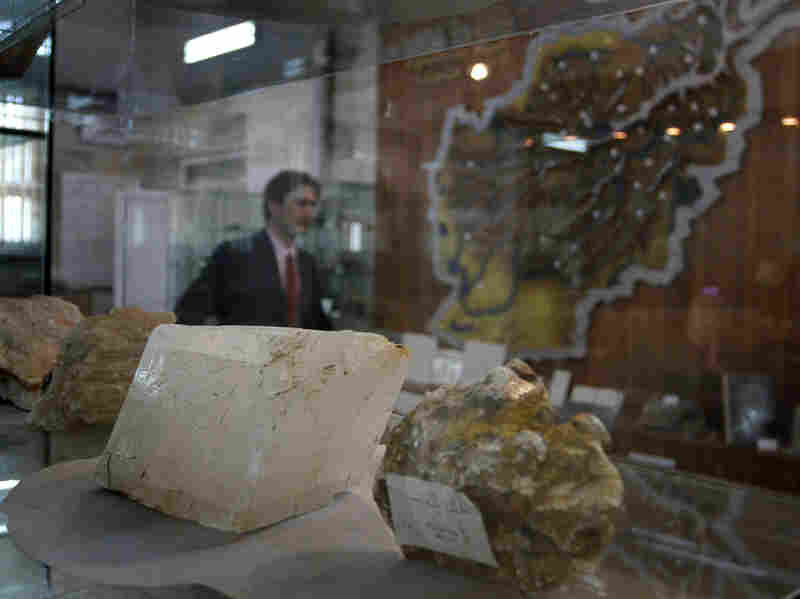 A journalist walks by an exhibit of minerals on the way to a news conference by the Afghan minister of mines, in Kabul in 2010. Musadeq Sadeq/AP hide caption 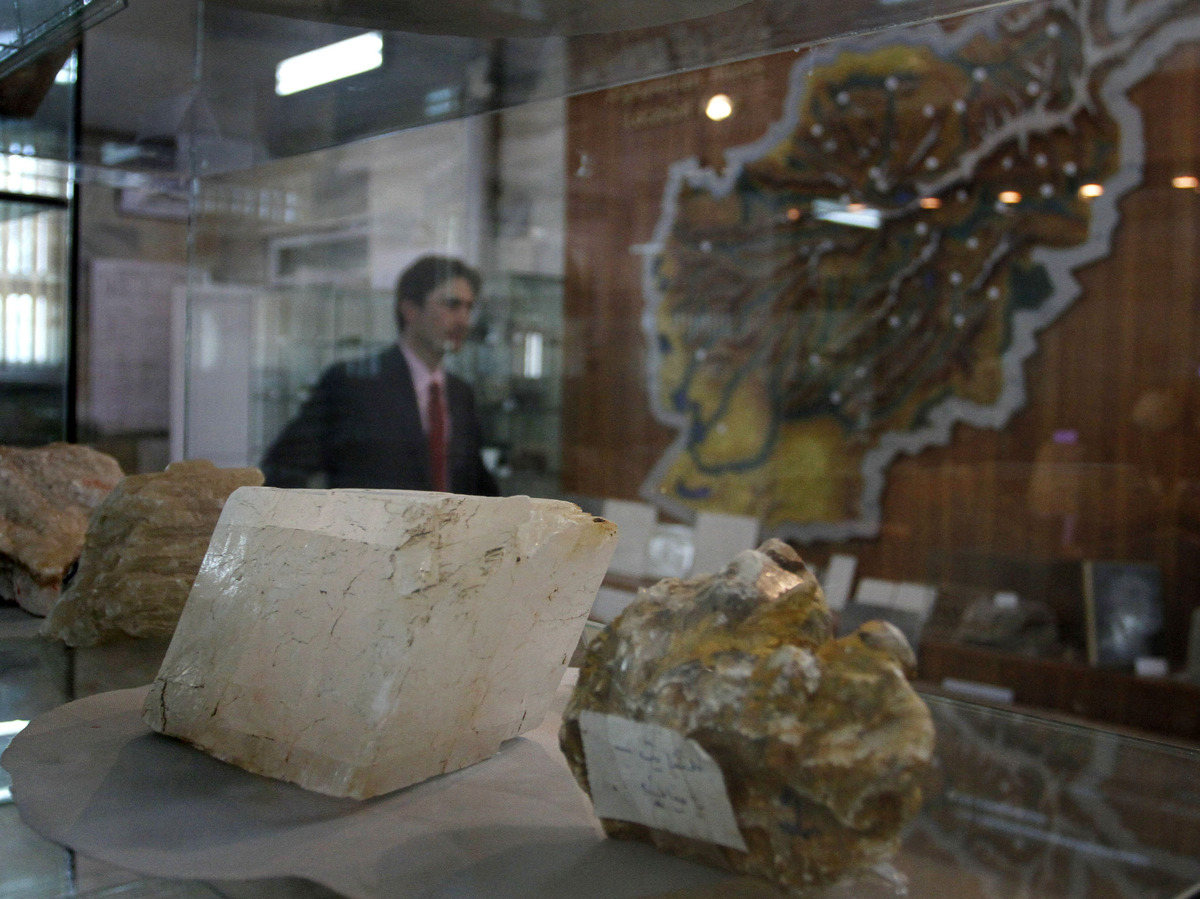 A journalist walks by an exhibit of minerals on the way to a news conference by the Afghan minister of mines, in Kabul in 2010.

Long thin cylinders of greenish rock from the site are lined up in cases.

After they are cataloged and photographed, they go to the cutting room, says geologist Mohammed Idrees Ahmadi.

"We cut them, we can see the mineralizations, the structures and the textures of minerals or rocks that are in the sample," he explains.

Then, men sitting on the floor break pieces of the core samples into smaller chunks and send them to the crushing room.

The crushed samples are shipped to a more sophisticated lab in neighboring Kyrgyzstan for analysis. Ideally, the samples will show copper concentrations that warrant establishing a mine. But, it's a long, slow process.

"Even in the most stable countries in the world, usually it takes four to five years for these types of deposits to begin their production," Ahmadi says.

Wahid Shahrani, the Afghan minister of mines, says it could take up to a decade for Afghanistan to see significant income from its mineral wealth.

But investors and analysts think that's an overly optimistic assessment, given the way things have gone so far. In 2008, Afghanistan issued its first mining concession to the Metallurgical Corporation of China for a giant copper mine in Mes Aynak near the site currently being evaluated. But the metal in Mes Aynak is still sitting in the ground.

Dreams Of A Mining Future On Hold In Afghanistan

Tamim Asey, an economist and former director in the Afghan Ministry of Mines, says ministry officials did not foresee the many obstacles to developing the mine.

Soviet-era landmines, the discovery of ancient Buddhist relics, and the landlocked country's poor infrastructure have all slowed efforts at Mes Aynak. Asey says these are just a few of the reasons investors are hesitant to sign mining deals in Afghanistan, but not the main one.

"When you go to a conference, the No. 1 question is not security for investors, it's the political and legal stability of the country," he says.

And there is plenty of uncertainty in that regard. The Afghan parliament continues to debate a new minerals law that will meet international standards of transparency and accountability.

Asey says the government has negotiated a number of contracts with foreign mining companies — but companies haven't yet signed the contracts.

"They have not signed it because the mineral law has not been approved," he says. "If investors don't see the law is passed within another six months to a year, those contracts will fall apart."

And, Asey cautions, Afghanistan doesn't yet have safeguards and policies to avoid the resource curse — in which the buried treasure promotes the wealth of warlords and corrupt officials, instead of promoting the wealth of the nation.