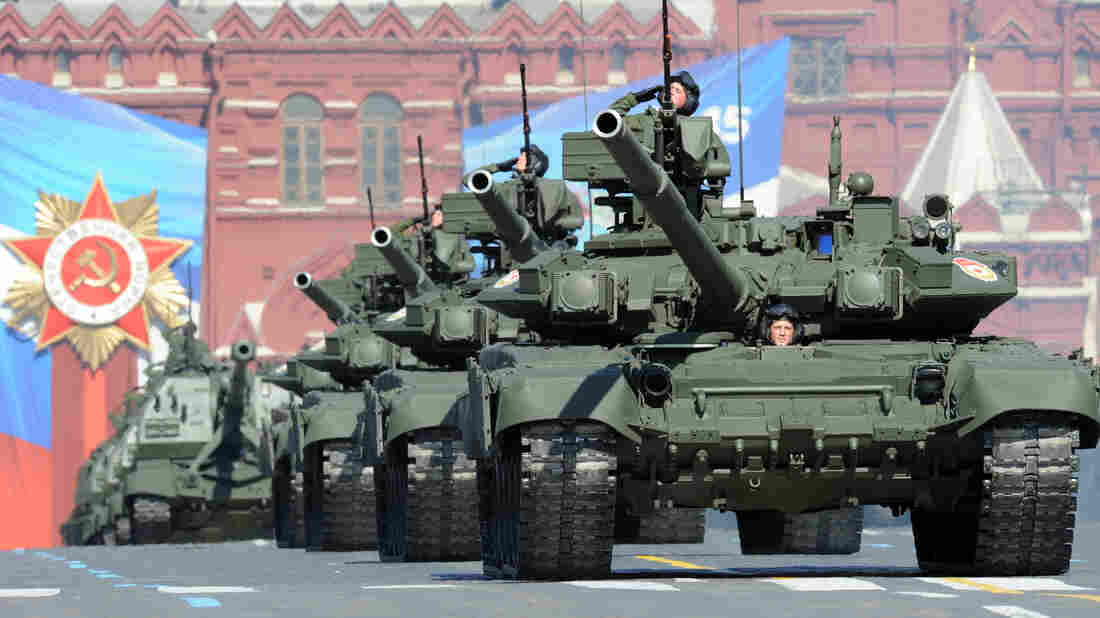 A column of Russia's T-90 tanks rumbles over the cobblestones in Moscow's Red Square on May 9 during the country's Victory Day parade celebrating the anniversary of its costly victory over Nazi Germany in World War II. Yuri Kadobnov/AFP/Getty Images hide caption 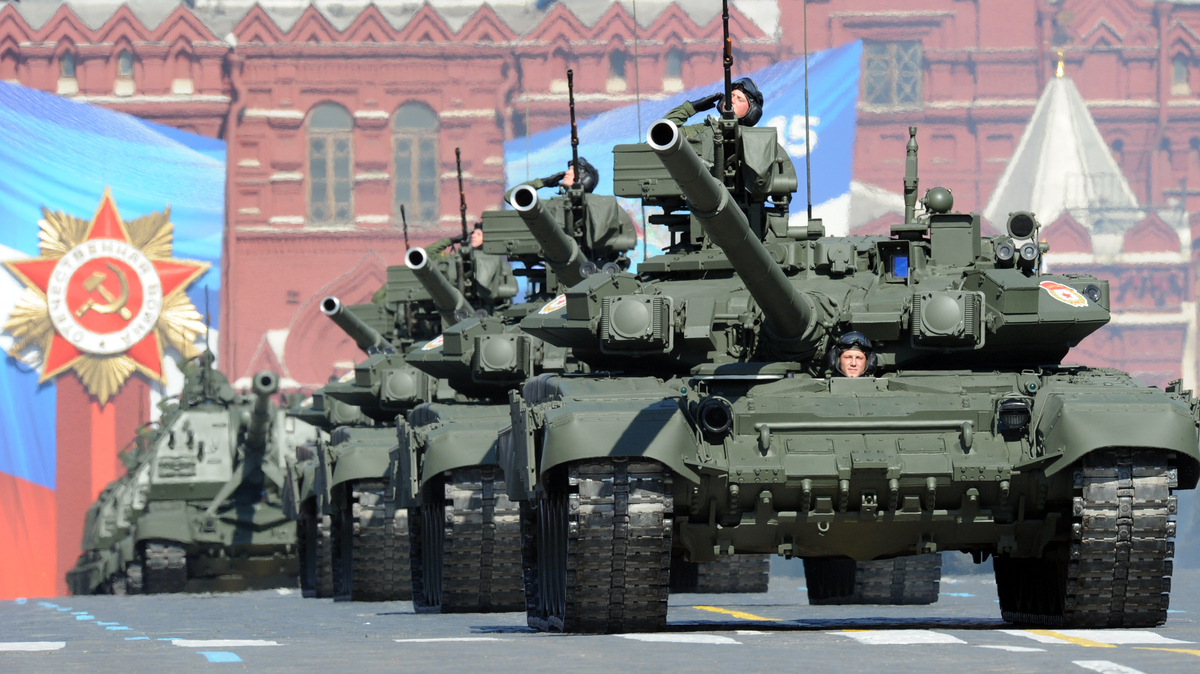 A column of Russia's T-90 tanks rumbles over the cobblestones in Moscow's Red Square on May 9 during the country's Victory Day parade celebrating the anniversary of its costly victory over Nazi Germany in World War II.

World War II remains a monumental event in the collective Russian mind. It's known as the "Great Patriotic War," and Russians believe no one made greater sacrifices than the Soviet Union when it came to defeating Nazi Germany.

The end of the war is celebrated with a huge military parade in Moscow's Red Square on May 9, commemorating the millions of men and women, military and civilian, who died during the struggle.

Any criticism of the Soviet war effort is rare. But even the rare comment has Russia's lower house of Parliament, the State Duma, looking for ways to control the narrative and make sure that the Soviet role is never portrayed as anything less than selfless patriotism.

The trouble is that World War II was fought under the leadership of Soviet dictator Josef Stalin, and his repressive policies continued throughout the conflict.

In the latest flap, legislators in the Duma have called for an investigation into remarks made by an opposition deputy criticizing Stalin's wartime counterintelligence agency, SMERSH.

The agency's name comes from the abbreviated Russian phrase "Death to Spies." A fictionalized version of SMERSH appeared as James Bond's main foe in the early novels by Ian Fleming.

However, the opposition lawmaker, Leonid Gozman, wrote in an online column that SMERSH actually belonged in the same category as the German SS and the Gestapo.

He wrote that the name should "cause horror and disgust, but not be part of a headline for a patriotic movie."

Gozman said that's because SMERSH, at Stalin's bidding, took part in the repression of the Russian civilian population as well, resulting in the killing and deportation of thousands of Soviet citizens.

The Russian government is currently working on an initiative to establish a "canonical" version of Russian history that will be promulgated countrywide in a single set of textbooks.

Gozman told The Moscow Times that the Duma should also check the comments of revered Russian authors such as Alexander Solzhenitsyn, "because they said the same thing long before me."

The head of the Duma's Security and Anti-Corruption Committee, Irina Yarovaya, said a bill addressing criticism of Russia's wartime history could be brought up for consideration soon.