Accessibility links
Children Of China's Wealthy Learn Expensive Lessons : Parallels Some super-rich Chinese are sending their kids to weekend classes in order to learn how to deal with money. The lessons include things like a charity sale designed to teach the children compassion, sharing and the value of money. 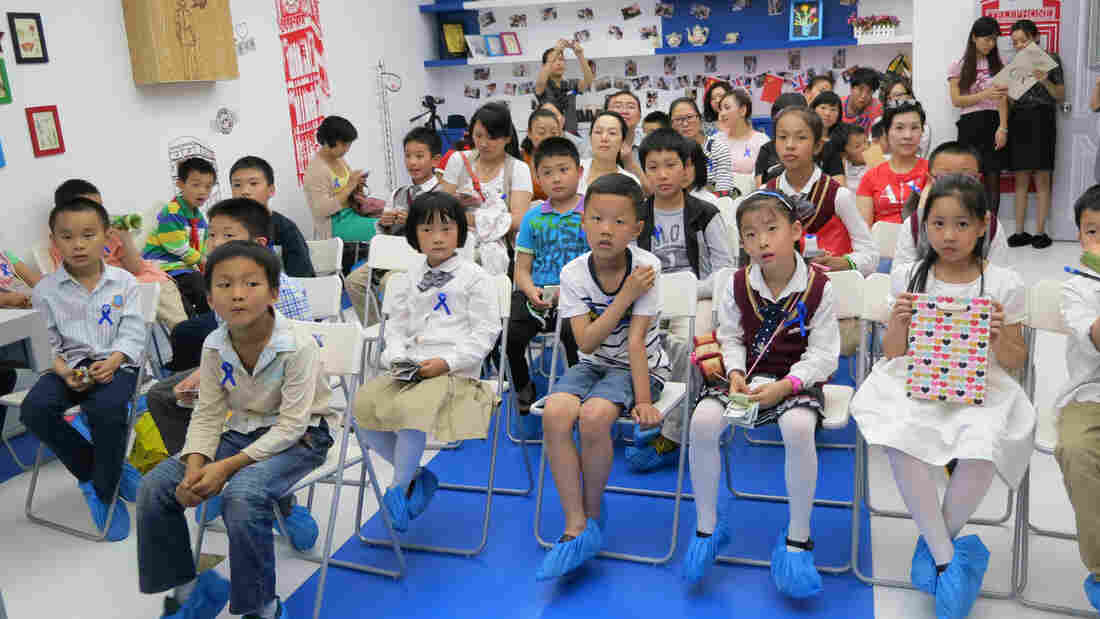 The children of wealthy Chinese attend classes designed to teach them how to do things like raise money for charity. The parents pay up to $10,000 a year to send their kids to weekend classes. Angie Quan/NPR hide caption 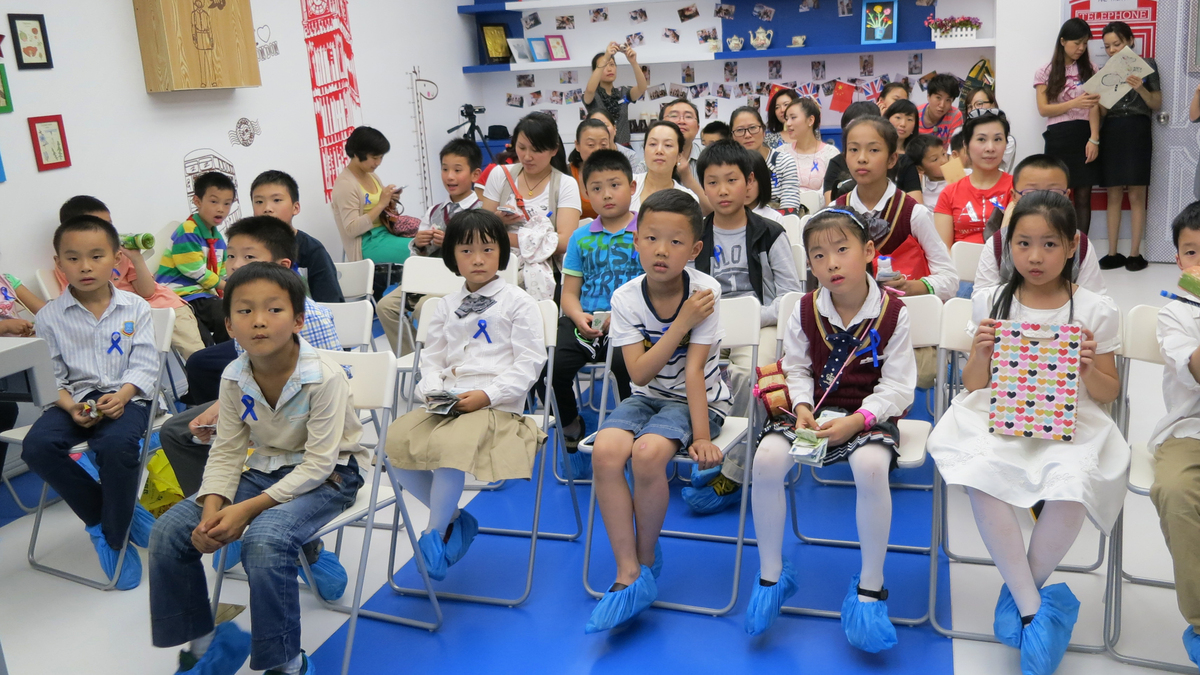 The children of wealthy Chinese attend classes designed to teach them how to do things like raise money for charity. The parents pay up to $10,000 a year to send their kids to weekend classes.

In China, having too much money is a relatively new problem. But the rapidly growing country is second only to the U.S. in its number of billionaires, according to Forbes magazine. And now an enterprising company has set up a course for kids born into wealthy families, who are learning how to deal with the excesses of extraordinary wealth.

For a moment, it looks like this high-end shopping mall in the southwestern city of Chengdu has been taken over by baby bankers. Kids in maroon neckties, white button-down shirts and khaki trousers are holding a charity sale to raise money for earthquake victims. They're on a course dubbed a "mini-MBA" at China Britain Financial Education.

"Even for me, for all our teachers, we sometimes feel very surprised to hear how much pocket money they have," says Paul Huang, the head of research and development. "One girl told our teacher that each year at the spring festival, she might have more than 20,000 U.S. dollars as pocket money."

To put that in context, that's almost four times the annual income in Chengdu. Urban incomes in China have rocketed; they're 12 times what they were two decades ago. But still, these kids live in another world. Paul Huang describes the dreams of one student:

"Our teacher asked her, 'What's your ideal life in the future?' She thought about it for a while, say, 'I want to become a princess. I want to have a castle, and I will have lots of servants. I won't do anything, because I've got lots of money, so I just buy whatever I want.'" 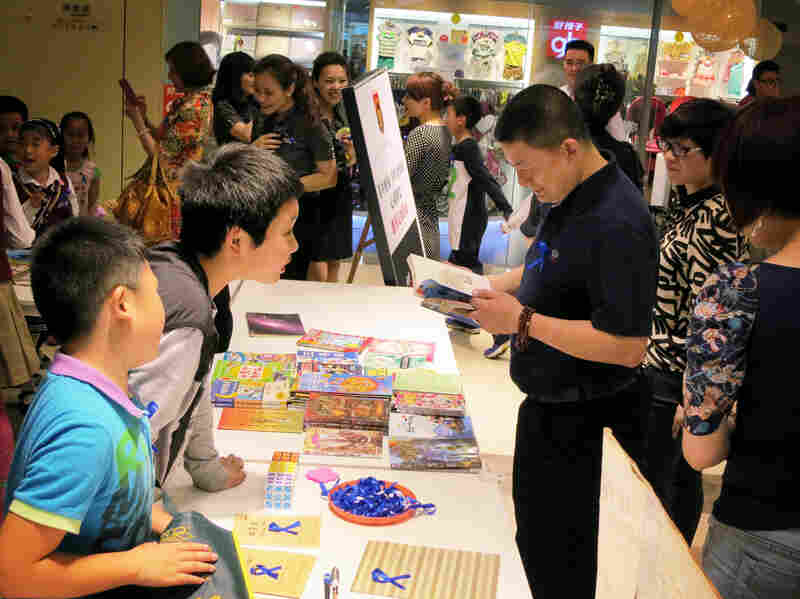 The charity sale is designed to get the children to learn compassion, sharing and the value of money. Angie Quan/NPR hide caption 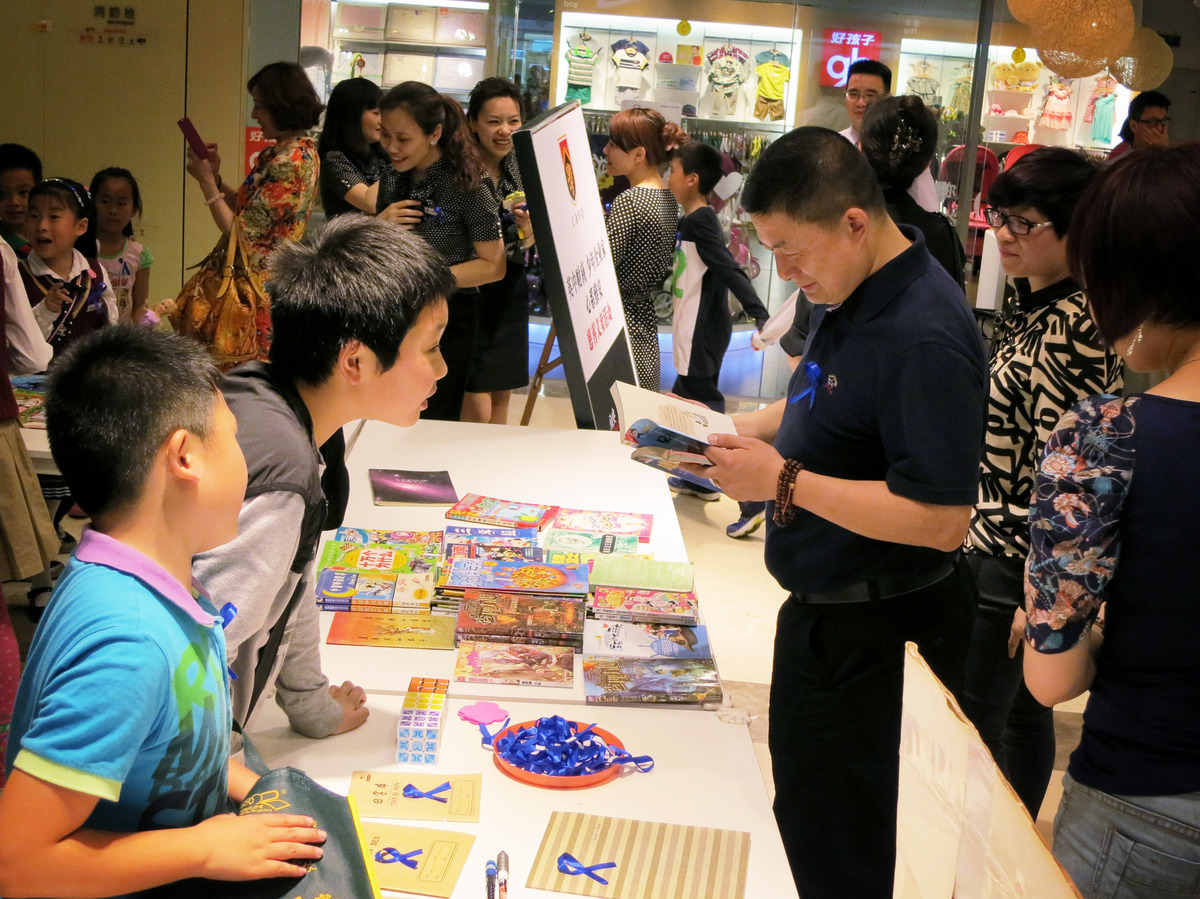 The charity sale is designed to get the children to learn compassion, sharing and the value of money.

In China, income inequality is already past danger levels, according to a measure known as the Gini coefficient, which puts 0 at complete equality and 1 at complete inequality.

A figure of 0.4 or above is regarded as signifying dangerous levels of inequality. China scored 0.474 in 2012, according to its own figures, which it released in January for the first time in 12 years.

It claims that income inequality is down from a peak of 0.491 in 2008. But many suspect the real statistics may be different, and one Chengdu institute calculated it at an alarming 0.61 last December.

So the ulterior motive of the charity drive is to teach these kids how to care about others, to teach little rich kids how to give back to society.

As it gets underway, one kid is playing the trumpet for money. Another is selling his hastily drawn picture of a tank for $16. That's way overpriced, but because it's for charity, all the goods are being snapped up, mostly by parents wearing a parade of designer labels.

Allen, 9, is selling off his old books. "You can pay what you like," he says, "because it's all about showing a loving heart."

But this budding businessman hasn't brought all of his books, he says; otherwise, his family would lose money.

"Generally Chinese kids are spoiled," admits his mom, Lisa Zheng. Her husband is the biggest culprit, she says, because he buys their son everything he wants.

But there's a bigger problem too, she says: Money is the be-all and end-all in modern day China.

Paul Huang agrees, saying this mindset has created a morality vacuum, which plays out among both the rich and the poor.

"For the wealthy family, their problem is they don't know and don't care where money comes from, and they spend money in a disgusting way to other people," he says. "For children from poor families, when they grow up, they try to do anything to get money. They don't think it's right or wrong. That's another problem."

These 25 kids raised $375 for charity, which is far more than if they'd been doing this on the streets. They've also learned cooperation, communication and the experience of giving back to society. But it's ironic that learning the value of money comes at no small price: A year's lessons cost the parents almost $10,000.