Accessibility links
China's Artist Provocateur Explores New Medium: Heavy Metal : Parallels In 2011, police detained Ai Weiwei for 81 days. Now, he's released a song that's turned the experience into a heavy metal protest song, along with a dystopian nightmare video. The lyrics are explicit and angry. Ai says his music is for the many political prisoners who remain jailed. 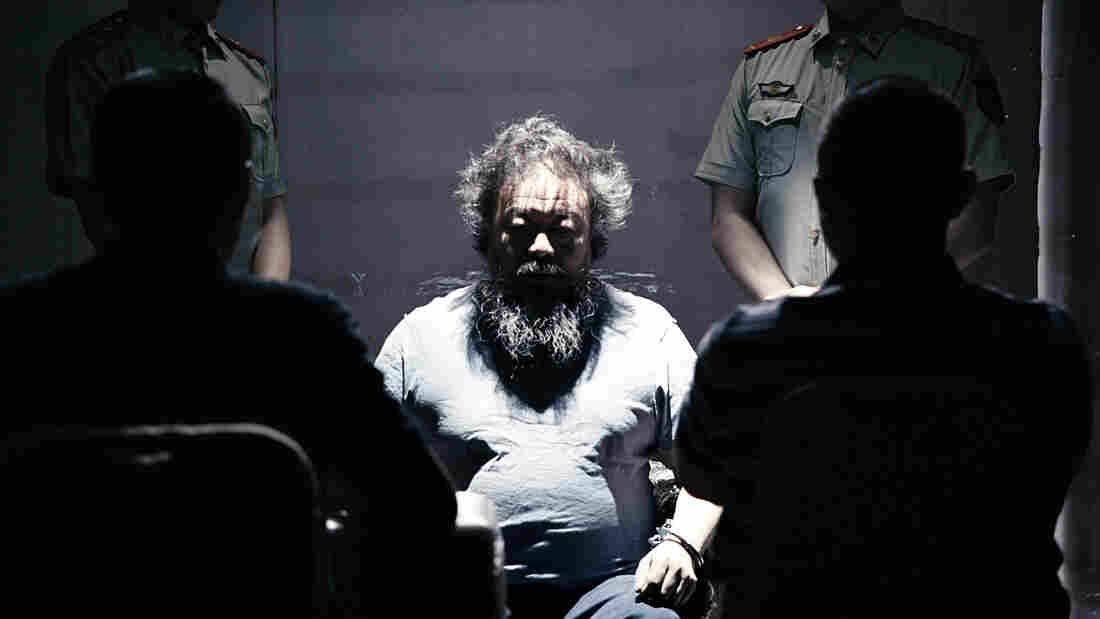 The video for Chinese artist Ai Weiwei's newly released song starts by re-creating the conditions of his captivity during the 81 days he was held in police detention in 2011, and later dissolves into a dystopian nightmare. Courtesy Ai Weiwei hide caption 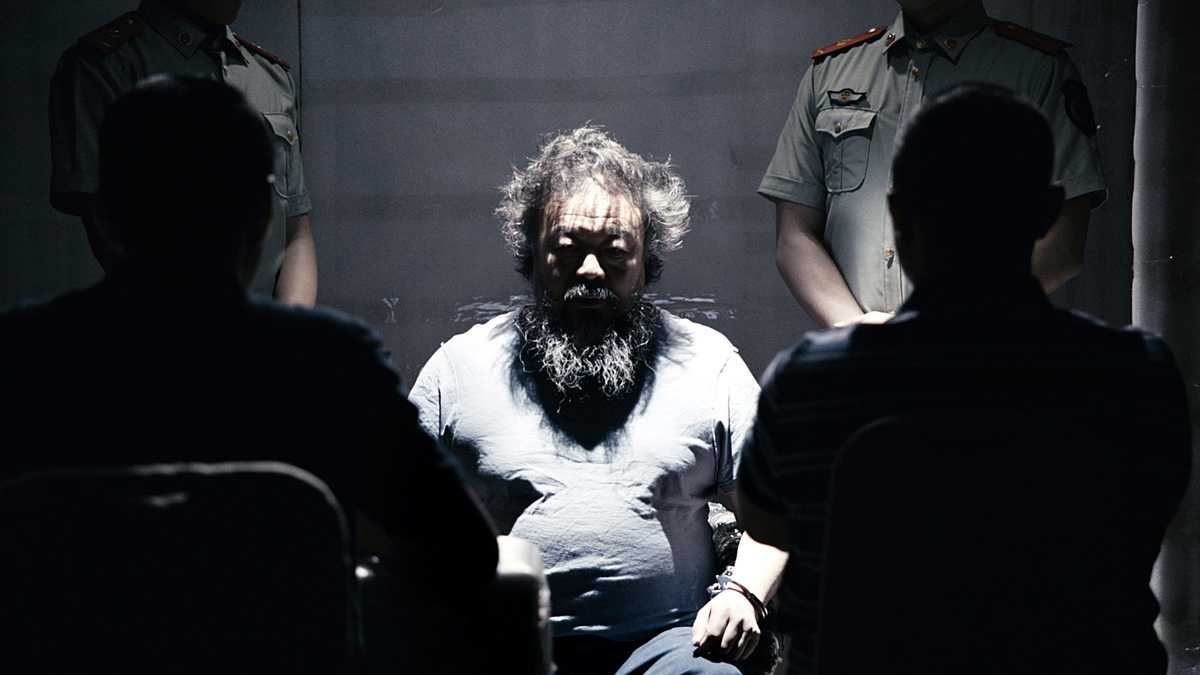 The video for Chinese artist Ai Weiwei's newly released song starts by re-creating the conditions of his captivity during the 81 days he was held in police detention in 2011, and later dissolves into a dystopian nightmare.

The man ArtReview magazine named the most powerful artist in the world is trying his hand at rock stardom. In 2011, the Chinese artist Ai Weiwei spent 81 days in detention. He was later let go and charged with tax evasion. Now, he has released his first heavy metal song, based on his time in police detention. 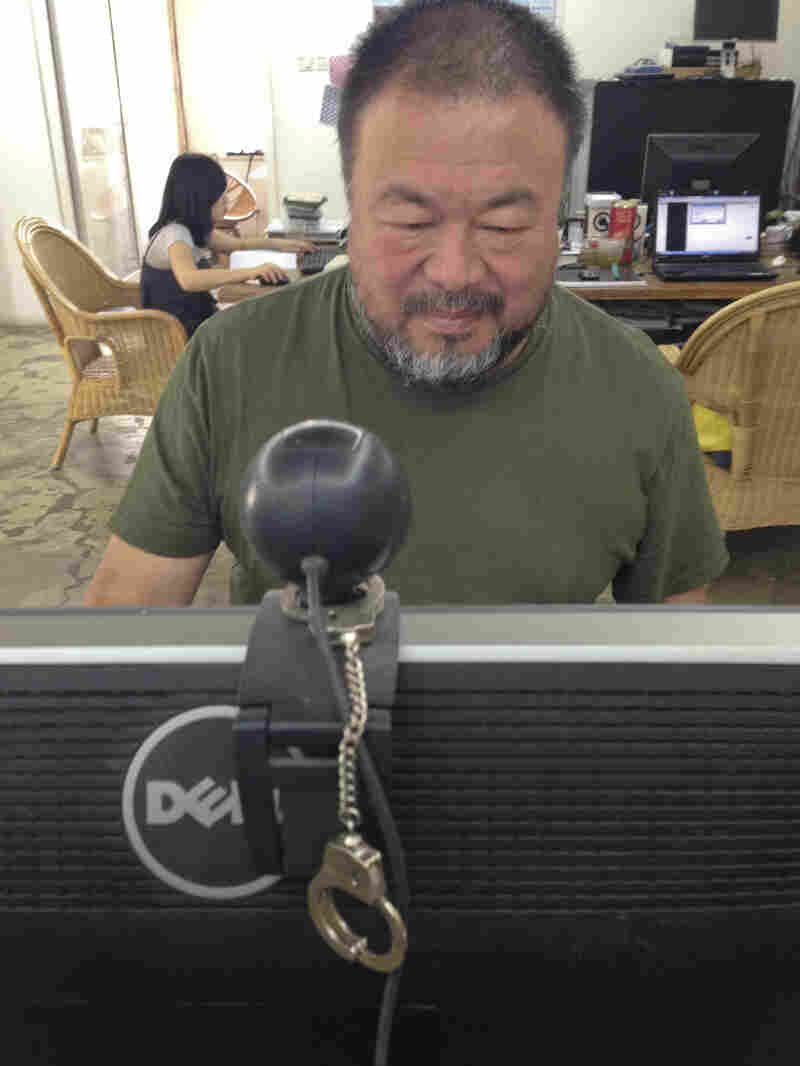 Ai monitors the reaction to his new song on Twitter on Wednesday, the day the song was released. Louisa Lim/NPR hide caption 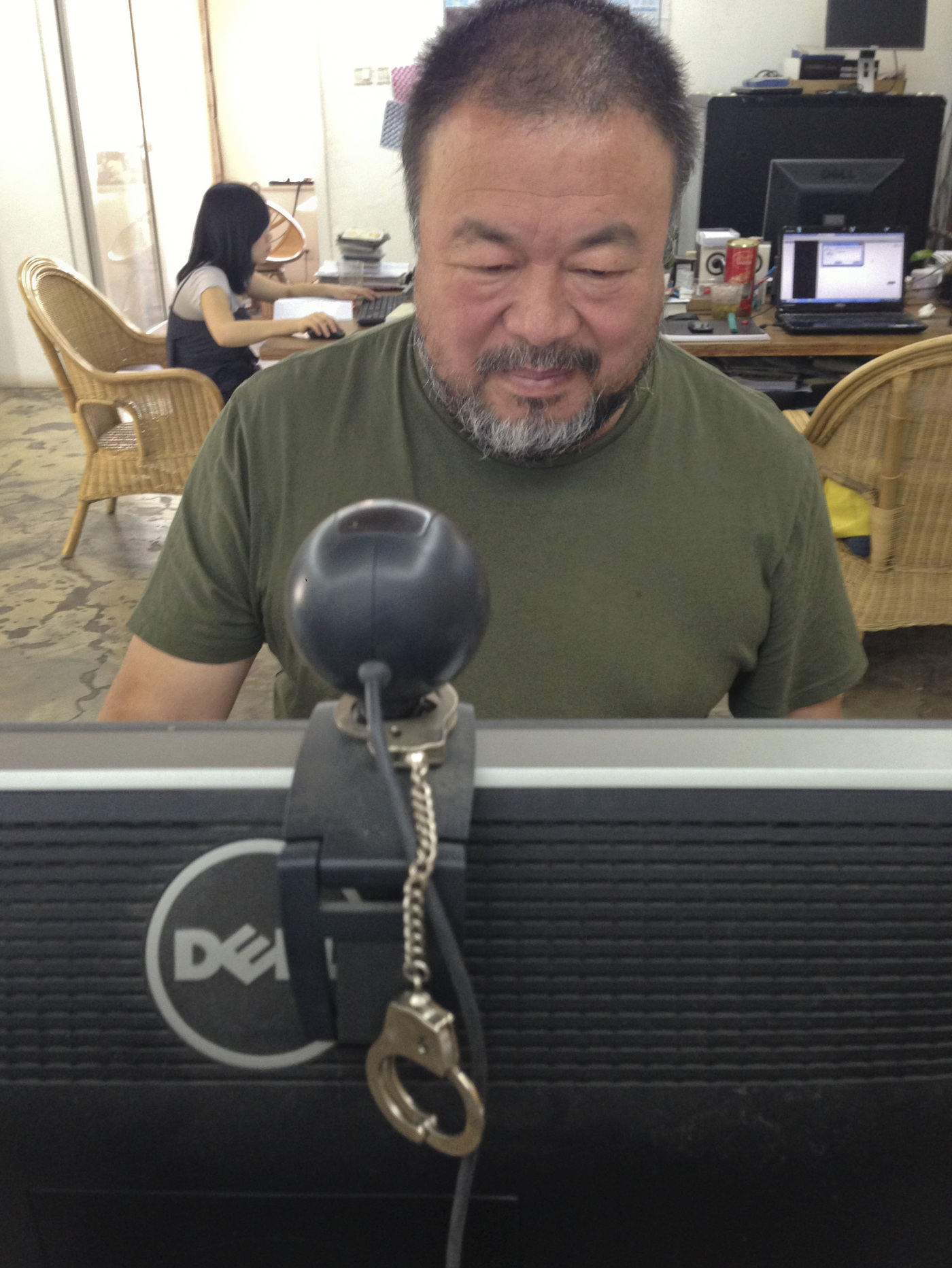 Ai monitors the reaction to his new song on Twitter on Wednesday, the day the song was released.

The video for the song, "Dumbass," opens with a scene showing Ai Weiwei sitting in a chair, a black hood over his head. Written on the hood are the words "suspected criminal." As he paces the cell, two guards pace with him. As he sleeps, one stands over his bed. Even seated on the toilet, they are just feet away, always present.

These scenes dissolve into the fantasies of one of the prison guards, including plastic blow-up dolls taking Ai's place in his bed, and the whole video ending with Ai, head shaved, dancing in drag. Ai says this dystopian nightmare — shot by cinematographer Christopher Doyle — reflects his detention experience.

"At least you shared my nightmares. I had terrible nightmares after I was released," Ai says during an interview in his Beijing studio Wednesday. "But think about so many political prisoners, they're still in jail. So I make my music to give to them."

Ai's voice is angry, and the lyrics are explicit, at one point comparing China to a prostitute. The music was written by Zuoxiao Zuzhou, known as "China's Leonard Cohen." The song's title refers to anybody, Ai says, "who still has illusions about this political condition and have illusions to think there is possibility to make some kind of change. I think the system itself refused to make any kind of change."

This is the first track issued from The Divine Comedy, an album set to be released on June 22, the anniversary of his release from detention.

As he taps away incessantly on Twitter, Ai Weiwei seems to be becoming a global brand.

He can't leave China because the government never gave him back his passport after he was released from his detention. But he has ongoing projects scattered around the world.

He has an exhibition in Indianapolis and another piece in Hong Kong. Three projects are coming up in the Venice Biennale,, and he has a traveling exhibition heading for Princeton, N.J.; Cleveland; Toronto; and Miami.

He's the featured interview in this month's Playboy magazine, while filmmaker Alison Klayman's documentary Ai Weiwei: Never Sorry has played in theaters around the world.

Ai says he's "amazed" by the experience of watching someone portraying his experience on stage on the other side of the world. But playwright Howard Brenton sees the play as a collaboration, pointing out that it was Ai's own idea.

"We are part of his project really," Brenton told the BBC. "Ai Weiwei's work is like stones being thrown into a pond; the ripples, sort of like shock waves, get everywhere."

So what is his project anyway?

"My project is very simple," Ai answers. "It's freedom."

Though Ai Weiwei may not be able to carry a tune, he's not deterred. It may be dumb to speak out, he says. But Ai believes every citizen with a voice should use it to speak up for those who cannot.

"Courage," he says, "is not something you should sacrifice."