Accessibility links
Let Them Eat Grass: Paris Employs Sheep As Eco-Mowers : Parallels City officials in Paris are experimenting with an unconventional way to keep urban lawns trimmed. They are using sheep as a "green" alternative to gas-powered lawn mowers. 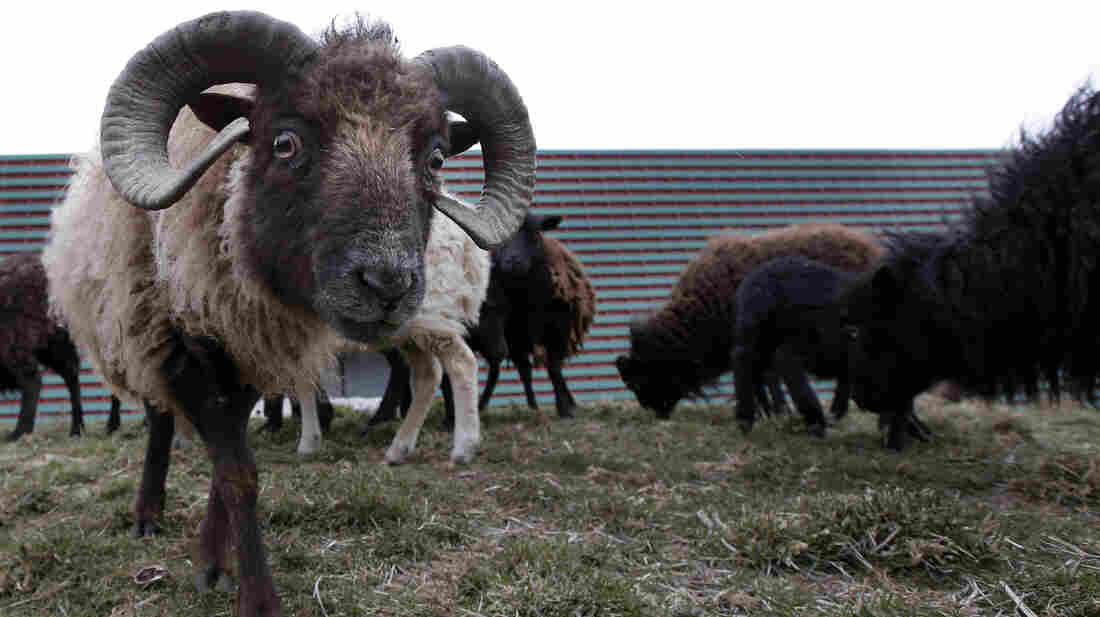 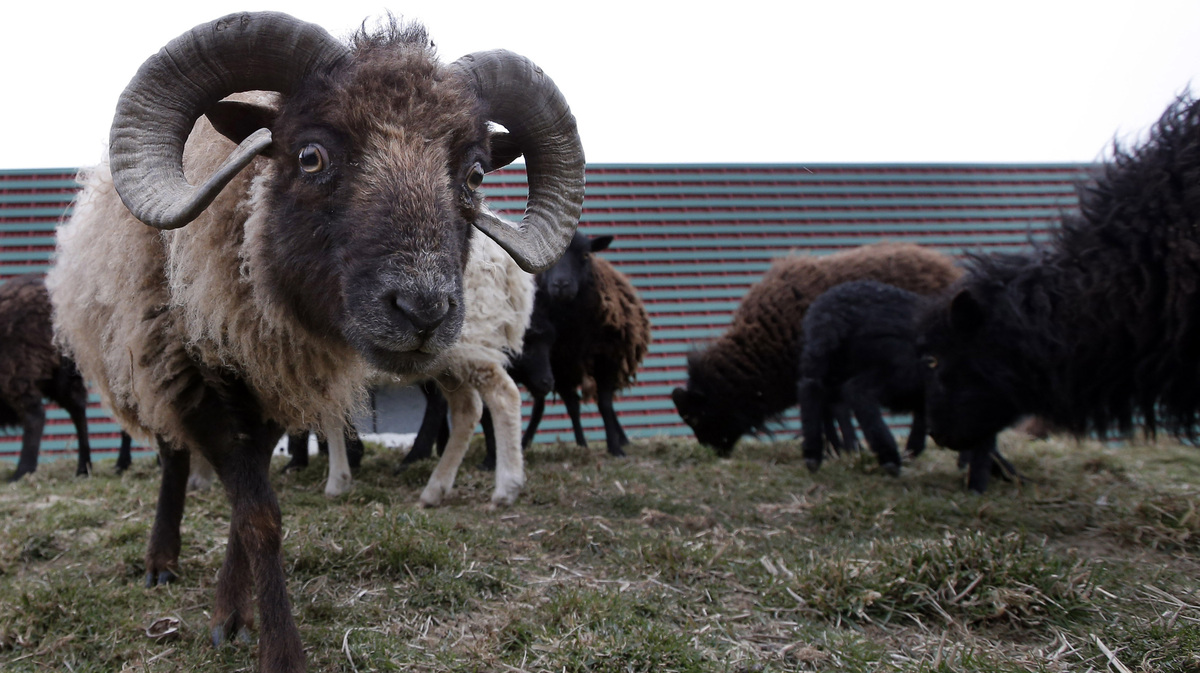 City officials in Paris are experimenting with an unconventional way to keep urban lawns trimmed.

Agnes Masson used to be simply the director of the Paris city archives. Now, she's also a shepherdess of sorts, responsible for four black sheep munching the lush grass surrounding the gray archives building at the eastern edge of the city.

Masson says the ewes are efficient and easy to care for.

"We don't have to do anything — just look after them to see if the four of them are always together," Masson says. "They have to be all together; if one is out [of] the group, it seems she is a bit depressed."

The sheep are on loan from the city of Paris, which keeps livestock for agricultural schools. The sheep don't need gasoline, so they're ecological as well as cute to look at. The droppings from the sheep also encourage biodiversity by drawing insects, which in turn attract birds to the area. 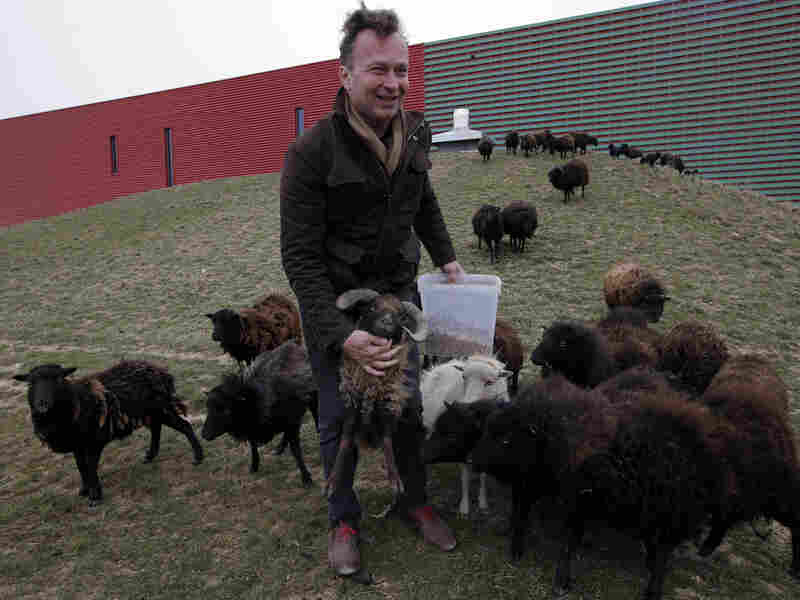 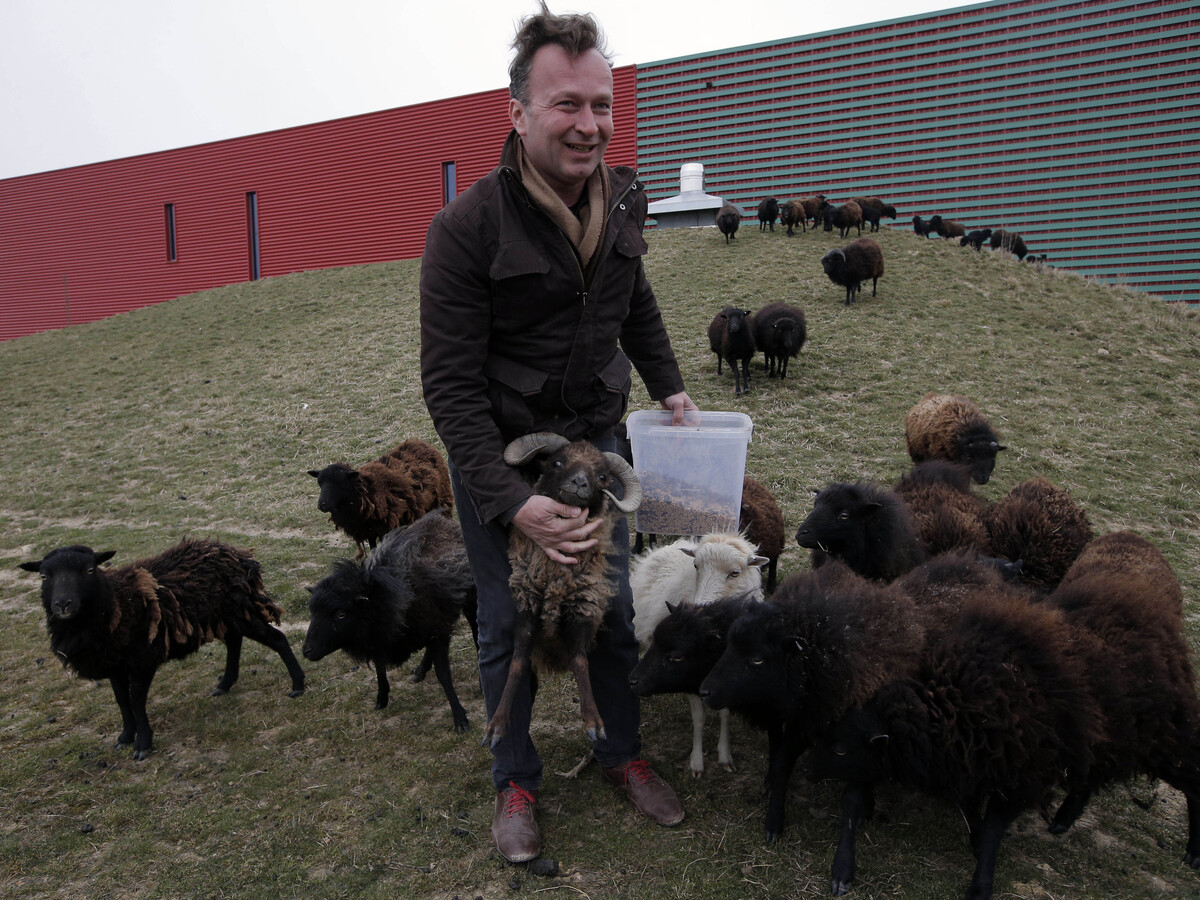 Sylvain Girard, owner of EcoMouton, shows his flock "mowing" around a truck warehouse.

The idea of swapping gas mowers for grazers is one that's catching on. Last year, the Louvre tried using two goats to mow the lawn at the Tuileries Garden in central Paris.

"I put some sheep on my grass, just for my own pleasure at first," Girard says. "And then some customers were so happy to see [them] on my grass, they told me, 'Why don't you offer this for other firms?' Then I started, one year ago."

Girard now has hundreds of sheep rented to companies all over France, including the state electricity provider and carmaker Renault. Girard says his business has doubled and he's gone from four employees to 30. The only problem, he says, is finding shepherds. It's not as easy as just putting an ad in the paper.

"There are really few shepherds here in the suburbs of Paris," he says. "It's very hard ... because they disappeared. Nobody in France [is] creating this type of job. I'm the only one looking for shepherds."

The petite, four-legged lawnmowers are Ouessant sheep, from an island off Brittany, on France's west coast. Girard says the Ouessant breed is too small to be used for commercial meat or wool production and was becoming extinct. The lawn-mowing business offers them a new, economic life.

Girard says he's not sure, however, how well they'll work out in Paris with all the tourists. They may be cute, but they're not domestic animals and shouldn't be touched, he says. The rams can offer a playful, but painful, butt for those who come too close.

Arnaud Louche, an employee here, says having sheep cut the grass is an innovative idea that saves money. And, he says, we don't have to hear the noise of a lawnmower all spring and summer.

Even Jerome Duval, who used to cut the grass here, says he likes the sheep, as long as they don't put him out of a job.

But Girard says if that happens, he's still looking for shepherds.

Sometimes the sheep look like they're sleeping on the job. Girard says they have to sit down and ruminate every couple of hours. Still, this being France, I have to ask him if his sheep follow the 35-hour workweek.