Accessibility links
Battling Deforestation In Indonesia, One Firm At A Time : Parallels Environmentalists are focusing on big corporations to prevent the destruction of rain forests cut down for paper products. With help from some unlikely characters, they've scored a success against one of the world's largest paper companies. 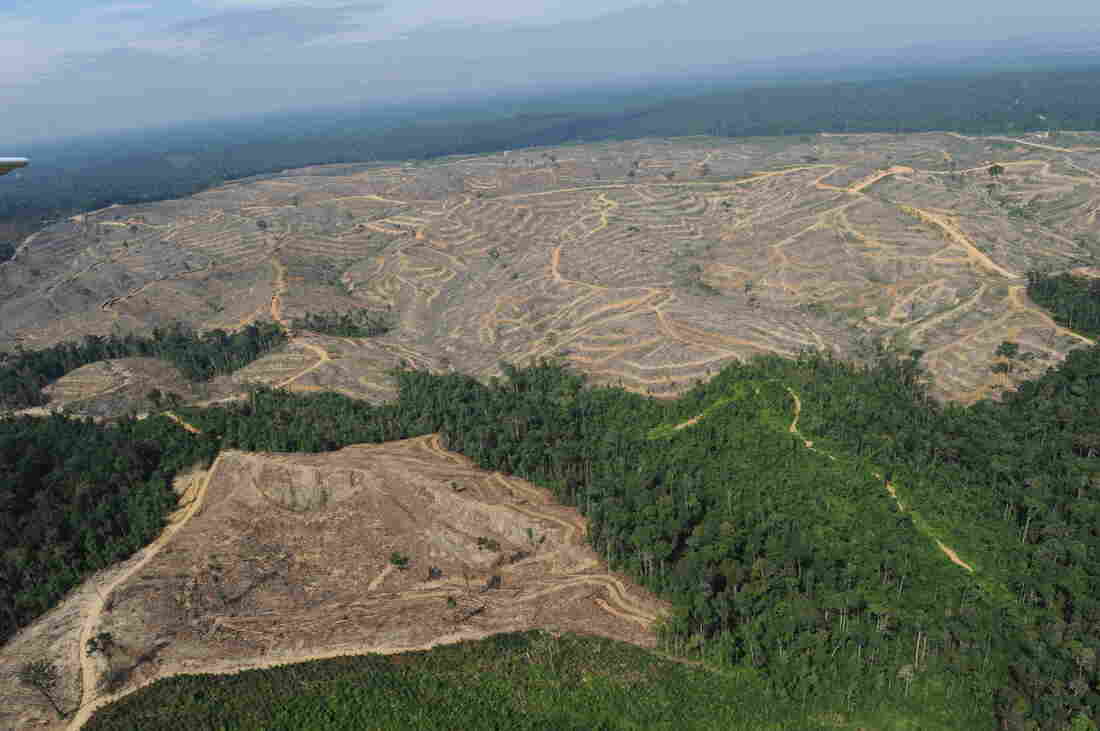 This photo shows a heavily logged concession affiliated with Asia Pulp and Paper, or APP, one of the world's largest papermakers, on the Indonesian island of Sumatra, in 2010. Romeo Gacad/AFP/Getty Images hide caption 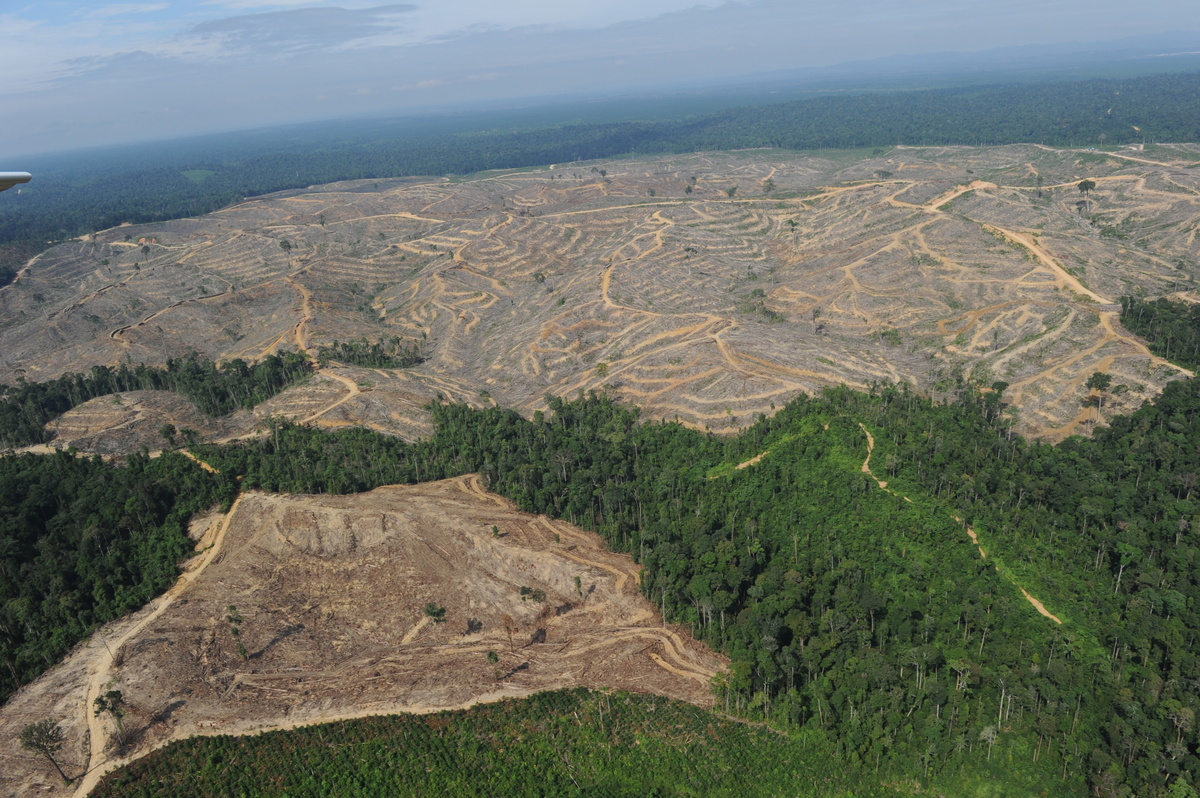 This photo shows a heavily logged concession affiliated with Asia Pulp and Paper, or APP, one of the world's largest papermakers, on the Indonesian island of Sumatra, in 2010.

On the Indonesian island of Sumatra, a backhoe stacks freshly cut trees to be made into pulp and paper. Asia Pulp and Paper, or APP, is Indonesia's largest papermaker, and the company and its suppliers operate vast plantations of acacia trees here that have transformed the local landscape.

APP has sold billions of dollars' worth of paper products to Staples, Disney and other big U.S. corporations. But environmental groups have accused APP of causing deforestation, destroying the habitat of Sumatran tigers and orangutans, and trampling on the rights of forest dwellers.

Asril Amran is the head of a nearby village. He says that the plantations have ruined the local environment. 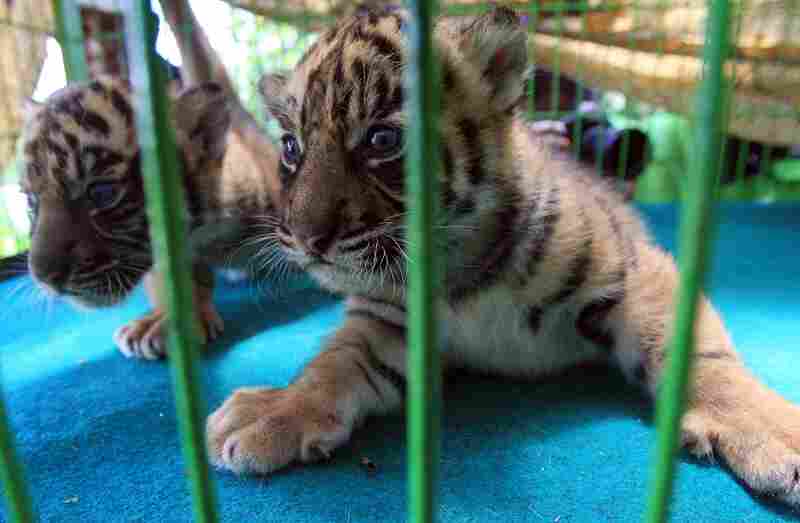 Sumatran tigers are among the animals whose habitats are under threat by logging in Indonesia. Dedi Sahputra/EPA/Landov hide caption 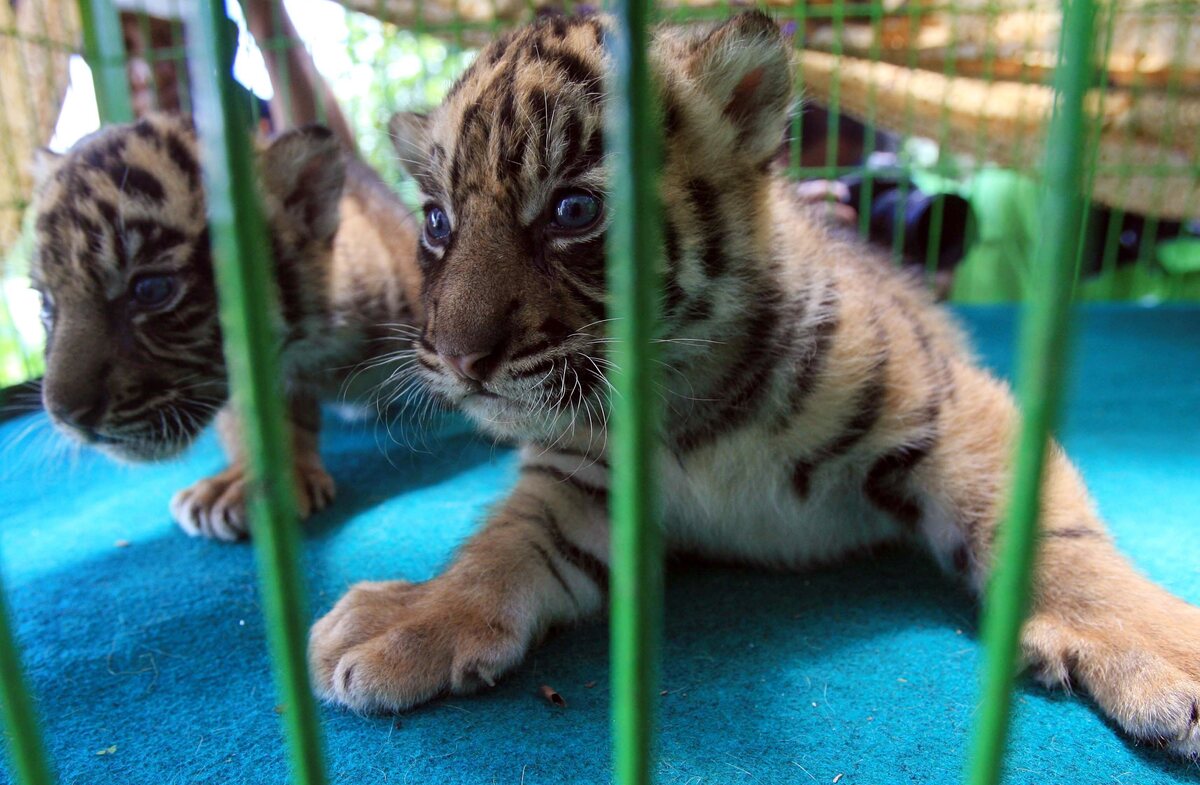 Sumatran tigers are among the animals whose habitats are under threat by logging in Indonesia.

"In the past we could go into the forest and catch deer. We could look for birds," he recalls. "But now, there is nothing, as you can see. No animal can live in the acacia forest. We cannot shelter in its shade. It's hot. It's a greedy tree — it uses up a lot of water."

The Rainforest Action Network says that APP has turned an area of rain forests the size of Massachusetts into pulpwood plantations. It estimates that by cutting down forests and burning peat land, APP spewed the equivalent of 67 million to 86 million tons of carbon dioxide into the atmosphere in 2006. That would rank APP's emissions ahead of 165 countries, as measured by those countries' emissions as measured in 2006.

They protested at the Los Angeles headquarters of Mattel, makers of the Barbie doll. In this campaign video, Barbie's boyfriend, Ken, learns that Barbie's packaging is causing deforestation.

In response, Ken dumps her. Barbie sits on her couch in a huff, wearing her Day-Glo spandex. 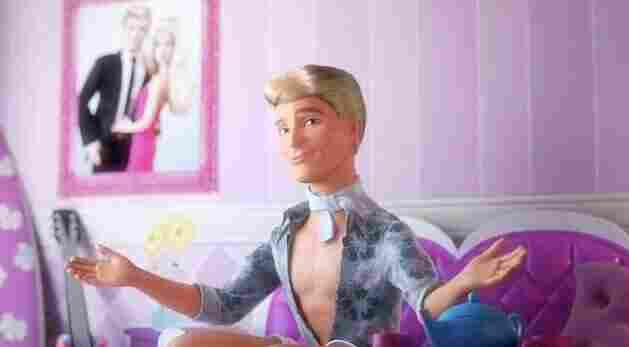 Ken "dumps" Barbie over deforestation in Indonesia in a Greenpeace video, part of a wider campaign to pressure APP to halt its logging efforts in Sumatra. YouTube hide caption

"I'm Barbie," she says. "As long as I look good, who cares about tigers in some distant rain forest? If Mattel wants to use wood from Indonesia's rain forests to make my box, then let them do it."

The campaign and others like it worked. Companies stopped buying APP's products, and APP's profits plummeted.

APP felt the criticism was unfair. After all, they said, they were building schools and conservation programs for local communities.

APP Managing Director for Sustainability Aida Greenbury says her company and the NGOs that were criticizing it were just not talking on the same wavelength.

"We addressed climate change by trying to implement sustainable practice in our forestry, so we have tried our best to address those. But there's always something missing, as if we were talking on two different frequencies."

So the company turned to Scott Poynton, a lanky Australian who runs the Tropical Forest Trust.

He Helped Discover Evolution, And Then Became Extinct

Poynton told them bluntly that if they kept cutting down virgin forests, no amount of "greenwashing" was going to help them.

"I was just like: You guys are not listening. Your whole business is going down the drain; you've got customers leaving you every two seconds; you think you're doing a good job; and you've missed the point," he says.

Poynton says that APP's managers just needed help in seeing that their business model was outdated.

"The context in which they're operating has changed, and with the questions of climate change, cutting down forests is not cool," Poynton says. "And people don't want deforestation in their products."

Environmentalists say the APP case shows the importance of big corporations in driving deforestation, and stopping it.

"Sure, consumers want stuff, they use stuff. But the corporations are the ones that determine often, or try to influence what you perceive that you need, and what you perceive are the things that you want to buy," says Lafcadio Cortesi, an activist with the Rainforest Action Network. "And so that's one of the reasons that we focus on large corporate consumers rather than individuals."

Greenpeace Indonesia activist Yuyun Indradi welcomes APP's new policy. But he says that if APP goes back on its pledge, Greenpeace will restart its campaign. He adds that APP is only the first step in a bigger fight against deforestation.

"Our target is zero deforestation in Indonesia by 2015," Indradi says. "Yes, I think it's quite ambitious. But APP's pledge helps to lighten our burden in reaching that goal."

He says Greenpeace is now trying to persuade other papermakers to follow APP's example.