Accessibility links
With Safaris And Yachts, Spanish King Comes Under Fire : Parallels King Juan Carlos is suffering his lowest ever approval ratings. Some Spaniards roll their eyes at his high-flying lifestyle and now question the future of the monarchy. 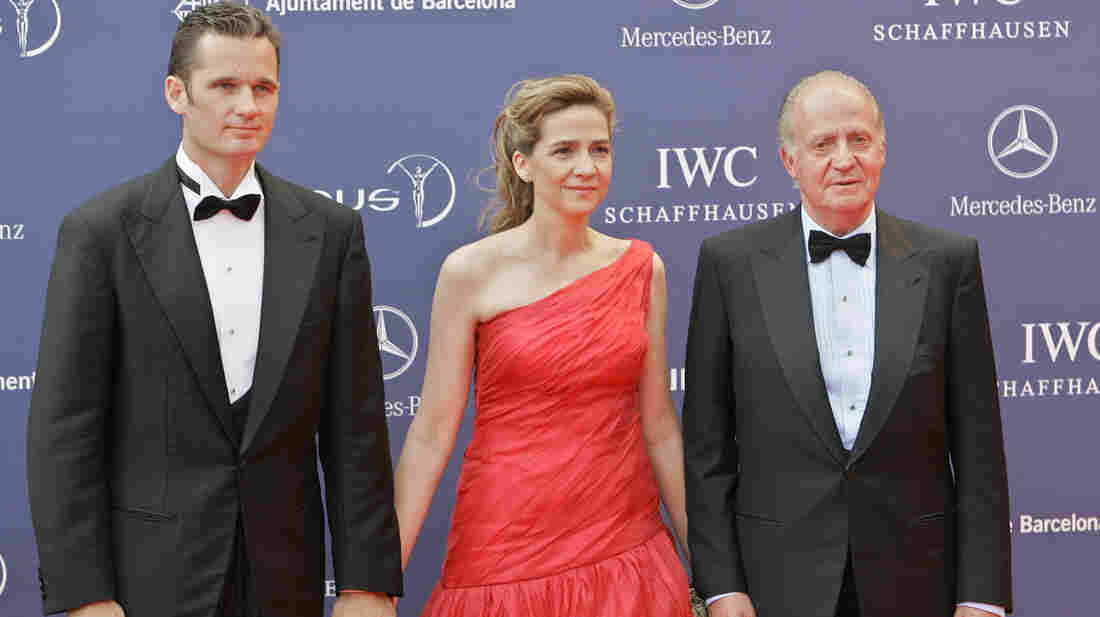 Spain's King Juan Carlos, his daughter Infanta Cristina and her husband, Inaki Urdangarin, are seen together on May 22, 2006. A corruption scandal involving Urdangarin, as well as the royal family's lifestyle is contributing to the public's diminishing respect for the monarchy. Jasper Juinen/AP hide caption 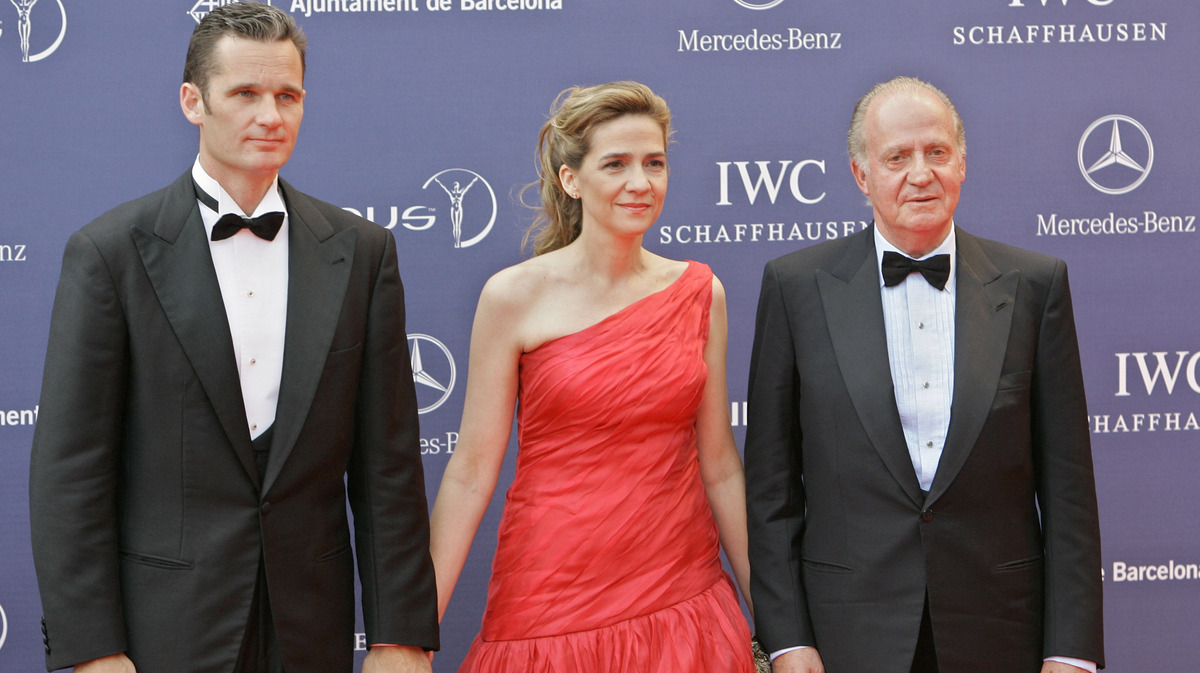 Spain's King Juan Carlos, his daughter Infanta Cristina and her husband, Inaki Urdangarin, are seen together on May 22, 2006. A corruption scandal involving Urdangarin, as well as the royal family's lifestyle is contributing to the public's diminishing respect for the monarchy.

With Spain's economy in shreds, the country is doing a lot of finger-pointing about who was at fault and where all the money has gone. The latest suspects: the Spanish royal family.

The reputation of the current Spanish king, Juan Carlos, was seemingly cemented one day 32 years ago when armed civil guard officers stormed the Spanish Parliament, holding lawmakers hostage in an attempted coup.

The king went on live TV, denouncing the officers.

"The crown cannot tolerate any action that interrupts the strength of the democratic process," he said.

The coup fell apart, and Juan Carlos was credited with keeping the country a democracy. All that goodwill lasted until very recently, when Spain's economy fell apart.

Suddenly, the royal lifestyle feels like an insult to some Spaniards.

"I'm totally against it," says Sandra Huang, "because why should I pay for their food, their clothes, their jewelry? I don't want to pay them."

Huang earns about $950 a month and resents any of her taxes going to the royals.

The palace has picked up on this growing anger, and announced that the king will give up his $27 million yacht. This comes after Juan Carlos was discovered elephant-hunting last year in Africa. That safari cost many times the average Spaniard's annual salary.

"I'm very sorry," the king told reporters last spring. "I made a mistake, and it won't happen again."

The king's poll numbers have hit record lows, something Spanish media are reporting on for the first time. Royal watchers like Hugh O'Donnell, who wrote a book about the Spanish king, can scarcely believe how quickly public deference has evaporated.

"I was in Catalonia in the early '90s, when he was coming to open one of the stadiums for the Barcelona Olympics," O'Donnell says. "He arrived late, and it was an open secret that he was held up due to a dalliance with his then-mistress in Mallorca. All of this was an open secret. The media certainly didn't cover it."

But now they do.

Judges are investigating whether her husband embezzled millions of dollars from charities he ran. They're also probing the princess's tax returns for any evidence of money laundering on her part.

Even the editor of the monarchist newspaper ABC, Bieito Rubido, acknowledges that the Spanish royal family wants an outsider to take the heat.

"The problem with the princess is her husband," Rubido says. "Iñaki Urdangarin took advantage of his relations with the royals to benefit himself."

The king has cut his son-in-law out of the royal budget. The island of Mallorca even changed signs on a street named after Urdangarin.

Some Spaniards are ashamed. Others roll their eyes and fret more about the economy. Thousands of protesters hit Madrid's streets every weekend.

At a recent anti-corruption rally, someone made a wisecrack about the royal family, and the crowd launched into a fiery debate about how much the princess was involved in her husband's dealings.

"You are under the same roof, sleeping in the same bed," said Roberto Nogueres, a community activist, "so it's impossible not to know anything about his activities.

"Direct democracy [and] demonstrations in the street, they're a contradiction with the monarchy," he said. "I think most of us really want a referendum [and] want to decide if we want to have a king or not."

Nogueres is unlikely to get that vote anytime soon. Spain is a constitutional monarchy, and when the 75-year-old king dies, his son, Prince Felipe, will take over. But as time passes and memory fades of the king's opposition to the attempted coup in 1981, the Spanish monarchy may change for good.