Accessibility links
Inmates In A Venezuelan Prison Build A World Of Their Own : Parallels In Latin America, it's said the only part of a prison the guards control is the gate, leaving convicts to fend for themselves. The inmate boss of one prison takes NPR's Steve Inskeep on a tour.

In Latin America — home to the vast majority of the world's most violent cities — it's said the only part of a prison a guard controls is the gate, leaving convicts to fend for themselves inside, even running criminal networks from behind bars.

I wanted to understand how a prison like that worked, and I was in luck: A colleague knew a man serving time a Venezuelan prison. The prisoner got in touch with the leader of the inmates, who sent word that he'd be willing to see us.

So on the appointed day we drove to the prison in the far western city of Barinas. At first, a guard at the gate was reluctant to let me, a foreigner, in. But after we said which inmate we were meeting, he let us pass.

Inside, guards come twice a day to count the inmates. Most of the rest of the time, the prisoners deal with a different authority, the man whose name opened the door for us: Wilmer Lopez. 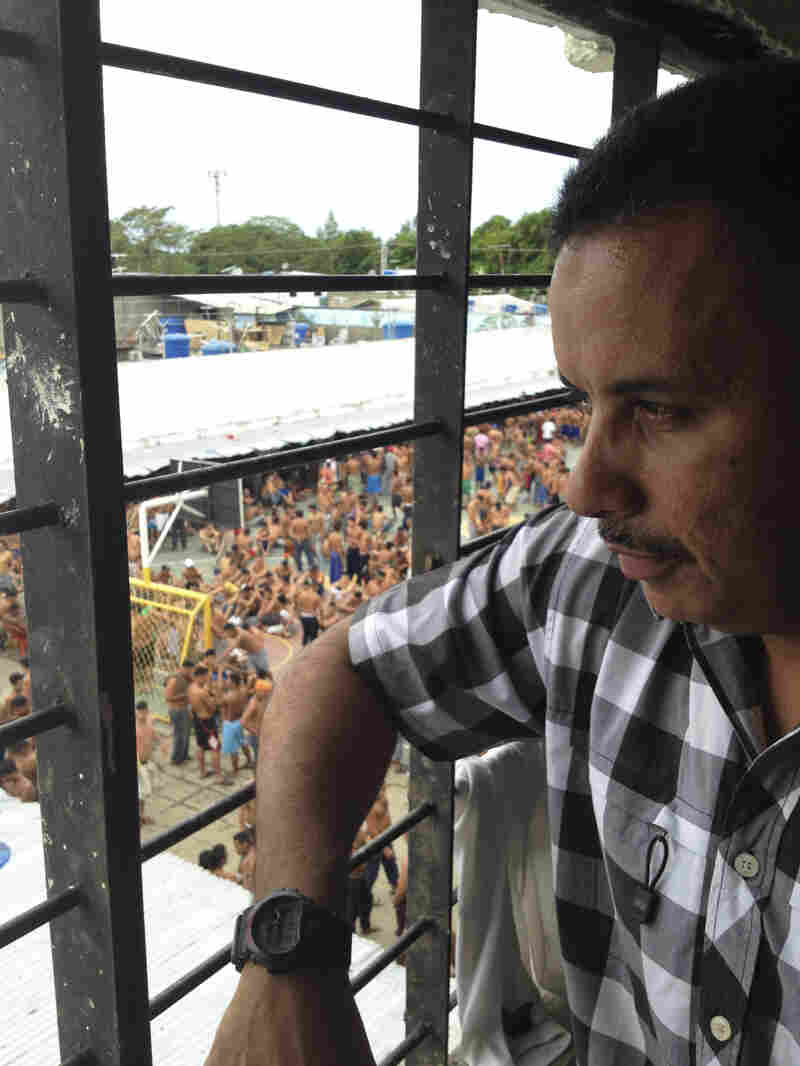 Wilmer Lopez is a former army sergeant serving a 20-year sentence for his role in a robbery and murder in 2002. Inside the Barinas prison, he is the boss. Steve Inskeep/NPR hide caption 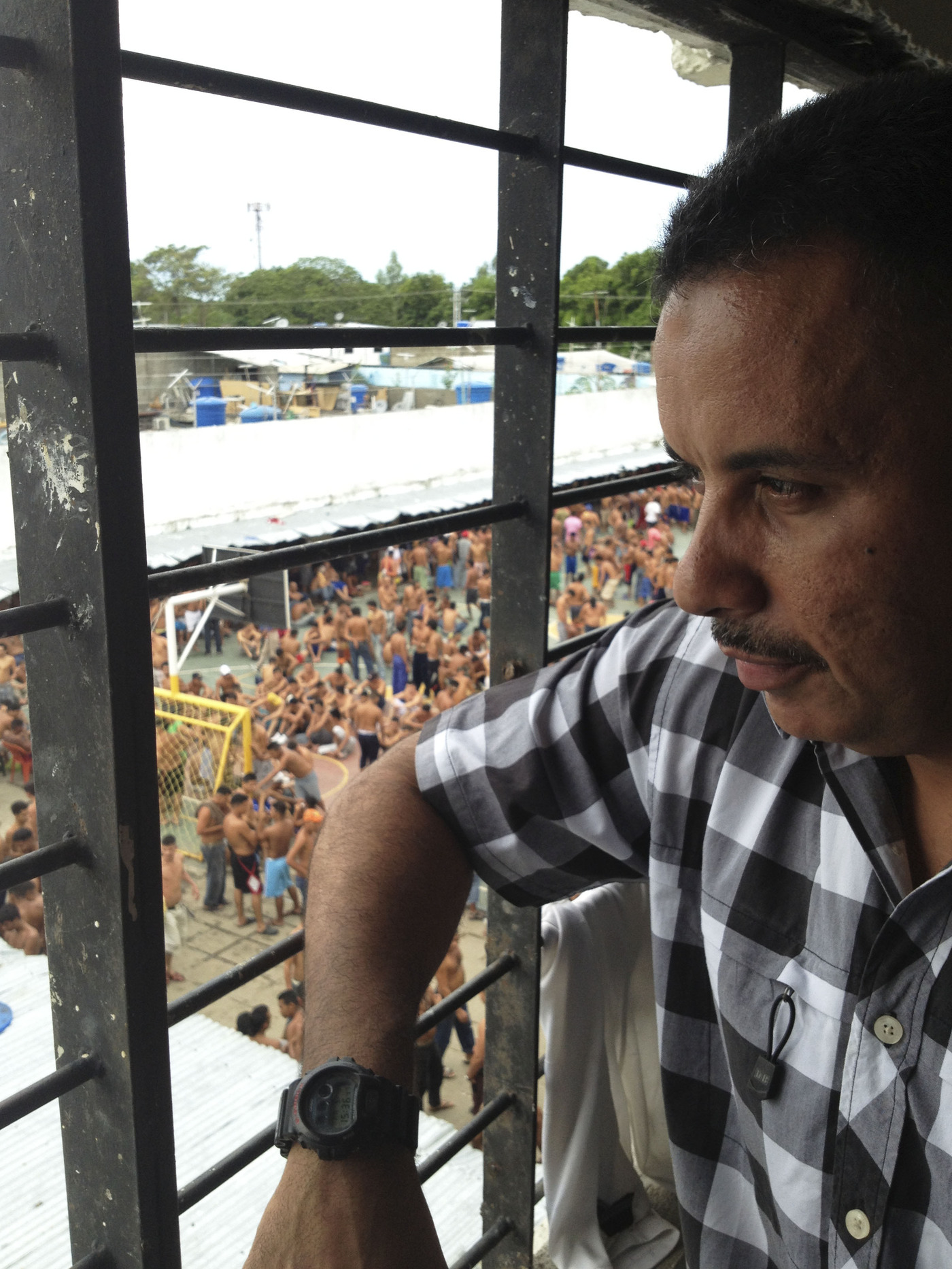 Wilmer Lopez is a former army sergeant serving a 20-year sentence for his role in a robbery and murder in 2002. Inside the Barinas prison, he is the boss.

He took us on a tour around the prison buildings, in which the inmates have slowly built their own world.

Lopez says he governs these men with the aid of a handful of others. Some of his aides, with bulges under their shirts, followed Lopez around. We spotted an inmate high on a wall, standing guard with what appeared to be a long gun.

The inmates have their own security perimeter. On the day we visited, the guards at the front gate did not have a metal detector. The inmates' security checkpoint did — and the machine went off when Lopez stepped through.

Maybe that's a sign of a high-crime country when even convicts need so much security. Last year a rival group of inmates took over one of the buildings here. The National Guard moved in eventually and removed them after a three-day battle.

When we asked what relations are like between guards and inmates these days, Lopez spoke of mutual respect.

"The guards live in the same reality we do," he says. "They want to go home to their families, and be alive tomorrow."

How did Lopez become the leader?

"It's a question I often ask myself," he says.

According to court records, Lopez went to prison in 2002. He was in his early 30s then, a former army sergeant who'd turned to crime. One of four men who stole a car and murdered the driver with a 9 mm gun, Lopez was sentenced to 20 years.

By about 2008, Lopez says he'd fought himself into a leadership position. He says he was a violent inmate in his early years but insists he wants to rule through reason now, applying what he calls "our internal law" — that inmates must take responsibility for their actions in this crowded prison.

The prison was built for about 400 inmates but has around 1,450 prisoners. Such overcrowding is normal in Venezuela. The government could do more to help us, Lopez says. And yet many prisoners help themselves.

In Venezuela, A Family Blames The Police For Their Misery

A Reflection Of The World Outside

There's construction going on, inmates building rooms on the roofs of old buildings. Some of the wealthier inmates have private rooms with air conditioners, and gray satellite dishes propped overhead. There are a pool hall and a cockfighting ring and shrines to Catholic saints and figures in the Santeria religion.

It's not clear how the prisoners pay for these things. Authorities have described other Venezuelan prisons as centers of drug trading or extortion schemes conducted by phone.

And if the situation inside the prison seems insane, Lopez says, it just reflects the world outside.

The barometer of a society is how it treats prisoners, he says. Justice applies only to those who have no money.

In the afternoon, a squad of guardsmen arrived. They instruct the men to move one by one, from one side of the courtyard to the other.

Lopez says in some ways his society is more orderly than what's outside. Outside the prison walls, Venezuela is politically divided, convulsed by a disputed election.

His prison is quiet. At least today.