Accessibility links
Mandela: A Rare Success As Liberation Leader And President : Parallels The transition from one role to the other is difficult, and many have failed making the attempt. Nelson Mandela was a rare example who succeeded in both jobs. In addition, he willingly stepped down after one term in office, setting an example for a young democracy. 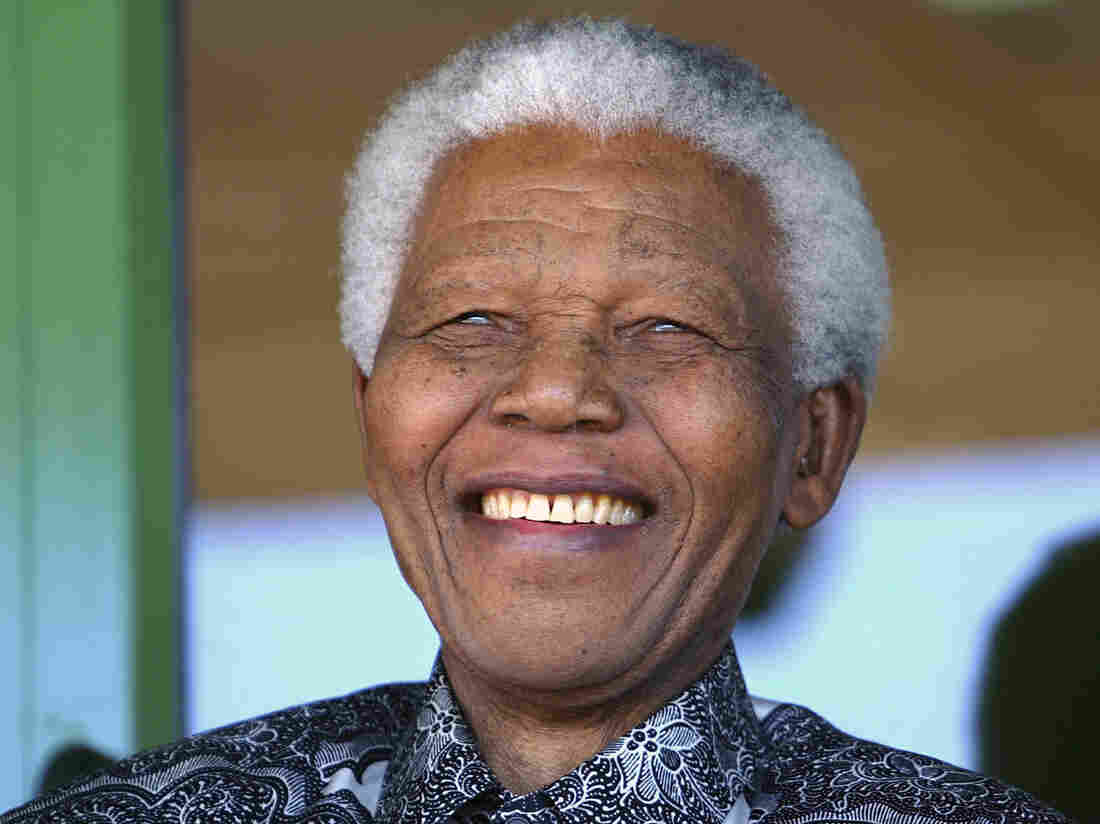 South Africa's Nelson Mandela was one of the few figures who managed to make the transition from liberation leader to successful politician and president. Thomas White/Reuters /Landov hide caption 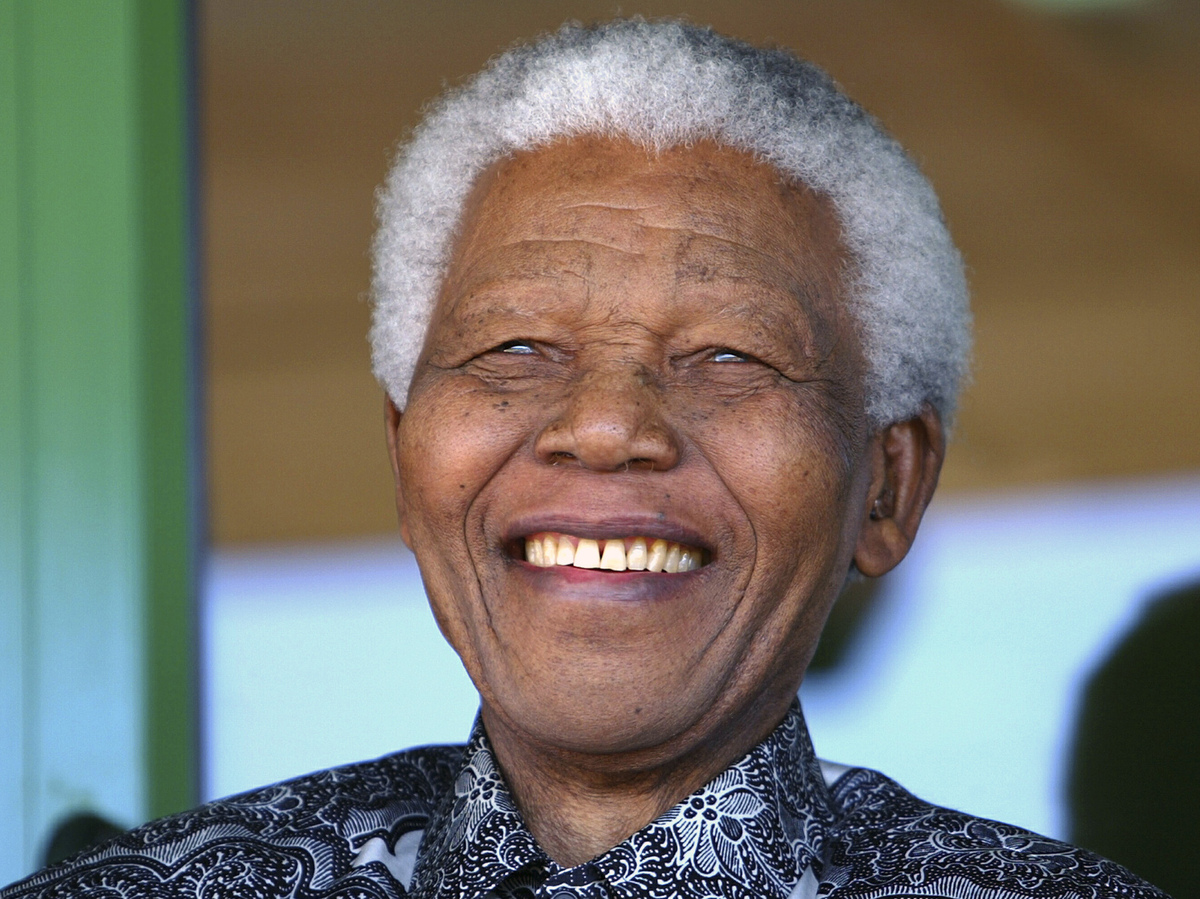 South Africa's Nelson Mandela was one of the few figures who managed to make the transition from liberation leader to successful politician and president.

There are many examples of triumphant liberation leaders and successful political leaders, but it's rare to find someone who has managed the transition from one to the other.

George Washington did it in the 18th century. Mustafa Kemal Ataturk of Turkey did it after World War I. And Nelson Mandela also belongs to this exclusive club.

"It is hard enough to find someone courageous enough to lead a revolution, rarer still for them to have remarkable leadership skills," says Jack Goldstone, director of the Center for Global Policy at George Mason University.

"Add statesmanship, a self-effacing grace and the ability to appeal to all strata of society, and you are expressing the ingredients of a rarity that comes along anywhere in the world only once in a hundred years," he says.

Mandela will be mourned not only as the first democratically elected president of South Africa but for his role in bringing democracy about.

South Africa's transition from decades of white minority rule and a system of racial oppression known as apartheid was not without bloodshed, but Mandela helped keep political negotiations on track at a time when many worried the country could spiral into civil war.

"There were several occasions during which Mandela was the figure who kept South Africa together," says John Edwin Mason, a University of Virginia historian. "It was as though Mandela was head of state, even though he had yet to be elected president."

The qualities that make for successful insurgents — ruthlessness and the need for personal loyalty and secrecy — rarely lend themselves to the pragmatic demands of governance.

"The insurgent leader often turns out to be a bad ruler," says Rajan Menon, a political scientist at City College of New York. "Insurgency is about slogans, and ruling is humdrum."

Mandela's ultimate success had to do with his character, but also his background. He grew up in a culture rooted both in ideas of British constitutionalism and in the traditional African values of consensus leadership, Mason says.

He was accustomed from an early age to navigating between worlds — a tribal prince educated by white missionaries and at the predominantly white University of Witwatersrand.

His Time As Prisoner

Fully aware of the humiliations suffered by blacks in his country, he became a political activist early, helping found the Youth League of the African National Congress in 1944.

Through the 1940s and 1950s, Mandela was a peaceful activist, influenced by the teachings of Mahatma Gandhi, although not completely swayed by them. "I saw nonviolence on the Gandhian model not as an inviolable model," he later wrote, "but as a tactic to be used as the situation demanded."

Following the Sharpeville massacre in 1960, the government cracked down on dissent and Mandela and the ANC began to pivot to armed struggle. But Mandela was arrested fairly soon after, which meant that, unlike many other revolutionaries, he never ended up with blood on his hands.

His four-hour speech from the dock of the court at the end of his trial in 1964 brought him international recognition as a leader of the opposition to apartheid.

His stature continued to grow during his 27 years in prison. He consulted with ANC leaders and other political prisoners, studying and arguing and planning for a post-apartheid world.

He also became a symbol of enormous resonance. Demands to "Free Mandela" were a way to express dissent at a time when the ANC itself was banned.

"His charisma was built on by his apostles who were still on the outside into a figure that grew in people's imaginations," says Kenneth Broun, author of Saving Nelson Mandela: The Rivonia Trial and the Fate of South Africa.

"It was a more effective symbol from a public relations standpoints than 'Free the Rivonia 10,' which might have been more accurate."

Leading The Way Out

By the time he was released in 1990, Mandela's authority was inviolate. He was able to negotiate the transition to democracy with President F.W. de Klerk, charting a course between the more radical elements flanking both leaders. The two would share the Nobel Peace Prize in 1993.

"This had been a vicious regime, it had imprisoned him, but he was able to rise above that and recognize that the end of the de Klerk regime was an enormous opportunity," says Menon, the CCNY professor. "Things could have gone very badly."

Thousands were killed during the period of transition, but it might have been much worse. At crucial moments, Mandela was able to express measured anger, while persuading black South Africans not to turn to violence or walk out on negotiations.

Mandela was willing to give on issues such as allowing white civil servants and judges to keep their jobs — which would also give Mandela a turnkey government infrastructure upon taking power.

But he never wavered from the core principle of demanding true democracy — one person, one vote.

"He's no longer a martyr figure, but a very, very pragmatic politician in that period from 1990 to 1994," says William Worger, a historian of South Africa at UCLA.

'Symbol Of A New South Africa'

Mandela continued to make conciliatory gestures after his election as president in 1994.

He sprinkled phrases of Afrikaans into his speeches and had tea with the wives of apartheid prime ministers and presidents.

Clint Eastwood made a film, Invictus, based on Mandela's decision to wear the jersey of the country's rugby team — once seen as a symbol of the white right — during the 1995 Rugby World Cup.

"Mandela had this wonderful political touch and that instinct to be there on the field, to be embraced by the team," says Mason, the Virginia historian. "He saw himself as the symbol of a new South Africa which all races and creeds could embrace."

Mandela was not willing to erase the memory of killings and torture and felt there had to be some middle ground between amnesty for the old regime and amnesia.

Borrowing an idea from Latin America, in 1996 he launched a controversial but hugely influential Truth and Reconciliation Commission. It became a model for countries seeking to heal following years of abuses by a previous government.

Mandela was the country's stabilizing force, but he was already 75 when he took office. During his term, he handed over management of much of the government's day-to-day operations to Thabo Mbeki, who would succeed him as president.

Mandela's decision to serve a single term provided an inspiring contrast to other African leaders, such as Robert Mugabe of neighboring Zimbabwe, a former guerrilla leader who has held power since 1980, says Worger, author of South Africa: The Rise and Fall of Apartheid.

Mandela remained an active force on issues such as national rebuilding, land reform and HIV/AIDS for years after his presidency. But his great contribution remained the work he had done in making democracy possible in his country.

"It was a blessing to have him at the top of the political pyramid," says Mason, "such a dominant voice in setting a tone for a new nation."