Accessibility links
5 Things To Know About Syria's Rebels : Parallels The Syrian war has been raging for two years, yet the rebel fighters are relatively unknown. The U.S. decision to provide weapons will put a spotlight on the rebels, who cover a broad spectrum, from secular nationalists to Islamist extremists.

5 Things To Know About Syria's Rebels

5 Things To Know About Syria's Rebels 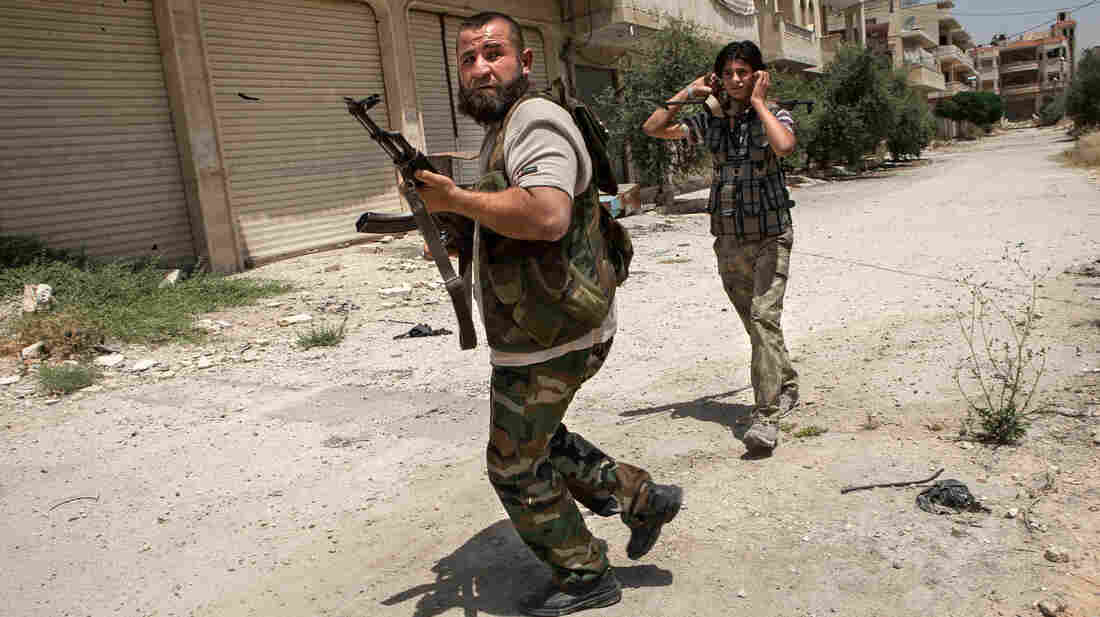 Syrian rebels take part in a battle Thursday in the northwestern town of Maaret al-Numan. The U.S. says it will begin providing arms to the rebels, who have been losing ground recently to the Syrian army. Daniel Leal-Olivas/AFP/Getty Images hide caption 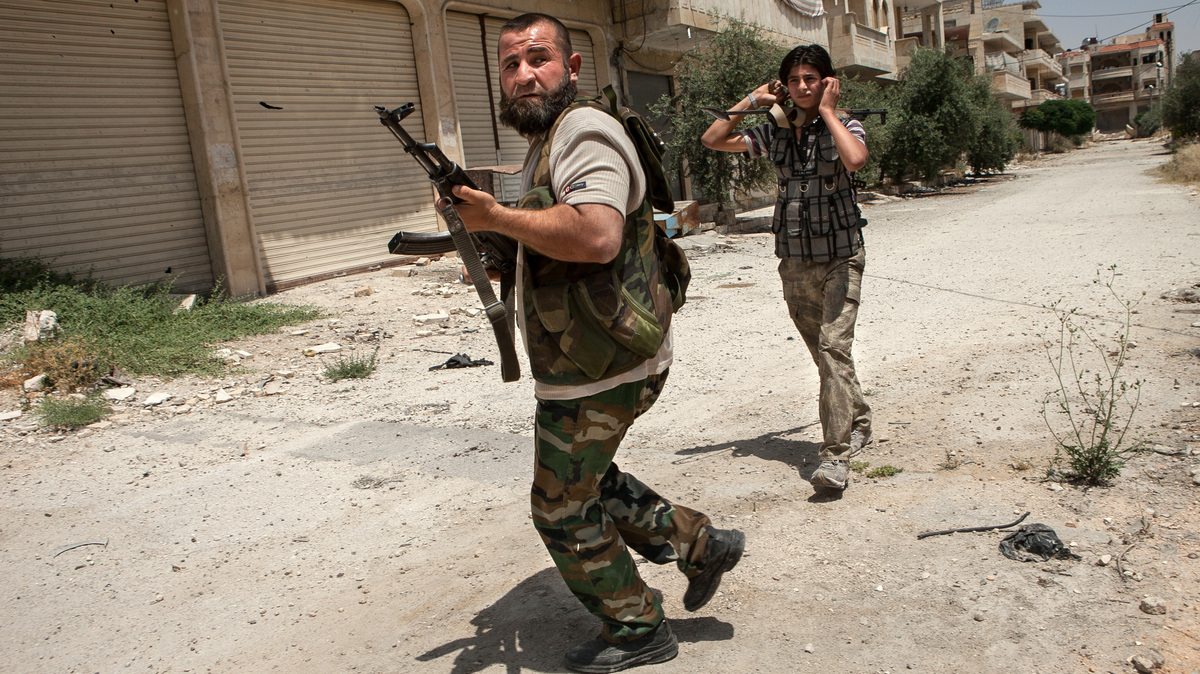 Syrian rebels take part in a battle Thursday in the northwestern town of Maaret al-Numan. The U.S. says it will begin providing arms to the rebels, who have been losing ground recently to the Syrian army.

Now that President Obama's administration says it's prepared to arm Syria's rebels, this raises a question relatively few people can answer: Who exactly are these guys?

The rebels have been fighting President Bashar Assad's regime for about two years, and more than 90,000 people have died in Syria's civil war. But in the U.S. and elsewhere, the rebels have not established a clear identity.

Here are five things worth knowing about the rebels:

1. How Are The Rebels Doing On The Battlefield?

The Syrian army has regained the momentum recently. It scored a significant victory when it dislodged the rebels from Qusair, a valuable crossroads town near the border with Lebanon.

Lebanon's Hezbollah militia was an active participant on the side of Assad's army, and this was seen as a key factor in the fighting, along with the continued support from Russia and Iran. 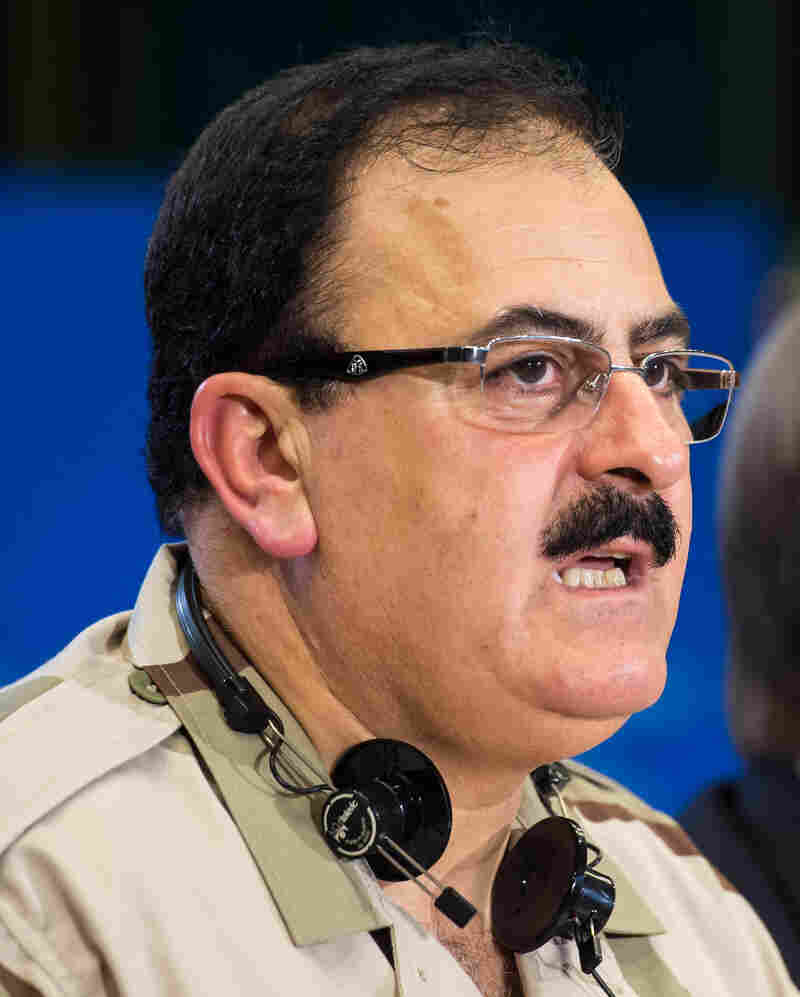 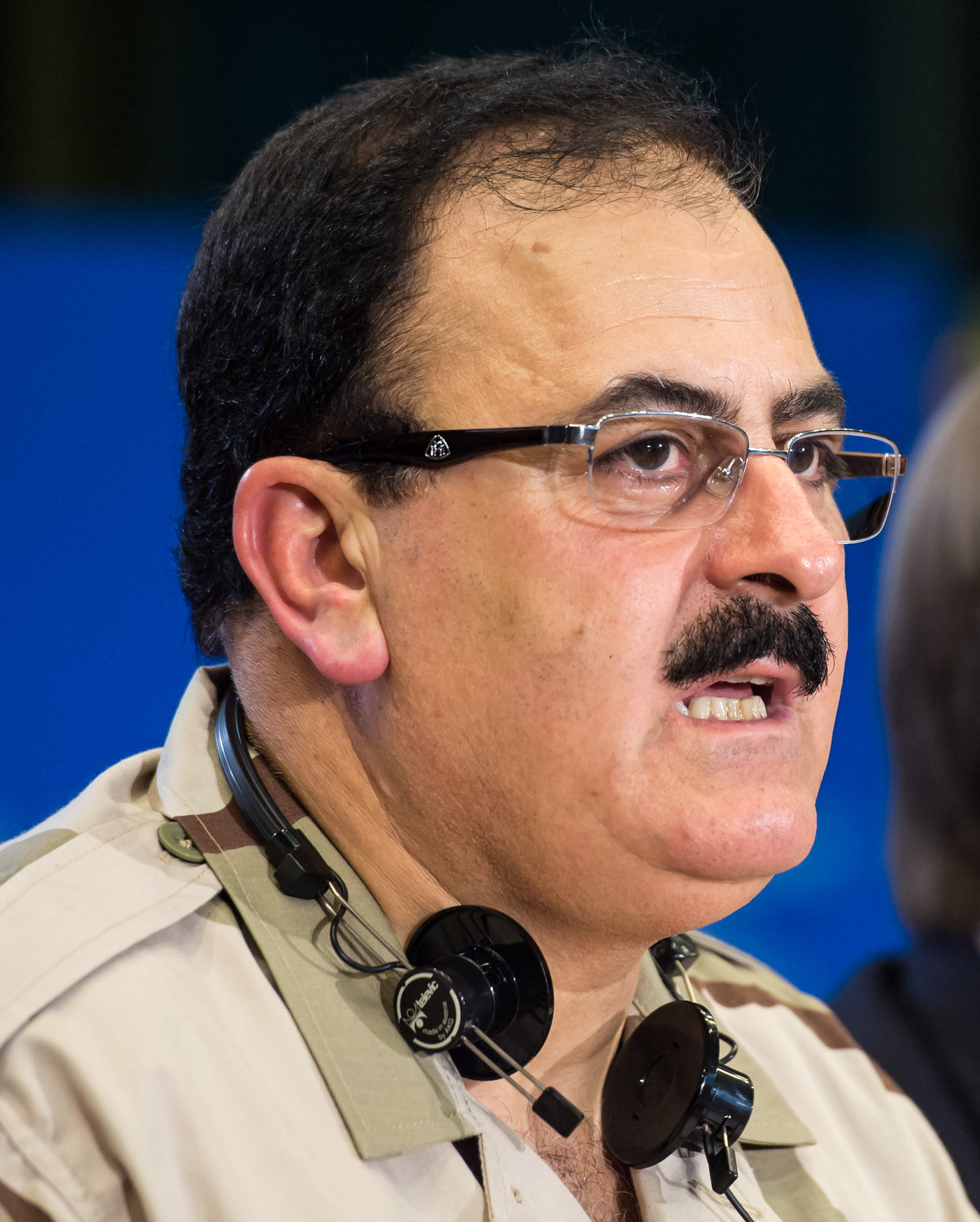 Salim Idris, the head of the rebel Free Syrian Army, says his forces badly need additional weapons and would not share them with extremist Islamist factions.

"The pendulum has swung back in favor of the Assad regime over the past two months," says Joseph Holliday, who has closely monitored Syria for The Institute for the Study of War in Washington. "The regime is ascendant and it's looking good for it's strategy of controlling the important parts of the country."

When the fighting began two years ago, the rebels scored many early victories in northern Syria, where they still hold numerous towns. The rebels have also been active in the south and attacked with regularity around the capital Damascus. The rebels have struggled to take and hold cities, however.

2. Are The Rebels United?

No. There are many factions, and they run the spectrum from secular nationalists to Islamist extremists. Attempts for the rebels to unite have had limited success, though many factions have fighting under the banner of the Free Syrian Army.

U.S. policy shows the sharp distinction the Obama administration is making between the various factions. Weapons will be going to more secular groups, while the administration has declared the leading Islamist faction, Jabhat al-Nusra, a terrorist organization.

The Free Syrian Army is headed by a former Syrian army general, Salim Idris, who was chosen last December with the support of rebel commanders on the ground. Idris has sought to keep his forces separate from the Islamist fighters and has gone so far as to say they sometimes interfere with operations by his forces.

However, the radical Islamist fighters have played an increasingly prominent role in the fighting, particularly in the north of Syria, where the rebels are strongest.

Most or all of the U.S. military support is expected to be funneled through Idris and the Free Syrian Army. The rebels have acquired arms through private donations and by seizing weapons from the Syrian army on the battlefield.

In the U.S., some have opposed arming the rebels on the grounds that it would be difficult, if not impossible, to ensure that the arms don't wind up in the hands of extremists. Idris insists he won't let this happen despite his limited authority.

"We are ready to make lists of the weapons and write down the serial numbers," Idris told NPR last month. "The Free Syrian Army is very well organized and when we distribute weapons and ammunition, we know exactly to which hands they are going."

To date, Saudi Arabia and Qatar have been the leading arms suppliers, and some of those weapons have gone to more radical groups. This is seen as one reason the Islamists have been more successful fighters, raising concerns in the West that the Islamists would dominate Syria if Assad is toppled.

4. What Weapons Do The Rebels Need?

Is Syria's Bashar Assad Getting The Upper Hand?

Rebel commanders often cite anti-aircraft weapons as the most urgent priority, but the Obama administration has apparently ruled that out, at least for now.

In an oft-repeated scenario, the rebels capture a village or a town from the Syrian army only to come under heavy air bombardment. Anti-aircraft weapons could make it easier for the rebels to consolidate their advances.

"When the regime loses territory, they then bomb the place," says Holliday. "This forces the civilian population to leave or to hate the rebels [for bringing on the bombing]."

The Obama administration has committed itself only to small arms and ammunition, according to The New York Times and other media reports. While the rebels would welcome these arms, it raises the question of whether this will make a major difference.

The U.S. has been sending nonlethal aid, such as medical kits, uniforms, food and night-vision goggles. But Idris has said the rebels' greatest need is weapons.

"It is good and helpful — thank you to our American friends," Idris says of the nonlethal aid. But, he adds, "We don't need military clothes. We don't need night goggles. That is helpful, but we are in most need of weapons and ammunition."

5. How Do The Rebels See Syria's Future?

The revolutions in other Arab countries have demonstrated the deep fault lines between secular and Islamist groups when it comes to establishing a new leadership, and for the most part, Islamists have been coming out on top.

That divide is clear in Syria as well. Idris says the Free Syrian Army is fighting for democracy and would respect all sects in Syria, which has a Sunni Muslim majority, as well as Shiites, Alawites, Christians and Druze.

Jabhat al-Nusra and other Islamist factions have made clear they want to install Islamic law, or sharia, in Syria.

Holliday, the analyst, says it's far too early to know how all this will play out.

"Right now, we need to figure out how to keep the Syrian war from spilling over into neighboring countries," he says. "It would be folly to think we can determine the outcome of this conflict rather than the Syrian people."

But, he warned, "the longer this goes on, the more likely extremist elements will come out ahead. That's just the nature of these wars."

Greg Myre is the international editor of NPR.org and spent more than a decade covering the Middle East for The New York Times and The Associated Press.