Accessibility links
Ignoring Threats, An American Reports On His Native Mexico : Parallels Alfredo Corchado has a complicated relationship with Mexico. He was born there, but became a U.S. citizen. He's returned to Mexico to report on the country's drug violence and corruption, earning multiple death threats. Now he's written about his experience in Midnight in Mexico: A Reporter's Journey Through a Country's Descent into Darkness. 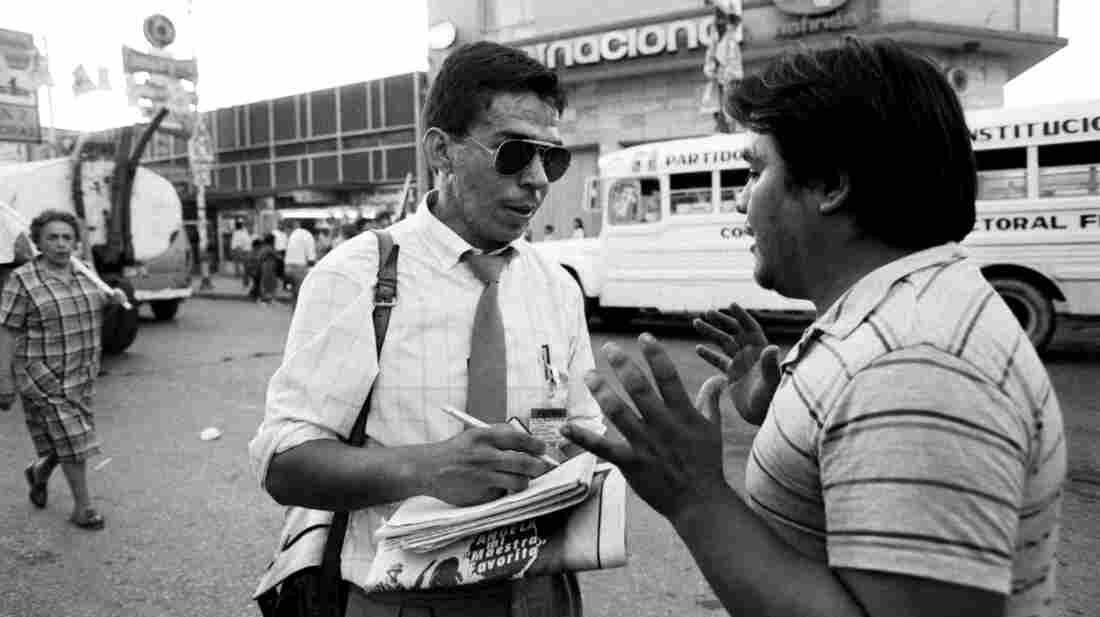 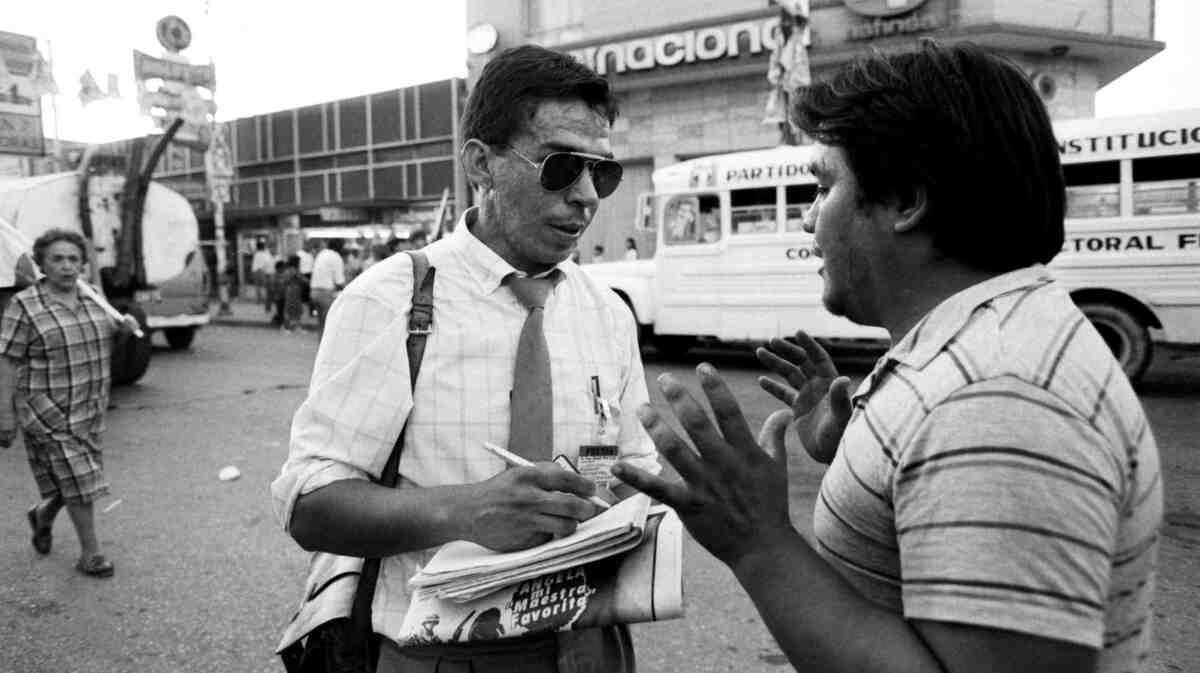 Reporter and author Alfredo Corchado covers a political rally in the border city of Ciudad Juarez, Mexico, in 1986.

Alfredo Corchado, the Mexico bureau chief of the Dallas Morning News, has dedicated his life to investigating government corruption, murders and ruthless drug cartels in his native Mexico.

He received death threats multiple times, and doesn't feel safe, but he says he has "learned to embrace the fear." Corchado, an American citizen, has written a memoir about the complicated relationship he has with the country of his birth, entitled, Midnight in Mexico: A Reporter's Journey Through a Country's Descent into Darkness.

Speaking about his book on NPR's Tell Me More, he explains the title by saying that sometimes the darkest moment at night is when you really believe in the promise of a new day. 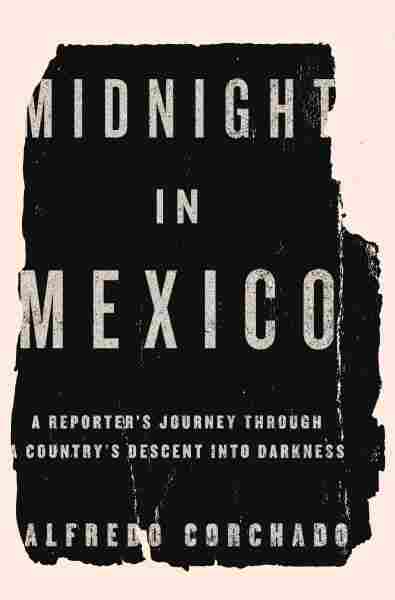 A Reporter's Journey Through a Country's Descent into Darkness

On his relationship with Mexico

"My dad was a bracero [guest worker], and that's how we crossed into the United States. Because of his work, we were able to get green cards. But we grew up working in the fields, and [my mother] would dangle a radio. When Senator Robert F. Kennedy was killed, she would use these words: 'Some people see the way things are and ask why. Others dream of things that never were and ask why not.' And that kind of became our mantra."

"Your parents have sacrificed so much. You have to try to make something of yourself, something of your life. Maybe to her dismay as a kid, I always knew that someday I would want to go back to Mexico, and kind of reconnect with my roots, with my language, with my country."

"I had just won a big award. Then there were friends coming. We were planning to celebrate. And a trusted U.S. source calls and says, 'They [the Zetas, a drug cartel] plan to do harm to an American journalist. Three names came up. But I think it's you.' I was shocked.

"Suddenly I thought, 'I need some more tequila. I mean, I need to really figure this out. What happened? What went wrong?' I started looking at all my notepads that were there, and trying to figure out which story could have caused this."

"Days before we had just done a story on a peace pact that members of the government and the cartels had been trying to reach. ... And you realize you can say this, you can say that about cartels, but when you really expose the corruption, and you really threaten their pocket book, that's when there's pushback."

"I was born in Mexico, but I'm a U.S. citizen now. I think that gives me a certain degree of protection. That's something I've always believed: that if something happens to an American journalist, there will be consequences."

On Mexicans communicating via threats

"That means that institutions do not work in Mexico. That means that only five percent of all murders, crimes are really ever investigated or people are convicted. It means that you rely a lot more on your own faith or your spiritual person. And when that fails, you know, if you really wanna get a message across, you call someone and you threaten them. And you say, 'I'm gonna do this to you, I'm gonna do that to you. So listen to me.'"

"I think for many, many years, I did not want to cover drug traffic. I didn't want to cover anything that had to do with corruption or these issues, you know, because I felt like I was perpetuating that stereotype that you talked about." 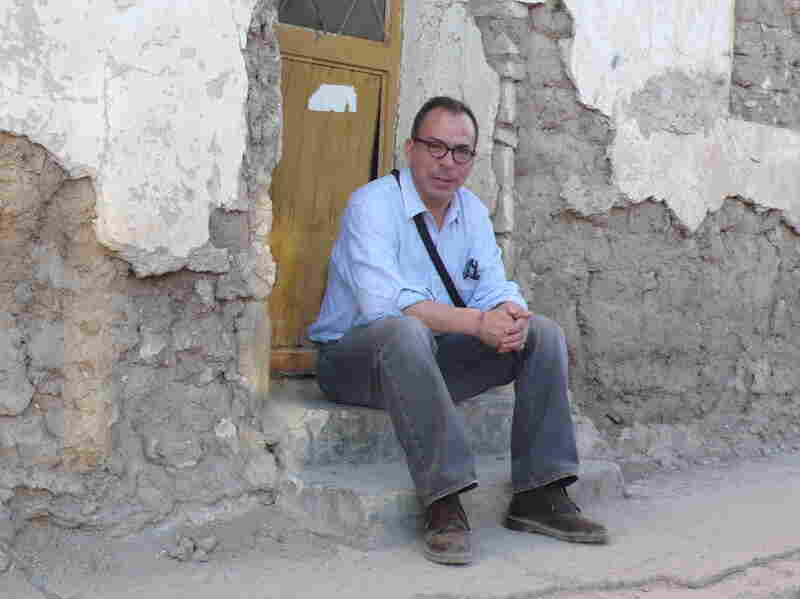 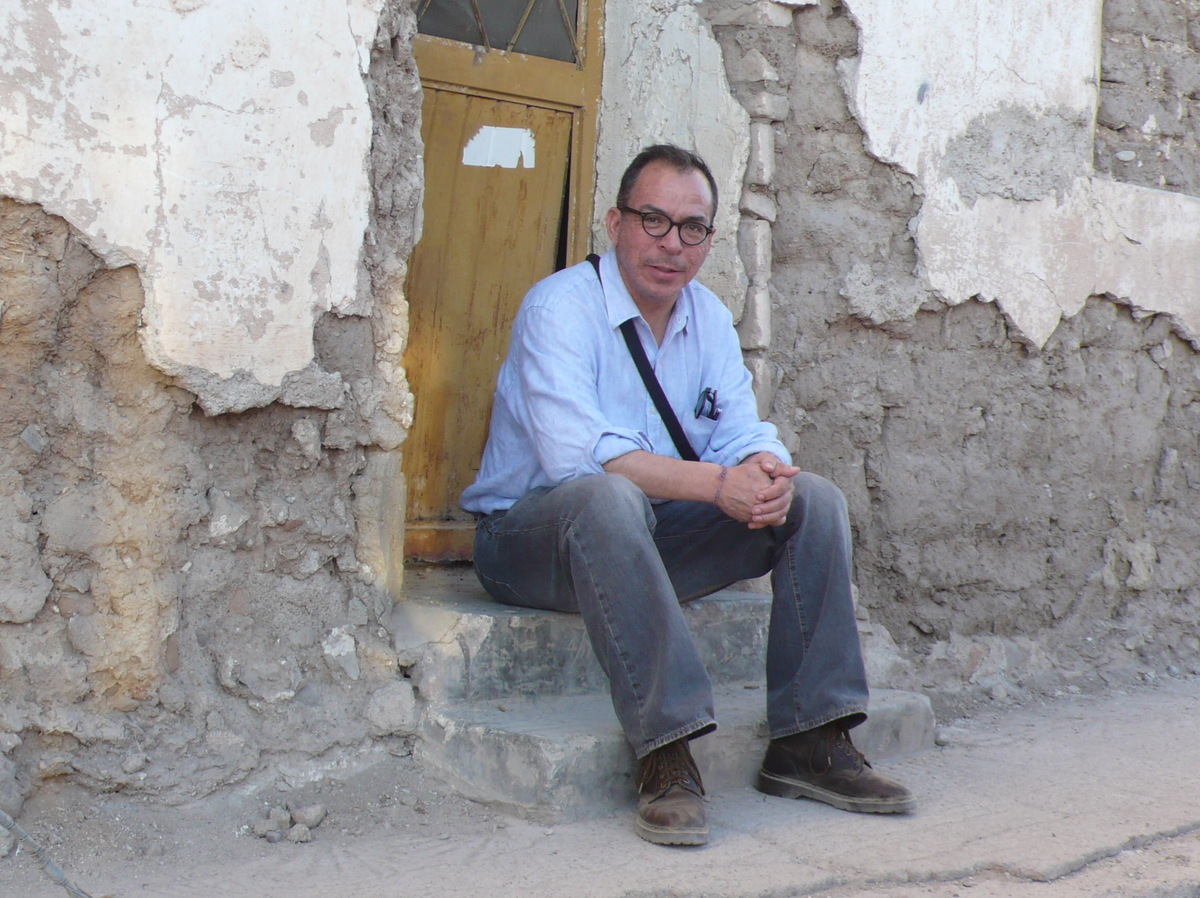 Alfredo Corchado at his grandmother's house in his native Mexico.

"I made a promise to my parents that I would not cover drug traffickers because my father would say, 'They are the only people I know who do not know the meaning of the word 'forgiveness.' They're all into betraying one another.'"

"So years later, I think I've opened my eyes. You have to see the other Mexico. As a journalist covering Mexico, sometimes it's like covering two, three Mexicos. And that is what Mexicans have lived for the last few years. You can't ignore that 100,000 people have been killed or disappeared and the conviction rate is less than five percent."

On whether it's safe for Americans to travel to Mexico

"The cartels have stayed away from tourists, you know. And I think everyone understands that tourism represents big, big dollars for the Mexican government. So up to now, you haven't seen an effort to target Americans. Many beach places, for example, many colonial towns, you know remain pretty healthy. And tourists continue to travel."

On his hopes for Mexico

"You see government officials now actually responding to questions, to tough questions from society, from journalists. I think I've learned that the change is not gonna happen overnight, but it's happening little by little, step by step."