Accessibility links
Banned From Marching, Russians Celebrate Gay Pride Online : Parallels Cities across the world are hosting gay pride festivals this weekend — but not Moscow. A court there has banned gay pride parades there for the next 100 years. So Russian LGBT activists will take virtual steps toward Red Square along a route marked with supportive tweets. 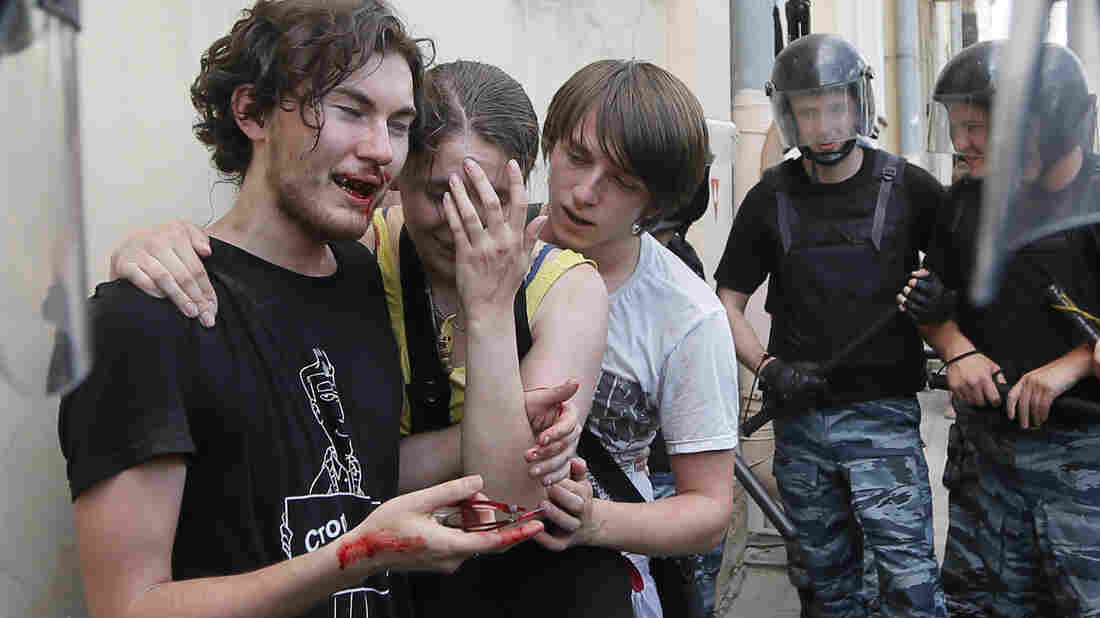 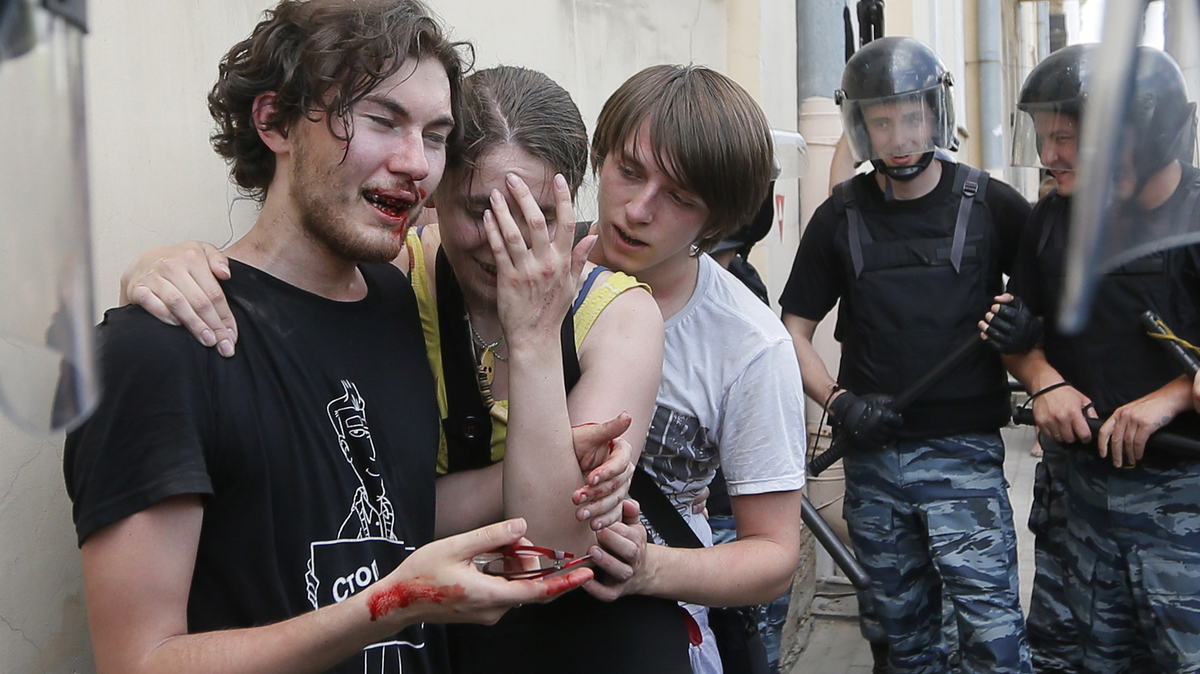 San Francisco, New York and other cities across the country and the globe are hosting gay pride festivals this weekend, capping off a week of legal decisions cheered by advocates for gay rights.

On Wednesday, the U.S. Supreme Court struck down the Defense of Marriage Act, which defined marriage as a union between a man and a woman. On Friday, California couples lined up to wed after a federal court of appeals lifted the state's ban on same-sex marriage.

Moscow isn't on the list of cities hosting pride events, as a court has banned gay pride parades there for the next 100 years. So in lieu of a physical march, Russian LGBT activists are holding a virtual one online.

The virtual march was developed by the ad agency M & C Saatchi New York in collaboration with NYC Pride, a New York City gay rights group, and RUSA LGBT, a group of Russian-speaking gay rights advocates in the U.S.

As the New York marchers start making their way down Fifth Avenue at noon Sunday, their counterparts in Moscow will take virtual steps toward Red Square along a route marked with supportive tweets tagged #virtualpride.

The online march comes at a particularly difficult time for Russia's gay community. Two men were beaten to death recently in attacks authorities say were prompted by their sexual orientation.

And while U.S. attitudes toward gay people have grown significantly more positive over the past decade, Russia seems to be moving in the opposite direction. Russian President Vladimir Putin is poised to sign into law a bill that would make it a crime to provide children with information about homosexuality.

People protesting the bill in St. Petersburg and Moscow have been attacked by anti-gay demonstrators, and in the neighboring former Soviet republic of Georgia, a recent gay rights rally ended in mob violence.

Putin is also expected to sign a bill that bans the adoption of Russian children by same-sex couples and single people in countries where same-sex marriage is legal.

Igor Yasin, a gay rights activist in Moscow, told NPR's Corey Flintoff that the ban on so-called "homosexual propaganda," which proponents say is meant to protect children, will harm youth.

"This law will make the lives of LGBT teenagers very difficult, because it will be difficult for them to get proper information about their sexuality," he said.

Against this backdrop of anti-gay sentiment at home, expatriates from the former Soviet Union will ride the first-ever Russian-themed float at Sunday's New York pride march. They're putting a new spin, organizer Pasha Zalutski told PRI's The World, on the Soviet phrase "Lenin lived, Lenin lives, Lenin will live."