Accessibility links
Egypt's Military Reasserts Its Enduring Power : Parallels Egypt's military has played a dominant role in the country since a 1952 military coup. The military reasserted its power as it staged a coup on Wednesday. 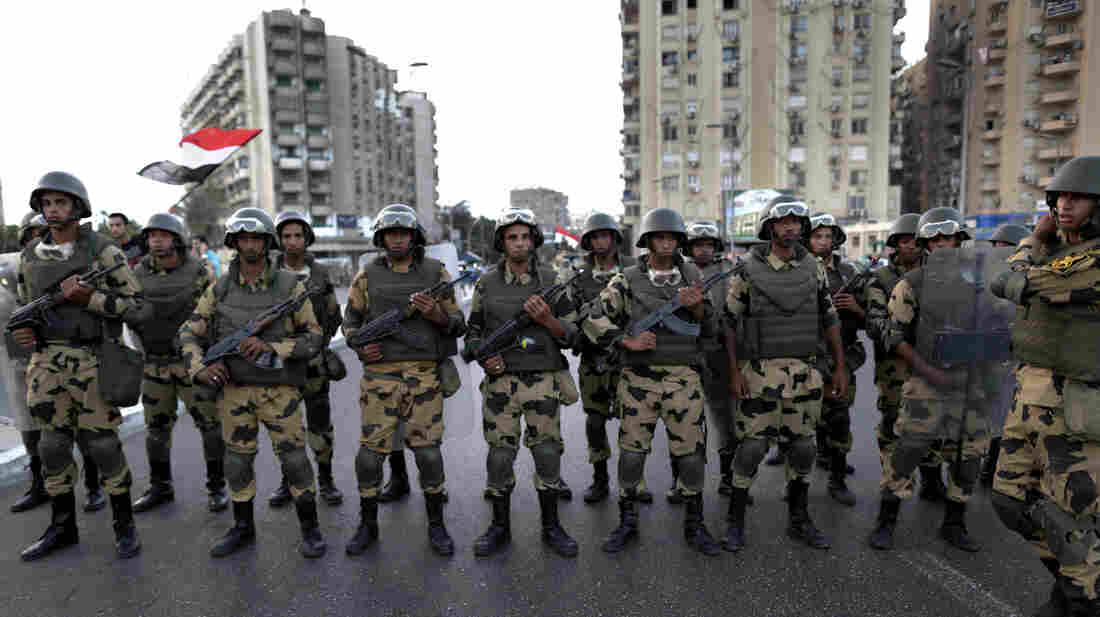 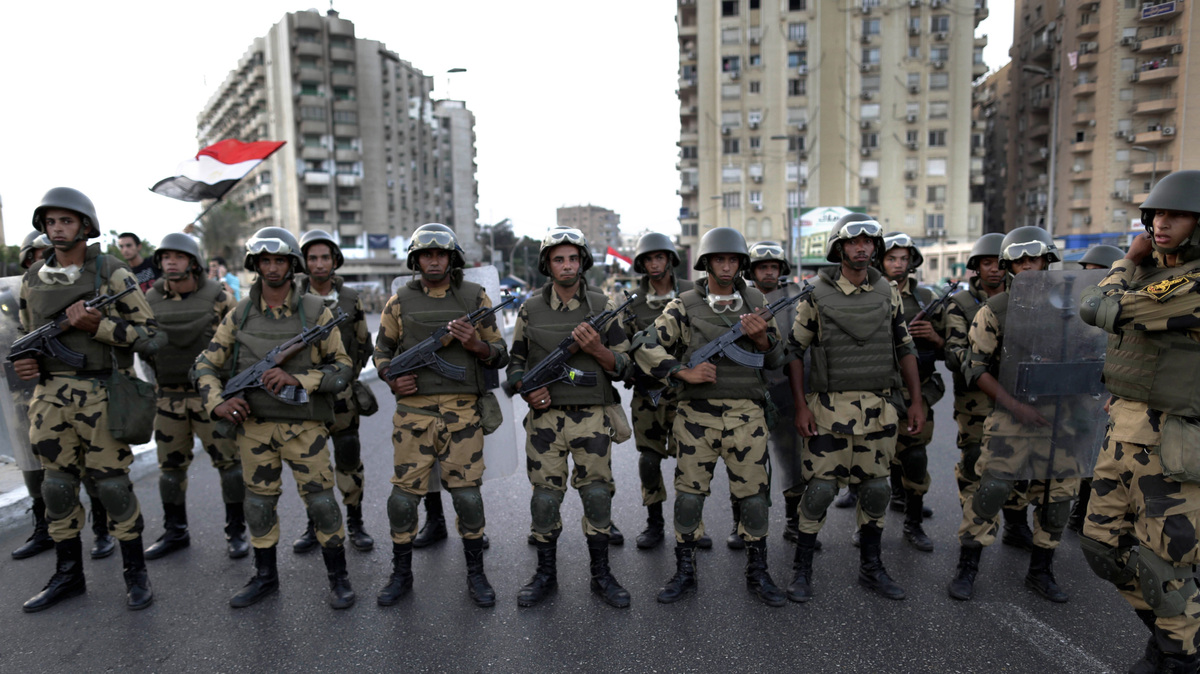 Egypt's military has played a dominant role in the country since a 1952 coup, and Wednesday's ouster of President Mohammed Morsi showed that the armed forces still feel empowered to intervene when they disapprove of the country's course.

"They are the center of gravity in the Egyptian state," said Jeffrey Martini, a Middle East analyst at the Rand Corp. in Washington, speaking shortly before the coup on Wednesday night. "They are the strongest player in the game."

The military's decision to push out Morsi, the country's first democratically elected leader, prompted a huge celebration in Cairo's Tahrir Square. However, it's not clear how long the military's popularity will last.

In the 2011 demonstrations that ousted Hosni Mubarak, the military was widely despised by the secular liberals who filled the same landmark square in central Cairo.

After Mubarak's ouster, the generals ran the country for nearly a year and a half, but they faced widespread opposition from many sectors of Egyptian society.

That experience may have convinced the military that it did not want to formally be in charge of the country.

After Morsi was elected and took power a year ago, the military was no longer front and center, though it retained its position as the country's most powerful institution.

And in announcing Wednesday's coup, the military said that the chief justice of the constitutional court would lead Egypt until new elections are held, though no date was set.

As NPR's Eric Westervelt noted during the protests that toppled Mubarak:

"Since the 1952 military coup that toppled the monarchy, all of the country's leaders have come from the military. But Mubarak worked hard to keep his commanders out of politics and out of the public light. He frequently fired generals and reshuffled their commands so no one general grew too powerful or popular."

When Morsi assumed the presidency in June 2012, he forced the retirement of the country's military chiefs and named Gen. Abdel Fattah al-Sisi as the head of the army. The same general went on television Wednesday to announce he was ousting Morsi, the man who appointed him.

In a profile of Sisi, the Arab satellite channel Al-Jazeera noted:

"Known to be religious, Sisi was accused of being too close to the Islamist Muslim Brotherhood group, of which Morsi was a member during the Mubarak era. But like many Egyptian officers, Sisi was also a fervent admirer of Egypt's nationalist president Gamal Abdel Nasser.

"Born in Cairo in November 1954, Sisi graduated from an Egyptian military academy in 1977 with a diploma in military sciences. He continued to train in the UK Joint Services Command and Staff College in 1992, and received a master's degree at the US Army War College in Pennsylvania in 2006.

"Sisi, who does not have combat experience, served as a military attache in Saudi Arabia during Mubarak's regime. He then became chief of staff to the commander of the northern military zone. When the military council took power after the revolution, he was appointed as the head of military intelligence in February 2011."

Egypt's military has received substantial U.S. aid since the country signed a peace treaty with Israel in 1979. Egypt currently receives $1.3 billion annually from the U.S., and many top Egyptian officers have trained in the U.S.

The Obama administration did not immediately say whether the military coup would have any impact on U.S. assistance.

Speaking of the military, Mahmoud Sabit, an Egyptian historian, told NPR on Wednesday that he is "going to be optimistic and suggest that maybe they're going to basically preside over what the political forces wish to do, and try and take an impartial position."

But as Martini of Rand noted, Egypt's protesters are fickle and are likely to see the military as a means to an end, not as a solution to Egypt's many challenges.

"The problem is that they can't solve the underlying problem," he says. "The state of the economy, public services — the populace is clearly disappointed. And if anyone should bear some of the responsibility, it's the military itself."