Accessibility links
'Burqa Ban' Sparks Another Round Of Clashes In France : Parallels Police enforcement of a ban on women wearing full-face veils in public places sparked unrest in a Paris suburb over the weekend. The law was approved two years ago, but remains a sensitive issue. 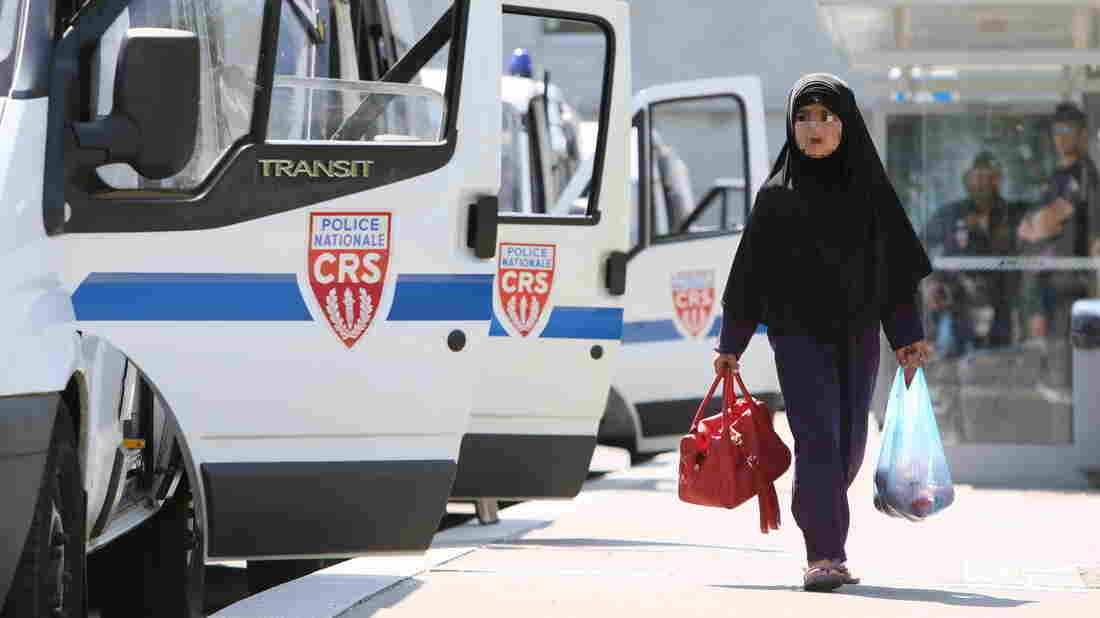 A Muslim woman walks in a Paris suburb where protesters clashed with police over the weekend. The demonstrators oppose the way the police have enforced a ban on Islamic face veils. Five people were injured and six detained in the unrest. Olivier Corsan/Maxppp/Landov hide caption 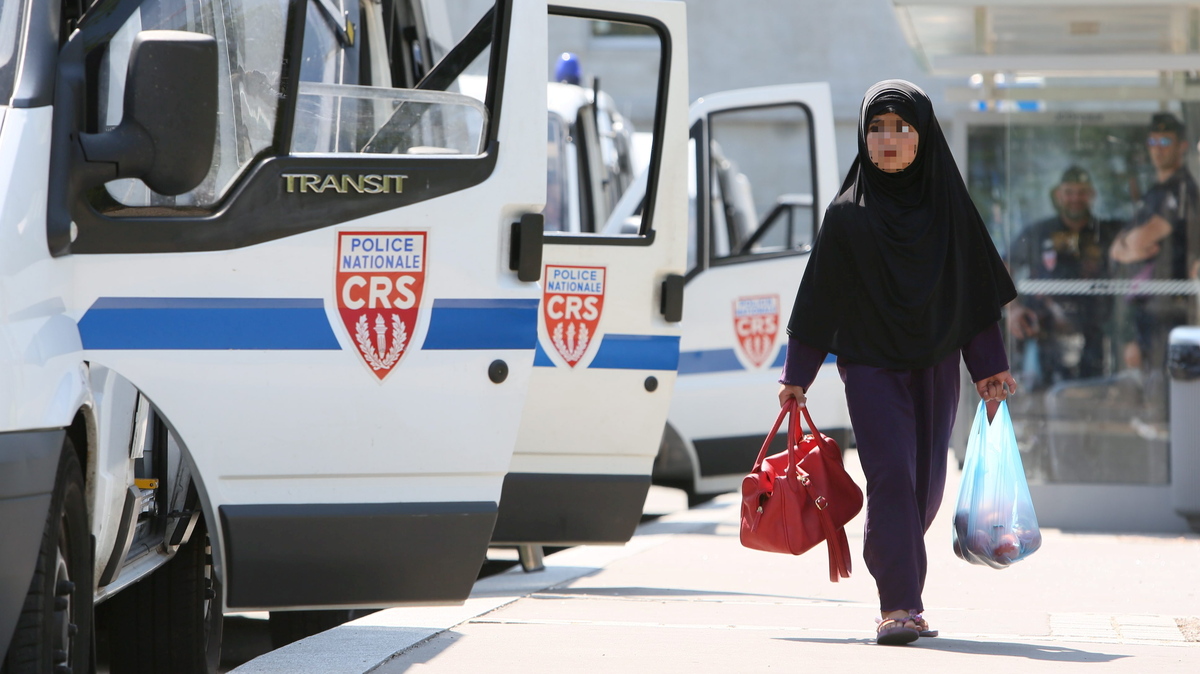 A Muslim woman walks in a Paris suburb where protesters clashed with police over the weekend. The demonstrators oppose the way the police have enforced a ban on Islamic face veils. Five people were injured and six detained in the unrest.

France's ban on face coverings — the so-called burqa ban — has been the law since 2011, but it's still a sensitive topic.

The latest round of unrest began Friday when police officers asked a woman wearing a head-to-toe veil to lift the garment and show her face.

Authorities say the woman's husband attacked the police officer. Muslim groups say the police were disrespectful. The man was eventually arrested, which sparked protests that degenerated into violence.

The French interior minister, Manuel Valls, went to Trappes on Monday in an attempt to defuse the tension.

"There is no place for those who contest the law of the republic," he said. "The burqa is no longer allowed in public, and it is normal that police should do their job respectfully. No community can impose its own will."

Valls called secularism one of the most beautiful values of the French republic.

Residents of Trappes went about their business, but there was an underlying tension. Claire Picheron said she supported the law against wearing a burqa.

But, she added, "I don't understand how an ID control could've turned so wrong. I believe this woman who says her husband was treated badly. We know how some of these police act. It's sad. It's like a bad movie sometimes."

The law against a face-covering veil went into effect two years ago under President Nicolas Sarkozy. The measure passed the parliament after a yearlong national debate that was often contentious.

Though the Socialist government is trying to distance itself from Sarkozy's anti-immigrant posture, the French left largely supports the ban.

Many Muslims consider the measure a way to stigmatize them. A resident of Trappes, who gave only his first name, Samir, says that he loves the community, and that the only problem is the police.

"They're always hounding us. Even during Ramadan, when whole families are out after breaking the fast, these dogs are out provoking us, with constant ID checks and pushing us to move along," Samir says. "It's not because we wear beards and a jalaba [a flowing robe] that we're terrorists. I ask who's going to protect us from the police?"

The far right has seized upon the incident, saying the riots are linked to massive, uncontrolled immigration, and has accused the government of not being tough enough against Muslim extremists.

In 2005, neighborhoods like Trappes erupted in violence across the country. The government wants to avoid a repeat of that kind of unrest. A court on Monday gave three of the six youths arrested over the weekend six-month prison sentences.