Accessibility links
Which Nations Hate The U.S.? Often Those Receiving U.S. Aid : Parallels A recent survey found strong anti-American sentiment among leading aid recipients. In Egypt, Jordan, Pakistan and the Palestinian territories, 16 percent or less of the population had a positive impression of the U.S.

Which Nations Hate The U.S.? Often Those Receiving U.S. Aid

Which Nations Hate The U.S.? Often Those Receiving U.S. Aid 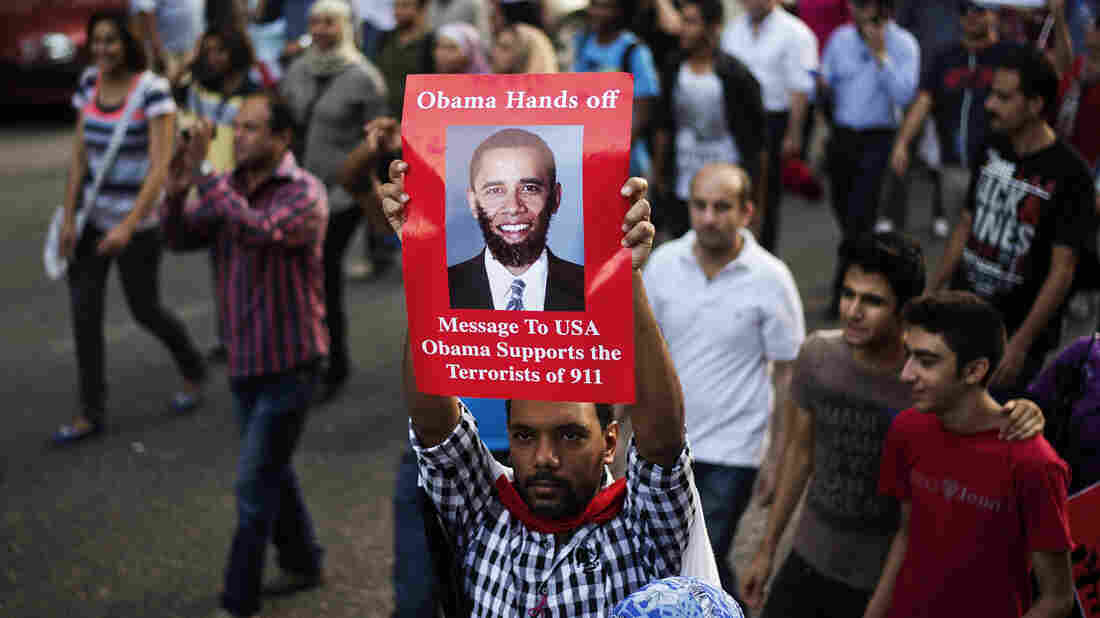 A protester denounces President Obama during a march near Cairo's Tahrir Square on July 7. Bitter rivals in Egypt tend to be united in opposition to the U.S. government, which has been a leading aid donor to the country for decades. Gianluigi Guercia/AFP/Getty Images hide caption 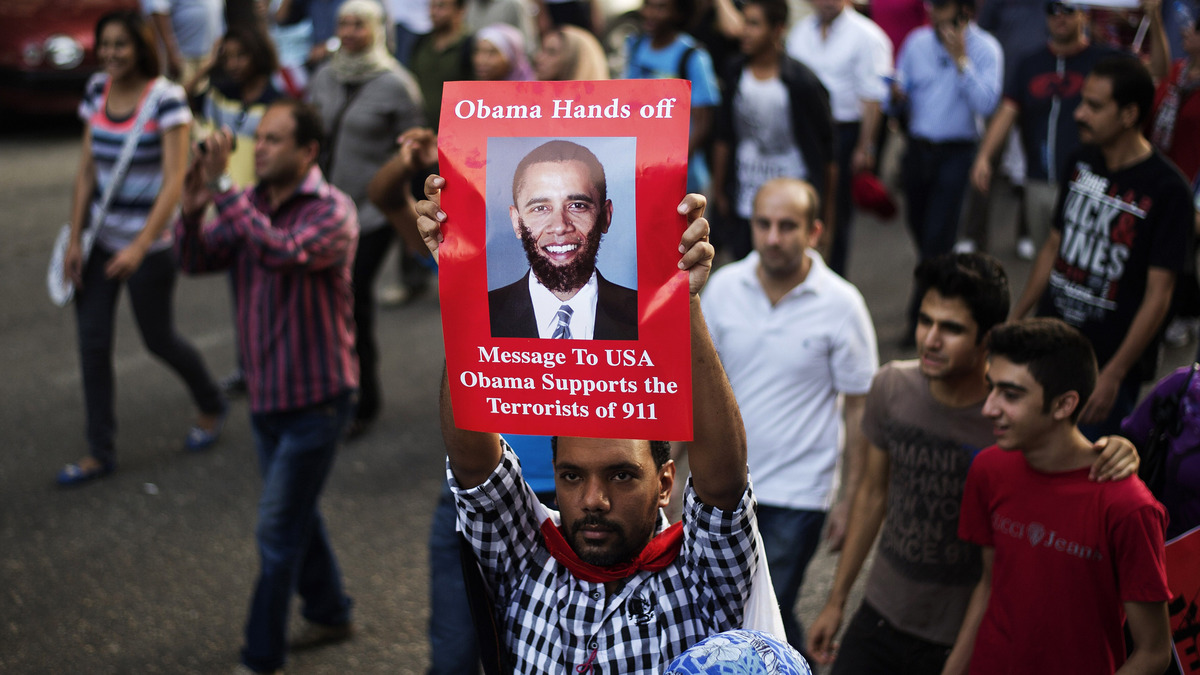 A protester denounces President Obama during a march near Cairo's Tahrir Square on July 7. Bitter rivals in Egypt tend to be united in opposition to the U.S. government, which has been a leading aid donor to the country for decades.

To figure out which countries dislike the U.S., one quick way is to simply look at which ones are getting the largest dollops of U.S. aid.

This wasn't the focus of a recent survey by the Pew Research Center. But it did emerge when Pew spoke to people in 39 countries about the U.S. and China, asking respondents if they had a favorable view of these two countries.

Overall, the U.S. fared better than China. Worldwide, 63 percent said they had a positive view of the U.S., compared with only 50 percent who said the same of China.

This general trend was true in every region except in the Middle East. There, animosity toward the U.S. runs high, and the countries getting the most American assistance also tended to be some of the most antagonistic toward the U.S.

-- In Egypt, which gets $1.5 billion a year from the U.S., only 16 percent had a positive view of the U.S. We should note the Pew survey was taken this past spring, before the recent upheaval in Egypt that has unleashed a wave of anti-American invective that may well have pushed that approval rating even lower.

-- Among Palestinians, who've been getting about $500 million annually, only 16 percent viewed the U.S. favorably. Bear this in mind as the U.S. attempts to restart peace negotiations between the Israelis and Palestinians, who haven't held such talks in the past three years.

-- In Jordan, which receives more than $600 million a year, only 14 percent had a positive view. The aid is considered critical in a poor Arab state that is feeling extremely stretched these days with a flood of refugees from war-torn Syria.

Farther east in Pakistan, which has been getting close to $1 billion a year, a mere 11 percent think nice thoughts about the U.S. Despite decades as allies, the U.S.-Pakistan relationship has often been fraught with problems, typified by the friction in recent years as the countries have been at odds over policies toward Afghanistan.

The Goals Of U.S. Aid

None of these examples suggest cause and effect. In other words, U.S. assistance may not cause countries to dislike the U.S. But in these cases we've noted, U.S. money certainly doesn't seem to help.

Also, the correlation between getting U.S. aid and disliking the U.S. is far from absolute. To cite just one counterexample, the leading recipient of U.S. aid is Israel, which gets more than $3 billion annually, and 83 percent of Israelis surveyed had a favorable view of the U.S., making it one of the most U.S.-friendly places on the globe.

Still, the findings raise questions about what the U.S. is getting for the $50 billion or so it sends out to the rest of the world in annual assistance. This ranges from food aid in drought-stricken lands to military hardware in countries embroiled in war.

The U.S. provides aid for many reasons, and winning popularity may be nice, but it's not the main goal. The U.S. tends to provide assistance in places it considers strategically important, and they are often volatile as well.

Consider Egypt, where rival factions seem to disagree on most everything except their distrust and dislike of the U.S.

"Even longtime observers of Egyptian rhetoric have been taken aback by the vitriol and sheer lunacy of the current wave of anti-American rhetoric," Marc Lynch, who teaches international affairs at George Washington University, wrote in Foreign Policy.

U.S. law bars aid to countries where a military coup has taken place. The U.S. government has not taken a position on this question in Egypt, but so far the Obama administration has given no indication it's prepared to shut off the tap.

The Egyptian public might not like the U.S. government, but the Obama administration and the U.S. military still have a close relationship with Egypt's military, the unquestioned power broker.

Lynch urged the Obama administration to engage with the Egyptian public "even as it understands that little it says or does will make any immediate difference in Egypt's highly polarized, intensely politicized public sphere, where anti-Americanism is a surefire and cost-free political winner."

There are also plenty of less publicized examples where U.S. assistance helps change lives, or even saves lives, like the treatment provided for people with HIV and AIDS throughout Africa.

Let us know what you think about U.S. aid at Parallels.