Accessibility links
With An Assist From Smugglers, Cuban Players Make It To U.S. : Parallels U.S. baseball agents say it is increasingly common for smugglers to help Cuban baseball players make their way off the island. According to the agents, it's been going on since the 1990s and has picked up in recent years.

With An Assist From Smugglers, Cuban Players Make It To U.S.

With An Assist From Smugglers, Cuban Players Make It To U.S. 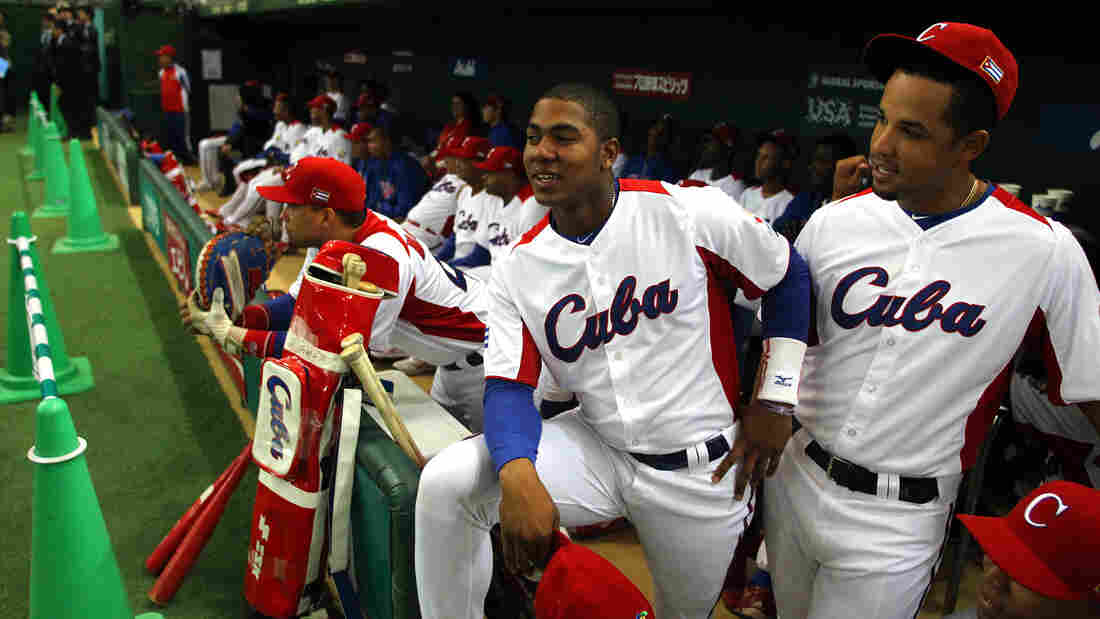 Cuba's team at the World Baseball Classic in Tokyo on March 8. More than 200 Cuban players have defected to the U.S. over the past two decades, and smugglers are increasingly involved in getting the players off the island, according to U.S. baseball agents. Koji Watanabe/Getty Images hide caption 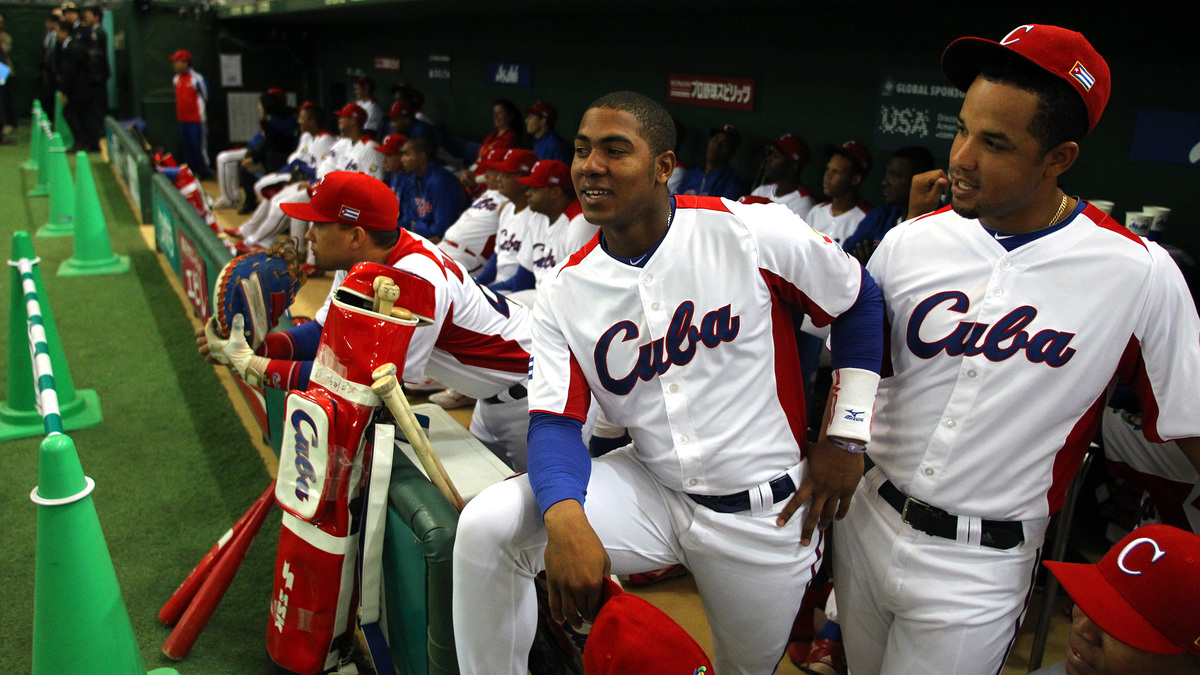 Cuba's team at the World Baseball Classic in Tokyo on March 8. More than 200 Cuban players have defected to the U.S. over the past two decades, and smugglers are increasingly involved in getting the players off the island, according to U.S. baseball agents.

Cigars aren't the only thing smuggled out of Cuba these days.

Cuban baseball players are also a hot commodity, and sports agents in the U.S. say the process is increasingly dominated by smugglers who track down players willing to defect and find surreptitious ways to deliver them to the United States.

"The whole business got pretty much taken over by smugglers," says former baseball agent Joe Kehoskie.

Kehoskie, who represented Cuban defectors from 1998 until 2008, calls the smuggling an "open secret" among agents and says that smugglers attempt to "sell" players to agents.

He says the standard procedure for smugglers is to bring the player out of Cuba and hold him in a safe house in Mexico or the Dominican Republic until an agent pays a "finder's fee" to represent him.

Kehoskie says he never dealt with smugglers, though he acknowledged that smugglers had been in contact with him and offered him players.

A couple of Cuban players have been in the spotlight this year. Yasiel Puig has been having a sensational rookie season with the Los Angeles Dodgers. And Yoenis Cespedes of the Oakland Athletics won the Home Run Derby at the All-Star Game. Both are recent defectors.

Puig has repeatedly refused to say how he arrived in the United States. The Associated Press reported Monday that a Cuban man imprisoned for human trafficking in Cuba has sued Puig. The man, Miguel Angel Corbacho, says Puig and his mother lied to Cuban authorities and implicated him in a plan to smuggle Puig out of Cuba.

There have also been cases of agents and scouts being arrested and sometimes jailed for allegedly smuggling Cuban ballplayers.

Most notably, former California-based agent Gustavo "Gus" Dominguez was convicted in 2007 of paying to smuggle five Cuban baseball players to the U.S. Dominguez was released in 2011.

Juan Ignacio Hernandez Nodar, a former baseball scout, spent 13 years in a Cuban prison for smuggling players until he was released in 2010.

At 100, Cuban All-Star To Get A Pension At Last

Before Fidel Castro's revolution in 1959, Cubans were among the many Latin American players who regularly came to the U.S. But once Castro established control of the island, the rush of Cuban players ended, says Kit Krieger, founder of Cubaball tours.

"Nobody left," says Krieger, who makes regular trips to Cuba to watch baseball games. "It was just impossible." He adds that no one even scouted Cuban players because of their lack of exposure and the Communist regime. "Everybody thought communism and baseball were incompatible," Krieger says.

Two decades ago, a small number began to defect. Rene Arocha walked out of his hotel in 1991 during an international competition and was signed by the St. Louis Cardinals. Two years later, Alberto Castillo left while playing for Cuba in the 1993 World Junior Championships in Ontario, Canada.

Since then, more than 200 Cuban baseball players have defected, according to Cubanball.com. They often cite three reasons for leaving: money, the desire to play the highest competition, and because in some cases they are not chosen to play on the extremely talented Cuban National team.

In the early days, some players like Arocha and Castillo simply walked out a hotel front door while playing abroad and never went back to Cuba. But as the number of defections has increased, and the smugglers have become involved, the process has grown more complicated.

Kehoskie says he received calls from smugglers for at least 25 different players when he was an agent.

Jaime Torres, an agent in Miami who's been in the business for 30 years, also said that smugglers are now transporting players out of Cuba and trying to "sell" them to agents.

"Unfortunately, a lot of players have to go through smugglers to make it out of Cuba," Torres says. "They're in that position where they have no choice whatsoever but to go with whoever those individuals dictate that they should represent them."