Accessibility links
When It Comes To Extraditions, Russia Often Cooperates : Parallels Moscow has refused to extradite NSA leaker Edward Snowden to the U.S., but the country cooperates with former Soviet states. Russia has also cooperated with Western governments in some cases.

When It Comes To Extraditions, Russia Often Cooperates

When It Comes To Extraditions, Russia Often Cooperates 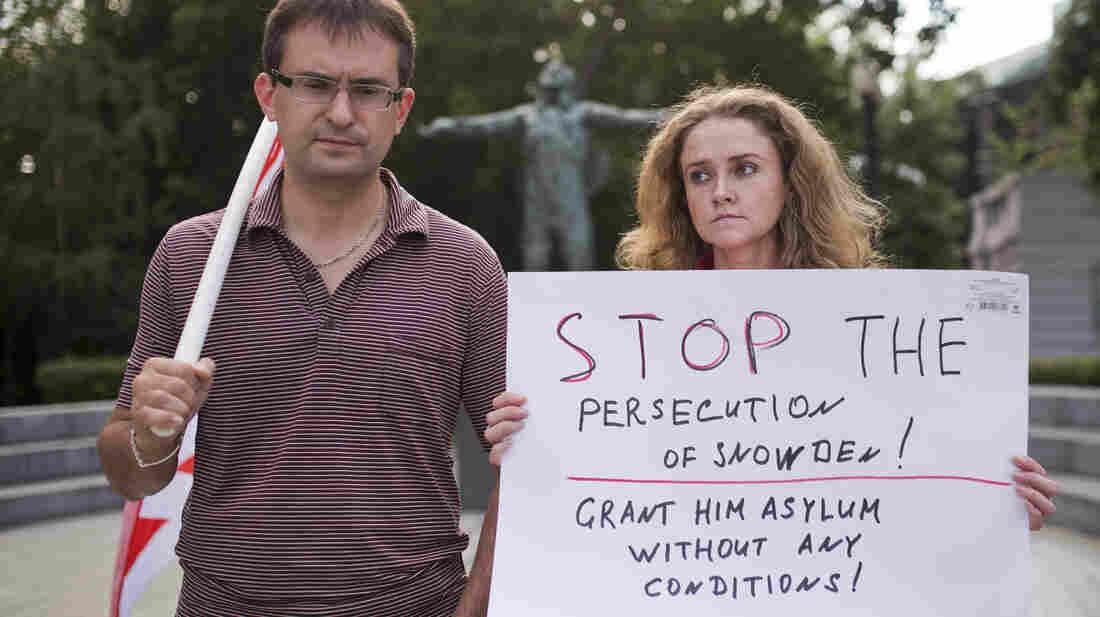 Russian supporters of NSA leaker Edward Snowden rally in central Moscow on July 12. Russia says it won't extradite Snowden to the United States, but it has cooperated with other countries in the past. Evgeny Feldman/AFP/Getty Images hide caption 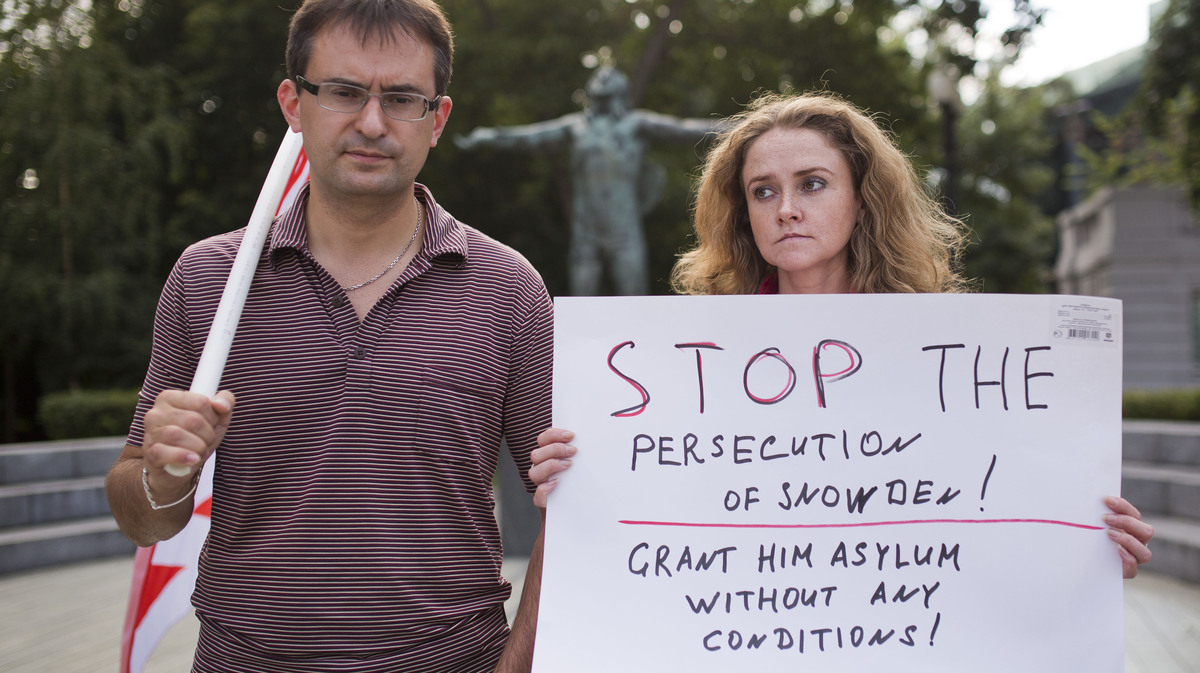 Russian supporters of NSA leaker Edward Snowden rally in central Moscow on July 12. Russia says it won't extradite Snowden to the United States, but it has cooperated with other countries in the past.

Russia so far has refused to extradite former NSA contractor Edward Snowden, portraying this as a principled stand to protect a whistle-blower.

But while the United States and Russia don't see eye to eye over extradition issues (the two countries don't have an extradition treaty), Moscow often cooperates with requests from governments in the former Soviet republics of Central Asia.

Many of the suspects are wanted on charges of belonging to banned Islamist groups or sharing extremist literature, claims that human rights groups say are often based on shoddy evidence.

Amnesty reports that Tajikistan sought the extradition of 27-year-old Savriddin Dzhurayev on charges that included organizing a criminal conspiracy in 1992.

Russian authorities approved the request, though Dzhurayev was only 7 years old at the time of one of the alleged crimes. After appealing to the European Court of Human Rights, Dzhurayev was released from detention in Russia and granted temporary asylum there — the status Snowden is now seeking.

But Dzhurayev, who denies the charges against him, told his lawyers he was abducted by a group of men in plainclothes while walking in Moscow in 2011.

They forced him into a van, he says, beat him and put him on a plane back to Tajikistan, even though he didn't have a valid passport. Russian authorities denied playing a role in Dzhurayev's return. He is now serving a 26-year prison sentence after what Amnesty says was an unfair trial.

To avoid ill-treatment, an individual being questioned in Uzbekistan may offer information about someone who no longer lives in the country, thinking this puts the person beyond the authorities' reach.

"There's not a citizen of Uzbekistan in Russia who can guarantee he won't be named by one of his old acquaintances during questioning and wind up on a list of extremists," Ponomarev said.

Russian authorities cooperate on removals in these cases, he said, because they view the religious element of the accusations with suspicion.

"They consider the presence of such individuals in Russia to be unwanted," Ponomarev said. "There's some fear in relationship to Islam."

Moscow has also cooperated with other governments in more traditional extraditions. The website of the Russian prosecutor general, the authority that handles extraditions, says that the office authorized the extradition of 1,101 people in 2007, the most recent year for which data were published.

This year, Russia agreed to return to Kazakhstan a former official accused of embezzlement.

In 2011 it sent Leonid Kaplan, a Soviet emigre and citizen of the U.S. and Israel, to Spain to face charges of money-laundering and organized crime.

And in 2010, Russia extradited Georgian crime boss Tariel Oniani, also to Spain, where he was wanted on money-laundering charges.

But human rights groups say kidnappings like Dzhurayev's are on the rise.

While Russia's forced returns to Central Asia have been found unlawful by the European Court of Human Rights, Amnesty International says Western governments have been silent because they carry out similar operations when pursuing suspected terrorists.

A report by the Open Society Justice Initiative found that more than 50 countries have cooperated with the U.S. on extraordinary renditions and secret detentions since the attacks of Sept. 11, 2001.