Accessibility links
Is Uruguay's Marijuana Legalization Vote A Tipping Point? : Parallels The South American country could be the first nation to legalize the production, distribution and use of marijuana. It's a bold response to incessant drug-related violence in the region and signals a quest for alternatives to the U.S.-led war on drugs and a rethinking of official U.N. anti-drug policy. 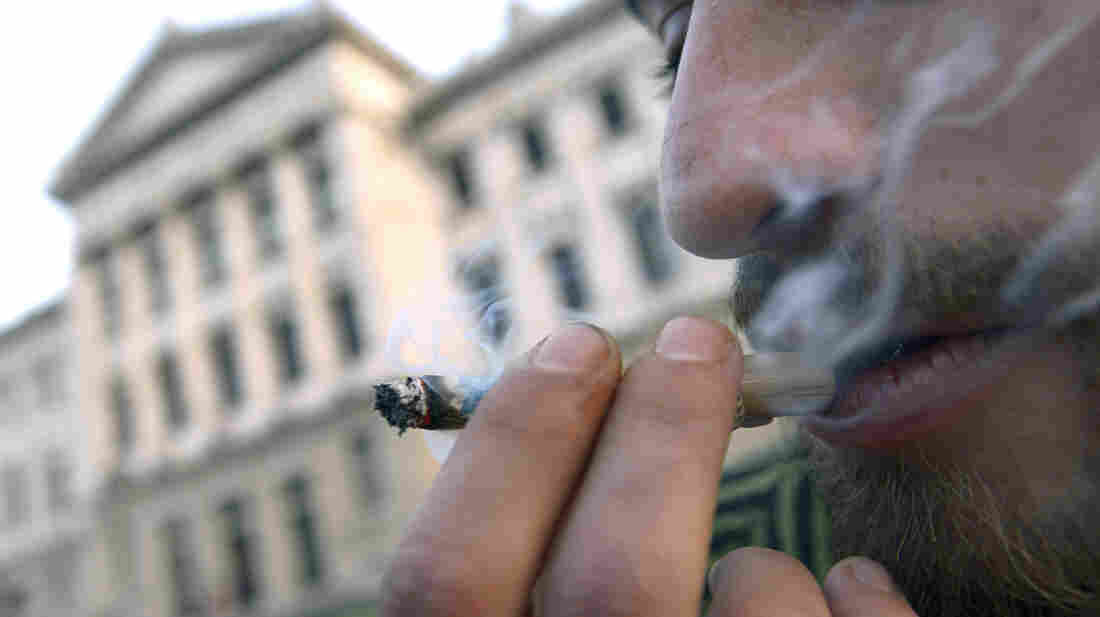 A man smokes marijuana outside Uruguay's parliament in Montevideo on Wednesday, where lawmakers in the lower house debated and passed a bill that would legalize marijuana and regulate its production and distribution. Matilde Campodonico/AP hide caption 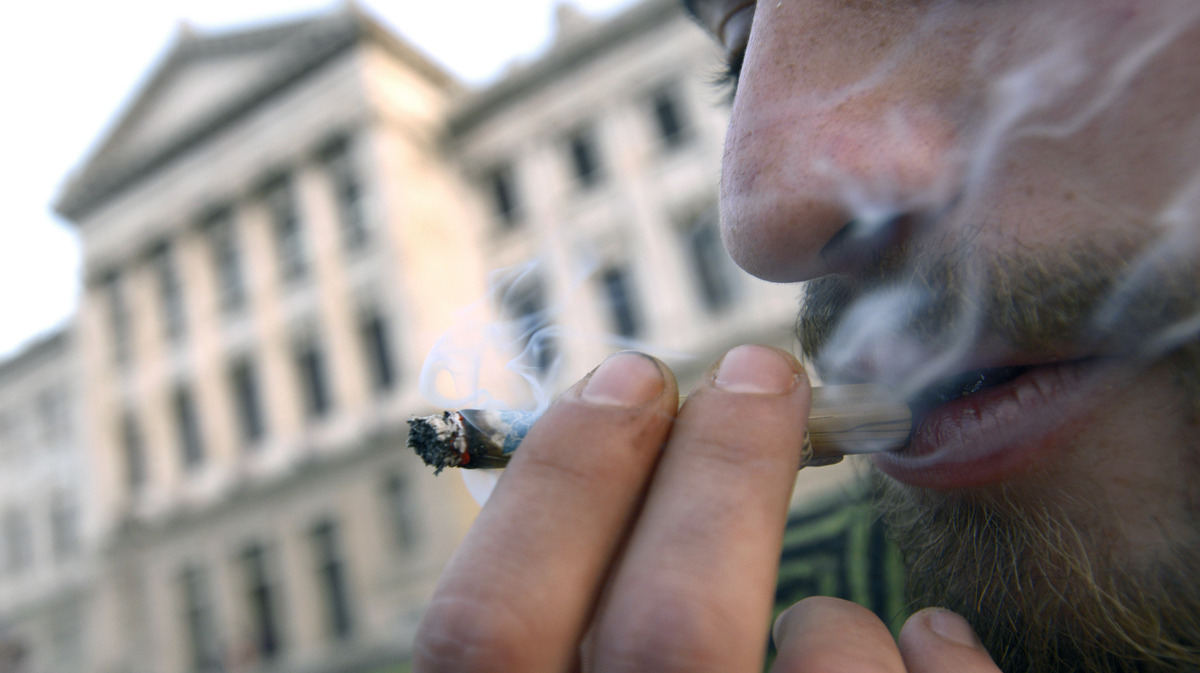 A man smokes marijuana outside Uruguay's parliament in Montevideo on Wednesday, where lawmakers in the lower house debated and passed a bill that would legalize marijuana and regulate its production and distribution.

Within weeks, Uruguay is expected to become the first nation to legalize the production, distribution and use of marijuana for its citizens.

The South American country's response to incessant drug-related violence in the region signals a quest for alternatives to the U.S.-led war on drugs, and a rethinking of official U.N. anti-drug policy, which has been in effect for more than half a century.

"This isn't a pro-marijuana bill. It's a pro-reform bill aimed at benefiting all of Uruguayan society," Hannah Hetzer, of the U.S.-based Drug Policy Alliance, who worked on the bill, told NPR's Lourdes Garcia-Navarro.

"It's ... a way of taking money away from the drug traffickers' pockets, preventing what has happened in other countries in Latin America, and taking a market that already exists but is now run by organized crime and putting it under the government control and a regulatory framework," Hetzer said.

In Africa, Morocco's parliament is considering draft legislation to legalize the cultivation of marijuana, which would let farmers sell to the government.

In Canada, an opposition party leader wants to legalize and tax the drug.

And in the United States, where the federal government maintains a strong anti-legalization stance, the states are moving on their own. In the past year, Colorado and Washington decriminalized marijuana use and the sale of the drug for personal use. On Thursday, Illinois became the 20th state to legalize the use of medical marijuana.

And as NPR reported this week, at least one private equity firm is trying to cash in on the fledgling legal marijuana market.

Still, from a global perspective, the attention is on Uruguay, where a swift shift in official policy could be a tipping point, says Ethan Nadelmann, executive director of the Drug Policy Alliance.

"Sometimes small countries do great things," Nadelmann told the CBC. "Uruguay's bold move does more than follow in the footsteps of Colorado and Washington. It provides a model for legally regulating marijuana that other countries, and U.S. states, will want to consider — and a precedent that will embolden others to follow in their footsteps."

While most nations still prosecute marijuana growth and distribution – if not personal use — Uruguay's lower house of parliament voted this week to broadly legalize the drug. The measure, which was drafted after President José Mujica called for "regulated and controlled" legalization in June, is expected to pass the parliament's upper house later this month.

"Across Latin America, leaders appalled by the spread of drug-related violence are mulling policies that would have once been inconceivable. ... Uruguay has taken the experimentation to another level. United Nations officials say no other country has seriously considered creating a completely legal state-managed monopoly for marijuana or any other substance prohibited by the 1961 United Nations Single Convention on Narcotic Drugs.

"Doing so would make Uruguay the world's first marijuana republic — leapfrogging the Netherlands, which has officially ignored marijuana sales and use since 1976, and Portugal, which abolished all criminal penalties for drug use in 2001. Here, in contrast, a state-run industry would be born, created by government bureaucrats convinced that opposition to marijuana is simply outdated."

Others in the region, including the presidents of Colombia and Guatemala, have advocated reconsideration of long held beliefs about marijuana. And a report by an Organization of American States commission encourages consideration of legalization.

But last month, The New York Times, reporting from a summit meeting of Western Hemisphere foreign ministers in Guatemala, noted vehement opposition in many quarters to even the idea of legalizing marijuana.

"Brazil has opposed legalization of any drug, and its antidrug chief was fired two years ago after comments perceived as a softened stance on drug users.

"The head of Peru's antidrug agency told reporters after the O.A.S. report came out that it rejected legalization and was already overwhelmed with trying to treat the growing number of drug consumers there.

"Mexico, too, has rejected wholesale legalization, even though former President Vicente Fox expressed his support this week for marijuana legalization and said he would even become a marijuana farmer.

"One of the more blunt antilegalization voices here came from Nicaragua. Denis Moncada, ambassador to the organization, told the gathering, 'Replacing and weakening the public policies and strategies now in use to combat the hemispheric drug problem would end up creating dangerous voids and jeopardize the security and well-being of our citizens.'"