Accessibility links
Art In Context: Venice Biennale Looks Past Pop Culture : Parallels Every two years, Venice hosts the largest and oldest noncommercial art exhibit in the world. It's a dizzying and eclectic array of sights by both celebrity artists and total unknowns. More than 150 artists from 88 countries will be on display through November. 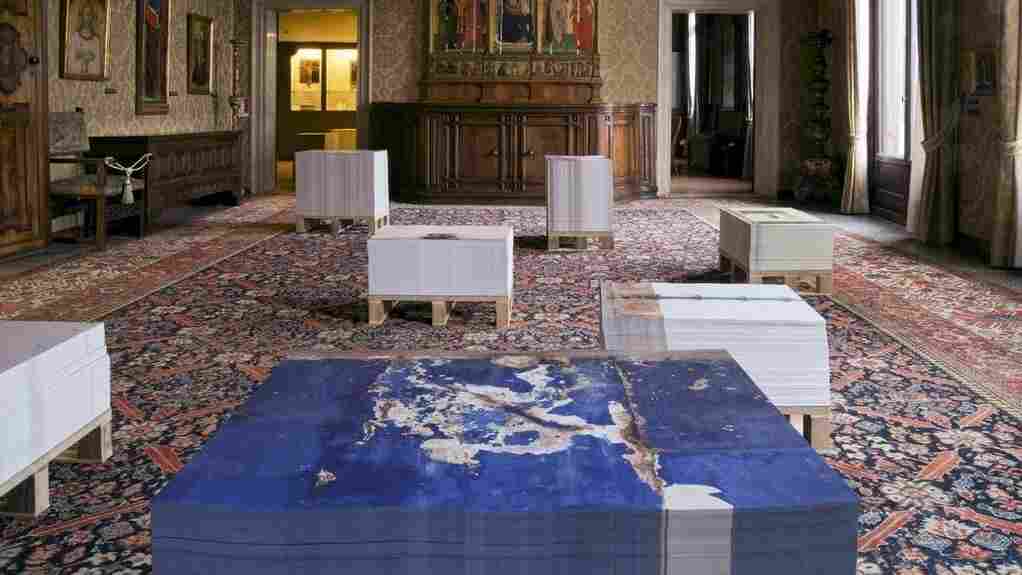 The Angolan exhibit consists of tall stacks of large photographic posters by artist Edson Chagas. The country, which is exhibiting at Venice for the first time, won the Golden Lion award for best national pavilion. Courtesy of www.beyondentrophy.com hide caption 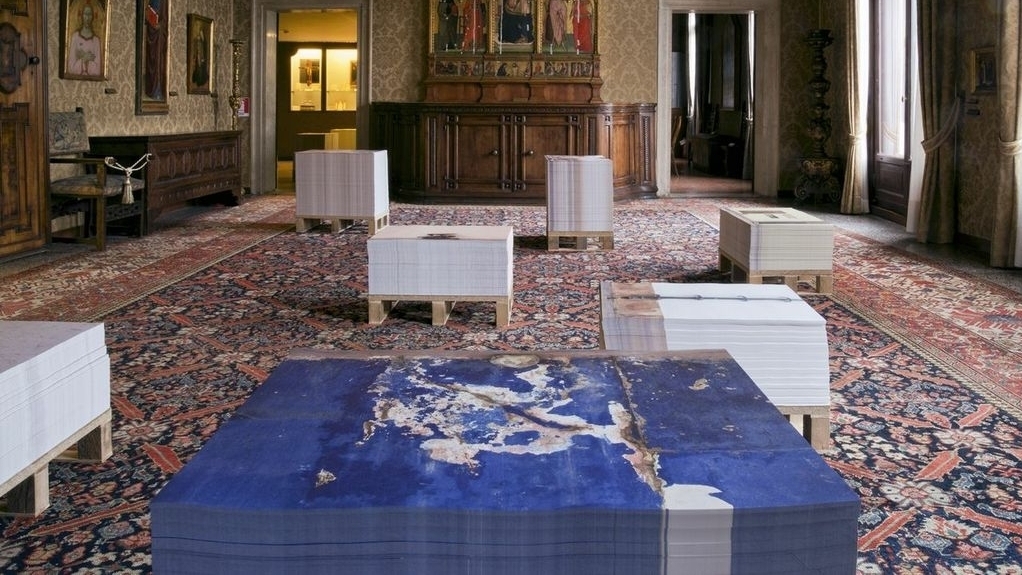 The Angolan exhibit consists of tall stacks of large photographic posters by artist Edson Chagas. The country, which is exhibiting at Venice for the first time, won the Golden Lion award for best national pavilion.

Every two years for over a century, lovers of contemporary art convene in Venice for the oldest and largest noncommercial art exhibition in the world.

The Venice Biennale has none of the glitz and conspicuous consumption of art auctions in London and New York. Instead, it's a dizzying and eclectic array of sights by both celebrity artists and total unknowns.

This year's works are not just paintings, sculptures and installations, but also performances, videos and music.

Art And The Subconscious

The Biennale is divided into two sections: 88 national pavilions, each with its own curator, and a central exhibition that includes more than 150 artists, chosen by the Biennale's artistic director, Massimiliano Gioni.

The theme is an imaginary museum that houses all worldly knowledge. Gioni wants to focus on how art reveals the subconscious in a society permeated by pop culture.

Seeing Indifference To Art And Science At The 2013 Biennale

Art As 'Smart Power' At The Venice Biennale

"The encyclopedic palace is about the desire to know and understand everything, a desire that recurs throughout history of art," he says. "What I'm asking is, how do we give form to our interior images when we're more and more besieged by artificial and external images?"

One of the most intriguing works is by British-born Tino Sehgal — a mysterious and ever-changing live performance that won the best artist prize. On a recent day, the performers are a young woman lying on the ground responding with movements and gestures to a young man improvising his own tune.

Other exhibits can be found scattered across the city, in palazzos and even churches.

This year's Golden Lion award for best national pavilion went to Angola; the African country, long ravaged by war, is exhibiting here for the first time. Located in a palazzo rarely open to the public, the exhibit consists of tall stacks of large photographic posters, which visitors can take with them, by artist Edson Chagas.

The contrast inside the palazzo is striking — paintings by Botticelli and Piero della Francesca on the wall juxtaposed with Chagas' stylized photographs of found objects in the streets of the Angolan capital, Luanda.

The apparent serenity of the photos disturbs art critic Eurydice Trichon. She says she wants something that reflects nearly three decades of war, "something more expressive, something that accuse[s] ... humanity."

Giovanna Tissi, a spokeswoman for the pavilion, responds that African artists have had enough of war.

"They are really fed up with European culture that want[s] the African [to] still talk and show the blood," she says. "We want them showing the blood, but they don't want [to]."

Another war-torn country being showcased for the first time is Iraq. The pavilion's British curator traveled all over the country to find the artists and bring their works here.

The most haunting is Saddam Is Here, a series of photographs that captures ordinary people — a dentist, butcher, shepherd and a woman sitting on a couch — each holding a mask of the former Iraqi dictator over their face. Artist-photographer Jamal Penjweny says Saddam is still like a godfather in Iraq. 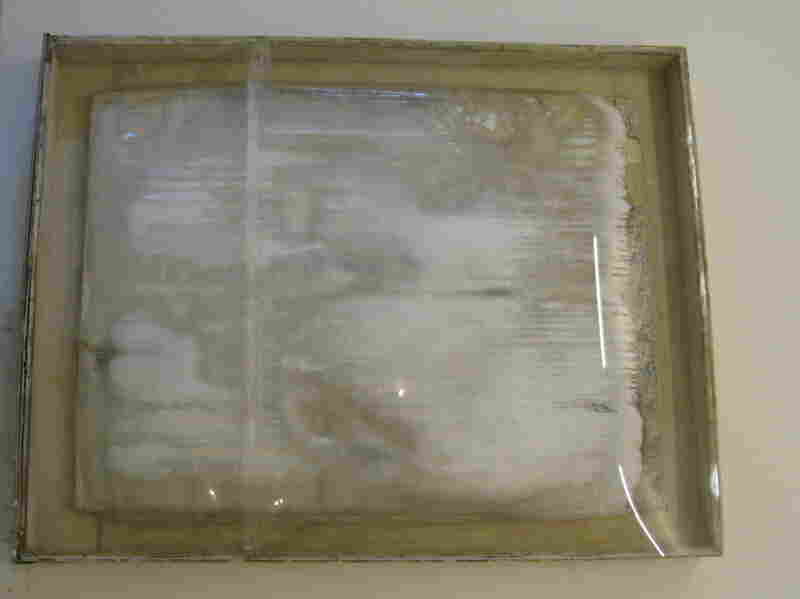 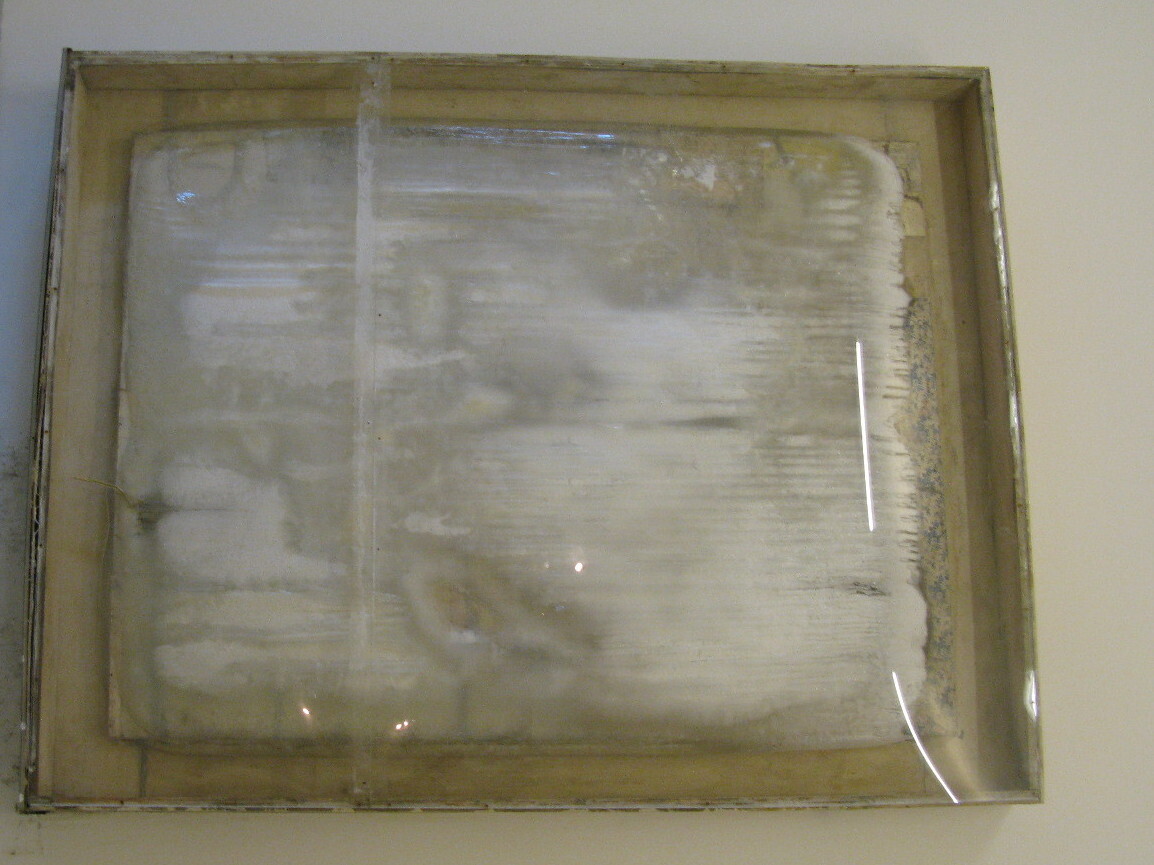 American artist Lawrence Carroll's work was commissioned by the Vatican.

'It's Exciting, It's Modern'

Another first-time exhibitor is the Holy See. But the artworks couldn't be more different from the ancient and Renaissance masterpieces in the Vatican.

The visitor is welcomed by a thumping heartbeat and wall-to-wall videos by an Italian multimedia group, stark photographs of ruins and abandoned buildings by Czech photographer Joseph Koudelka, and abstract white canvases — one frozen in ice — by American artist Lawrence Carroll.

The artists say the Vatican gave them total freedom, and the pavilion has been widely praised for showing the church's willingness to engage with the contemporary world. Negative reactions came mostly from conservative Catholics.

Many visitors find the sheer numbers of artists, pavilions and special exhibits on the sidelines of the Biennale daunting, and it takes several days to see it all.

Nancy Downer, an American biochemist who lives in Rome, is already on her second visit.

"It's exciting; it's modern," she says. "But what struck me is how intellectual much of it is. It's all about what people are thinking, so, you don't get any easy images of pretty things."

Carroll, the American artist whose works were commissioned by the Vatican, says the beauty of the Biennale is not just having his work seen, but having it seen in the context and in dialogue with works of other artists from all over the world.

"Art throughout history has been a bridge, a meeting point," Carroll says. "Art does have the ability to move and change things, and I think that's quite a wonderful thing."

The Biennale will remain open until Nov. 24.