Accessibility links
Migrants Flock To Russia, But Receive A Cool Welcome : Parallels Like the U.S., Russia has a large and unresolved problem with illegal immigration. Russia's working-age population is declining, and the country needs workers. But the influx of migrants, especially from Central Asia, is generating friction. 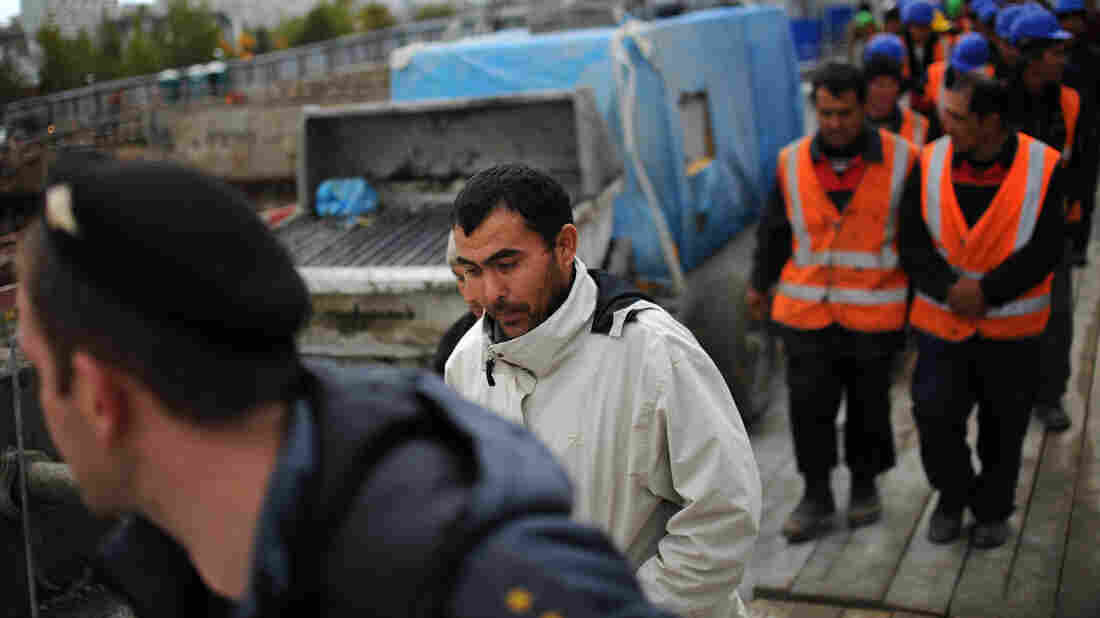 Migrant workers follow a police officer during a raid by Russian immigration authorities at a construction site in Moscow, in 2012. Karpov Sergei/ITAR-Tass/Landov hide caption 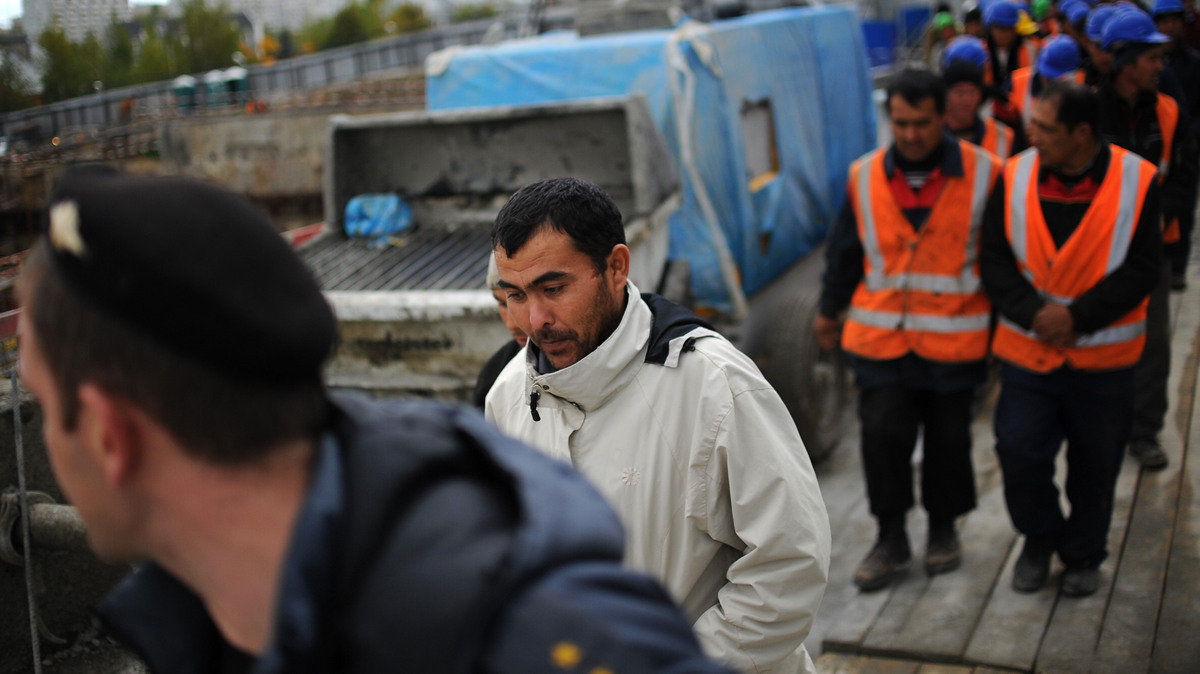 Migrant workers follow a police officer during a raid by Russian immigration authorities at a construction site in Moscow, in 2012.

Russia's immigration issues would be familiar to Americans: Millions of impoverished migrants have come and found low-wage jobs. Some are in Russia illegally and are exploited by their employers. And a growing number of Russians fear this influx of migrants, many of whom are Muslim, is changing the face of the country.

At 3:30 on a recent morning, the train from Dushanbe, Tajikistan, pulls into Moscow after a four-day journey. The passengers hauling their bags out onto the damp, ill-lit platform are mostly men. Russian police eye the new arrivals with suspicion. 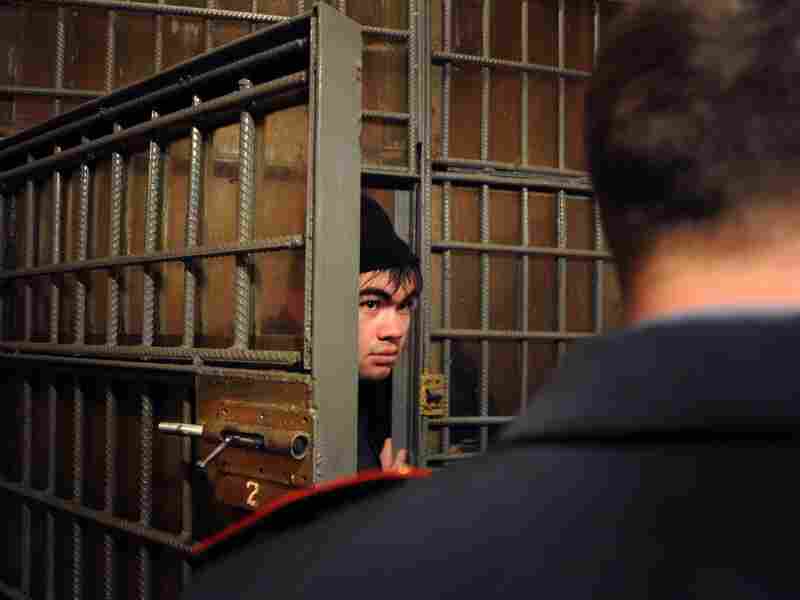 A police officer locks up an illegal migrant from Uzbekistan at a police station in Moscow's Kazansky railway station, in 2012. Andrey Smirnov/AFP/Getty Images hide caption 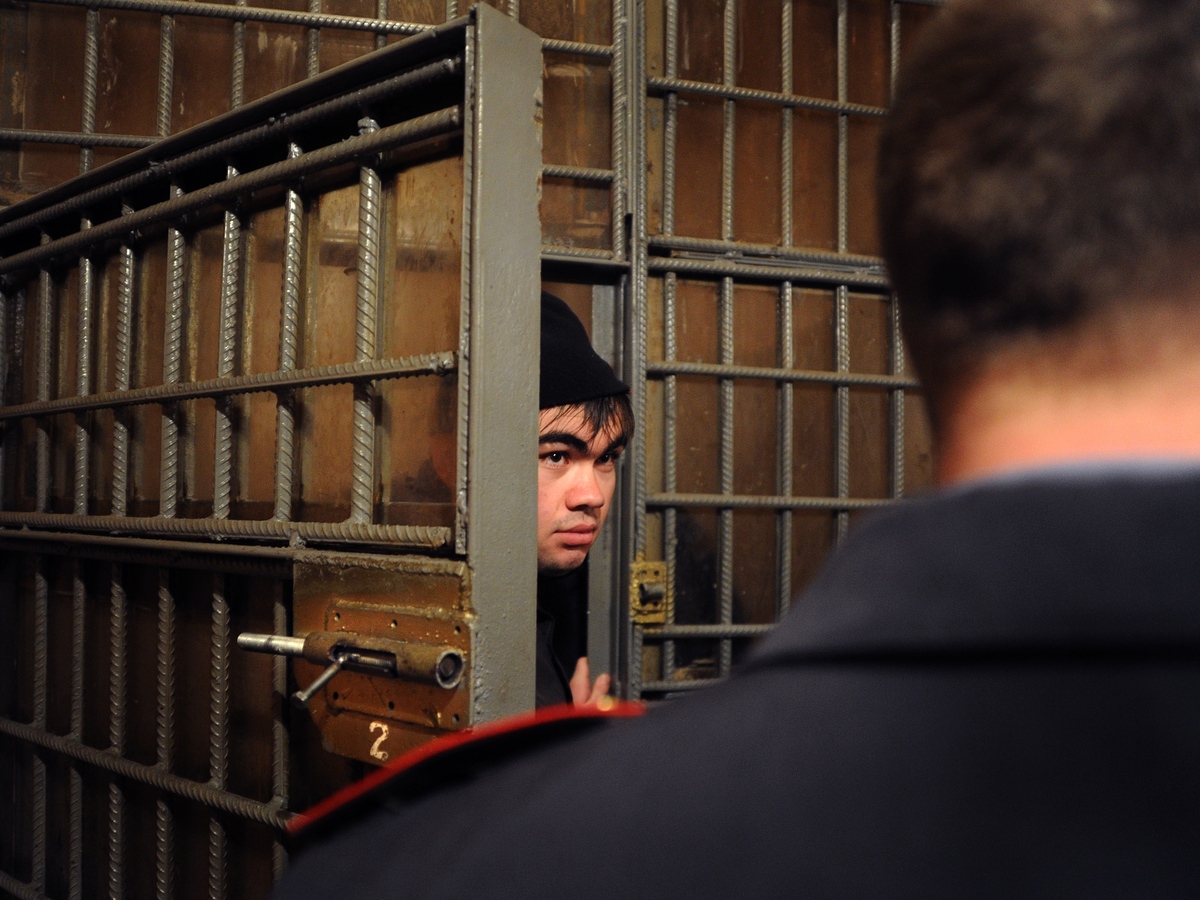 A police officer locks up an illegal migrant from Uzbekistan at a police station in Moscow's Kazansky railway station, in 2012.

Every day, trains and planes arrive from Uzbekistan, Kyrgyzstan, Moldova, Belarus and other former Soviet republics, filled with migrants looking for what they can't find at home: steady work.

They are not always welcome.

Sergey Sobyanin, Moscow's mayor, says the capital is a Russian city — not Chinese, Tajik or Uzbek — and it should stay that way. He is campaigning for re-election this fall, with a promise to limit the influx of foreign workers.

In a recent opinion poll of 1,000 Muscovites, 55 percent said the number of migrants in the city is a major problem, according to the Levada Center, a nongovernmental research group.

Some worry that Muslims from Central Asia will spread religious extremism. And many say migrants don't understand Russia's customs or speak the language well.

"I didn't even know how to say 'bread,' " says Alik, an Uzbek. "But little by little, you can learn. I watched TV. I played on the computer. The rest came over time. You can meet girls. To be honest, girls teach you quickly."

Like many migrants, Alik travels back and forth each year to his home in Uzbekistan, where he has a wife and two children. He works as a house painter and shares a room in Moscow with two other men.

Life is good in Russia, he says, as long as you have your documents in order.

In late May, police raided an illegal multipurpose complex beneath the Cherkizovsky market in Moscow. It included a movie theater, a bar, restaurant and a casino, as well as an illegal clothing factory.

For illegal migrants, though, the risks are high. The authorities frequently conduct raids where migrants live and work.

During one raid in late May, police broke into a basement complex hidden beneath a market in Moscow. They rousted out almost 200 people, most of them from Vietnam, who had been working in a sweatshop full of sewing machines.

Citizens of most countries in the former Soviet Union can enter Russia without a visa, but repeated violations, such as staying too long or failing to register, can get them barred from returning for up to 10 years.

A Need For Workers

Despite the uneasy relationship with foreign workers, Russia needs them, just as much as they need jobs. Like many European countries, Russia is dealing with a decline in its working-age population, says Yevgeny Gontmakher, an economist who studies migration. 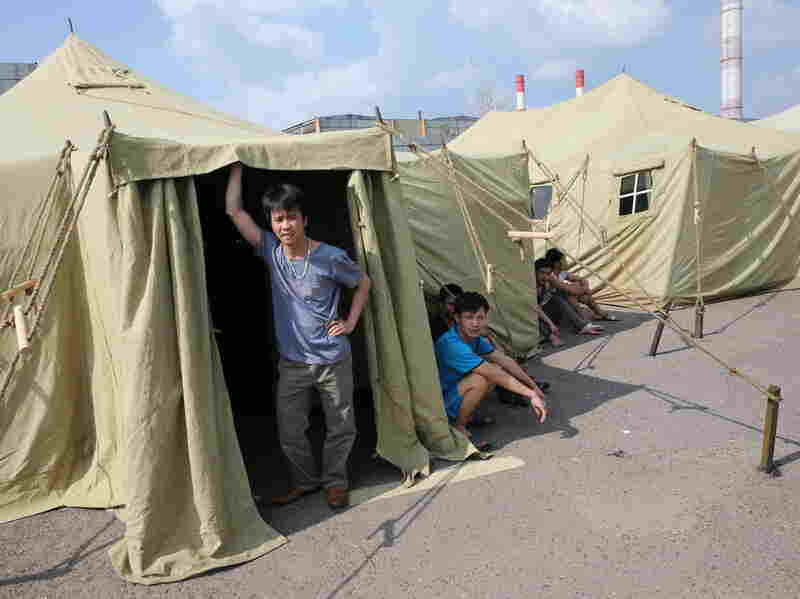 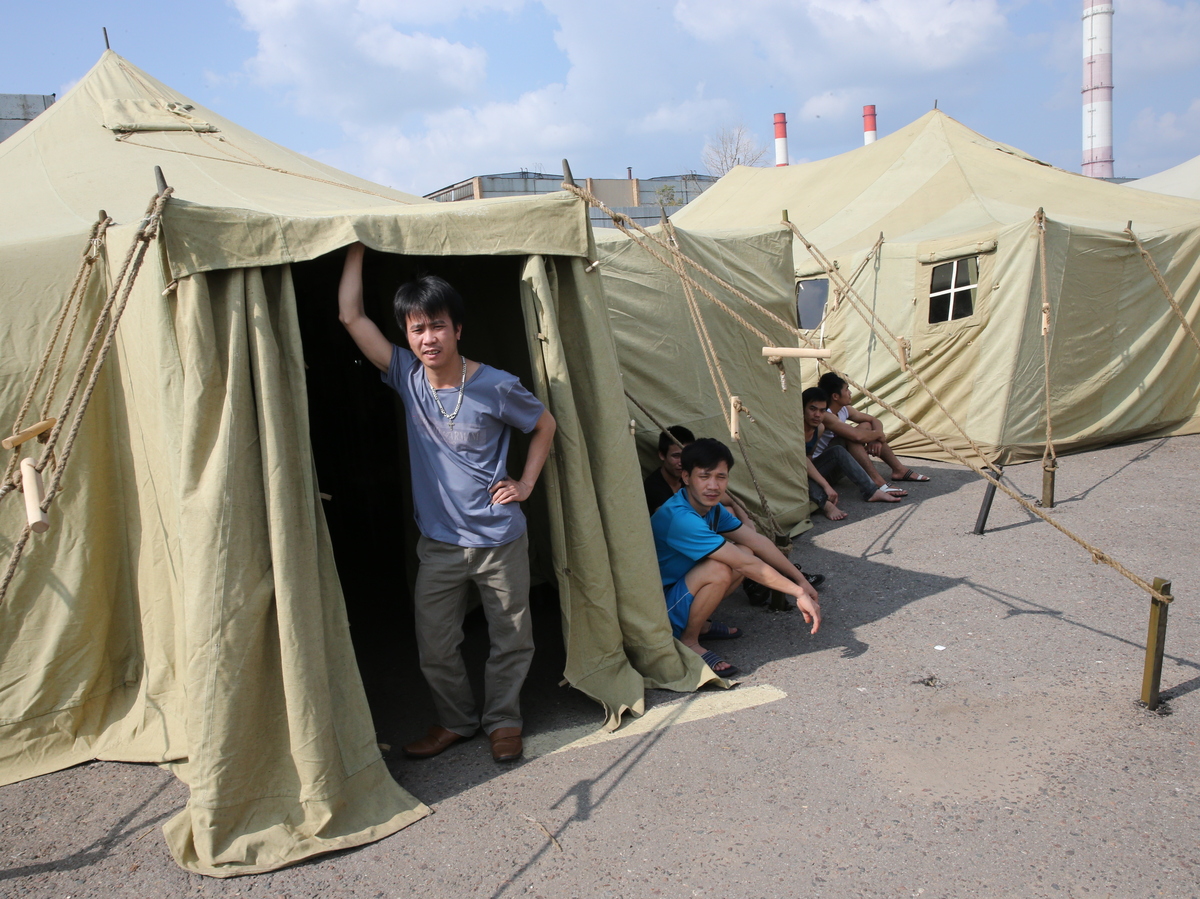 People in a temporary tent camp for illegal migrant workers in Moscow, on Saturday.

But he also says Russia's migration policy isn't working. The number of migrants officially allowed into Russia is low, which creates opportunities for bribery.

He says the Russian government needs to support economic development in Tajikistan, Uzbekistan and other poor former Soviet republics.

But until conditions improve at home, migrant workers are bound to be a constant presence in Russia.

At Moscow's Kazansky rail station, Tajiks prepare for the long journey to Dushanbe. For many, it will only be a short break before they return to work in the Russian capital.

Daoud, a 28-year-old Tajik, has a different plan. He's getting off the train at Astrakhan, a city in Russia's south, where he has legal work at a car wash.

He came to Moscow hoping for a higher salary in construction, but went home empty-handed after a week on the job. It was off the books, and he says the boss found an excuse not to pay.

Daoud sends money back to his family in Tajikistan, but he told his younger brother to stay home. He says working in Russia isn't worth it.