Accessibility links
'It's Too Hot': Shanghai Wilts In Record-Setting Heat Wave : Parallels Usually bustling streets are nearly empty at noon, and thousands have gone to hospitals for relief. China's National Meteorological Center says the long-running heat wave is driven by a variety of factors, including climate change, as well as Shanghai's construction density, growing population and shrinking green space. 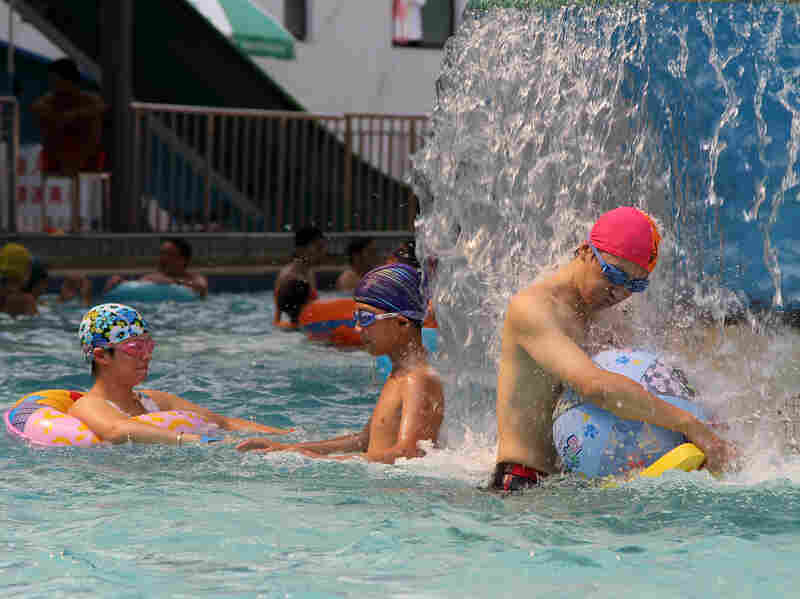 People cool off Wednesday in a pool in Shanghai, where temperatures reached an all-time record: 105.4 degrees. Frank Langfitt/NPR hide caption 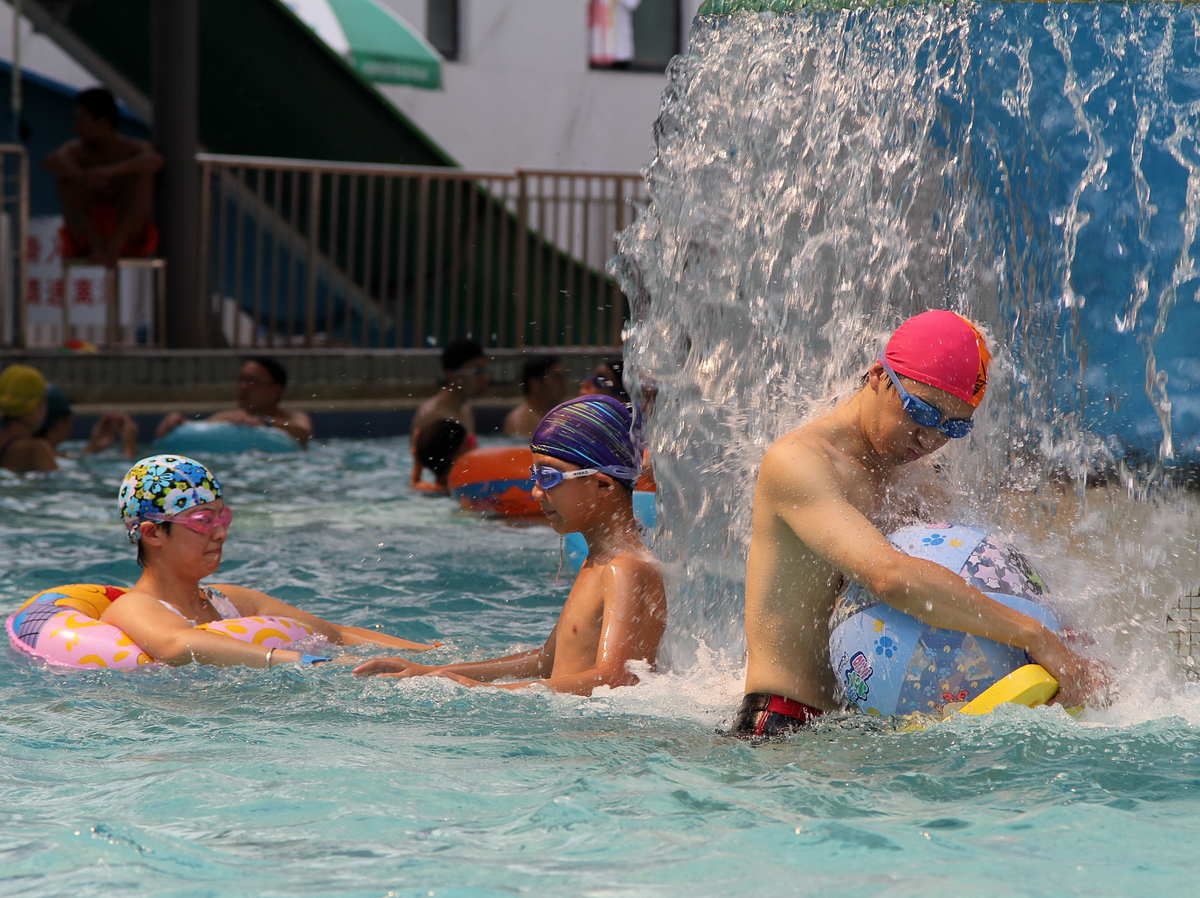 People cool off Wednesday in a pool in Shanghai, where temperatures reached an all-time record: 105.4 degrees.

Temperatures Wednesday in Shanghai hit an all-time high: 105.4 degrees, according to officials here. It was the hottest day in 140 years, since the government began keeping records.

The Chinese megacity is in the midst of its hottest summer ever.

Usually bustling streets are near empty at noon and thousands have gone to hospitals for relief. To get a feel for how people are handling the heat wave, I waded into a public pool in the city's Hankou district. By early afternoon, the temperature was 98 degrees in the shade, according to the thermometer I brought along.

About 200 people played and swam in the pool, batting beach balls and cooling themselves beneath a mushroom-shaped waterfall. Those numbers seemed small considering the high temperature and Shanghai's enormous population.

Song Zicheng, a 17-year-old student, stepped away from one of the water slides and explained: "Everybody is home. It's too hot," he said.

"Maybe it will rain later," he added, hopefully.

In other words, Shanghai is so hot, most people won't even go to the pool.

And it's not just the past week; the heat has been relentless. In July, 24 days had temperatures of 95 degrees or higher, according to the state-run newspaper Shanghai Daily.

More than 10 people have already died from the heat here. Song has a grandmother who is in her 80s and who refuses to leave her home most of the day.

Dong Hejia came here as a teenager in the mid-1950s when Shanghai was much smaller. Now 74, Dong says one reason the temperatures are so high these days is because the city's countless skyscrapers trap the heat.

The heat is affecting all kinds of behavior here. During rush hour, the sidewalks are dotted with brightly colored umbrellas held by Chinese women who customarily use them as shade in the hot summer months.

Earlier this week, I rode in a cab whose driver had covered half the windows with newspaper to keep the sun out. I had to roll down the window periodically to figure out where I was. Inevitably, the high temperatures are taking a toll on some businesses.

Zhang Deliang, a fruit vendor, ordinarily lays out his boxes of apples, peaches and Sunkist oranges on the sidewalk around 10 each morning and packs up around midnight. These days, he sets up around 5 p.m. because the heat is too much.

Zhang, a 46-year-old from Central China's Anhui province, says the weather is costing him customers and money.

"Fruit rots fast," says Zhang, who wears his purple striped polo-shirt rolled up over his rib-cage to cool his belly — a summer fashion of sorts among working-class Chinese men.

"When the temperature is high, people don't come out," he says. "They just sit inside blowing their air conditioning."

Zhang says this is the longest heat wave in his two decades living in Shanghai. Forecasters say he and the rest of this city of 23 million will have to continue to suffer through it until at least this weekend.