Accessibility links
Egypt's Top General And His U.S. Lessons In Democracy : Parallels Gen. Abdel-Fattah el-Sissi led the recent ouster of Egypt's democratically elected president. Seven years earlier, he was a student at the U.S. Army War College and wrote a paper called "Democracy in the Middle East." He's the latest in a series of U.S.-trained military officers to topple a civilian government. 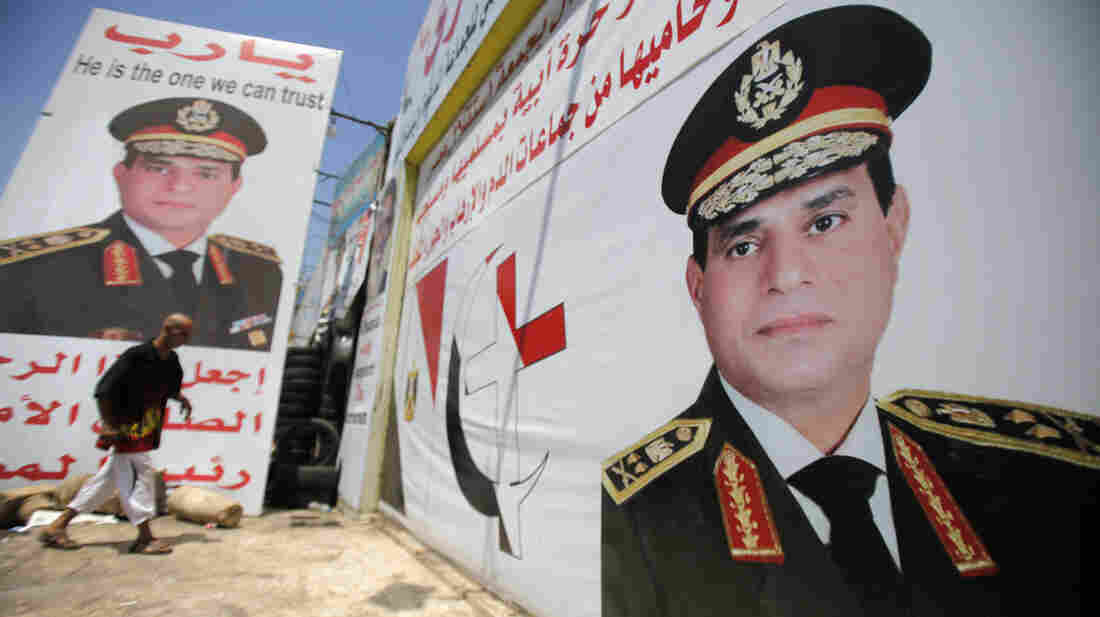 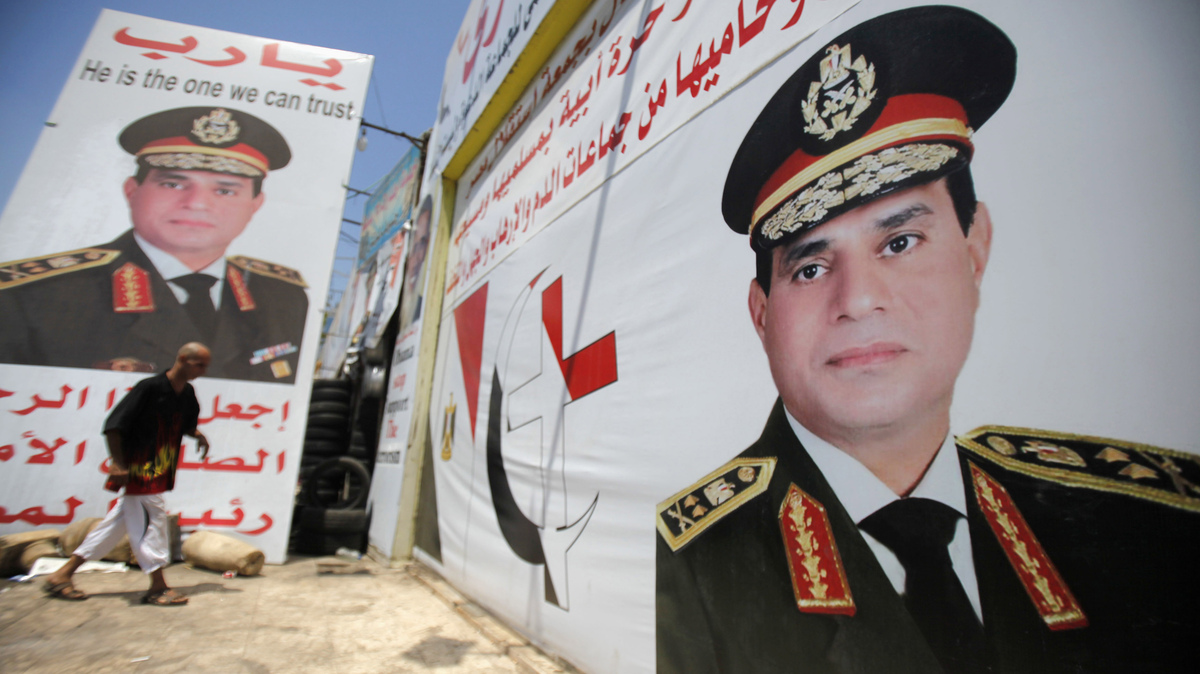 Gen. Abdel-Fattah el-Sissi, the man at the center of the military takeover in Egypt, is the latest in a series of American-trained foreign officers to oust a civilian government.

Just seven years ago, he was a student at the Army War College in rural Pennsylvania. At a recent military graduation ceremony in Alexandria, Egypt, el-Sissi talked about his ouster of Egyptian President Mohammed Morsi on July 3.

The army was forced to take that step, the general said, in the wake of mass protests against the elected government.

"Don't think I betrayed the former president," el-Sissi told the audience. "I told him the Egyptian army belongs to all Egyptians."

Half a world away, retired U.S. Army Col. Steve Gerras watched in amazement. Gerras served as the general's faculty adviser at the Army War College in Carlisle, Pa., and helped him write a paper back in 2006.

The name of the paper? "Democracy in the Middle East."

A 'Quiet And Serious' Student

The U.S. colonel and others remember el-Sissi as a fairly quiet and serious Egyptian brigadier general, not the kind of personality who would mount a military coup — although the U.S. has not called it that.

"My conclusion was, and my inference was, 'Wow, things must really be bad there because I just don't think he was the type of person who would pull a, not a coup, but a quasi-coup there,' " Gerras says. "You think of Saddam Hussein and [Moammar] Gadhafi and [Hugo] Chavez, or people like that. He's not one of those guys."

Sherifa Zuhur, a former research professor at the Army War College, attended the same small, local mosque with the general and his family.

El-Sissi, she recalls, like other Middle Eastern officers, thought America's war on terrorism at the time was becoming a sweeping attack on Muslim communities.

"And I think that our officers, as well as many American Muslims, began to talk about a war on Islam," Zuhur says.

El-Sissi debated such issues in class with American officers, but in a quiet, respectful manner.

"He's the opposite of bombastic, aggressive, not a showoff at all," she says.

But el-Sissi did oust a democratically elected government. And he's not the first American-trained officer to do that. There have now been five since the early 1990s. Others were in Haiti, Gambia and Honduras.

The most recent occurred last year in West Africa, when Capt. Amadou Sanogo took over the government in Mali. The captain studied at several military schools and received intelligence training at the U.S. Army's Fort Huachuca in Arizona.

Gordon Adams, a defense analyst who worked in the Clinton administration, says that in the United States, the military is asked to play a lead role.

"It's a very double-edged sword," he says.

Training foreign officers allows the U.S. to forge relationships that might pay off later, he says. But it also helps build up foreign militaries as the strongest institution, one that can threaten democratic governments.

Adams says that other U.S. government institutions, like the State Department, are not focused on this type of training.

"They are not particularly well-trained for helping other countries [on] how to govern, how to control their own militaries, how to prevent corruption," Adams says. "All of those are concerns of the 21st century, but our civilian institutions here in America are not well set up to deal with them."

So it falls to the U.S. military and to people like Gerras, the Army War College professor. He recalls el-Sissi telling him about the difficulties of establishing democracy, saying it would take time and not resemble the Western model.

"My recollection was he thought whatever the government structure was had to pay attention to religion. You know he's thinking: You guys have a secular view, and that will never work in the Middle East," Gerras says. "I remember almost that exact sentence coming out of his mouth."

But Gerras said he can't share the general's research paper on democracy. El- Sissi checked a box on a release form that read: "Release only to government authorities."