Accessibility links
Bangladesh Textile Exports Surge; Another Factory Worker Dies : Parallels The country's garment industry is still going strong despite the building collapse in April. But the latest death underscores the human toll of the tragedy that has claimed more than 1,100 lives. 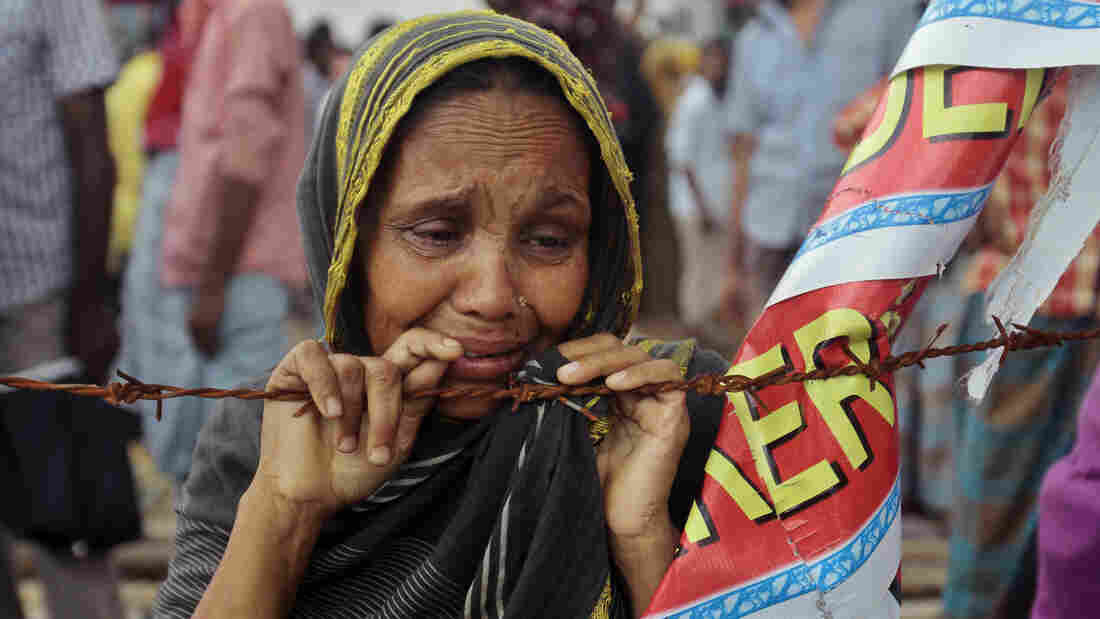 A Bangladeshi woman cries on Aug. 2 at the site of Rana Plaza building collapse near Dhaka, Bangladesh. The building came crashing down in April, the worst tragedy in the history of the global garment industry. A.M. Ahad/AP hide caption 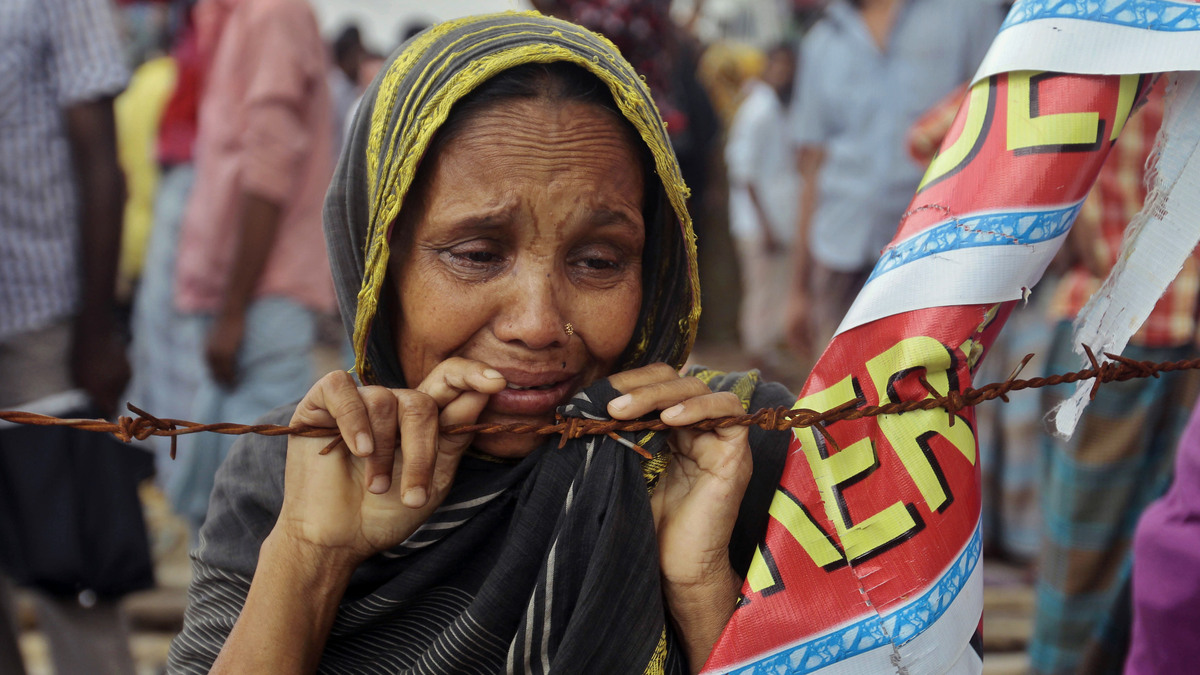 A Bangladeshi woman cries on Aug. 2 at the site of Rana Plaza building collapse near Dhaka, Bangladesh. The building came crashing down in April, the worst tragedy in the history of the global garment industry.

Two news items reminded us of the collapse in April of a building outside the Bangladeshi capital, Dhaka, that housed garment factories.

-- In the first, a worker injured in the collapse of the Rana Plaza died last week after spending 108 days in hospital in a coma.

-- And in the second, Bangladesh's garment exports in July grew more than 26 percent as compared to July 2012.

Bangladesh, one of the poorest countries in the world, is about the size of Iowa, but it is home to more than 150 million people – approximately half the U.S. population.

In recent years, the country has become a garment-exporting power. It is second only to China in clothing exports and is a favored destination for Western brands attracted, as NPR's Jim Zarroli reported, by its low wages and light regulation.

The collapse of the Rana Plaza on April 24 cast the spotlight on the country, its massive garment industry and the Bangladesh Garment Manufacturers and Exporters Association, the powerful trade association. As The New York Times reported:

"Members control the engine of the national economy — garment exports to the United States and Europe. Many serve in Parliament or own television stations and newspapers.

"For two decades, as Bangladesh became a garment power, now trailing only China in global clothing exports, the trade group has often seemed more like a government ministry. Known as B.G.M.E.A., the organization helps regulate and administer exports and its leaders sit on high-level government committees on labor and security issues. Industry trade groups in the United States could only imagine such a role."

More than 1,100 people died in the collapse of the Rana Plaza. The worst disaster in the history of the global garment industry made Bangladesh and the sector the target of Western scrutiny. In response, the government announced steps to allow workers to unionize more freely.

But critics said it gave labor unions too much power over workplace safety. The other was announced by U.S. companies, including Walmart and Gap, but it excluded unions. But some groups who monitor the industry have been highly critical.

Four months after the tragedy, many survivors and victims' families are still waiting for money promised them, as NPR's Julie McCarthy reported when she met with some of those who were badly injured.