Accessibility links
Muslim Brotherhood: A Force Throughout The Muslim World : Parallels The Islamist group has been banned or repressed for much of its history. But it has operated in the gaps that successive Egyptian regimes have permitted, serving as a social, religious and political organization. 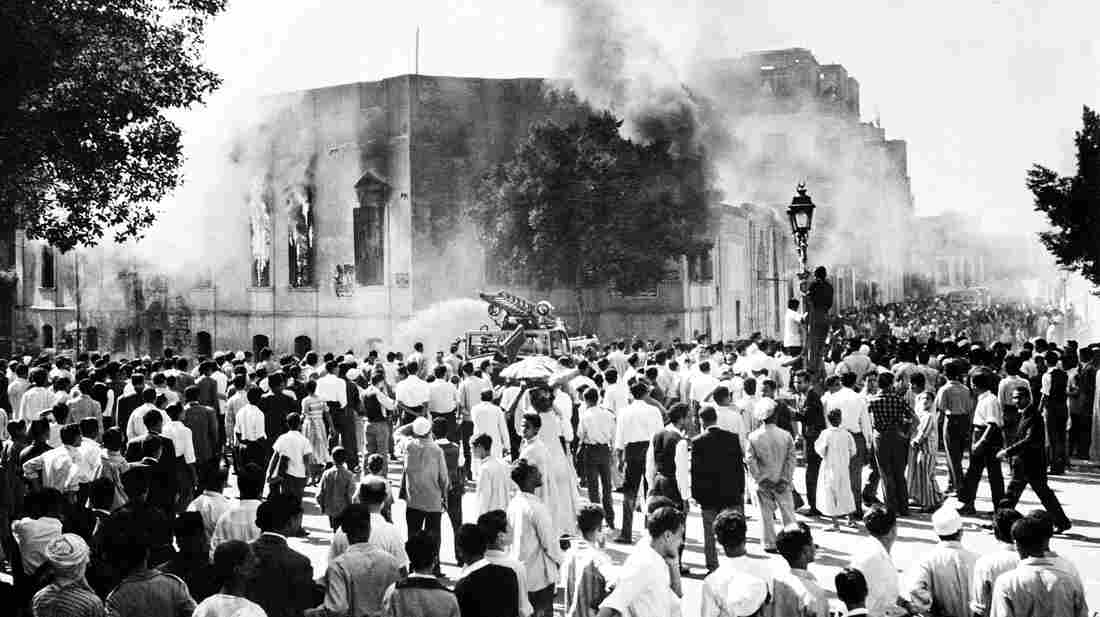 Crowds gather around the burning headquarters of the Muslim Brotherhood in Cairo on Oct. 27, 1954. The building was set on fire following the attempted assassination of President Gamal Abdel Nasser. AP hide caption 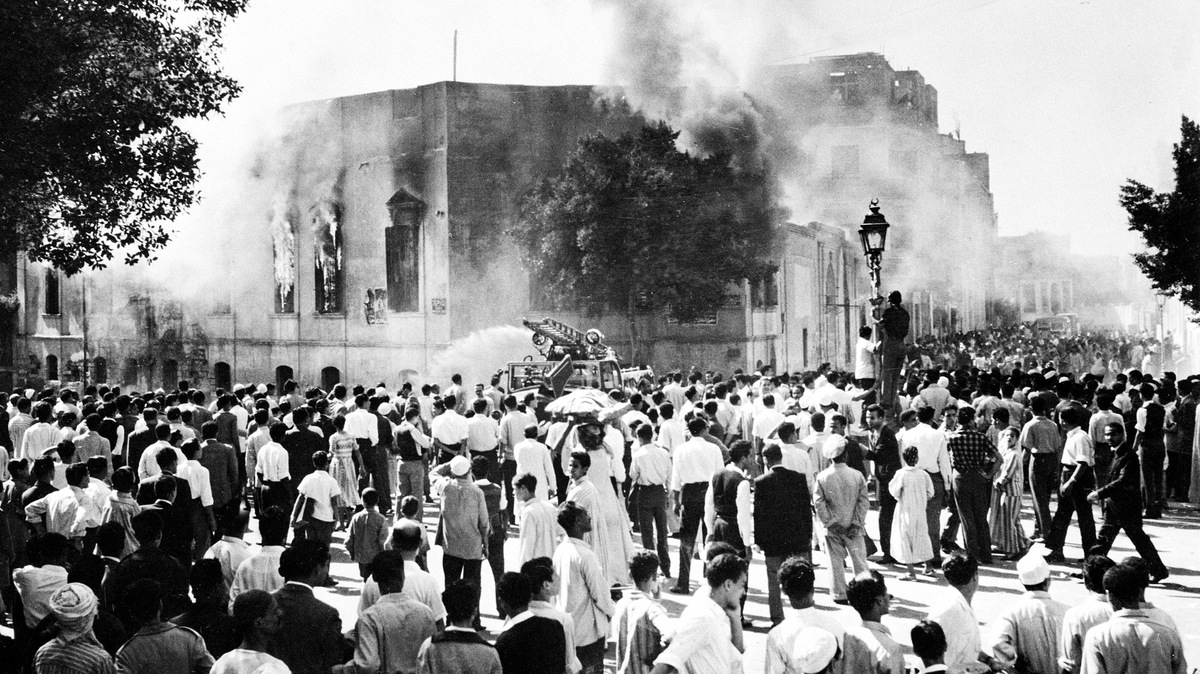 Crowds gather around the burning headquarters of the Muslim Brotherhood in Cairo on Oct. 27, 1954. The building was set on fire following the attempted assassination of President Gamal Abdel Nasser.

The Muslim Brotherhood, which has a presence in dozens of Muslim countries, has been banned, repressed or restricted for much of its more than eight-decade history in Egypt, the place where it was born.

After ruling Egypt for the past year, the group was effectively ousted when the military overthrew Mohammed Morsi as president on July 3. The security forces have cracked down on the Brotherhood and its supporters this past week, resulting in deadly clashes leaving hundreds dead.

Here is a brief history of the Islamist group:

The Brotherhood was founded in 1928 in Egypt by Hassan al-Banna, an Islamic scholar and schoolteacher, and has been a political, religious and social movement. It has spread throughout the Islamic world and is often described as the single most influential Islamic movement.

The Brotherhood seeks rule by Islamic law, though it also says it accepts democracy. Time and again, the group survived attempts to weaken or crush it.

"The history of the Brotherhood is different phases where you have crackdowns and then a slow softening of the policy where the Brotherhood can operate, find some modus vivendi with the government, and operate through the crevices and the gaps that the regime allows them to operate under," says Vidino Lorenzo, senior researcher at the Center for Security Studies in Zurich, Switzerland, and author of The New Muslim Brotherhood in the West.

The Brotherhood briefly supported President Gamal Abdel Nasser in the 1950s before he cracked down, viewing the group as a threat. It was subject to severe repression in the 1950s and '60s. But in the 1970s, under President Anwar Sadat, there was a softening. 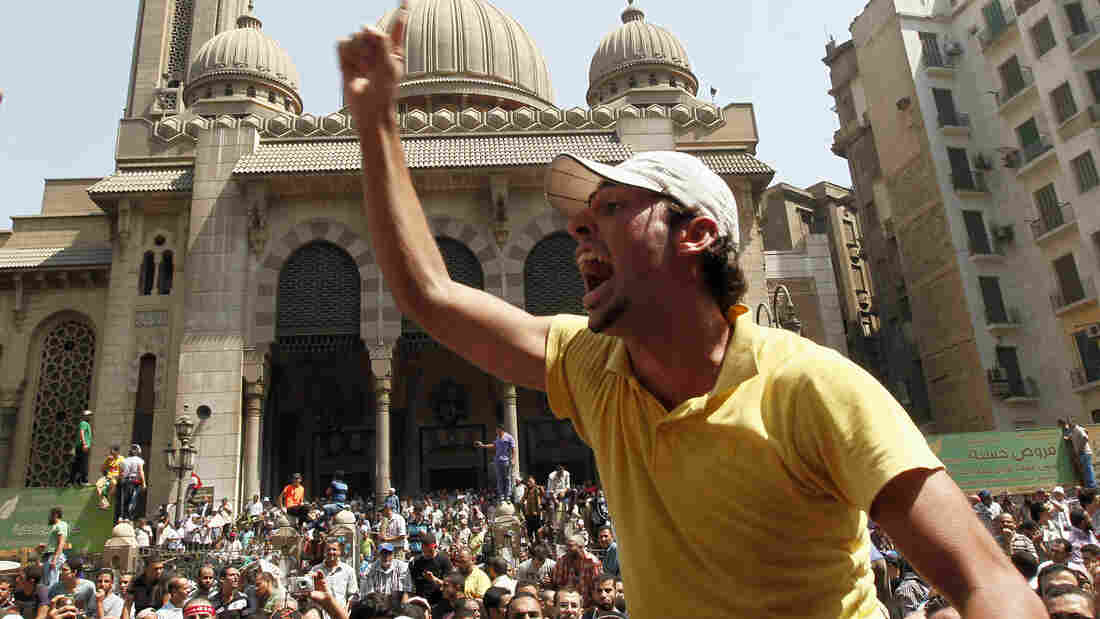 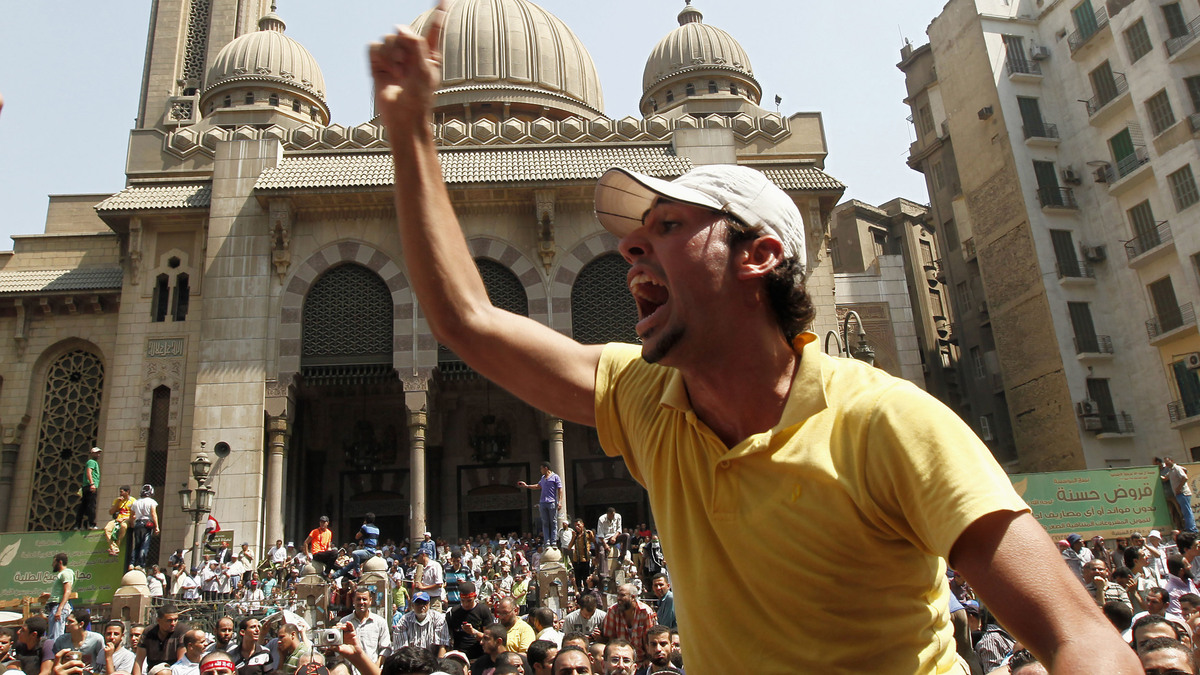 Supporters of the ousted president, Mohammed Morsi, protest outside the Al-Fath Mosque in Ramses Square in Cairo on Friday.

Sadat used the group as leverage against communism. After Sadat's assassination in 1981, his successor Hosni Mubarak alternated between crackdowns and easing up on the group.

Yasser El-Shimy, an Egypt Middle East analyst for the International Crisis Group, told NPR's Robert Siegel that Mubarak's regime "almost tolerated their presence" because the Brotherhood filled the void the state couldn't: It provided social services, medical care, schools and other facilities. As a result, it built a wide base of support, especially in rural Egypt.

"Remember, it was the largest political opposition in Egypt under Mubarak," said Robin Wright, a Middle East expert at the Woodrow Wilson Center and the U.S. Institute of Peace. "It's not like they haven't worked within the system. There was a steady progression in the 1980s and '90s to work with other parties.

"So in many ways, the military crackdown is worse for them than what it was like under Mubarak," she said.

The Brotherhood distanced itself from violence in early 1970s as it moved to work within the country's established system, but critics say its ideology contributes to Islamic radicalism even if it doesn't condone violence.

In recent days, Islamists have targeted Coptic Christian churches and police stations. Some were pictured with guns at rallies — though the Brotherhood maintains that it is nonviolent.

Lorenzo of the Center for Security Studies says it's difficult to say whether those attacks are coordinated or the work of other groups.

But, he adds: "In a very hierarchical group, where internal discipline is very strong ... it seems difficult to think that these are completely rogue people which the Brotherhood completely opposed." 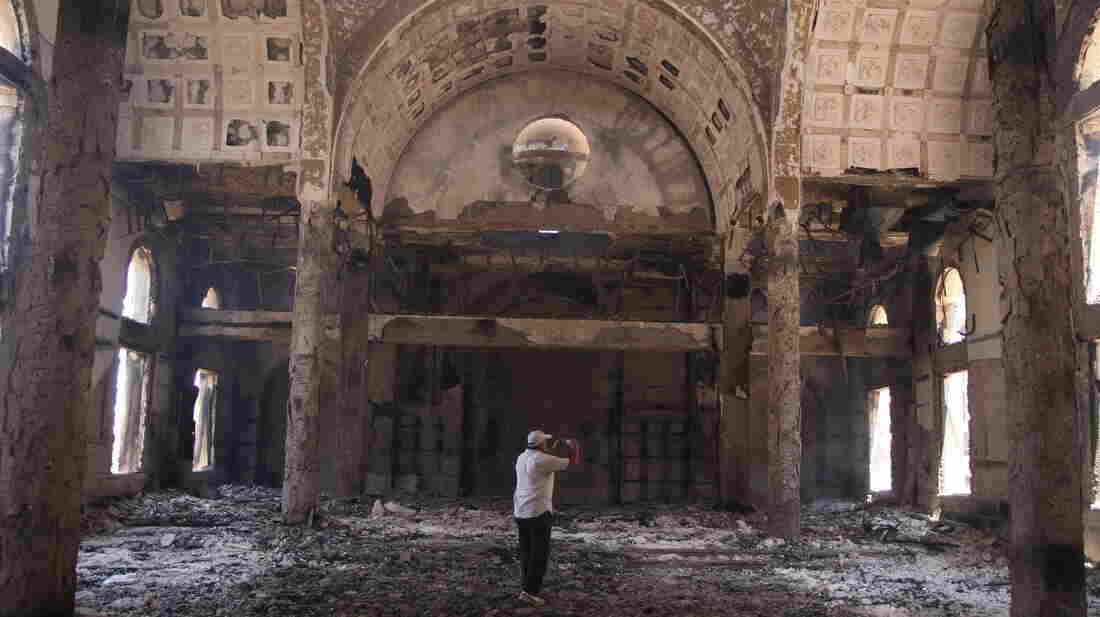 The damaged interior of the Saint Moussa Church is seen Thursday, a day after it was torched in sectarian violence in Minya, south of Cairo. Roger Anis/AP hide caption 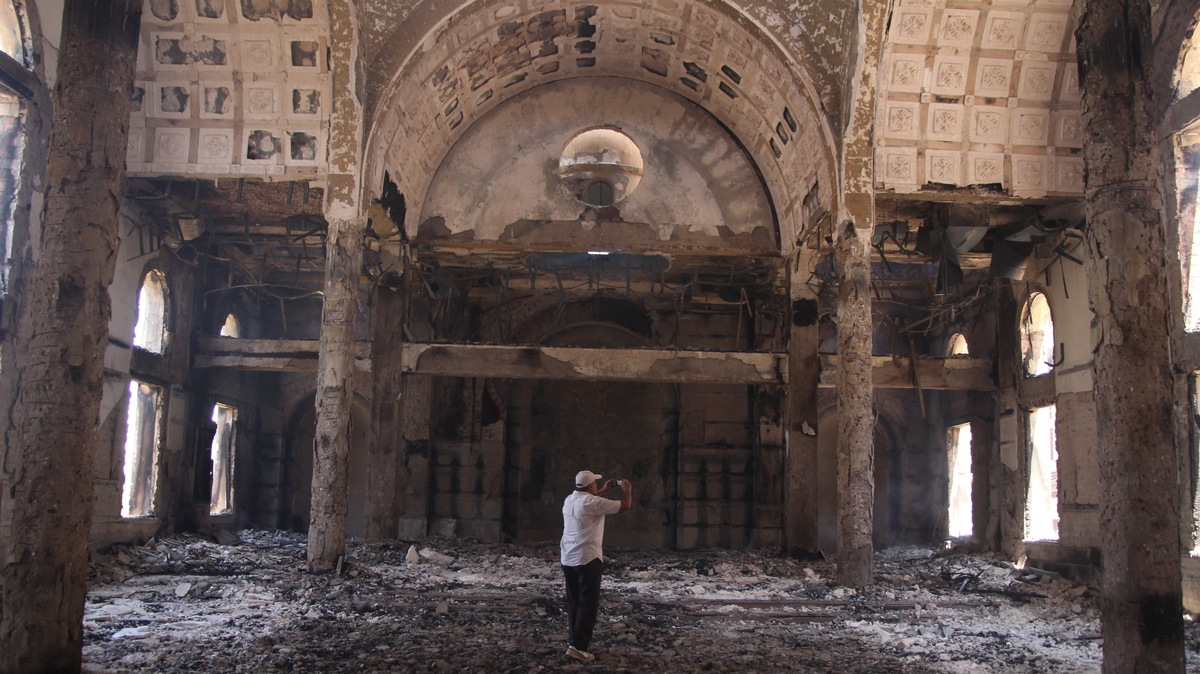 The damaged interior of the Saint Moussa Church is seen Thursday, a day after it was torched in sectarian violence in Minya, south of Cairo.

The Brotherhood's struggle in Egypt has parallels in the wider Arab and Muslim world.

One offshoot of the Brotherhood is Hamas, the Palestinian group that runs the Gaza Strip, just across the border from Egypt.