Accessibility links
Japan's Rice Farmers See Trade Deal As Threat To Tradition : Parallels Each summer, the rice farmers of Narita, Japan, gather to pray for bountiful harvests with dancing, music and elaborate festival carts. This year, some farmers feel their way of life is under threat from a major trade agreement. 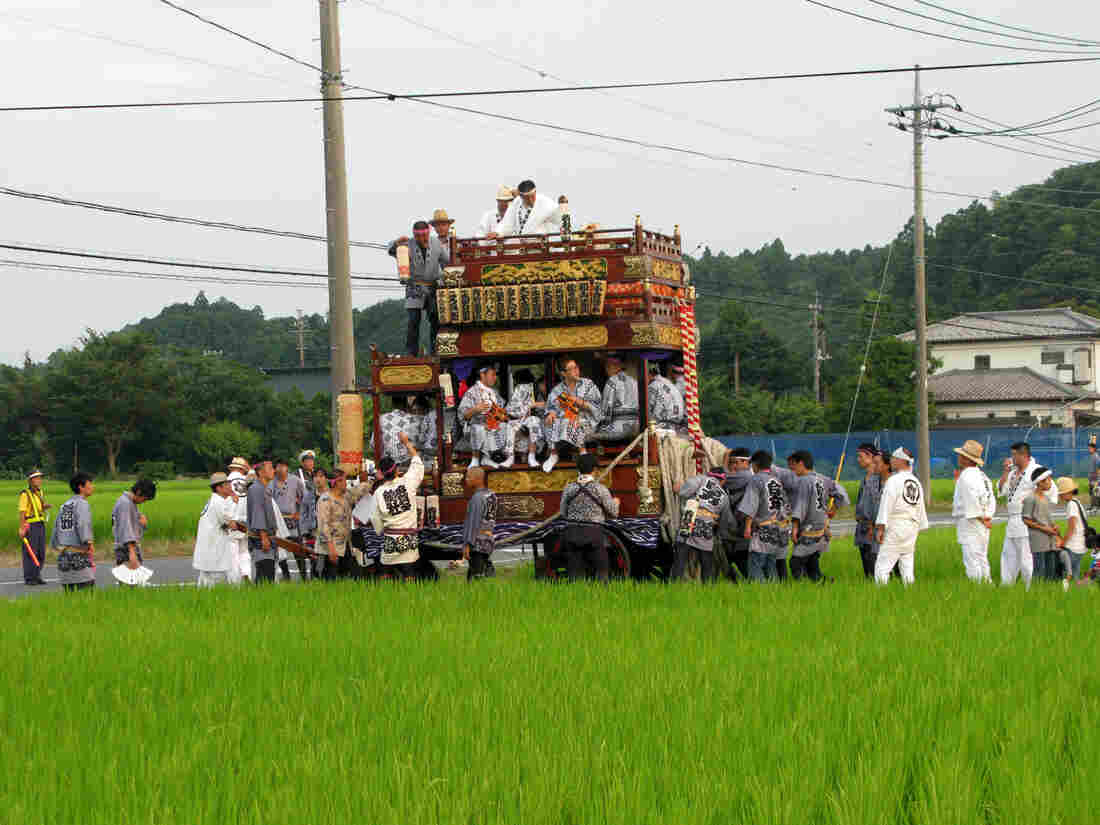 The Japanese city of Narita is best known to the outside world for its major airport that serves Tokyo, the nation's capital city.

Narita is also a rural area of Chiba Prefecture, however, with a long tradition of rice farming.

Toward the end of the summer, Narita's rice farmers gather to pray for bountiful harvests. They dance, play music and ride elaborate festival carts. From afar, the wagons appear to glide through a sea of lush green paddy fields as villagers pull them down Narita's placid country lanes.

This year, some farmers feel that these traditions are in danger of disappearing.

Japan is planning to join the Transpacific Partnership, or TPP. The government claims the country has begun to emerge from more than two decades of economic stagnation, thanks to heavy stimulus spending. It hopes that deregulation, including liberalizing trade, will help economic growth over the long term.

But rice farmer and local activist Takeshi Ogura says entering into the TPP would be a bad deal for Japan. 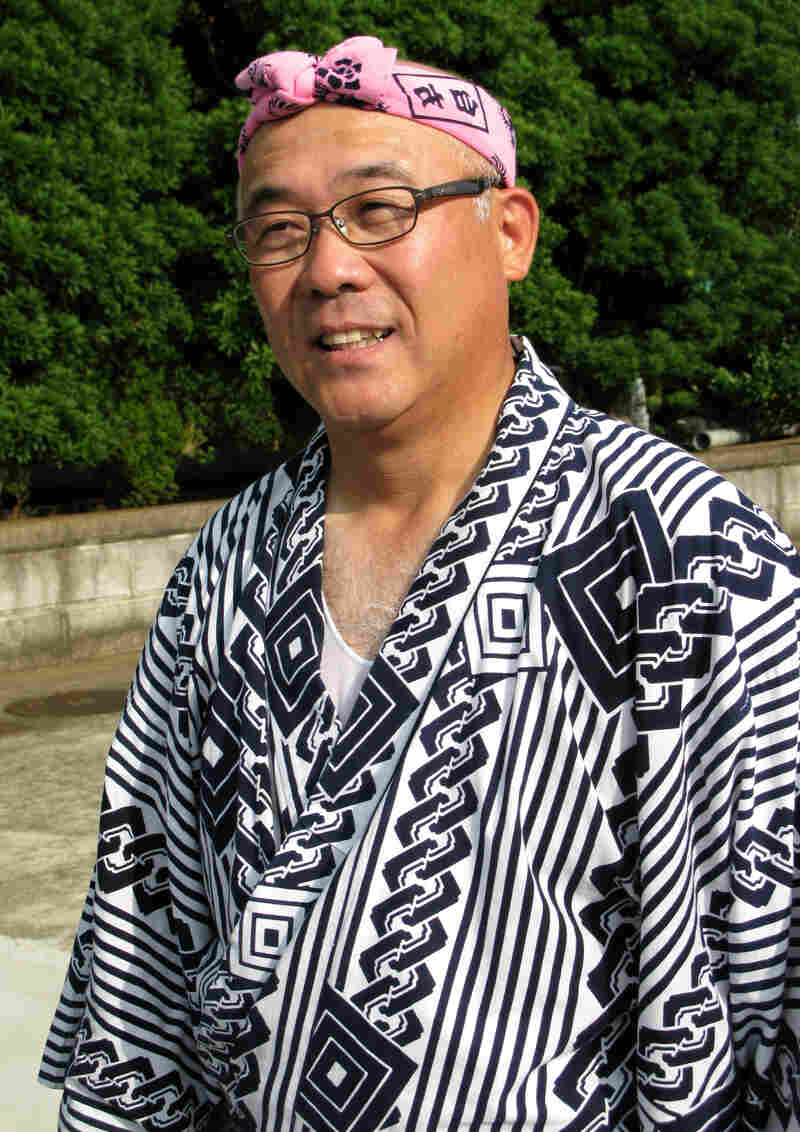 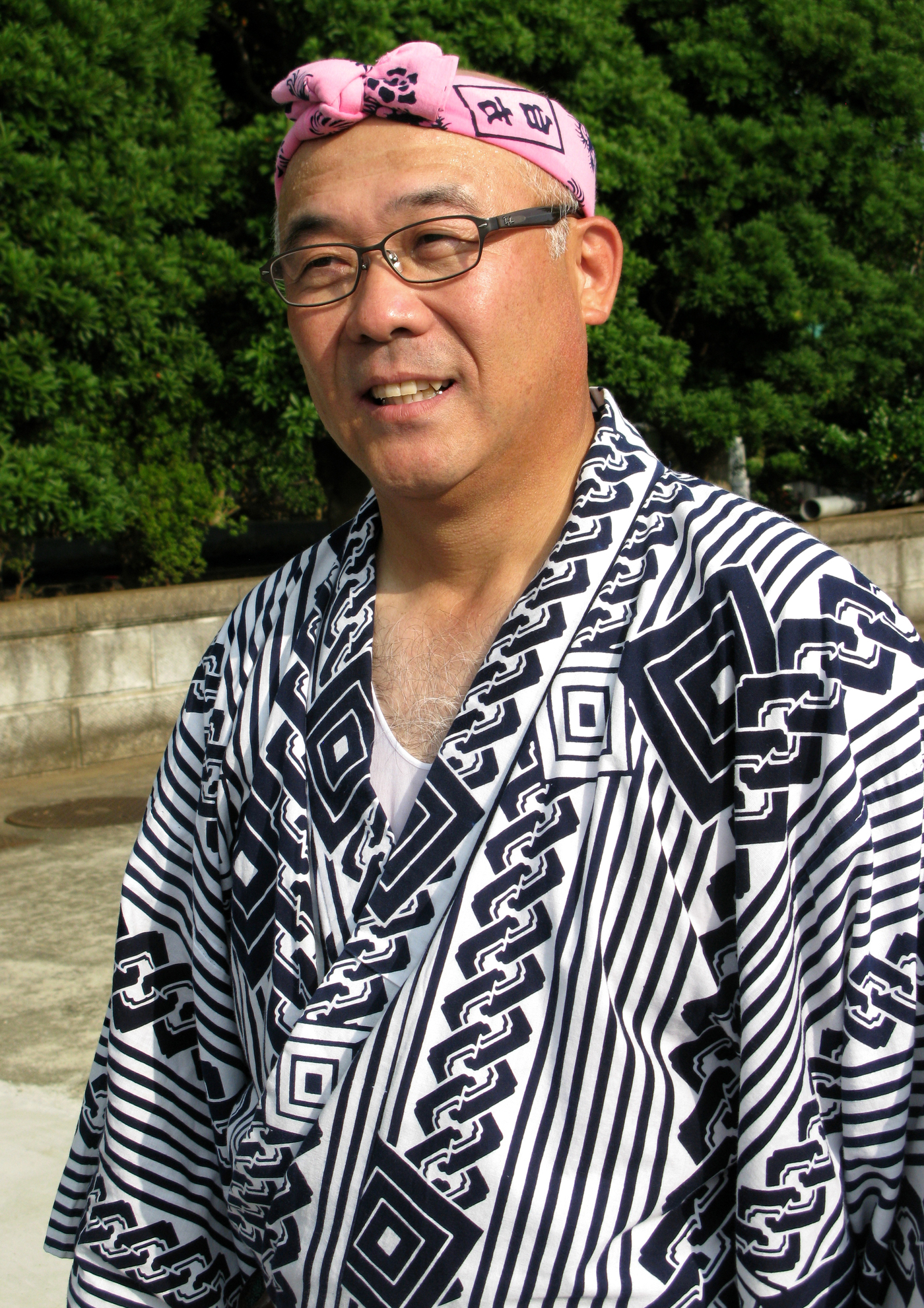 Rice farmer and activist Takeshi Ogura has tried to mobilize locals in Narita against Japan joining the TPP, which he says will harm Japan's destroy traditional rice farming and culture.

"Japanese agriculture is pretty costly," Ogura says, "so we don't want the government to treat food as a commercial business. We want it to protect our food sovereignty."

To be sure, the issue of Japanese agriculture carries some weighty symbolism.

But the TPP would also liberalize insurance, automobiles and other industries that employ more people and account for bigger chunks of the Japanese economy.

The TPP includes 11 nations bordering on the Pacific, and its members account for around 40 percent of global trade.

Ogura is very proud that he grows his own food, and that he lives in a community that celebrates this tradition. He says that joining the TPP would threaten his way of life.

"The farmland and rice farming is at the core of our culture," he says. "They are linked to this culture through community festivals like this one. But if we stop cultivating the rice, this culture will be destroyed."

The solidly-built, more than 60-year-old Ogura is a pretty typical specimen of Japanese yeomanry. He farms less than 25 acres of land and has to do sideline jobs to make ends meet. His children are not very enthusiastic about following in his line of work.

In recent elections, Ogura voted for the Communist Party of Japan.

Actually, he confides, he's no Marxist. It was a protest vote, he says, to show that he was fed up with the main political parties, because they refuse to stand up and oppose the TPP.

"They pretend to listen to us," he says. "Especially at election time, they make sympathetic faces, and they're kind of helpful. Some of the candidates promised to oppose the TPP. But they voted for it in Parliament. They really broke their promise."

Ogura's uphill struggle against the TPP reminds him of another local rice farmer and village chief by the name of Kiuichi Sogoro.

In 1653, Sogoro traveled from Chiba to Edo, then Japan's capital, to petition the ruling Shogun to ease crippling taxes on local farmers. At the time, this was illegal, and the Shogun had Sogoro and his four sons beheaded for their impudence.

But the Shogun also reduced the taxes, inspiring local farmers to build a temple in Narita and hold an annual festival to commemorate Sogoro's courageous sacrifice.

Today, Japanese rice farming is protected by a politically powerful agricultural lobby, and import duties of more than 700 percent.

It is also the least efficient farm sector among the developed economies.

Jesper Koll, JP Morgan's Director of Research in Tokyo, argues that Japan can get out of this predicament by having fewer people working on bigger farms, and growing luxury food products for export.

"If Mr. Ogura were to switch to something called 'Koshi-Hikari,' which is the Lexus brand of rice," he says, "he could sell it for eight times what he can sell it in Japan to department stores in the People's Republic of China."

And joining the TPP, he adds, would allow Japan to import cheaper foreign rice, and that would save consumers money.

Takeshi Ogura says grimly that maybe the government will put off joining the TPP, but he seems resigned to the final result.

"The only reason we struggle on like this is that we have these ancestral lands. We've got to keep them in the family," he says. "But if the rice prices go down, that's the time I'll finally have to abandon the land. We're just at the brink right now."