Accessibility links
Will The U.S. Grant A Visa To Sudan's Indicted Leader? : Parallels The U.S. is supposed to allow everyone to come to the annual United Nations General Assembly, which opens next week. But Washington has yet to rule on the visa application by Omar al-Bashir, the Sudanese president who's been indicted on genocide charges by the International Criminal Court. 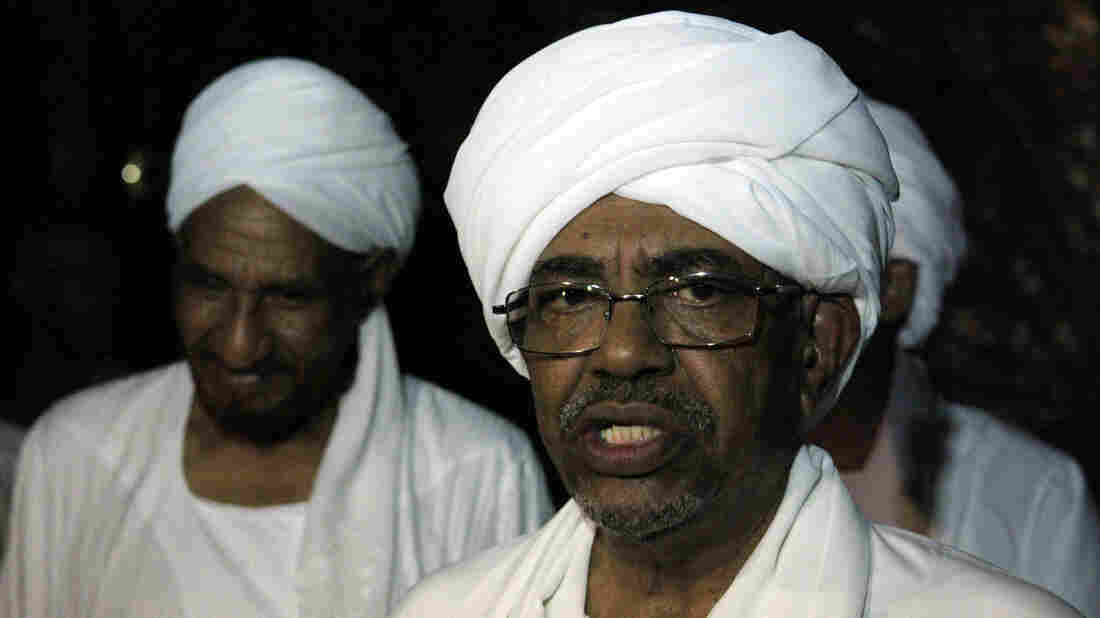 Sudan's President Omar al-Bashir, who faces genocide charges, has applied for a visa to come to the U.S. for the annual United Nations General Assembly next week. The U.S. has not yet said whether he'll be allowed in the country. Mohamed Nureldin Abdallah/Reuters/Landov hide caption 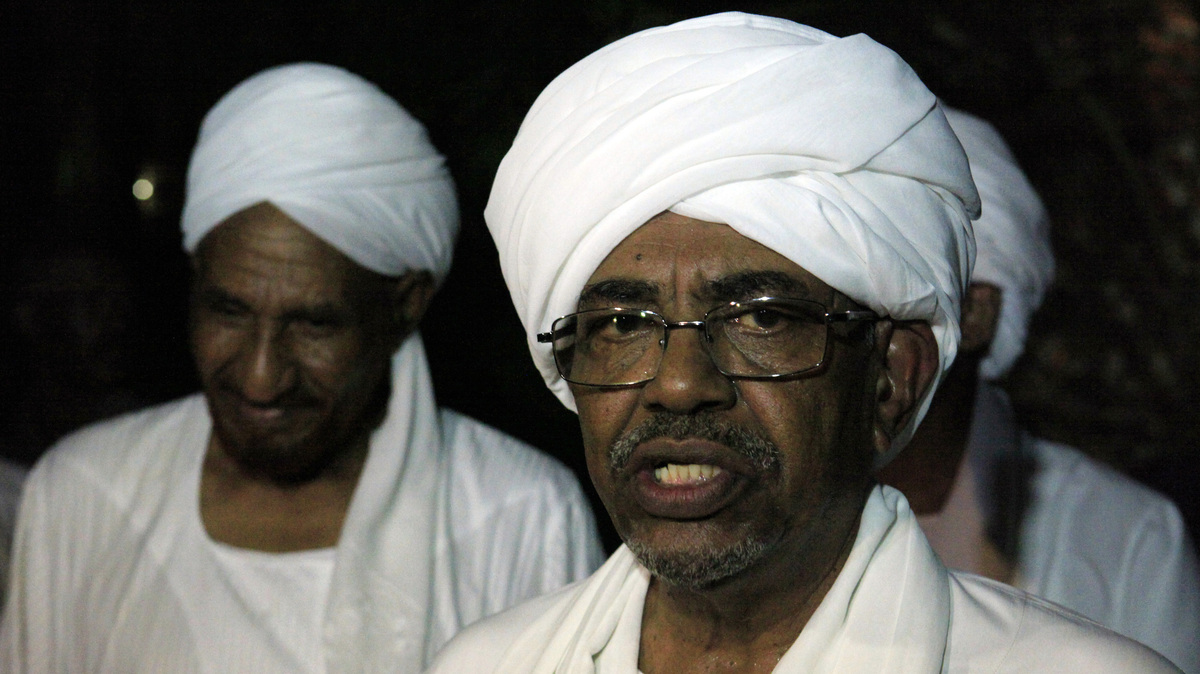 Sudan's President Omar al-Bashir, who faces genocide charges, has applied for a visa to come to the U.S. for the annual United Nations General Assembly next week. The U.S. has not yet said whether he'll be allowed in the country.

As the host of the United Nations, the U.S. is supposed to let everyone come to the annual U.N. General Assembly, not just the people it likes.

But this year, the proposition is being put to the test. Sudan's president, Omar al-Bashir, was indicted three years ago by the International Criminal Court on genocide charges stemming from the mass killings in Sudan's western Darfur region.

Bashir has also applied for a visa to the U.N. meetings next week.

"Such a trip would be deplorable, cynical and hugely inappropriate," says Samantha Power, the U.S. ambassador to the U.N.

The State Department hasn't yet made a decision, and officials say they are considering many factors, including the outstanding warrant against him.

These are new legal waters, says Northwestern University's David Scheffer, a former U.S. ambassador at large for war crimes issues, who helped negotiate the treaty that set up the ICC.

"What some people might regard as odious characters certainly [have] appeared on the podium," Scheffer says. "But we have not had an indicted war criminal do so. That changes the game."

World leaders are entitled to diplomatic immunities while at the U.N., but Scheffer says there are conflicting laws and treaty obligations to work through.

He thinks there are ways for U.N. Secretary General Ban Ki-moon to deny Bashir access or for the U.S. to arrest him.

One option is a U.N. Security Council resolution that requires Sudan to cooperate with the International Criminal Court.

"The mere fact that President al-Bashir is seeking to travel to New York, with or without a visa, is an act of noncooperation with the ICC because the only plane he should be getting on is one to the Hague," says Scheffer.

The U.N. secretary general is urging Bashir to surrender to the ICC in the Hague. And if he does show up in New York, U.N. member states and employees are being told to limit their contacts with him.

Briggite Suhr, who is with the Coalition for the International Criminal Court, an advocacy group, says that could be embarrassing for the Sudanese leader.

Scheffer says the U.S. and U.N. should make all of this clear to Bashir to dissuade him from coming, rather than, as some suggest, lure him to New York to arrest him.

"That would be a very, shall we say, devious strategy on the part of both the U.S. and U.N. and might backfire politically, particularly in Africa, if they were to do that," he says.

The ICC is already facing a lot of criticism from African countries that feel they are unfairly singled out. Kenya, for one, is threatening to pull out. Its new president, Uhuru Kenyatta, is accused by the court of orchestrating the deadly violence after the 2007 election, an allegation he denies.

Suhr, of the coalition for the ICC, says the Kenyan issue and, in a different way, Sudan, puts the ICC in an awkward spot.

"It's one of those uncomfortable realities of how [the ICC] is situated in the world. It doesn't control what happens at the U.N. in that way. It doesn't have its own police force," she says. "It understands the existence of diplomatic immunity at the U.N. and it understands that it kind of sits at that crossroads."

She's encouraging the U.S. and the U.N. to look into legal alternatives. Perhaps, she says, a country could arrest him in transit on his way to or from the U.N.