Accessibility links
Brazilian President Lashes Out Over U.S. Spying : Parallels Dilma Rousseff had already called off a high-profile visit to Washington. Speaking at the U.N., she accuses the U.S. of violating Brazil's sovereignty with its spying programs. 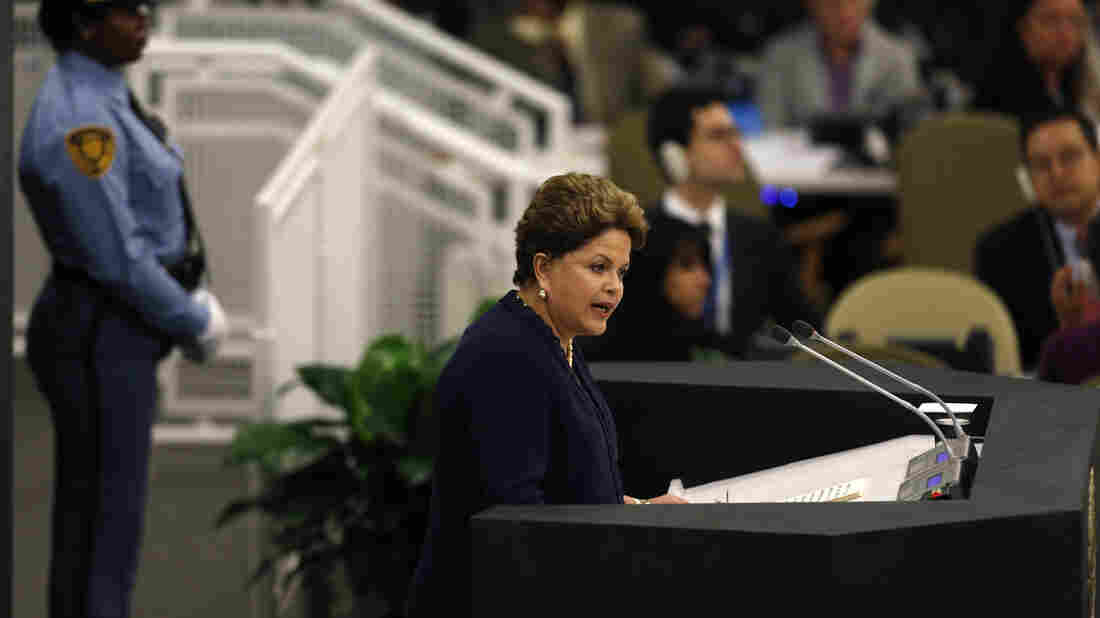 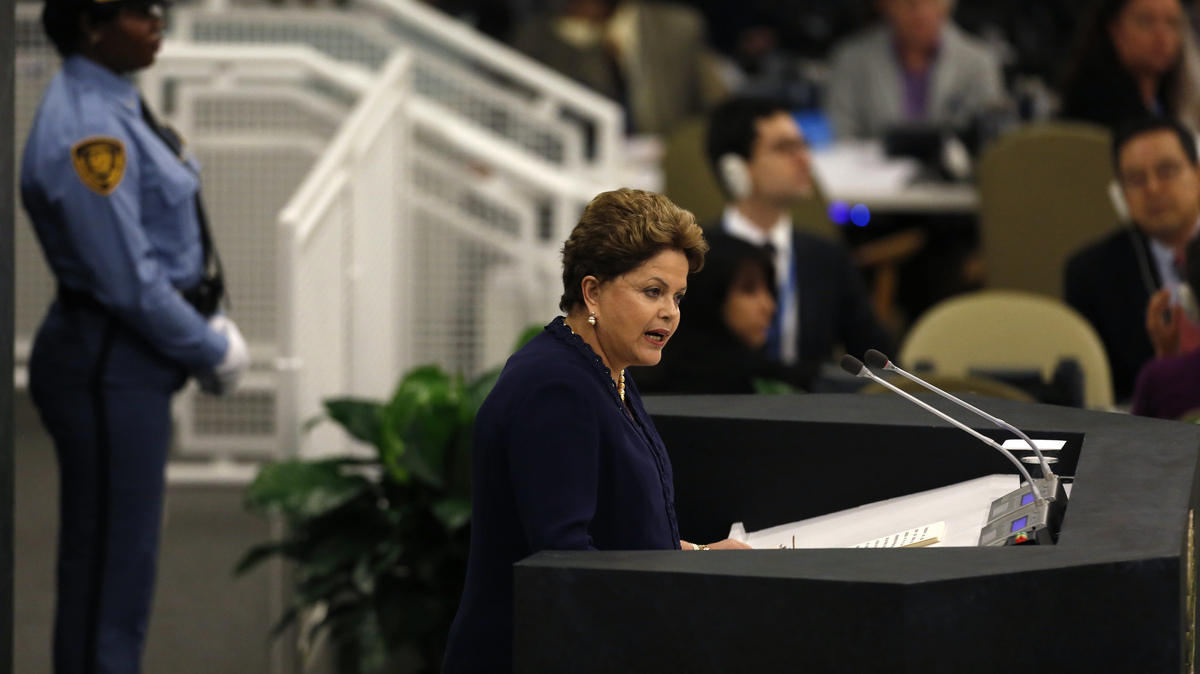 President Dilma Rousseff of Brazil was so angry about reports that the National Security Agency was spying on her and others in her country that she recently called off a high-profile visit to the U.S.

The Brazilian leader was still in a fighting mood Tuesday as she used her speech at the United Nations General Assembly to deliver a broadside against U.S. spying. She also called for civilian oversight of the Web to ensure the protection of data.

"Tampering in such a manner in the affairs of other countries is a breach of international law and is an affront to the principles that must guide the relations among them, especially among friendly nations," she said.

"The right to safety of citizens of one country can never be guaranteed by violating fundamental human rights of citizens of another country," she added. "The arguments that the illegal interception of information and data aims at protecting nations against terrorism cannot be sustained."

As Eyder Peralta over at our Two-Way blog has noted, President Obama spent time during the G-20 summit in Russia earlier this month trying to smooth relations with Brazil. Obama told her at the time that the U.S. relationship with Brazil was "very important."

Revelations about the U.S. spying came in a series of stories published by journalist Glenn Greenwald in Brazil's O Globo newspaper.

The stories detailed NSA spying on Brazilian citizens and companies as well as political leaders, including Rousseff. Brazilians reacted with anger.

As NPR's Lourdes Garcia-Navarro said at the time Rousseff postponed her trip:

"Brazil has reacted a lot more strongly to the spying scandal than other countries who've been implicated, like Mexico, Colombia. There's a couple of reason for this. First off, issues of sovereignty. Brazil takes this extremely seriously. Brazil has a massive economy, a growing political clout in the world stage, aspirations, for example, for a seat at the U.N. Security Council.

"And you also have to remember the U.S.'s long history in the region of bloody intervention. And so, any act of perceived American overstepping is taken very seriously. But of course there are always domestic politics at play and Dilma's position has been precarious since protests swept Brazil over the summer. Her approval ratings have nose-dived, and, yes, there is an election coming up."

The allegations about the NSA's spying activities have created ripples far beyond Brazil. Documents released by former NSA contractor Edward Snowden indicated the agency was also spying on the U.N. as well as U.S. allies in the European Union.