Accessibility links
Is Iran's Leader Sincere? : Parallels Hasan Rouhani spoke of moderation and said Iran was willing to talk to the West about its nuclear program. The U.S. and its European allies have reacted with cautious optimism, but not everyone is buying the new Iranian leader's charm offensive. 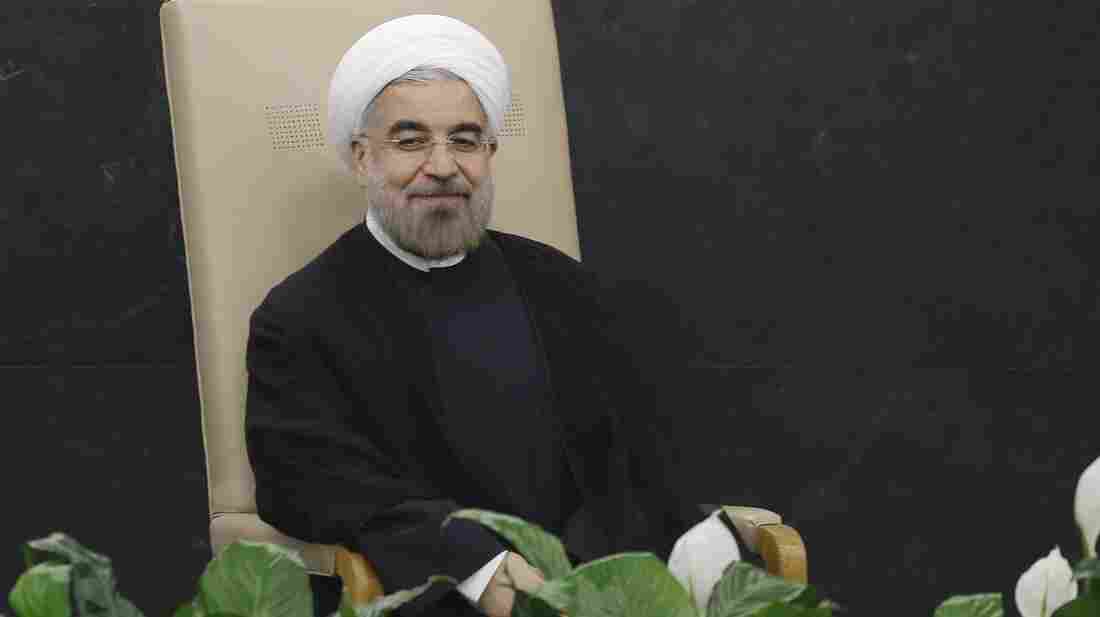 Much To Smile About? Iranian President Hasan Rouhani prepares to address the 68th session of the U.N. General Assembly on Tuesday. Frank Franklin II/AP hide caption 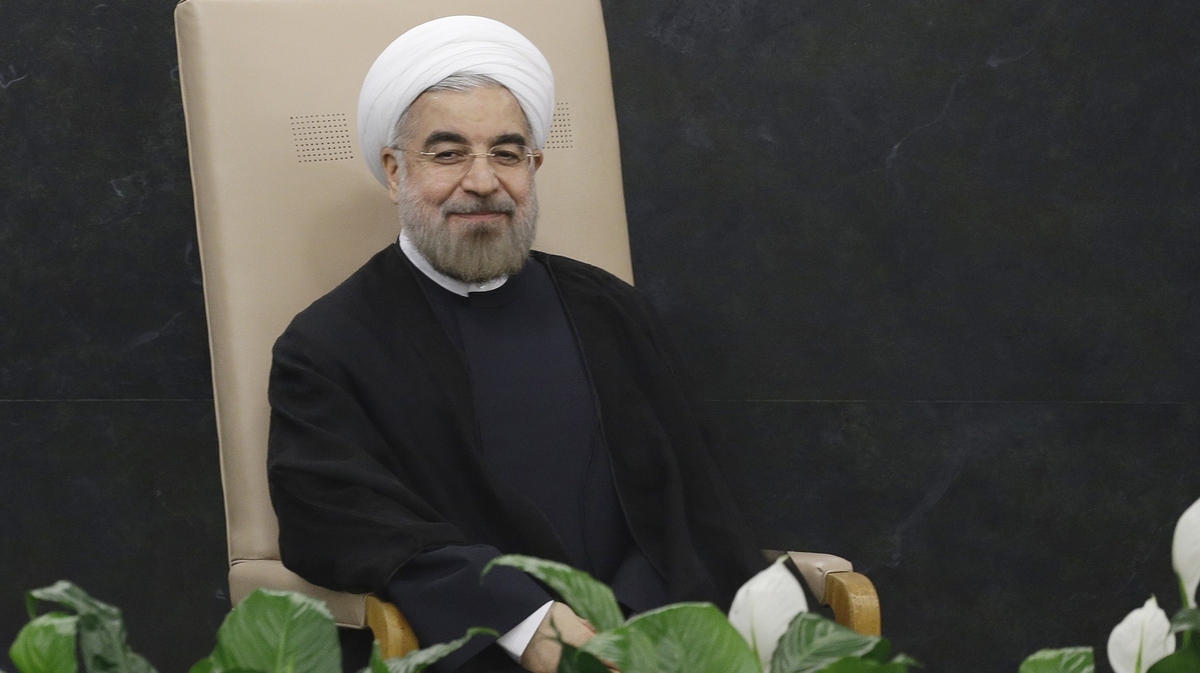 Much To Smile About? Iranian President Hasan Rouhani prepares to address the 68th session of the U.N. General Assembly on Tuesday.

In keeping with his image as a moderate, Iranian President Hasan Rouhani brought his charm offensive to the United Nations this week and held out the possibility of improved relations with the U.S. after more than three decades of hostility.

Diplomacy With Iran: Deja Vu All Over Again?

The Elusive Quest For An Iranian Moderate

So how is the world responding?

Karim Sadjadpour, an Iran expert at the Carnegie Endowment for International Peace in Washington, told The Associated Press that he did not think Rouhani's speech was conciliatory. But given the confrontational rhetoric of the previous Iranian president, Mahmoud Ahmadinejad, "in contrast [Rouhani] certainly appears as a moderate."

Leslie Gelb of the Council on Foreign Relations says the opportunity with Rouhani may be the last chance for the two countries to try diplomacy. He writes in the Daily Beast that the U.S. should allow limited uranium enrichment in Iran, backed by a stringent mechanism of inspections.

"As for more highly enriched uranium in Iran's stockpile, that would have to be dispatched to other countries and made into harmless medical devices. This arrangement would give Tehran a very limited capacity to jump to nuclear weapons, and certainly leave them further from a bomb than the current path. And don't forget that even if the U.S. struck Iran's nuclear facilities, it wouldn't take them long to rebuild them.

"In return, Washington would gradually lift sanctions. Obviously, no sanctions would be lifted until Iran takes concrete actions. And it should be understood by Americans and others that if Tehran violates terms, sanctions can and would be readily reimposed.

"Second, and equally critical, Washington and Tehran would also begin intensive discussions on Afghanistan, Iraq, Hezbollah, Hamas, Syria, and Israel. This is essential because both sides should realize that whatever sound arrangements they might make on nuclear issues could easily collapse over explosions in any of these regions. These hot spots are simply too hot.

"To kick this all off, Obama should propose immediate bilateral talks on mutual security concerns. Tehran would explain what we're doing that troubles them and vice versa. These talks should quickly morph into nuclear and regional negotiations."

British Deputy Prime Minister Nick Clegg told NPR's Morning Edition that negotiations should be pursued if they settle questions about the Iranian nuclear program. He said:

"I certainly don't think it would be right for us to sort of just ignore that President Rouhani is striking a very different tone, appears to be reaching out. Of course ... one always needs to be cautious ... but I think we would be unwise not to explore and explore seriously what Iranian intentions are. In a sense, however, the ball quickly then returns to the Iranian court and they have to show that they are prepared to follow up words with actions, and that's what the next step of the diplomatic process is all going to be about."

French President Francois Hollande, the first Western leader to meet with Rouhani, told reporters that the Iranian president's words must be turned into deeds.

"I accepted to dialogue with President Rouhani because he himself took a stance of opening, and he made a number of statements that could be useful development in the region," Hollande said through an interpreter.

But not all U.S. allies were so optimistic. Israel, which views Iran's nuclear program as an existential threat, struck a discordant tone.

Prime Minister Benjamin Netanyahu said the world must not be fooled by Rouhani's outreach.

"We've anticipated ever since Rouhani's election that there would be American dialogue with Iran," a senior Israeli official taking part in the annual U.N. forum told Reuters. "Our goal is to ensure that these talks, if they happen, are matched with action, and soon. The Iranians are smiling, but they're still cheating, and that has to be exposed."

Israel boycotted Rouhani's speech — a move criticized by some officials in the country.

"We have to let the Iranians be the ones refusing peace and not appear as if we are not open to changes," Finance Minister Yair Lapid said.

Israel and critics of rapprochement with Iran have pointed not only to the country's program but also to its role in supporting Syrian President Bashar Assad in that country's civil war. Iran also backs the Shiite militant group Hezbollah in Lebanon. Any talks with Iran are likely to include all these issues.

For now, Rouhani appears to have the support of Iran's supreme leader, Ayatollah Ali Khamenei. He's the man who has final say on all important Iranian issues, including the country's nuclear program. But there are dissenters, too — especially among the country's hard-line media.

Reuters quoted an opinion piece in the newspaper Kayhan that said a handshake between Rouhani and Obama was "forbidden fruit." The news agency also quoted Sadeq Larijani, the head of the country's judiciary, saying Iran would not relinquish its right to enrich uranium.

Iran insists its nuclear program is for energy purposes only. But the U.S. and other Western countries believe Iran is seeking to develop a weapons capability.