Accessibility links
Even As It Criticizes The U.N., The U.S. Relies On It, Too : Parallels President Obama and other American officials have expressed doubts about the U.N.'s ability to get things done. But this week, the U.S. has gone to the U.N. to address its two most pressing diplomatic challenges — Syria and Iran. 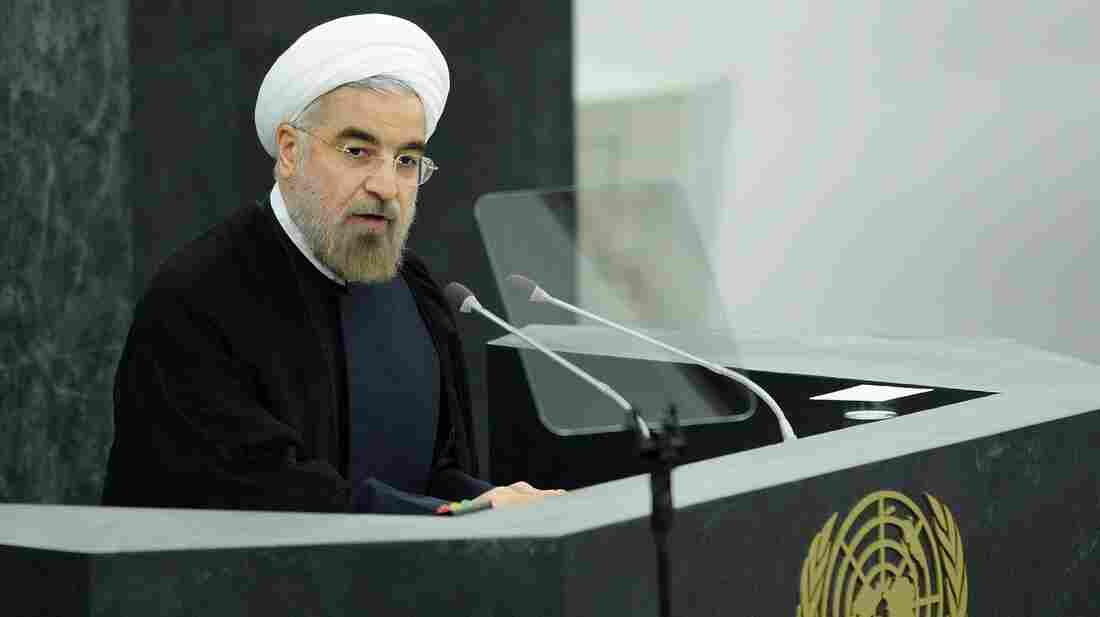 Iranian President Hasan Rouhani speaks at the United Nations on Tuesday. The U.S. and Iran are taking part in talks Thursday, looking for a possible breakthrough after years of negotiations on Iran's nuclear program. Stan Honda/AFP/Getty Images hide caption 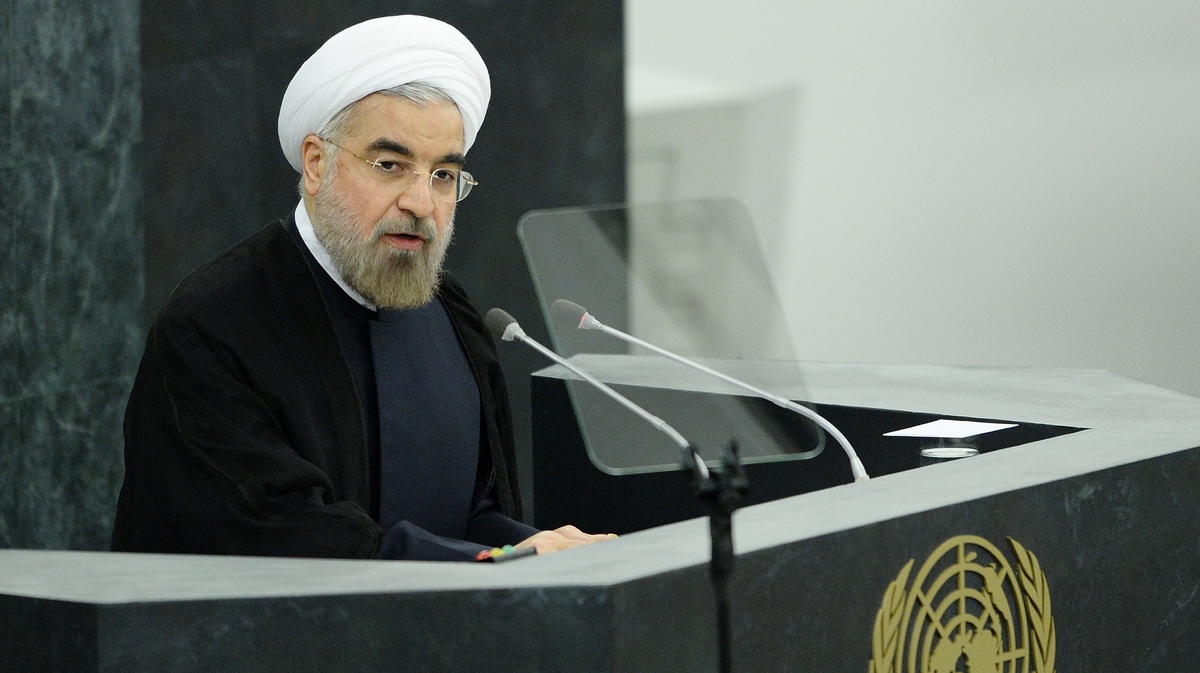 Iranian President Hasan Rouhani speaks at the United Nations on Tuesday. The U.S. and Iran are taking part in talks Thursday, looking for a possible breakthrough after years of negotiations on Iran's nuclear program.

The United Nations has never been a model of efficiency. Critics denounce it as a pointless talking shop. President Obama and his U.N. ambassador, Samantha Power, have expressed reservations, if not outright frustration, with the world body.

Yet as the U.N. General Assembly holds its annual session, the U.S. has gone to the U.N. to address its two most pressing diplomatic challenges — Syria and Iran.

The U.S. hopes to secure a resolution within days that would set a timetable for dismantling Syria's chemical weapons program. A key meeting on Iran's nuclear program is taking place Thursday amid an improved atmosphere between the longtime adversaries.

So from the U.S. perspective, is the United Nations more likely to be a vehicle for — or an obstacle to — resolving international conflicts?

A Test On Syria

In his U.N. speech Tuesday, Obama said Syria's chemical weapons program and its civil war are a test for the world body. 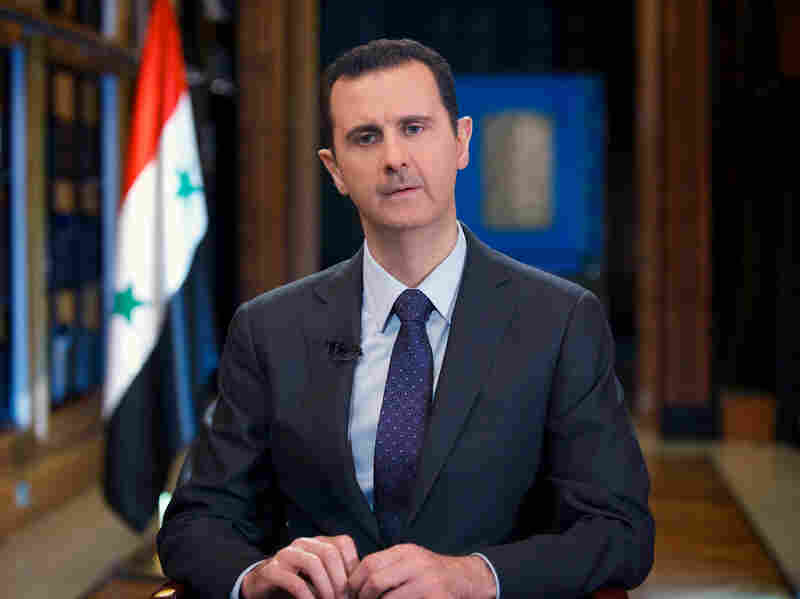 Syrian President Bashar Assad speaks during an interview on Wednesday.The U.S. is pushing for a resolution this week that would require Assad to dismantle his chemical weapons. AP hide caption 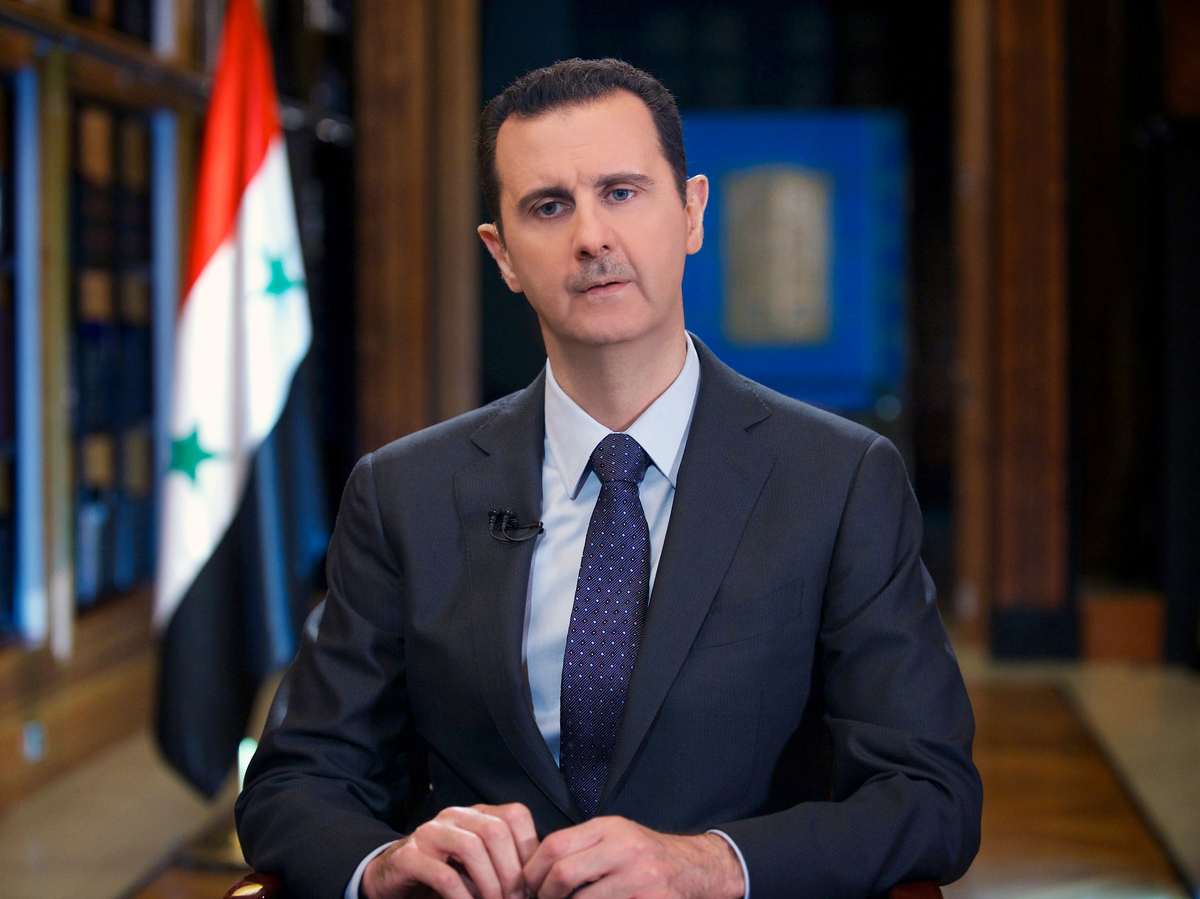 Syrian President Bashar Assad speaks during an interview on Wednesday.The U.S. is pushing for a resolution this week that would require Assad to dismantle his chemical weapons.

"A failure to act aggressively on the Syrian issue will show the U.N. is incapable of enforcing the most basic international laws," the president said.

The president's challenge comes just a few short weeks after he was threatening to launch a missile strike against Syria for its alleged use of chemical weapons. But as he struggled to build support at home and internationally, Obama has focused on a U.N. resolution.

U.S. and Russian diplomats recently agreed on a basic framework, but they have very different views on how to enforce a deal. The United States wants military force as a clear option if Syria fails to comply. Russia, which has veto power on the Security Council, opposes the threat of force.

A compromise is under discussion, but there's also skepticism over Syrian President Bashar Assad's willingness to comply. Many feel he could slow-walk any agreement and drag out the process while the war in his country rages on.

Madeleine Albright, former U.S. secretary of state and ambassador to the U.N., said the U.N. is the preferred way to go — but not the only way.

"I think the United Nations has an awful lot to offer, but there clearly are times when it seems stuck," Albright told NPR's Morning Edition. "If the United Nations and the Security Council can't act on [the Syrian] issue, it does make itself irrelevant on that particular issue."

Albright noted that in 1999, when she was America's top diplomat, the U.S. faced a standoff with the Russians over Kosovo, where Yugoslav forces were battering Kosovo Albanian rebels.

With a deadlocked Security Council, the U.S. went to NATO, where America and its allies agreed to a bombing campaign that lasted 78 days and eventually drove out the Yugoslav troops. Kosovo eventually won independence in 2008.

"The system said that what we did there was not legal, but it was right," Albright said. "I have always believed that we are better off doing something multilaterally rather than unilaterally. But there are other ways to kind of figure this out and get it out of the cul-de-sac of the Security Council."

A Possible Opening With Iran

Iran's new president, Hasan Rouhani, has been the most closely watched world leader at the United Nations this week as he raised the possibility of a breakthrough after years of international stalemate over the country's nuclear program.

"There is no issue or topic that cannot be resolved with hope, moderation, mutual respect and rejection of violence," Rouhani said at the U.N. on Tuesday.

There are doubts about how far Rouhani is willing, or able, to go to forge a nuclear deal. His charm offensive, some skeptics say, has more to do with the Western sanctions that are squeezing Iran.

If negotiators secure a solid deal in the near future, it would point to the wisdom of patient, multilateral diplomacy that can take years to bear fruit. But another failed round of talks could be seen as playing into the hands of an Iran that seeks to buy itself more time and extend the negotiations endlessly.

Two years ago, this debate centered on a possible U.S. or Israeli strike against Iran's nuclear facilities.

For now, that option is not on the table and the U.S. will be testing Rouhani's intentions through the U.N.

Thursday's talks with Iran are part of the ongoing negotiations that involve the five permanent members of the Security Council (U.S., Russia, China, Britain and France) as well as Germany. And the inspections to monitor Iran's nuclear program are carried out by the U.N. International Atomic Energy Agency.

Ryan Crocker, a former U.S. ambassador, met with senior Iranian officials in New York and said he came away believing the U.S. should pursue the diplomatic course even though there's no guarantee of a breakthrough.

"You make peace with your adversaries, not with your friends," Crocker told Morning Edition. "Iran has been an adversary, but I do believe it is possible to come to an accommodation. It can be done."