Accessibility links
Two Young Girls, A World Apart, United By Twin Tragedies : Parallels For best friends — one in Washington, D.C., the other in Nairobi — communications bring quick comfort in the globalized world, where both the malls and the random gunmen are all too familiar. 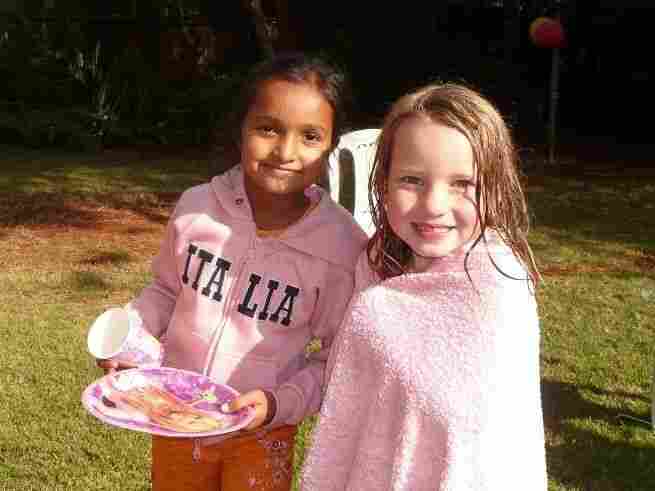 The author's daughter, right, with her friend Banita. The two girls lived next door to each other in Nairobi. Courtesty of David McGuffin hide caption 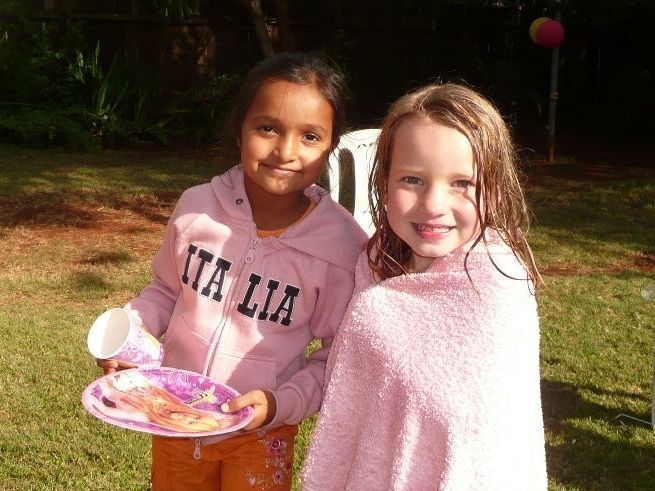 The author's daughter, right, with her friend Banita. The two girls lived next door to each other in Nairobi.

When the Navy Yard mass shooting took place in Washington on Sept. 16, my 10-year-old daughter got a one line e-mail from her best friend in Nairobi, where we used to live. It read: "r u ok."

Her friend Banita had seen the news on television in Kenya. She was worried. My daughter wrote back that she was fine. We now live in Washington, but miles away from the site of the latest mass killing here in the U.S.

In this globalized world, communications can bring quick comfort.

Just five days later, on Sept. 21, it was our turn to write: "We've just heard the horrible news from Westgate. We hope you are safely away from there. So incredibly sad and awful."

We'd lived in Nairobi for six years, until 2010. Banita's family lived next to us. Our homes were about two miles from the Westgate Mall. We went there often.

Nairobi is one of the most modern African cities, with decent infrastructure. But when Westgate opened in 2007, four stories of high-end stores, multiplex theaters, a casino, the ante had clearly been upped significantly.

"It's like America," my son, then 7, said wide-eyed, on our first visit there.

It was like upscale malls in lot of places, Dubai and Shanghai also came to mind. Nairobi felt like it had arrived, finally hooked into the globalized world.

But the two recent shootings, in Washington and Nairobi, reminded us that a globalized world is a place where more than just the malls seem familiar. So is violence. It is a world where armed gunmen, pick off innocent people with randomness and precision.

Banita's mother wrote back. They were OK. They had planned to go to Westgate for lunch that day. Their daughters had taken a long time getting ready. By the time they arrived at the mall, the shooting had started. So they had turned around and gone home.