Accessibility links
A History Of Love Gone Wrong, All In One Croatian Museum : Parallels From furry handcuffs to a toy bunny that a couple once shared, the Museum of Broken Relationships is filled with artifacts of romances that didn't quite work out. 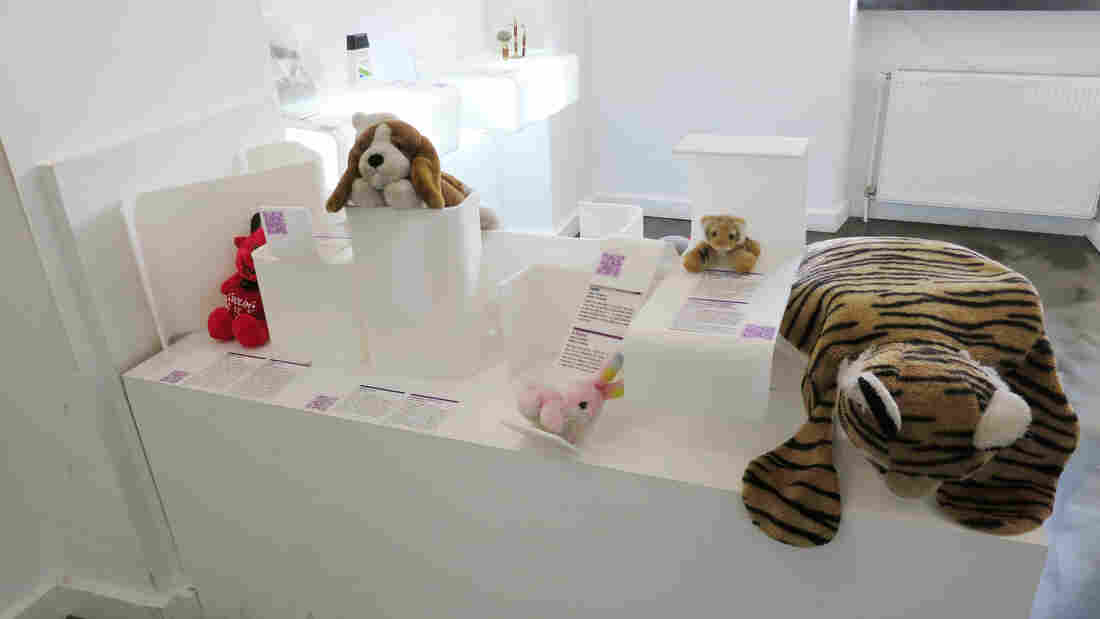 At the Museum of Broken Relationships in Zagreb, Croatia, each item is accompanied by a story from the donor on how a romance fell apart. Sean Carberry/NPR hide caption 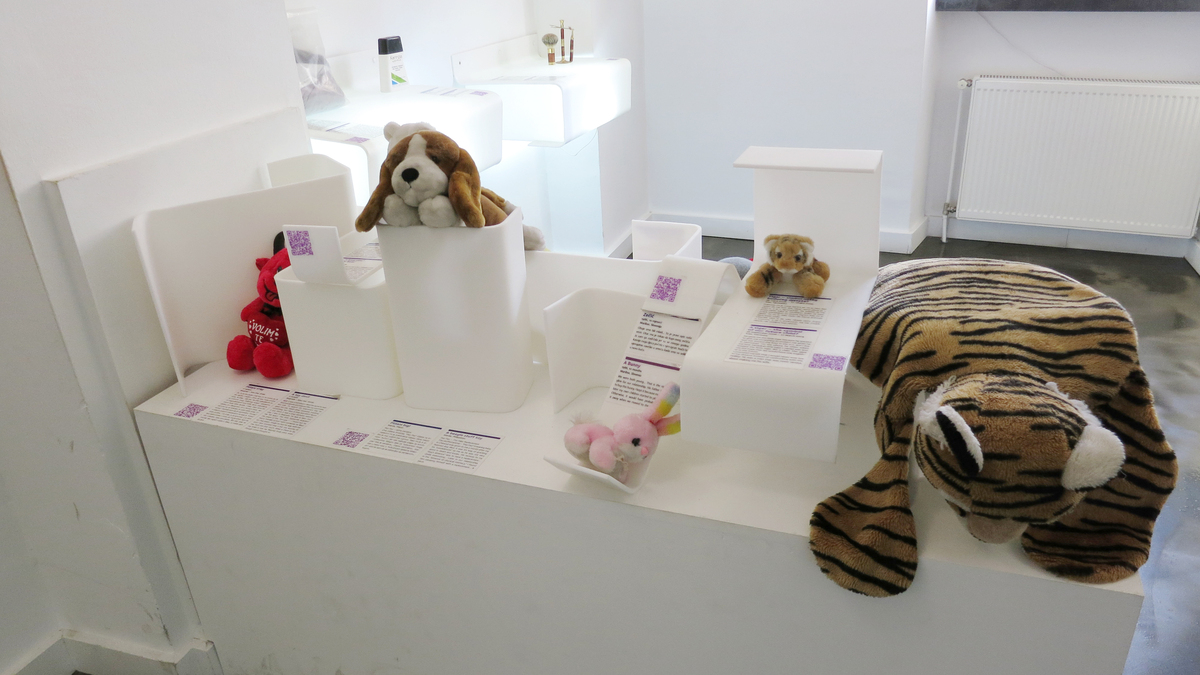 At the Museum of Broken Relationships in Zagreb, Croatia, each item is accompanied by a story from the donor on how a romance fell apart.

I confess I'm not much of a museum tourist. On a recent visit to Croatia's capital, Zagreb, I strolled past three museums without feeling any urge to step inside. Then I came across one I just couldn't ignore: the Museum of Broken Relationships.

"It's a collection of objects donated by people who have broken up," says Drazen Grubisic, a co-owner of the museum. "Each item has an accompanying story."

Some are amusing, others sarcastic and a few are just plain heartbreaking.

The idea came out of his breakup with Olinka Vistica, who is the museum's other co-founder. As they were splitting up, they couldn't decide who should take possession of a toy bunny they shared.

So, they decided, why not create an art project to display the bunny?

They reached out to friends who donated items that were symbolic of their broken relationships. The initial, temporary display in 2006 was such a success that they traveled the world doing exhibitions.

In 2010, they set up the permanent museum in Zagreb. Now, they get more than 40,000 visitors a year at the only privately funded museum in the city. 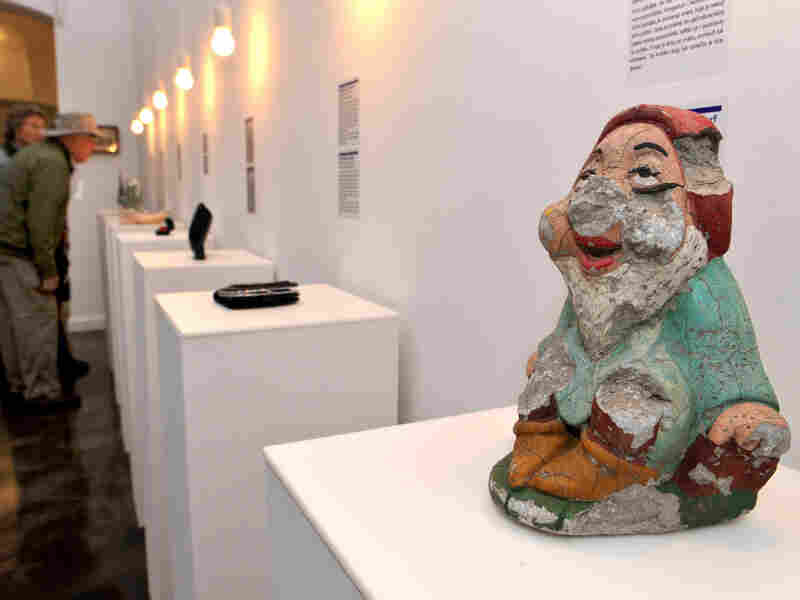 The items at the museum were donated by people who saw the artifacts as symbols of their broken relationships. The museum was founded by Olinka Vistica and Drazen Grubisic after they broke up. Hrvoje Polan/AFP/Getty Images hide caption 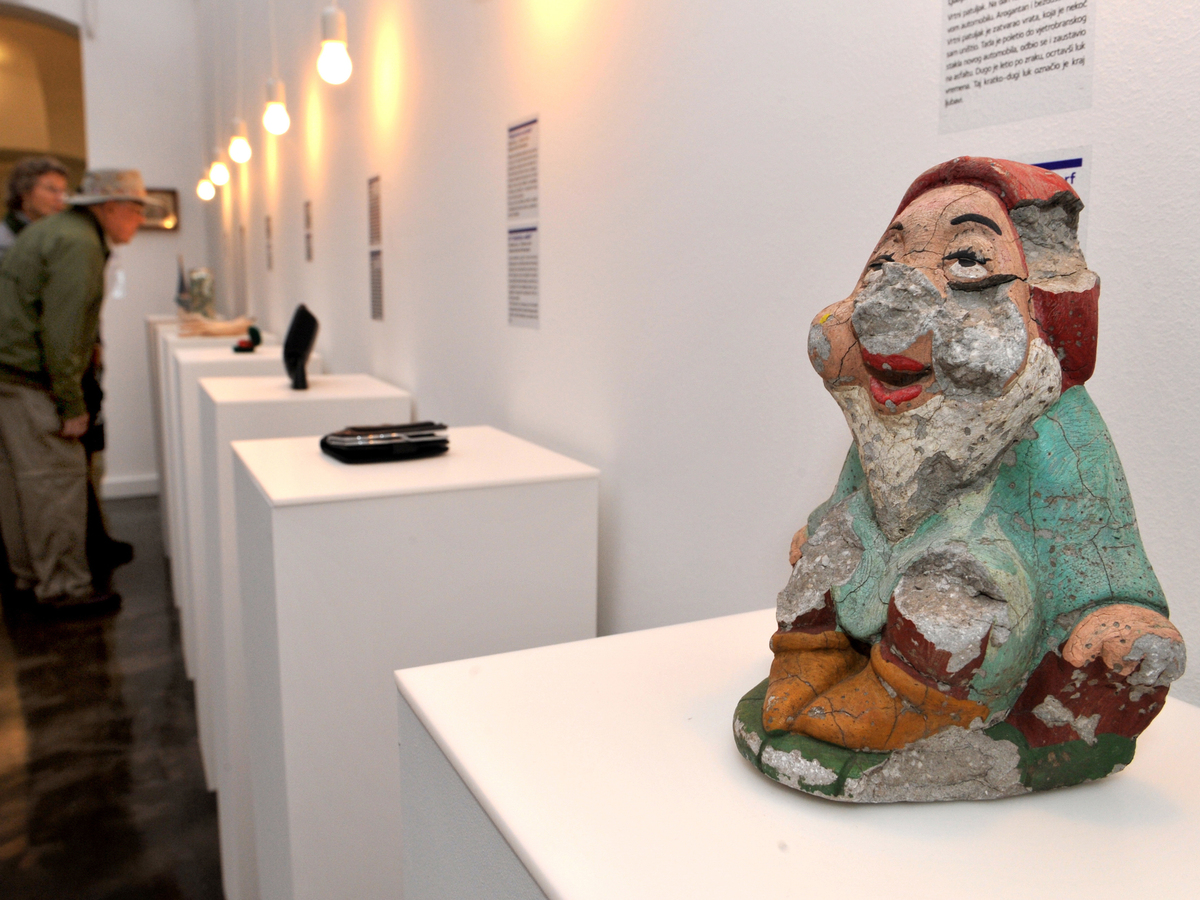 The items at the museum were donated by people who saw the artifacts as symbols of their broken relationships. The museum was founded by Olinka Vistica and Drazen Grubisic after they broke up.

"For me, the art in this is the way we display the stories," Grubisic says. "You start with the pretty funny ones, then you go down, then you go really deep down, and then you go up again, and so this roller coaster of emotions, that's actually what we play with."

He says the display is limited to around 100 items because they feel that more than that would dilute the impact. The walls are all white and the items rest on white pedestals. The lighting is subdued, and the atmosphere is serene and somewhat austere.

The first room is about casual or long-distance relationships that didn't work out, which includes a collection of airsickness bags.

The next room is called Whims of Desire. "It's about the objects that are left from this first phase of relationship when you're all into each other, and so it's pretty sexual stuff," says Grubisic.

There are things like furry handcuffs and a garter belt on display. The story with the garter belt reads, "I never put them on. Maybe if I had, the relationship would have lasted longer."

Then comes the room called Rage and Fury.

"Here we have items that are mostly torn and broken," explains Grubisic.

For example, there's a car mirror on display. A woman broke it off her boyfriend's car when she saw it parked in front of another woman's house.

"Later he came home saying some vandals demolished his car and so never knew it was her," Grubisic says.

There's also an axe that a jilted lover used to chop up the furniture of an unfaithful partner.

"In the 14 days of her holiday, every day I axed one piece of her furniture," the note reads. "I kept the remains there, as an expression of my inner condition. The more her room filled with chopped furniture acquiring the look of my soul, the better I felt."

The next room is about relationships that end in death, and features an old-fashioned, key-shaped bottle opener. The story reads: "You talked to me of love, gave me small gifts every day; this is just one of them. The key to the heart. You turned my head; you just did not want to sleep with me. I realized how much you loved me only after you died of AIDS."

A key with bottle opener, one of the items on display at the museum. Hrvoje Polan/AFP/Getty Images hide caption

A key with bottle opener, one of the items on display at the museum.

That room is followed by one called the Rites of Passage, which is mostly about weddings. There are photo albums, wedding gifts and a dress. There's also an iron with a note that simply says, "This iron was used to iron my wedding suit, now it's the only thing left."

"So, I guess the marriage didn't last long," Grubisic says with a laugh.

But the museum just might help some relationships survive, he says.

When couples arrive, they are usually not making physical contact, Grubisic says. But when they leave, "they always go out hugging and holding each other, like 'OK, this should not happen to us.' "

On the way out, people pass Nikolina Vulic, the events manager at the museum.

"Some people are smiling when [they] are coming out," she says. "And some people, you can see they are thinking about themselves and they are really a little bit confused when they are coming out, and you can also see tears in the eyes."

I ask her if she ever feels like a therapist — if people leaving the museum want to talk with her and share their feelings.

"This is a normal thing for us," says Vulic, "but mostly people are joking about it."

But, she says, some people do need hugs.

"Sometimes there's hugging, yeah, that's a part of the job," she says laughing.

Entries in the guest book say things like, "Well done. From a woman recently 'set free' from a bad 25-year marriage," and "No museum has ever made me feel more connected to everyone else in the world before."

Daniella Lai, a visitor from Italy, said she didn't need a hug, but she was moved by the exhibit.

"I think it's really nice to see a museum that is about something alive and related to what we live every day and not just exhibits from centuries ago," she says.

Vulic says often visitors come to the museum in their wedding clothes because Zagreb's City Hall is just up the street. She laughs at the irony of people visiting the Museum of Broken Relationships immediately after getting married.