Accessibility links
Asian Allies' Anxieties Rise Amid Washington Paralysis : Parallels President Obama cancelled a planned trip to Asia this week to deal with the political crisis at home. That's disappointed — even worried — some of America's friends in the region who are counting on the United States to stand up to an increasingly assertive China. 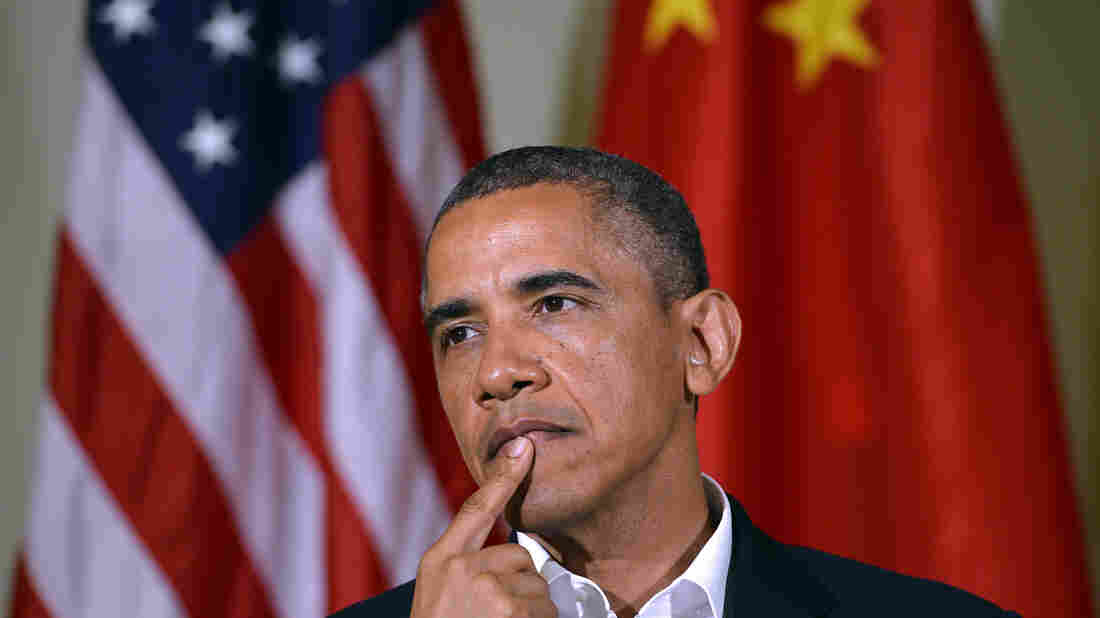 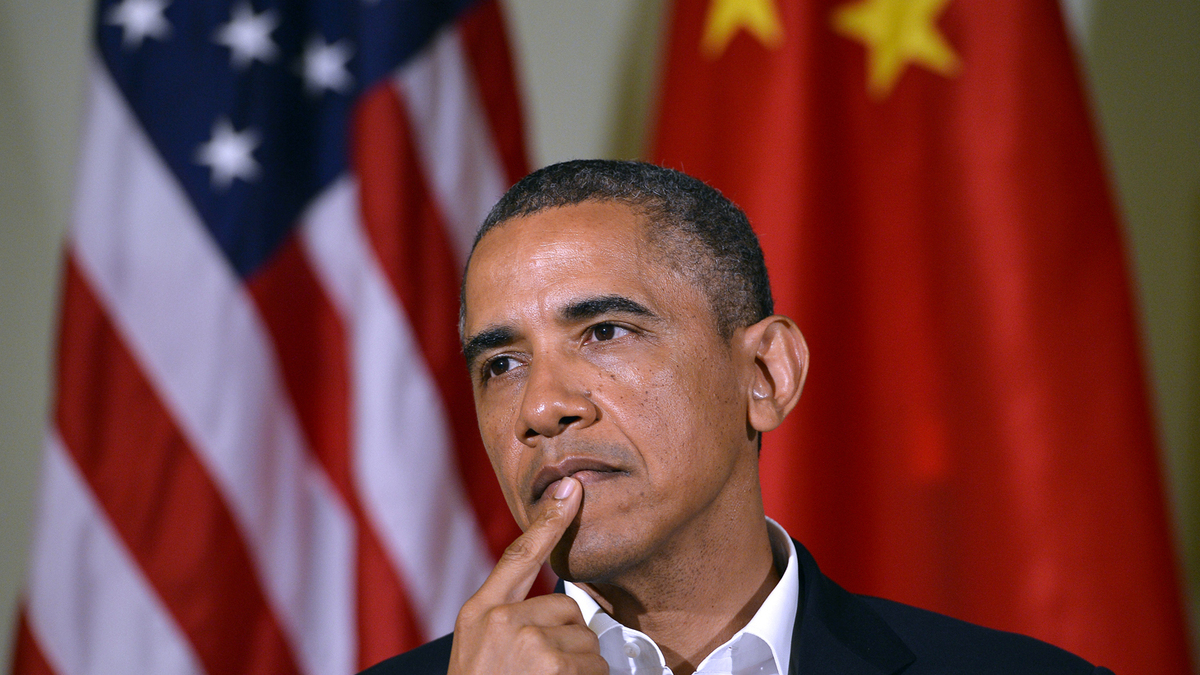 President Obama listens as Chinese President Xi Jinping answers a question after a bilateral meeting in California on June 7.

The partial shutdown of the U.S. government has all sorts of costs — not only in the United States, but also overseas. President Obama had to cancel a trip this week to visit four nations in Asia so he could stay in Washington to deal with the political crisis. That has disappointed — even worried — some of America's friends in the region, who are counting on the United States to stand up to an increasingly assertive China.

The disappointment over the president's no-show in Asia was palpable.

"Obama's inability to come has just deepened anxieties of allies in the region," says Richard Heydarian, a foreign policy adviser to the Philippine Congress.

Simon Tay, who chairs the Singapore Institute of International Affairs, a think tank, puts it this way: "It's the worst thing that could happen for perhaps the worst reasons."

After two wars and a financial crisis at home, Obama pledged to rebalance — or pivot — American foreign policy toward Asia, which is becoming the world's economic center of gravity. But given the country's fiscal problems, there have been concerns about America's staying power.

Asian leaders hoped Obama would allay those worries this week in speeches in the region. Instead, his cancellation, while understandable, only raised more questions. Huang Jing, a political scientist at the National University of Singapore, says not coming to Asia just doesn't look good.

"People are going to say: 'Oh, you can't even put your own house in order, how can you take care of Asia-Pacific?' " says Huang.

Worse, the shutdown has become a source of humor. Heydarian says it was a punch line at a current affairs forum in Manila on Monday.

"They were all making jokes and quips about America," he says. "They were saying, 'Do Americans even have enough money to sustain their own state operations? Can they be a functional state to begin with, never mind them being a superpower?' "

For the Philippines — a close U.S. ally — declining American power is nothing to laugh about. The country is locked in a David-and-Goliath dispute with China over islands in the South China Sea. China has been trying to isolate the Philippines diplomatically, and Manila is hoping the U.S. will back it up.

With Obama in Washington, Chinese President Xi Jinping has had the stage in Asia to himself. He spoke at the Asia-Pacific Economic Cooperation — or APEC — meeting in Indonesia, which Obama had planned to attend.

"Which is ironic, because in the last 10 years, Indonesia has become a compelling story for democracy," Tay says. "Rather than having the U.S. leader addressing that joint house, it has been the Chinese."

U.S. Secretary of State John Kerry has come to Asia in Obama's place and will head to the Philippines later this week. At a speech at APEC Monday, he opened with a joke.

Kerry then insisted the political stalemate at home had no bearing on America's commitments in the region.

"No one should mistake what is happening in Washington as anything more than a moment of politics," he said.

Ernie Bower, who chairs Southeast Asia studies at the Center for Strategic and International Studies in Washington, says despite concerns in the region, the United States can and should become more engaged in Asia.

"For one, the geopolitical math is compelling," says Bower. "Asia is where the majority of our trade is coming from. It's the largest growth region in the world."

And for all the gloomy talk, the U.S. is still the world's dominant military power. Bower thinks America's engagement in Asia ultimately depends on political will. If Obama can make it back to the region on another trip, it would probably go a long way.