Accessibility links
After Boat Tragedy, Calls For A Unified European Policy : Parallels The shipwreck off the Italian coast has drawn attention to the thousands of asylum-seekers who try to enter Europe by boat each year. The case has led to calls for a Mediterranean-wide search and rescue mission to intercept boats carrying migrants. 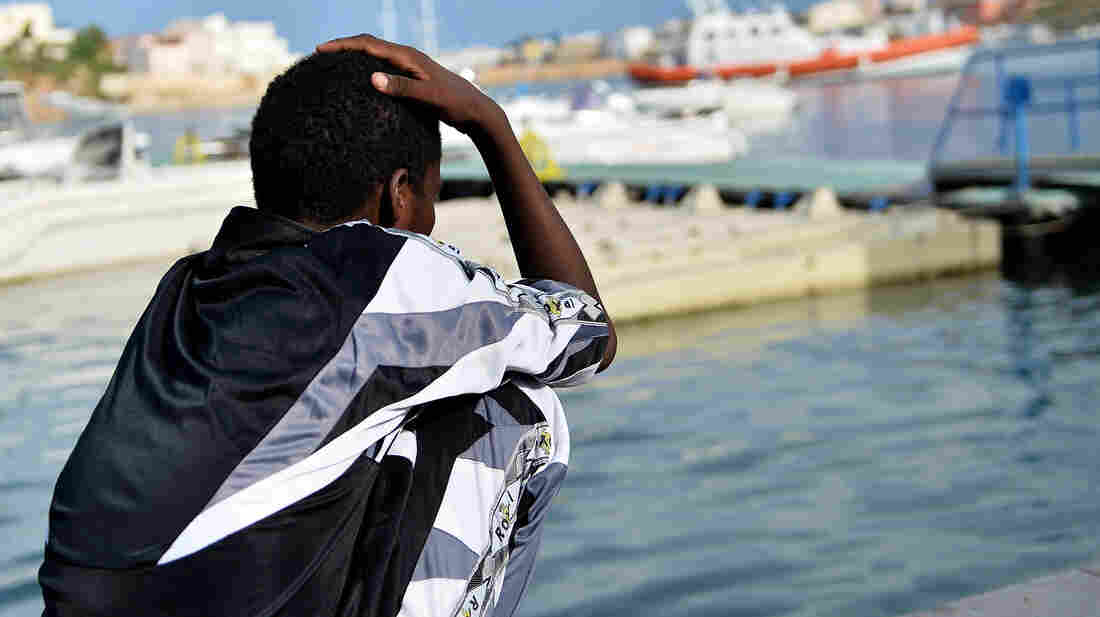 A survivor of the shipwreck of migrants off the Italian island of Lampedusa looks out over the water Tuesday. The tragedy has bought fresh questions over the thousands of asylum-seekers who arrive in Europe by boat each year. Tullio M. Puglia/Getty Images hide caption 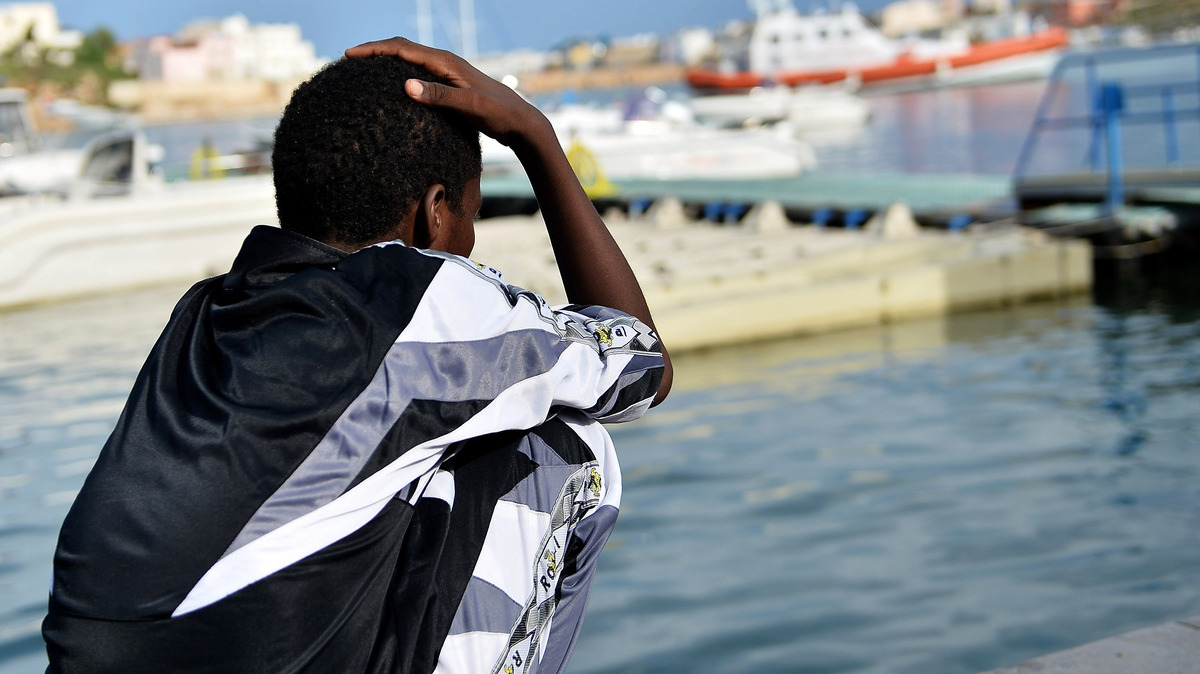 A survivor of the shipwreck of migrants off the Italian island of Lampedusa looks out over the water Tuesday. The tragedy has bought fresh questions over the thousands of asylum-seekers who arrive in Europe by boat each year.

Top officials are calling for a change to the European Union's immigration policies after a boat filled with African migrants caught fire and sank off the coast of the Italian island of Lampedusa on Oct. 4, killing hundreds.

Indeed, migrants try to enter Europe in similar boats through Spain and Greece, which, along with Italy, were hit hard by the global economic crisis.

The Lampedusa tragedy prompted the EU's Home Affairs Commissioner Cecilia Malmstroem to call for common European asylum policy. She said 90 percent of the bloc's asylum-seekers were taken in by 10 countries.

"That means that 17 countries could do much more," she said. The EU has 27 members.

Malmstroem wants a powerful, Mediterranean-wide search and rescue force that can find and intercept the migrant vessels in time to save lives. Here's more from Eleanor:

"The latest accident has highlighted the EU's underfunded border patrol agency, called Frontex ... Based in Warsaw, Frontex currently helps Italy intercept migrant boats, but has limited resources. The Mediterranean countries which bear the brunt of the migrant onslaught from Africa have appealed to the EU for more money. But northern nations say they already do enough by taking in a large proportion of the migrants. ... Malmstroem is also pushing for tougher measures to fight smugglers, partnerships with migrants' home countries and an increase in legal immigration quotas."

But as we've reported before, there's growing opposition to asylum-seekers across Europe at a time of economic hardship.

There's been a steady increase over the past year of migrants from North Africa and the Middle East reaching Italy. The U.N. High Commissioner for Refugees says more than 30,000 migrants reached Italy by boat between Jan. 1 and Sept. 30. Here's more from the BBC:

"The biggest groups were from Syria (7,500 in total), Eritrea (7,500) and Somalia (3,000). Both Syria and Somalia have been ripped apart by war, while in Eritrea thousands are either imprisoned on political grounds or face conscription into the army.

"Under international law refugees fleeing persecution have a right to asylum, but when hundreds of migrants come ashore the authorities have the difficult task of identifying the genuine asylum seekers. Often they lack papers to prove their nationality or place of origin.

"Lampedusa is overburdened with migrants — the island's normal population is just 6,000 and its migrant reception centre has a capacity of just 250. The capacity was reduced after a fire there in 2011."

More than 1,000 migrants live at the center now — and though they are supposed to stay at the center, authorities let them wander the island, the BBC reports.

But the issue of migrants resonates far beyond Europe's borders.

Nearly 1,000 people have died trying to reach Australia by boat over the past decade. In one recent case, as many as 50 people — many of them Lebanese — died in late September when a boat carrying asylum-seekers heading to Australia sank off the Indonesian coast.

The issue is a delicate one in the country. As we noted in August, it was a hot topic in the Australian elections. In the face of mounting opposition to asylum-seekers, then-Prime Minister Kevin Rudd announced that they would be housed in refugee-processing centers on Papua New Guinea.

But that decision didn't help Rudd. In last month's election, conservative leader Tony Abbott, who campaigned on reducing the number of asylum-seekers arriving in the country, won easily.

Indeed, as the Australian Broadcasting Corp. reported, Abbott's government was planning to return a group of asylum-seekers to Indonesia after rescuing them at sea. (ABC has a useful explainer on the legality of such a move.)

Migrants from Cuba and Haiti take to the seas to reach the U.S., but they can face different treatment.

Cubans who reach U.S. soil are allowed to stay, while those intercepted at sea are returned to Cuba or a third country under the so-called "wet-foot, dry-foot" policy. Many die while making the journey.

But this policy doesn't cover Haitians, who are sent back if caught. Still, many Haitians try — often with deadly consequences.

The flow of migrants across the southern border with Mexico has been the source of concern for years, and Congress has been reviewing the issue as part of possible comprehensive immigration legislation.

While the influx of migrants across the U.S.-Mexico border has fallen because of the recession, as well as better enforcement, the death rates among migrants are at an all-time high in the southern Arizona desert.

The Los Angeles Times noted that the deaths were due to exposure. Here's more:

"The deaths have likely increased because those who still choose to cross the border illegally are traveling for longer periods of time — mostly on foot — through more remote areas to avoid detection by border enforcement officials."