Accessibility links
Will A Pakistani Teenager Win The Nobel Peace Prize? : Parallels Malala Yousafzai has become a global icon since the Taliban shot her last year in an attempt to silence her advocacy for girls' education in Pakistan. Now the 16-year-old is a favorite for this year's Nobel Peace Prize, which will be announced Friday.

Will A Pakistani Teenager Win The Nobel Peace Prize?

Will A Pakistani Teenager Win The Nobel Peace Prize? 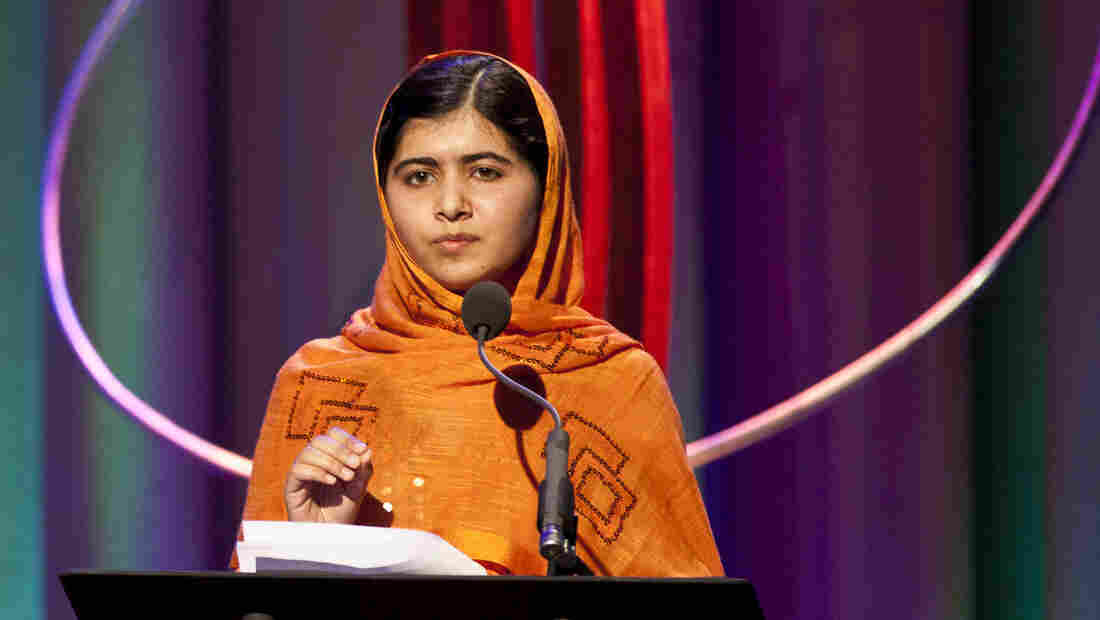 Malala Yousafzai, 16, speaks in New York last month. Yousafzai was shot a year ago by the Taliban for her outspoken advocacy in favor of girls' education in Pakistan. She is considered one of the favorites for the Nobel Peace Prize, which will be announced Friday. Ramin Talaie/Getty Images hide caption 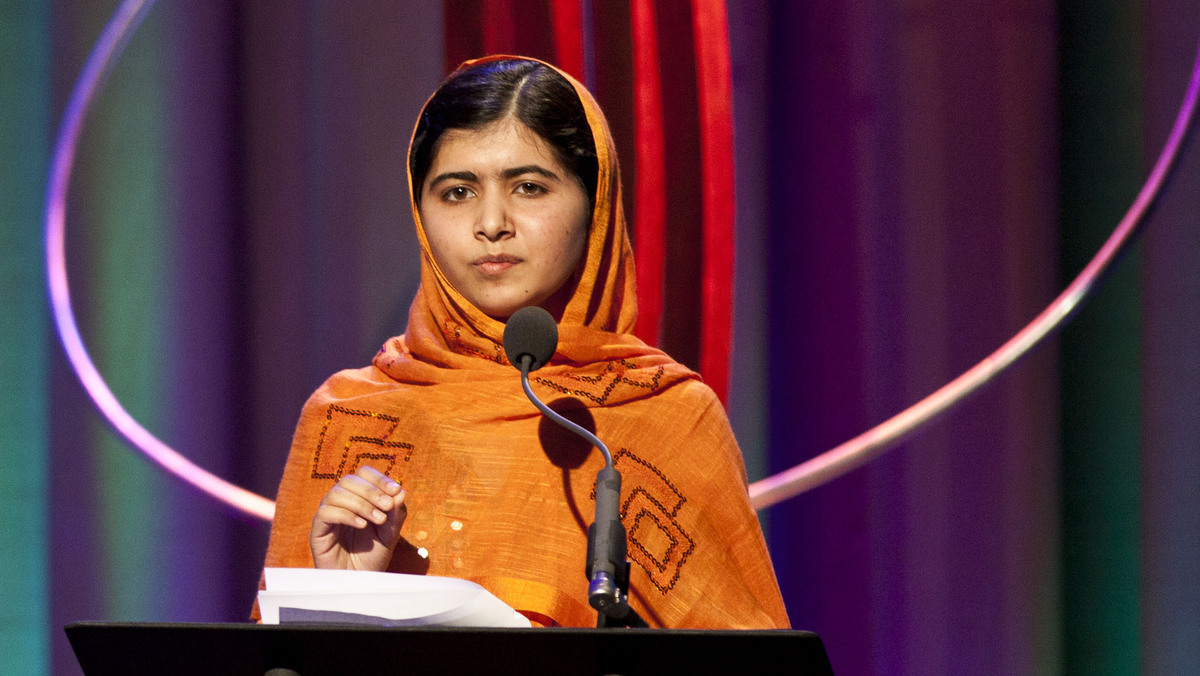 Malala Yousafzai, 16, speaks in New York last month. Yousafzai was shot a year ago by the Taliban for her outspoken advocacy in favor of girls' education in Pakistan. She is considered one of the favorites for the Nobel Peace Prize, which will be announced Friday.

It hasn't been a great year for peace. War is raging in Syria, grinding conflicts drag on in Afghanistan and Iraq, and assorted insurgencies plague nations from Asia to Africa.

Yet the Nobel Peace Prize will be announced Friday, and one of the favorites would be a striking choice: Malala Yousafzai, the 16-year-old schoolgirl who was shot by the Taliban last year for her outspoken advocacy of girls' education in her native Pakistan.

The Nobel prizes in the sciences often recognize a body of work that was decades in the making. In contrast, the Norwegian Nobel Committee that selects the Peace Prize winner seems less taken by lifetime achievement and often chooses an aspirational figure, someone who could potentially bring political or social change, even if it hasn't happened yet.

This approach, along with the vagaries of global politics, can lead to choices that don't always look so inspired in hindsight. Palestinian leader Yasser Arafat, much better known for fighting than peacemaking, was a co-winner of the prize in 1994. Mahatma Gandhi never won, despite being nominated several times.

British bookies, the media and others who handicap the peace prize have focused on Malala. A year ago, she was a student in a remote and dangerous corner of Pakistan. The Taliban shooting on Oct. 9, 2012, which targeted her on a school bus, inflicted a serious head wound that nearly claimed her life and required multiple surgeries. She was treated in Britain and recovered sufficiently to begin attending high school there in March.

Her inspiring story and continued willingness to speak out against the Taliban has already made her a global icon. She's currently conducting a series of high-profile interviews in the U.S. She has just published her autobiography, I Am Malala, and the European Union on Thursday selected her for its annual human rights award.

Malala recently told a Pakistani radio station that others would be more deserving of the Nobel.

Malala began writing and speaking out at age 11 against the Taliban's attempt to limit or bar girls from attending school in Pakistan's Swat Valley, where the Islamist group is a powerful force.

She would be by far the youngest peace prize winner and it would be a pretty nifty award to put on her college application. At present, the youngest winner was Tawakkol Karman, an activist in Yemen who was 32 when she was one of three women to share the award in 2011.

Malala, Pakistani Teen Shot For Demanding An Education, Heads To School In U.K.

There were a record 259 nominations this year, an all-time high, and they include 50 organizations, according to the Norwegian Nobel Committee, which does not divulge the names of the individuals or groups.

However, some nominators publicize their choices, and here are others considered to be in the running this year:

-- Dr. Denis Mukwege, a physician and gynecologist in the Democratic Republic of Congo, who has been a leading figure in the fight against sexual violence, a chronic and widespread problem in his war-torn country.

-- Claudia Paz y Paz, the attorney general in Guatemala who has battled organized crime and human rights abuses. Her most prominent case has been the prosecution of a former military dictator, Gen. Rios Montt.