Accessibility links
What Did The Arab Spring Cost? One Estimate Says $800 Billion : Parallels HSBC says in a new report that GDP in the seven states most affected by the Arab Spring will be 35 percent lower at the end of 2014 than if there had been no Arab Spring. But the damage to those countries is more than to their GDPs alone.

What Did The Arab Spring Cost? One Estimate Says $800 Billion

What Did The Arab Spring Cost? One Estimate Says $800 Billion 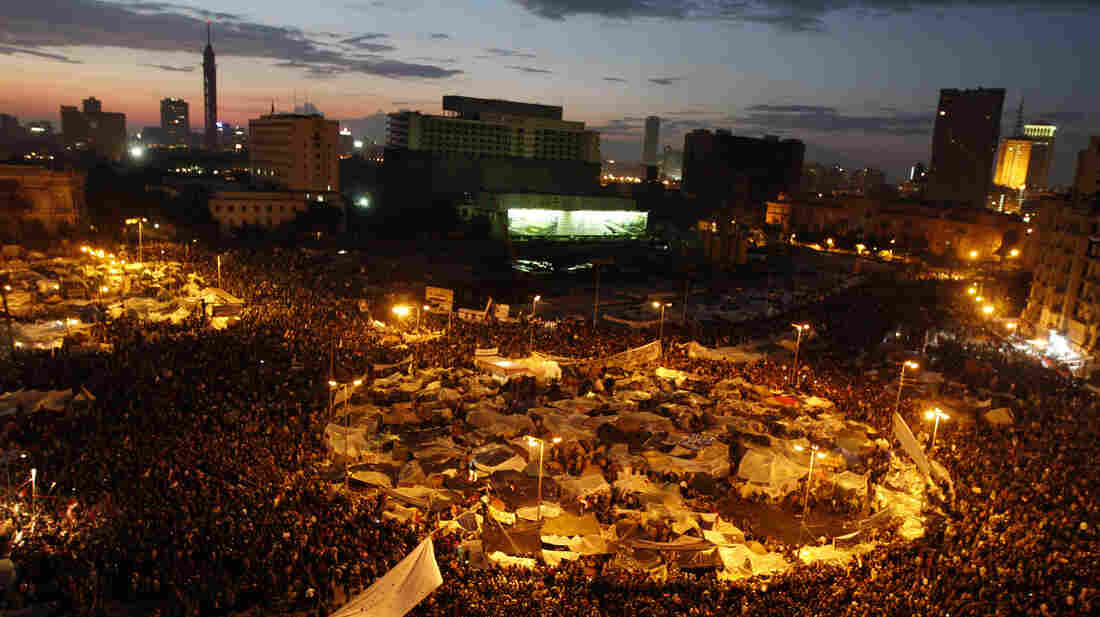 Anti-government demonstrators crowd Cairo's Tahrir Square in February 2011. A report from HSBC says Egypt and other Arab Spring countries will lose a total of $800 billion by the end of next year because of the unrest. Mohammed Abed/AFP/Getty Images hide caption 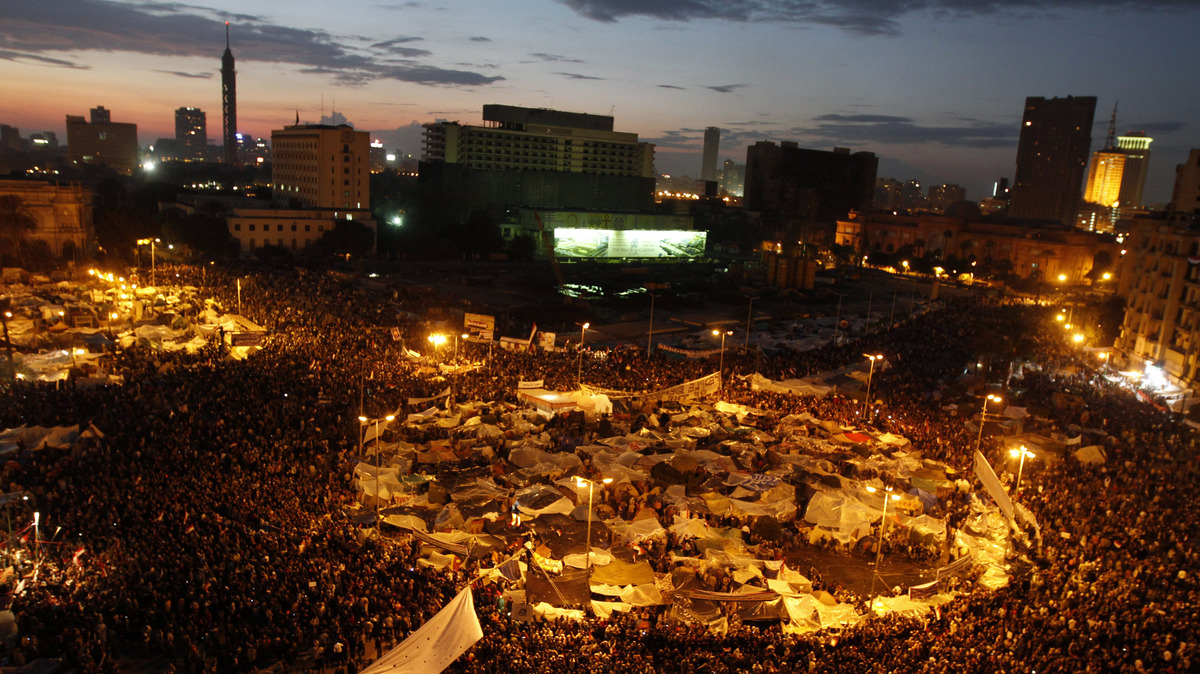 Anti-government demonstrators crowd Cairo's Tahrir Square in February 2011. A report from HSBC says Egypt and other Arab Spring countries will lose a total of $800 billion by the end of next year because of the unrest.

The Arab Spring unleashed massive, region-wide political turmoil, unseated longtime strongmen and it's still playing out. But what did it all cost?

A lot, according to a new report from the bank HSBC:

"Nearly three years on, the economic and human cost of the Arab Spring continues to mount. In the postrevolution states, the impact is obvious: we estimate the value of lost output will top USD800bn by the end of next year. In the [Gulf Cooperation Council], it is more indirect — increased dependence on energy revenues, rising breakeven oil prices, and a stalled reform programme. For both groups, it will be hard to reverse."

The bank looked at seven states most affected by the Arab Spring: Egypt, Tunisia, Libya, Syria, Jordan, Lebanon and Bahrain. It said gross domestic product for those countries will be 35 percent lower at the end of 2014 than if there had been no Arab Spring.

It's worth noting that the end of the Cold War more than two decades ago produced an upheaval in Europe that also had a major economic impact.

Writing in Bloomberg BusinessWeek in 2009, Gabriele Suder, a professor at SKEMA Business School, detailed the costs involved in integrating the economies of Eastern Europe after the fall of the Berlin Wall in 1989.

"This was not painless," she noted.

"Rapidly, Western taxpayers felt the effects on their wallets (the total costs of reunification are estimated to be more than €1.5 trillion, or $2.2 trillion at current exchange rates). Citizens of the West who held ownership or investments in the East before World War II started to claim rights, with more than 2 million claims filed in all."

Of course, many of those Eastern European economies have done well over time, or at least until the global recession in 2008.

But as the Financial Times notes, the damage to the Arab Spring countries hasn't been to GDP alone: Unemployment remains high, and "measure of good governance and the rule of law have declined since 2010."

As we've reported previously, unemployment in the region is among the highest in the world.

"[The rates] are depressingly high if you look at the region as a whole," Sudeep Reddy, an economics reporter for The Wall Street Journal, told Tell Me More host Michel Martin last month.

"About 25 percent of youth, 1 in 4 people, are unemployed, between the ages of 15 and 24 — and that is actually, probably, undercounting the severity of the problem," he said.

And the prospects of much-needed economic reforms are also dim, as Shadi Hamid, director of research for the Brookings Doha Center, told Michel in the same interview.

"It's simply too politically dangerous because that's going to affect the poor, that's going to affect how much bread or fuel costs," he said. "So the question is: Are political leaders willing to actually go through those difficult reforms when that might actually mean that people go to the street and protest? And no one wants to put themselves in that position in one government after another."